THE YOUNGEST ARTIST EVER TO RECORD VIVALDI’S FOUR SEASONS – CHRISTIAN LI . DEBUT ALBUM OUT ON DECCA CLASSICS ON 20 AUGUST 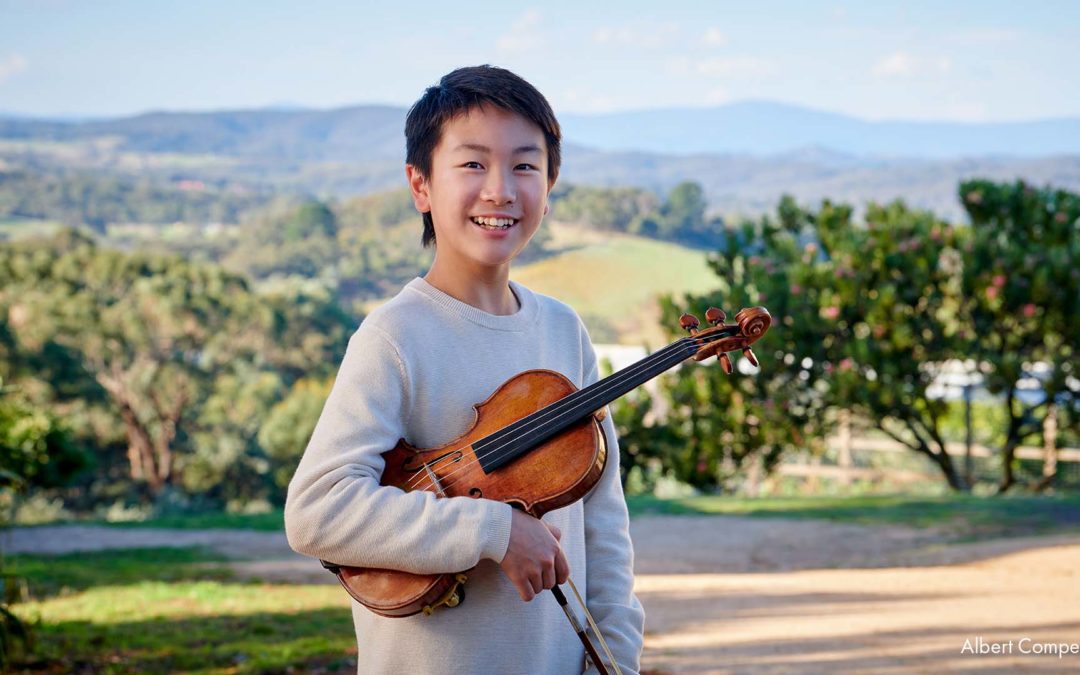 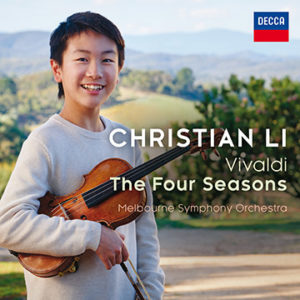 Set for international stardom with the release of his debut album, Christian Li is an extraordinary talent. His remarkably mature musicianship and approach to interpretation, combined with his innate musical passion, have established a promising future for this inspirational young musician.

At only 13 years old, the Australian-Chinese violinist becomes the youngest violinist ever to professionally record Vivaldi’s thrilling chamber work The Four Seasons, included on his new album of the same name, released on Decca Classics on 20 August. Christian’s debut – for which he play-directs an ensemble featuring members of the Melbourne Symphony Orchestra – marks the first recording of The Four Seasons on Decca in 17 years, following in the footsteps of label-mate Janine Jansen.

Born in Melbourne in 2007, Christian is an incredible role model for young people. He first picked up a violin at just five years old and came to international attention in 2018 when he became the youngest-ever winner of the Menuhin Competition, winning the joint Junior 1st Prize in Geneva, aged only ten – his performance of Vivaldi’s ‘Summer’ has since achieved 1.7 million views on YouTube.

Published in 1725, Vivaldi’s The Four Seasons is a special work for Christian, who says, “It’s dramatic, warm and poetic. I can use the music to tell the poems’ storylines, and it was playing ‘Summer’ that I won the Menuhin Competition when I was ten, which I really didn’t expect!”

Christian’s favourite movement is ‘Autumn’, particularly its final movement: “It has lots of action and excitement. The music depicts hunters on horseback chasing down a stag. You can hear horns, you can hear dogs, you can hear guns firing, and all of these effects are made on the instruments.”’

Other works on the album include ‘Fisherman’s Harvest Song’, a traditional folk tune inspired by the fishermen’s harvest in the South China Sea and adapted by contemporary Chinese composer Li Zili.

Christian says, “This is actually the first Chinese piece that I’ve played. To really understand the piece, I went to China to work with a violinist who was a student of the composer. It’s very expressive, with lots of glissandi (slides between notes) reminiscent of the erhu, which is like a Chinese violin, but played vertically like a cello. Erhu players have to slide a lot because there are only two strings, meaning you often can’t just switch strings to find a new note. There’s more shifting of position”.

Bazzini’s ‘La Ronde des Lutins’, a notoriously fiendish work for violin and piano, brims with technical complexities designed to show off the instrument to its full advantage. Other violinists who have recorded this work include Itzhak Perlman, Christian’s hero Maxim Vengerov and Yehudi Menuhin, three world-famous artists.

At the age of nine, Christian won First Prize in the violin category of the Young Artist Semper Music International Competition in Italy and gave many solo and chamber music performances as part of the Semper Music International Festival and Summer Academy. He also performed at Carnegie Hall in New York in the American Protégé Showcase 10th Anniversary concert. In 2014 he won First Prize in the “Golden Beijing” violin competition in China and in 2013, aged just five, Christian was chosen for a TV commercial in China that features him playing the violin.

Christian has achieved phenomenal success on social media, garnering a legion of fans across the world, including vloggers TwoSet Violin. The videos posted since his signing to Decca Classics have reached over  850k views.

Christian Li has captivated audiences around the world with his maturity and virtuosity since he became the youngest-ever joint Junior 1st Prize-winner of the 2018 Yehudi Menuhin International Violin Competition at the age of 10. Performing with the Geneva Chamber Orchestra and the Royal Philharmonic Orchestra London, he also received the Audience Prize and the Composer Award. In 2020 he became the youngest artist ever to sign with Decca Classics and joined the exclusive roster of IMG Artists.

Born in Melbourne Australia in 2007, Christian began learning the violin at the age of 5 and made his solo debut at the age of 9 with the Australasian Orchestra and his professional concerto debut at 10, performing the Mendelssohn Violin Concerto with Orchestra Victoria. In 2019 he made acclaimed debuts with the Melbourne and Sydney Symphony Orchestras, The Australian Brandenburg Orchestra and the China Philharmonic Orchestra an gave highly successful debut UK recitals at the Gower, Harrogate International and Cheltenham Music Festivals. Christian also performed at Festivals in Norway and Israel, including a televised performance at the Tel Aviv Opera House.

Previously, at the age of 9, Christian won First Prize in the violin category of the 2017 Young Artist Semper Music International Competition and performed at Carnegie Hall in New York in the American Protégé Showcase 10-year Anniversary concert. In 2014 he won First Prize in the ‘Golden Beijing’ violin competition in China and in 2013 was chosen for a TV commercial in China that features him playing the violin.