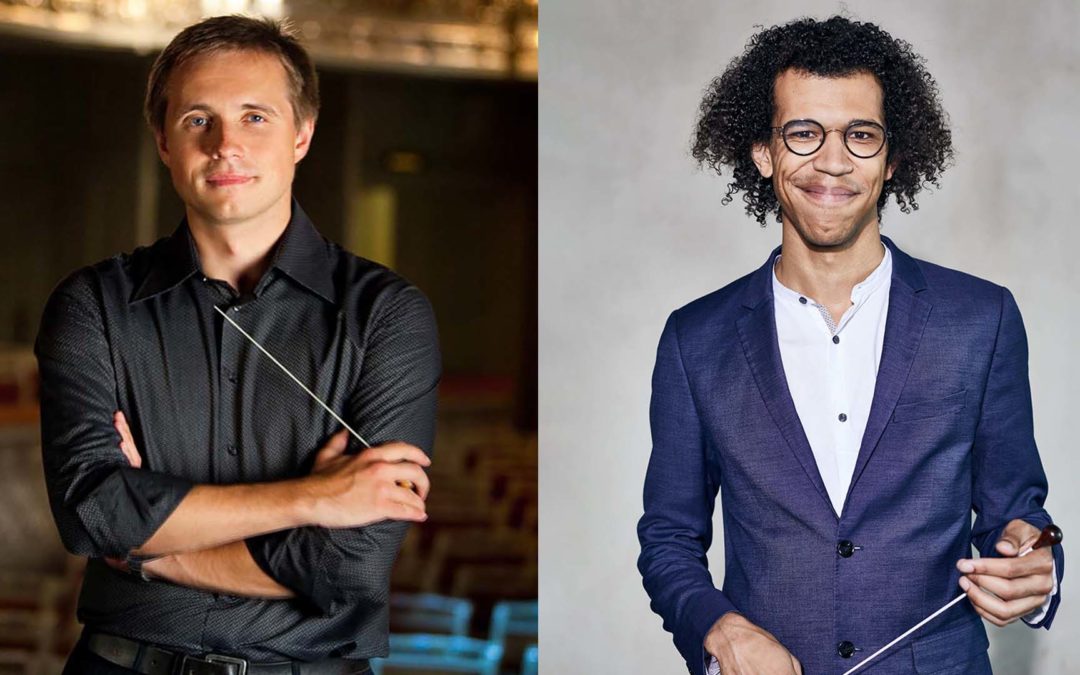 Conductors Vasily Petrenko and Jonathan Heyward both make exciting firsts at the BBC Proms the week of 2 August: Petrenko will return to the BBC Proms for the first time as Music Director of the Royal Philharmonic Orchestra, and Heyward makes his BBC Proms debut conducting the National Youth Orchestra of Great Britain.

The BBC Proms write, “Vasily Petrenko appears for the first time at the BBC Proms in his new role as Music Director of the Royal Philharmonic Orchestra. They are joined by violinist Sayaka Shoji for Respighi’s Concerto gregoriano – a spiritual serenade in which the soloist becomes a wordless cantor, whose plainsong-inspired melodies soar over the orchestra. Two more tributes to the musical past complete the programme: Vaughan Williams’s haunting Fantasia on a Theme by Thomas Tallis takes inspiration from Tudor polyphony, while Mendelssohn’s youthful ‘Reformation’ Symphony climaxes in Martin Luther’s stirring chorale ‘A mighty fortress is our God’.”

The BBC Proms write, “Rising star Jonathon Heyward conducts the talented teenagers of the National Youth Orchestra of Great Britain in one of the all-time symphonic greats. Propelling the symphony into the Romantic age, Beethoven’s ‘Eroica’ is a celebration of scope and drama, a musical depiction of heroism that surges with pioneering spirit. Nicola Benedetti is the soloist in Prokofiev’s Violin Concerto No. 2 with its song-like slow movement – a work whose sardonic wit is balanced by a new lyricism that would come to dominate the composer’s later works. The Prom also includes a new NYOGB commission by British composer, jazz trumpeter and former BBC Radio 3 New Generation Artist, Laura Jurd.”

Jonathon Heyward is forging a career as one of the most exciting young conductors on the international scene. Winner of the 2015 Besançon International Conducting Competition, Jonathon was selected as a Los Angeles Philharmonic Dudamel Conducting Fellow for the 2017-2018 season, later stepping in to make his subscription debut with Hilary Hahn as part of the orchestra’s Bernstein @ 100 Celebration at Walt Disney Concert Hall. The LA Times declared that he had “forged a seamless connection among the music, the orchestra, and the audience” and that “his concert augurs great things to come”.