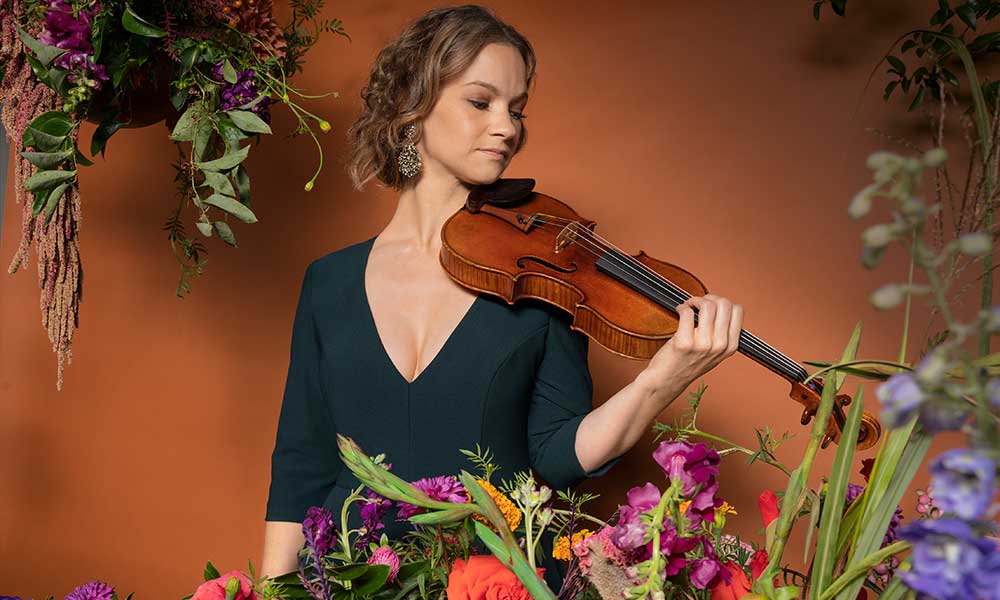 “These pieces together represent a living history of artistic culture. Everything in this recording is a labor of love, for the love of music and for the love of expression.”—Hilary Hahn 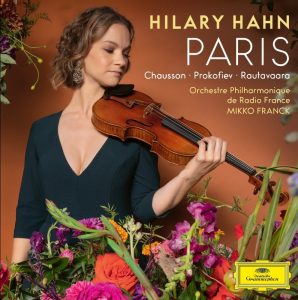 Hilary Hahn’s new recording pays homage to the rich cultural heritage of a city that has been close to her heart throughout her career. Set for international release by Deutsche Grammophon on March 5, 2021, Paris sees the American violinist resume her productive partnership with the Orchestre Philharmonique de Radio France (OPRF) and its Music Director, Mikko Franck. The three-time Grammy Award-winner’s album presents the world premiere of Einojuhani Rautavaara’s Deux Sérénades, commissioned by Mikko Franck. It also includes Ernest Chausson’s Poème and Sergei Prokofiev’s Violin Concerto No.1, which received its first performance in the French capital in 1923.

“Paris,” says Hahn, “is about expression, it’s about emotion, it’s about feeling connected to a city and a cultural intersection, in a way that’s inspiring for the player and the listener. It has Parisian threads all the way through it. But it’s also a big reference to the arc of my career. I’ve been playing in Paris since I was a teenager. Almost every time I’ve played there with orchestra, it’s been with the Orchestre Philharmonique de Radio France.”

The initial idea for recording Paris grew from Hahn’s term as artist-in-residence with the OPRF across the 2018-19 season. Following a 2014 performance of Rautavaara’s Violin Concerto with Mikko Franck, she asked the conductor whether his friend and fellow-countryman might consider writing a second concerto. Franck and Rautavaara discussed the idea of a set of serenades, but it looked as if its realization would be prevented by Rautavaara’s ill health. His death at the age of 87 in July 2016 appeared to settle the matter. Franck was shocked, however, when Rautavaara’s widow showed him the near-complete manuscript of a wonderful, elegiac composition for violin and orchestra.

“Mikko realized immediately that this was our piece,” recalls Hahn. The OPRF commissioned prominent Finnish composer Kalevi Aho, who had studied with Rautavaara, to complete the orchestration. “Our recording is from the February 2019 world premiere, which closed out Rautavaara’s catalogue in an emotional and poignant historical performance. After the final note, Mikko raised the score towards the heavens, acknowledging the composer’s presence in spirit.”

When choosing works to join Rautavaara’s Deux Sérénades on this album, the violinist decided on two pieces rooted in the history of music-making in Paris. Hahn describes Chausson’s Poème as a “quintessentially expressive work,” filled with sweeping contrasts. “In a way, I think of it as a foreshadowing, as Chausson’s personal requiem,” she observes. “But it’s also a celebration of so much joy. It paints the smallest nuances and the biggest gestures.”

Poème was inspired by a short story by Ivan Turgenev, who spent much of his later life near Paris. Its music, however, is free from any literary program, instead veering between moods of melancholy and fiery outbursts. The first Parisian performance of Poème, given in April 1897 by the Belgian virtuoso Eugène Ysaÿe, received a rapturous reception. Chausson was killed in a cycling accident just two years later.

Prokofiev began work on his First Violin Concerto during the early stages of the First World War. He returned to the score in 1917, shortly before Russia’s October Revolution, and completed it before leaving his homeland for exile in New York, then in Paris. The work remained unperformed until October 1923, when it received its belated premiere at the Paris Opéra.

“It’s a rule-breaker of a concerto,” notes Hahn. “It’s one of my favorite pieces to play. I feel like I’m on a racetrack sometimes; at other times I feel like I’m floating in the ether. It’s mercurial – it changes constantly, so it keeps you on your toes as a listener and a performer.”

As well as reflecting Hilary Hahn’s long-held sense of connection with the French capital, Paris encapsulates the unique spirit of artistic collaboration she has developed with the OPRF and Mikko Franck. As she says – and as can be heard here – when they make music together, “notes flow like words in a conversation, timbres exist cohesively, and emotion is embraced rather than exaggerated.”