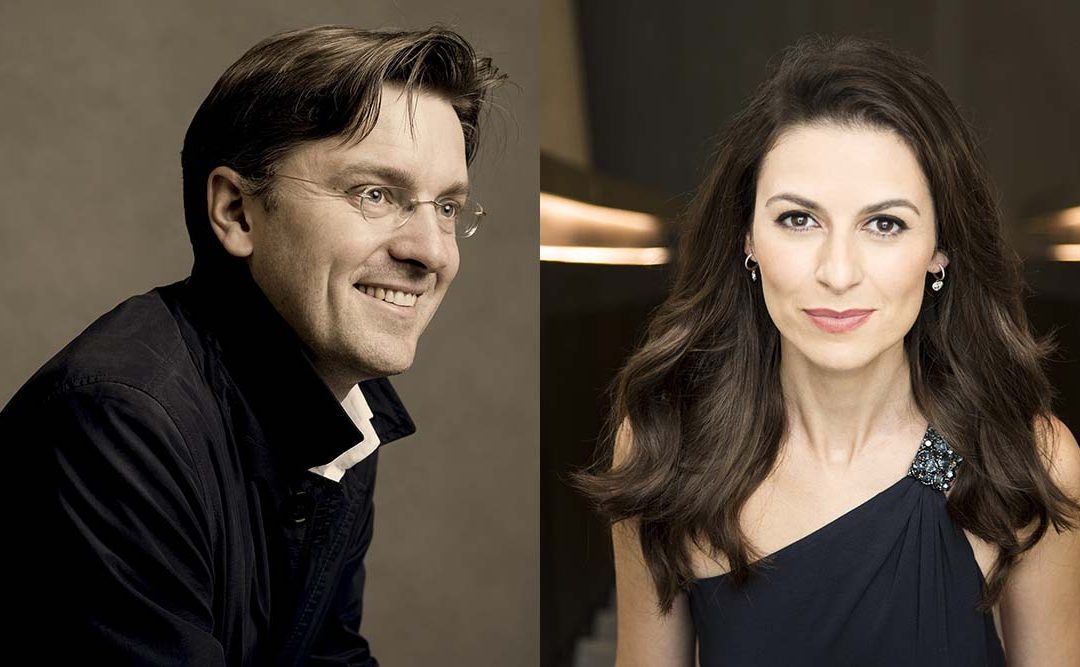 In what promises to be an early highlight of this year’s extensive celebrations to mark the 250th anniversary of Beethoven’s birth, Tomáš Netopil returns to Vienna State Opera to conduct Beethoven’s Leonore (the “first version” of what would become his operatic hymn to freedom and justice, Fidelio) on 1, 5, 8, 11 and 14 February 2020. Directed by Amélie Niermeyer, the production features a superb cast of Vienna’s brightest guest and ensemble singers, including Chen Reiss, Katrin Röver, Benjamin Bruns, Falk Struckmann, Thomas Johannes Mayer, Samuel Hasselhorn, and Jörg Schneider, and with Irish soprano Jennifer Davis making her Viennese debut in the title role.

For IMG Artists’ soprano Chen Reiss, the production also is part of an ongoing in-depth connection with the music of Beethoven. In addition to the Leonore production, she also sings the role of Marzelline again in the Vienna State Opera’s well-loved Fidelio production in May. July will see her first performances across Austria of his mighty Missa Solemnis, with long-time collaborators the Orchester Wiener Akademie and conductor Martin Haselböck. Chen’s new album, Immortal Beloved (Onyx Classics) features rare early arias and concert scenas by Beethoven. The album, featuring Richard Egarr and the Academy of Ancient Music, is available in March. She and the orchestra will present highlights from the recording at concerts in Nuremberg’s Germanisches National Museum ‘Musica Antiqua’ series on 4 March, and at Istanbul’s Cemal Reşit Rey Concert Hall on 5 March. She also has recorded Beethoven’s trio Tremate, empi tremate Op.116 with the Beethoven Philharmonie and conductor Thomas Rösner, which will be released on Odradek Records in May.

As General Music Director at Aalto Musik Theater and Philharmonie Essen, Tomáš Netopil’s other opera productions this season include Rosenkavalier, Le nozze di Figaro and Der Freischütz. In his home country of the Czech Republic, he conducts Martinů’s The Greek Passion for Opera Narodni divadlo Brno. As a highly regarded interpreter of Czech music, Netopil makes his debut at Geneva Opera next season with Janáček’s The Makropoulos Case. On the concert platform this season, he conducts the Orchestra Nazionale dell’Accademia di Santa Cecilia, Czech Philharmonic Orchestra (of whom he is Principal Guest Conductor), Montreal Symphony at the Lanaudiere Festival, the orchestra of Aspen Festival, as well as his own International Summer Academy in Kroměříž.

Following his hugely successful concerts with them in October 2019, Netopil returns to Paris next season to work with the Orchestre National de France. He will also appear with the Salzburg Mozarteum Orchestra, and the Vienna Symphony Orchestra at the Musikverein.

Blessed with “a voice of silver brightness and clarity” (Bachtrack) with “immaculately produced and enticing tone matched by superb musicianship” (Opera News), Israeli soprano Chen Reiss came to prominence as a member of the ensemble of the Bavarian State Opera under the music directorship of Zubin Mehta, and has for a number of years been a resident artist at the Vienna State Opera. She has also performed leading parts at the Théâtre des Champs-Élysées, Teatro alla Scala, Semperoper Dresden, Deutsche Oper Berlin, Netherlands Opera, Wiener Festwochen, Maggio Musicale Fiorentino, Opera Company of Philadelphia and the Israeli Opera. Forthcoming highlights include her return to the Royal Opera House Covent Garden, and her role debut as Ann Trulove in Stravinsky’s The Rake’s Progress at the Teatro dell’Opera di Roma, and in concert her debuts with the Rotterdam Philharmonic, Bamberg Symphony and Czech Philharmonic Orchestras, and her first performances of Strauss’ Four Last Songs, Dvořák’s Stabat Mater and Mahler’s Das Klagende Lied.

For more information and to purchase tickets, please visit www.wiener-staatsoper.at