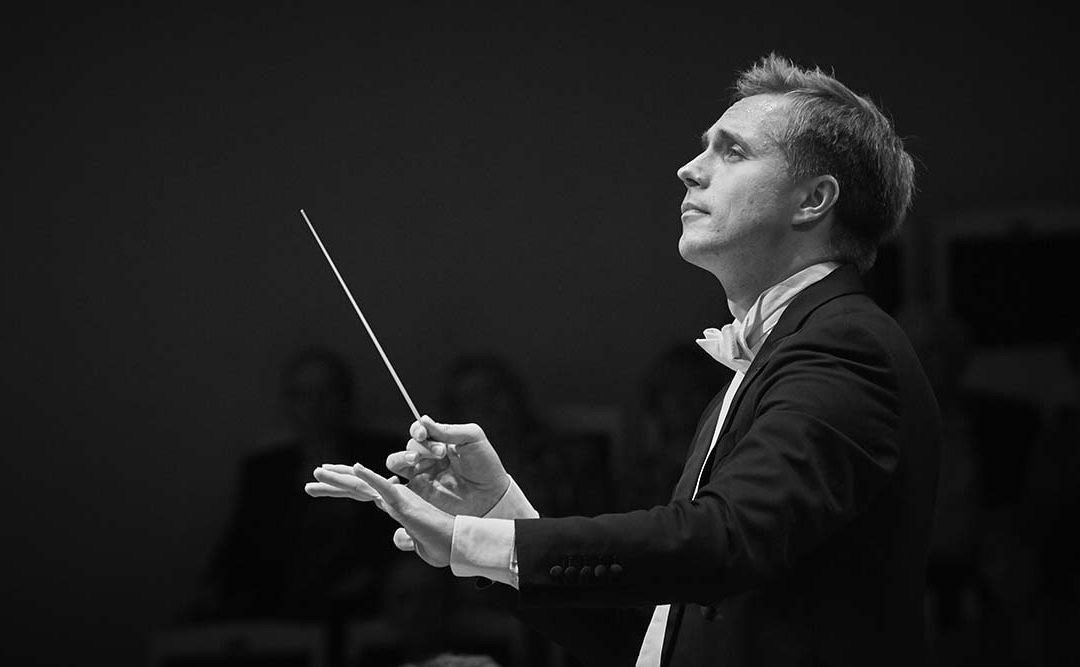 It was announced today that the Ministry of Culture of the Russian Federation has approved the appointment of Vasily Petrenko as Artistic Director of the State Academic Symphony Orchestra of Russia “Evgeny Svetlanov” www.gaso.ru . Succeeding Vladimir Jurowski, who has served in the role since 2011, he will take up the position on 1 September, 2021, at the same time as he formally takes up the position of Music Director of London’s Royal Philharmonic Orchestra.

Vasily Petrenko first conducted the State Academic Symphony Orchestra on 16 February 2008 at the Great Hall of Moscow Conservatory, and in 2016 he became their Principal Guest Conductor. He has now conducted the orchestra in over 50 performances in Russia and abroad, in a wide range of repertoire, including some rarely performed masterpieces, and is also Artistic Director of the ‘Summer.Music.Museum’ which the orchestra hosts at the New Jerusalem Monastery of the Resurrection (Istra, Moscow Oblast).

Olga Lubimova, Minister of Culture of the Russian Federation, stated:

“We are very grateful to Vladimir Jurowski for the years he has dedicated to the development of the orchestra. Under his guidance the Svetlanov State Symphony Orchestra of Russia realised many outstanding projects, including numerous world premieres, and we look forward to a strong continuity in the leadership of the orchestra in the coming years. Vasily Petrenko is well known to the orchestra, bringing an ideal combination of great responsibility and a creative approach to their collaborations. I have no doubt that he will preserve the glorious traditions and the high reputation of the orchestra, and enhance their new projects together with his own distinctive abilities.”

“It is a great honour for me to become the Artistic Director of one of the world’s finest orchestras, to continue the proud history it represents, from its foundation by Alexander Gauk, and expansion under Evgeny Svetlanov and many other conductors, and to develop its profile into the future, in Russia and on the international stage. The orchestra boasts a magnificent team of musicians, and a huge artistic potential. I am so much looking forward to our many concerts together in Moscow and beyond in the upcoming years. Classical music, especially that of the Russian tradition, deserves an even wider recognition and will become a very important source of inspiration and optimism in such difficult times. Our art is a vital force in making the world a better place!”

Born in St Petersburg, Petrenko was educated at the St Petersburg Capella Boys Music School and studied at the St Petersburg Conservatoire where he participated in masterclasses with such luminary figures as Ilya Musin, Mariss Jansons and Yuri Temirkanov. Petrenko steps down at the end of this season from his 15 year tenure leading the Royal Liverpool Philharmonic, which has brought enormous critical and popular acclaim – he will take on the title of their Conductor Laureate from the 21/22 season – to become the first ever Music Director of the Royal Philharmonic Orchestra of London. He continues to holds the post of Chief Conductor of the European Union Youth Orchestra (since 2015) and served as Chief Conductor of the Oslo Philharmonic Orchestra (2013-2020), Principal Conductor of the National Youth Orchestra of Great Britain (2009–2013), and Principal Guest Conductor of the Mikhailovsky Theatre, where he began his career as Resident Conductor (1994–1997). He has worked with many of the world’s most prestigious orchestras including the Berlin Philharmonic, Gewandhausorchester Leipzig, Cleveland and Philadelphia Orchestras, the London, Chicago and Boston Symphonies, Accademia Nazionale di Santa Cecilia, St Petersburg Philharmonic and the Orchestre National de France. He has appeared at the Edinburgh and Grafenegg Festivals and made frequent appearances at the BBC Proms, and conducted widely on the operatic stage, including at Glyndebourne Festival Opera, the Opéra National de Paris, Opernhaus Zürich, the Bayerische Staatsoper, and the Metropolitan Opera, New York.

The State Academic Symphony Orchestra of the Russian Federation gave its debut performance under the baton of Alexander Gauk and Erich Kleiber on 5 October 1936 at the Great Hall of the Moscow Conservatory, and was subsequently led by Natan Rakhlin (1941-1945), Konstantin Ivanov (1946-1965), and Evgeny Svetlanov (1965-2000). On 27 October 2005 the State Academic Symphony Orchestra was officially named after Evgeny Svetlanov. From 2000 to 2002 the orchestra was headed by Vasily Sinaisky, and from 2002 to 2011 by Mark Gorenstein. In 2011 Vladimir Jurowski was appointed as the Artistic Director of the orchestra, which has performed at the most prestigious venues, including the Great Hall of the Moscow Conservatory, Tchaikovsky Concert Hall, Bolshoi Theatre, Pillar Hall of the House of the Unions, the State Kremlin Palace (Moscow), Carnegie Hall (New York) , the Kennedy Center (Washington, DC), Musikverein (Vienna), the Royal Albert Hall (London), Salle Pleyel (Paris), Teatro Colon (Buenos Aires), and Suntory Hall (Tokyo).