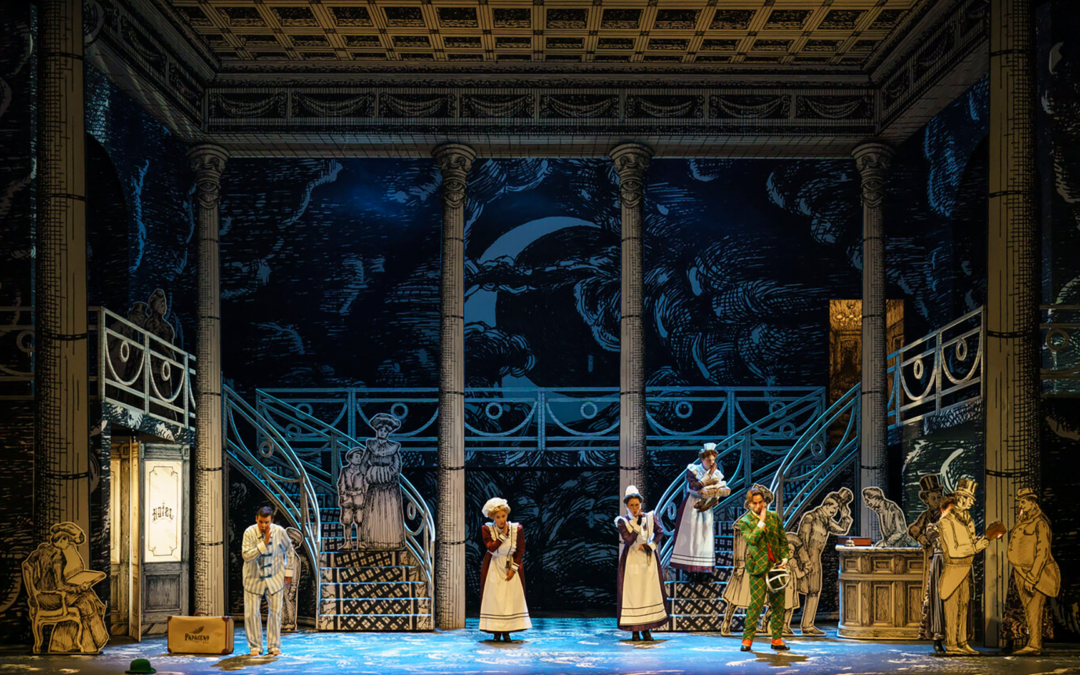 Barbe & Doucet’s production of Mozart’s Die Zauberflöte (The Magic Flute) will be available to watch on Swedish TV Mezzo.tv from this weekend (2 July) until the 29 July. The 2019 Glyndebourne Festival production, described as, “a visual feast of eccentricity” (The Guardian), starred tenor David Portillo as Tamino with mezzo-soprano Marta Fontanals-Simmons as Deuxième Dame.

Since they joined forces in 2000, Franco-Canadian director-designer duo André Barbe and Renaud Doucet have become synonymous with a certain kind of production. ‘Quirky’, ‘colourful’ and ‘larger than life’ are descriptions that come up again and again in reviews. The duo have collaborated on many operas – La Cenerentola, Cendrillon, Rusalka, Die Feen, The Sound of Music –  but Mozart’s Die Zauberflöte was notably absent, a work they have turned down on three separate occasions over the past 20 years. “…Everyone kept telling us that it was the perfect piece for us, but much as we love the music we found the libretto deeply problematic…there are well-established difficulties with the text…we felt strongly that we either had to find a way to justify and embrace everything, to be truthful to both the music and the text.”

William Hartston from Sunday Express says “I hugely enjoyed the sheer lunacy of this production by the French-Canadian director-designer duo André Barbe and Renaud Doucet…the humour is original and unrestrained.”