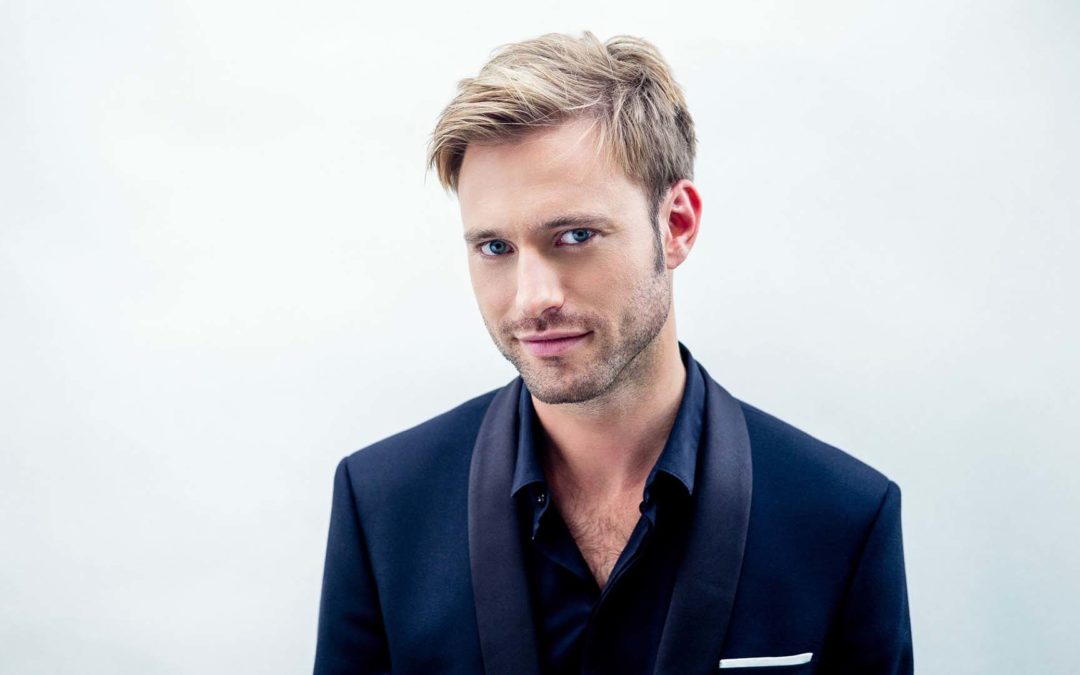 Baritone Benjamin Appl stars as Jesus in Calixto Bieito’s production of Bach’s St John Passion. Filmed on 10 and 11 May at the Théâtre du Châtelet, this coproduction between Théâtre du Châtelet and Teatro Arriaga de Bilbao, will be available for streaming from 4 June, 2021 at 19:00 CET – 4 December.

Théâtre du Châtelet writes, “Bach’s seminal work of sacred art paints a monumental fresco of life’s journey to redemption. Calixto Bieito, one of the most exciting directors of his generation, directs this dramatised oratorio. With the help of an excellent cast, the period orchestra Les Talens Lyriques and a group of amateur singers which form the chorus at the heart of the narrative, he leads us into dialogue with this work today to confront pain and death.”

Hailed as “the most promising of today”s up-and-coming song recitalists” (Financial Times), baritone Benjamin Appl is celebrated by audiences and critics alike for a voice that “belongs to the last of the old great masters of song” with “an almost infinite range of colours” (Suddeutsche Zeitung), “exacting attention to text” (New York Times), and artistry that”s described as “unbearably moving” (The Times). Named Gramophone Award Young Artist of the Year in 2016, Appl was a member of the BBC New Generation Artist scheme from 2014-16, as well as a Wigmore Hall Emerging Artist and ECHO Rising Star for the 2015-16 season, appearing at major venues throughout Europe, including the Barbican Centre London, Concertgebouw Amsterdam, Wiener Konzerthaus, Philharmonie Paris and Cologne and the Laeiszhalle Hamburg.

An established recitalist, he has performed at the Ravinia, Rheingau, Schleswig Holstein, Edinburgh International, Life Victoria Barcelona, Leeds Lieder and Oxford Lieder festivals, deSingel Antwerp, Heidelberger Frühling, and at the KlavierFestival Ruhr. He has performed at major concert venues including Festspielhaus Baden-Baden, Het Concertgebouw, Amsterdam, Elbphilharmonie Hamburg and the Musée de Louvre, Paris, in addition to which he is a regular recitalist at Wigmore Hall and at the Schubertiade Hohenems and Schwarzenberg. He works closely with pianists Graham Johnson and James Baillieu.

Sung in German. Subtitles are available in English and French with the option of auto-translation into over 100 other languages.

Please visit operavision.eu for more information and to watch the stream.