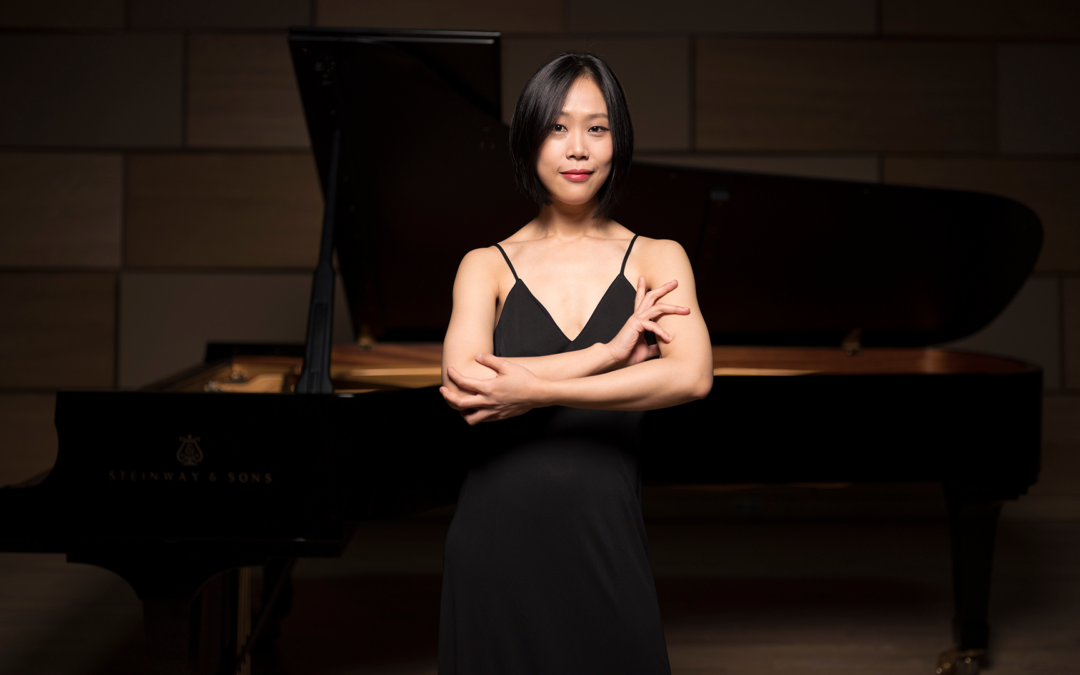 Pianist Yeol Eum Son began her Australian debut tour with a recital performance for the 2022 Harris International Piano Series in Adelaide on 19 August. The programme featured an eclectic programme comprised of Guillaume’s 3 Pièces for Piano, Stravinsky’s The Firebird Suite, Hirtz’s Wizard of Oz Fantasy, Janáček’s Piano Sonata 1.X.1905, “From the Street”, and Kapustin’s Piano Sonata No. 2.

On the 22 August, she performs a recital presented by Melbourne Recital Centre at Elisabeth Murdoch Hall. The programme features Haydn’s Andante with Variations in F minor, Tchaikovsky’s Theme & Original Variations in F, Pärt’s Variations for the Healing of Arinushka, Alkan’s 12 Etudes in All the Minor Keys and No.12 Le Festin d’Ésope in E minor, Franck’s Prelude, Fugue and Variation, Rachmaninoff’s Variations of a theme of Corelli and Kapustin’s Variations. On the 5 September she will play the same programme for her Sydney Symphony Orchestra recital debut.

Yeol Eum will then make her Australian orchestral debut on the 25 and 27 August with Melbourne Symphony Orchestra, playing Ravel’s Piano Concerto in G at Hamer Hall. The programme, conducted by Jaime Martin, also features the Australian premiere of Thomas Adès Exterminating Angel Symphony and Sibelius’ Symphony No.5. Following this Yeol Eum will make her Tasmania Symphony Orchestra debut playing Chopin’s Piano Concerto No 2 in F minor on 2 September. She will then perform three concerts for her orchestral debut with the Sydney Symphony Orchestra on the 9-10 September playing Mozart’s Piano Concerto No. 20. The programme also features Andrew Howes Luminifera – Wild Light for Orchestra, Brahms’ Variations on a Theme by Joseph Haydn, and Rachmaninoff’s Symphonic Dances.

In an interview with Limelight when asked about her choice of recital programme Yeol Eum explains “Well, there are so many piano recitals and so many great pianists. People are used to all of this great repertoire, and I just want to be a bit different. I’m not interested in showing virtuosity. Of course, it’s a nice thing to show off how great we are, but I just want to speak more about the music, and the connections and stories between these pieces. I also want to portray the whole thing as one picture, so people have one great impression after listening to my recital.”

Across the 22/23 season, Yeol Eum will feature as Artist in Residence with the Residentie Orchestra in the Hague. Further season highlights include debut’s with the BBC National Orchestra of Wales, Scottish Chamber Orchestra, Finnish Radio Symphony, NDR Radiophilharmonie Hanover, Orquesta Sinfónica del Principado de Asturias and Musikkollegium Winterthur. In Northern America, following recent debut with the San Diego Symphony, Yeol Eum looks forward to her debuts with the Detroit Symphony and the Saint Paul Chamber Orchestra.

Multi-award-winning South Korean pianist Yeol Eum Son is famed for her power, her poetry and her remarkably perceptive playing. Her graceful and timeless interpretations, crystalline touch and versatile, thrilling performances have caught the attention of audiences worldwide. She is highly regarded as a brilliant virtuoso whose playing has a rare balance between enormous kinetic energy and substantial gravity.