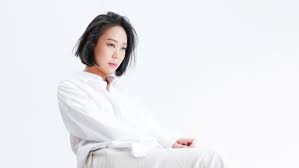 Yeol Eum Son returns to Deutsche Radio Philharmonie. She will perform Beethoven’s Piano Concerto No. 5 “Emperor” in E-flat Major, Op. 73, with conductor Pietari Inkinen, on 23 September in Saabrücken and 24 September in Kaiserlautern.

Yeol Eum Son’s graceful and timeless interpretations, crystalline touch and versatile, thrilling performances have caught the attention of audiences worldwide. She is highly regarded as a brilliant virtuoso whose playing has a rare balance between enormous kinetic energy and substantial gravity. Yeol Eum performs all over the world as a recitalist and soloist with orchestras. An avid chamber musician, in 2018 Yeol Eum was appointed Artistic Director of Music in PyeongChang Festival, being responsible for programming both summer and winter editions at the Olympic site in PyeongChang.