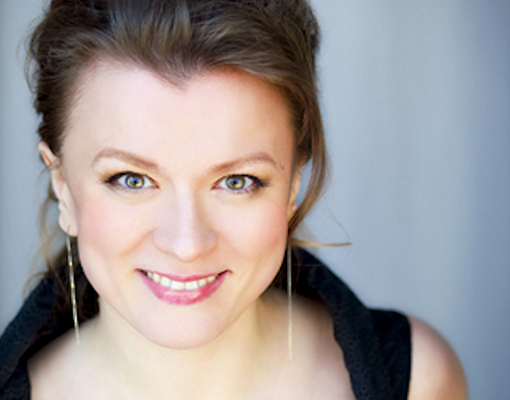 Hailed as a “soprano of ravishing, changeable beauty, blazing high notes and magnetic stage presence” by Opera News, Lyubov Petrova’s recent highlights include returns to Florida Grand Opera as Countess Almaviva in Le nozze di Figaro, and for her first performances as Tatyana in Eugene Onegin, her first performances of Freia in Das Rheingold with both the London Philharmonic and Odense Symphony Orchestras, Sophie in Der Rosenkavalier at the Bolshoi Theater in Moscow, Sofya in Prokofiev’s Semyon Kotko with Vladimir Jurowski conducting the Netherlands Radio Philharmonic at the Amsterdam Concertgebouw, and a return to the Metropolitan Opera New York as Susanna in Le nozze di Figaro. She also joined Bard Music Festival for Marfa in The Tsar’s Bride, and on the concert stage gave her first performances of Beethoven’s Symphony No. 9 with the Philharmonia Orchestra under Jakub Hrusa, and Britten’s War Requiem with the Royal Philharmonic Orchestra under Vasily Petrenko, in London’s Royal Festival Hall and Royal Albert Hall respectively. She also sang Mozart’s Exsultate Jubilate with the San Antonio Symphony, Shostakovich’s From Jewish Folk Poetry at Music@Menlo, and returned to La Jolla Music Festival for performances Villa-Lobos’ Bachianas Brasileiras and selections of Schubert Lieder.

Winner of the 1999 International Elena Obraztsova Competition and the 1998 International Rimsky-Korsakov Competition, the New York based Russian soprano Lyubov Petrova trained at the Tchaikovsky Conservatory in Moscow and on the Metropolitan Opera’s Lindemann Young Artist Development Programme, and made her Metropolitan Opera debut as Zerbinetta in Ariadne auf Naxos. She subsequently returned for numerous roles including Sophie in Der Rosenkavalier, Pamina in Die Zauberflöte, Norina in Don Pasquale, Sophie in Werther, Nannetta in Falstaff, Oscar in Un ballo in maschera, Blondchen in Die Entführung aus dem Serail, Xenia in Boris Godunov, and Woglinde in Das Rheingold. In an extensive North American career, she has appeared at the Dallas Opera in Gounod’s Roméo et Juliette, the Los Angeles Opera as Zerbinetta, the Pittsburgh Opera as Juliette, Lucia di Lammermoor and Gilda in Rigoletto, as Oscar in Un ballo in maschera at Houston Grand Opera, Sophie in Der Rosenkavalier with the Atlanta Symphony Orchestra and Lucia di Lammermoor and Zerbinetta with Washington National Opera. She has also performed Cleopatra in Giulio Cesare with Glimmerglass Opera; the title role of Lakme at the Spoleto Festival, and Elvira in I puritani with Palm Beach Opera.

Further afield her roles have included Offenbach’s Four Heroines in Les contes d’Hoffmann with New Israeli Opera; Despina in Così fan tutte at the Hyogo Performing Arts Center in Japan; Violetta in La traviata with Korean National Opera; the title role in Massenet’s Manon at the Teatro Massimo in Palermo; the title role in Martin y Soler’s L’arbore di Diana at the Teatro Real; Gounod’s Roméo et Juliette with the Netherlands Opera, Adalgisa in Norma at the Bellini Festival in Catania; Zerbinetta in Ariadne auf Naxos with Opéra National de Paris and the Teatro Real; Pamina in Die Zauberflöte and Valencienne in Die lustige Witwe at the Teatro Colón; Angelica in Orlando at the Palau de les Arts Reina Sofia in Valencia; Aristea in L’Olimpiade at the Pergolesi Festival in Jesi, Italy; Lisinga in Rossini’s Demetrio e Polibio at the Teatro San Carlo di Napoli; and Adele in Die Fledermaus and Louisa in Betrothal in a Monastery with Glyndebourne Festival Opera and in subsequent performances at the BBC Proms at London’s Royal Albert Hall. With Opera Novaya in her native Russia, she has sung Violetta, Lyudmila in Glinka’s Ruslan and Lyudmila, the title role in Rimsky-Korsakov’s Snow Maiden, and Marfa in Rimsky-Korsakov’s Tsar’s Bride.

Lyubov Petrova is a regular performer on the symphonic and concert circuit. She has sung Brahms’ Ein deutsches Requiem with the Hong Kong Philharmonic and Rachmaninov’s The Bells with the Florida Orchestra and the Russian National Orchestra, and Artiomov’s Requiem with the Russian National Orchestra; Bach’s Magnificat and Haydn’s Nelson Mass with Helmuth Rilling conducting the Moscow Conservatory Orchestra; and Mozart’s Exsultate, jubilate with the Moscow Chamber Orchestra. She has also sung a program of Johann Strauss with Julius Rudel conducting the New Jersey Symphony Orchestra and joined the Pressburger Symphoniker at the Schloss Esterhazy in Austria for a concert of Rossini, Donizetti, Bellini, Mozart, and Bizet.

She has most recently released recitals of Tchaikovsky and Rachmaninov songs, highly praised by Gramophone Magazine for her “elegant vocalisation […] a cleanly produced voice with a wonderful legato, fine instincts for expressive phrase shaping and ample tone for shading the music that never grows unwieldy. Petrova’s soft singing is a marvel.” Her wider discography includes Rachmaninov’s The Bells on Warner Classics under Jose Serebrier, Die Fledermaus and Betrothal in a Monastery from Glyndebourne Festival Opera (the former as a DVD and the latter as a CD), a DVD of Pergolesi’s L’Olimpiade, and she also starred and sang as the Queen of the Night in the 2006 film of The Magic Flute directed by Kenneth Branagh.

“… Poulenc’s music is so elegant, melodious and harmonious that it is absolutely impossible not to feel full reverence for it! This, of course, is the merit of both the musicians of the orchestra, and the conductor, and the amazingly live sound of the choir, and the magnificent soloist Lyubov Petrova. The singer feels the essence of this music with amazing precision and subtlety, filling it with lively and deep colours of musical drama…”

“The high class of the singer manifested itself literally in everything: impeccable intonation, evenness and clarity of voice in every register; singing that does not betray any technical problems, with every note placed with precision; a wide and nuanced palette of colour that Petrova always uses skilfully. I was struck by her incredible diction, which, as you know, can be a problem especially for high female voices: thanks to Petrova’s clear words, all the details of the meanings were conveyed without any loss. With the text, with the truthfulness of the emotional content, the correspondence of the character of the work to the character of the sound, with true accents, Petrova was absolutely masterful. You completely believe her – the technical brilliance allows her to create freely and truly capture the listener. A magnificent vocal form and a deep understanding of the music performed puts Petrova on a par with the most significant singers of the present and past.”

“The return of Russian soprano Lyubov Petrova to SummerFest is the kind of miracle for which this critic prays regularly. To the 2015 SummerFest she brought her magnificent interpretation of songs by Rachmaninoff and Shostakovich, and her gripping account of Antonín Dvořák’s set of seven Gypsy Songs, Op. 55, on Saturday (sung in the original Czech) equaled her performance of the Russian repertory. Her ample, shimmering soprano builds beautifully as it ascends, but what sets her apart is her irresistible emotional communication. Whether she sings of love, death, sorrow, or the Roma’s zeal for freedom, she never merely sings about these states—she incarnates them and forces her listeners to confront them. If you just want to hear someone sing pretty songs, don’t go to Petrova. But if you are willing to have your soul touched—seared maybe—she is the one!”

“In a musical highlight of the evening, soprano Lyubov Petrova’s Countess balanced a dolce upper range and thoughtful musicality with effusive regality and confidence. Petrova’s “Dove sono” melted into breathtaking diminuendi, while her triumphant pause in response to the unfaithful Count’s pleas for forgiveness captured a commanding presence and deft comic pacing – even without singing a single note, Petrova caught some of the show’s biggest laughs.”

“a magnificent heroine – Lyubov Petrova read Pushkin’s Tatyana masterfully from the vocal technology point of view, and at the same time without depriving the heroine of the heart awe, with truly noble intonations.”

“As Countess Almaviva, Lyubov Petrova was royalty in more ways than one. Her aristocratic demeanor masked the anguish at her husband’s faithlessness but she could be playful with the page boy Cherubino and she brought off the final masquerade (disguised as her maid Susanna) with aplomb despite the stilted staging. Most importantly Petrova has a ravishing, sizable voice that can spin “Porgi amor” and Dove sono” in long legato phrases, her silvery top recalling Mozart sopranos of a bygone era.”

“Lyubov Petrova’s voice is gorgeous in the melancholic renditions of ‘Porgi, amor’ and ‘Dove sono’, and her husband’s plea for pardon is accepted with touching sincerity.”

“Elegant vocalisation […] Petrova has a cleanly produced voice with a wonderful legato, fine instincts for expressive phrase shaping and ample tone for shading the music that never grows unwieldy in some of Tchaikovsky’s more modest creations. It’s a young voice and a young sensibility…When she sings of ‘magic stillness’ in ‘A Dream’, you hear it in her voice. Petrova’s soft singing is a marvel.”

“The evening’s highlight was Lyubov Petrova’s glorious performance of Bartok’s rarely heard “Falun,” a setting of five Slovak folk songs that sample different stages in the life of a woman. Petrova has a lustrous, powerful voice that painlessly filled the hall, and she summoned the gamut of emotions called for by the text.”

“A soprano of ravishing, changeable beauty, blazing high notes and magnetic stage presence, Lyubov Petrova captured the naïveté and purity of Gilda with eloquent, refined singing… marvelously spun on threads of silken tone, and the soprano was equally compelling when the temperature rose in the subsequent acts.”

“The Russian soprano’s vocal abilities are technically superb (one could hear various iterations of whispered “wows” among audience members throughout the evening as she executed especially impressive arpeggiated passages and messa di voce inflections). But what lies behind Petrova’s vocal fireworks is perhaps even more impressive: her nuanced attention to how each choice she makes furthers the arc of her role. Action (as in the driving force behind “acting”) is not always the first aspect of an operatic performance to spring to mind. Yet Petrova is able to couple the best of both worlds: a keen sense of her character’s objectives and tactics alongside the technical rigor to connect these actions to the complicated vocal passages Donizetti has laid before her.”

“Ms. Petrova was a vocally scintillating and delightful Zerbinetta.”

“The sheer personality of Lyubov Petrova’s singing is really notable, her ability to achieve such a delicate airiness and nuance in the quietest high register notes, a natural feeling for the internal contrasts of the music. She can then demonstrate an immediate change of mood for dramatic climaxes, enhancing the expressive presentation of the poetic texts.” 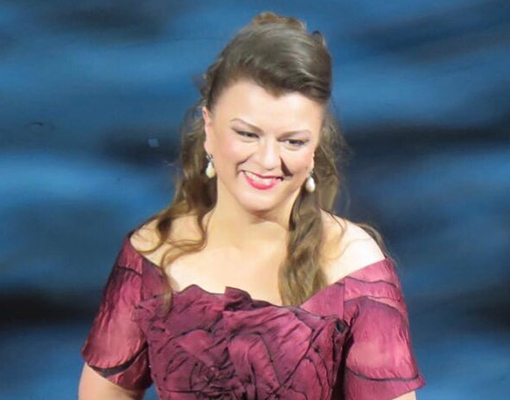 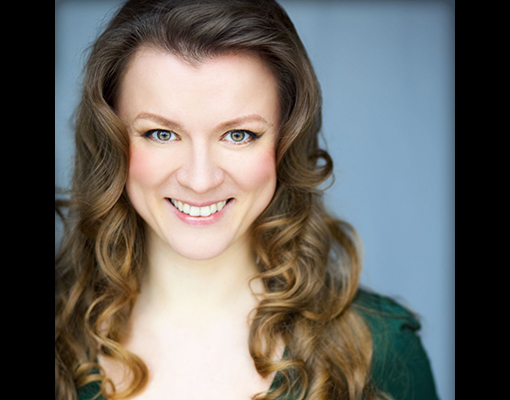 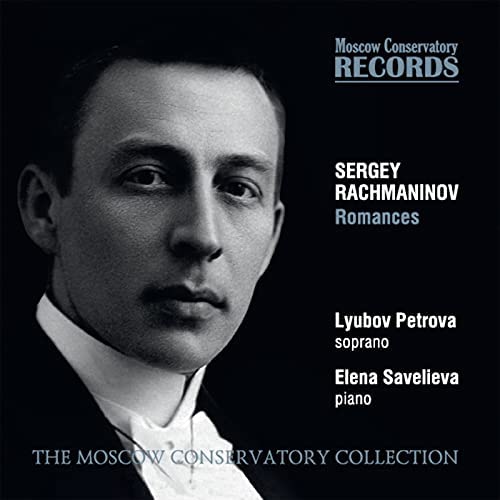 Prokofiev, Betrothal in a Monastery