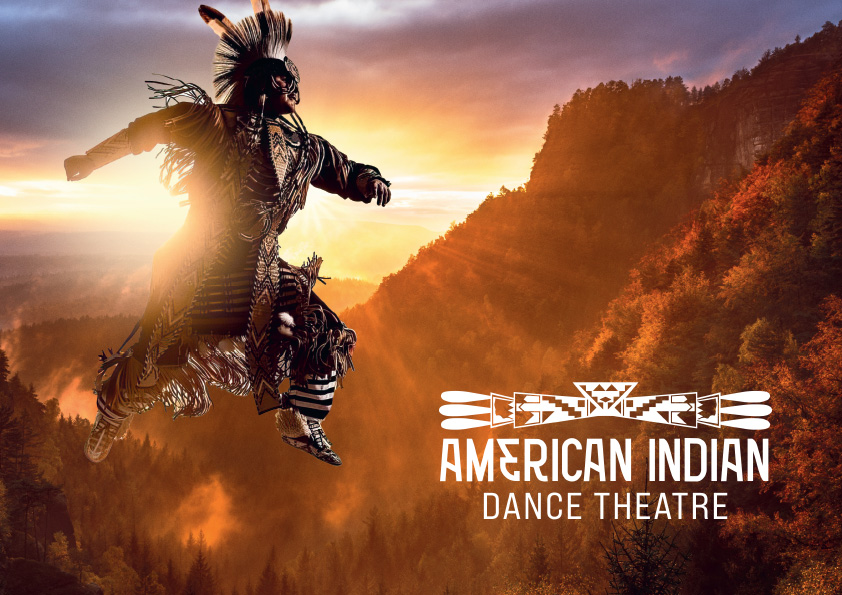 The American Indian Dance Theatre announces its much-awaited comeback! The internationally acclaimed, premiere Native American performing ensemble with a new cast of genuine talent representing tribes from across the United States and Canada. In the 2023-24 season, the company will present a powerful new dance drama, Healing Mother Earth (Tsaw Dawm Gyah Ah Kahn Banh), dramatizing through dance, live music and ceremonial spectacle, the crisis of our lifetime: the struggle to save and preserve the Earth from the ravages of climate change and human abuse. This is a show for every human and being on the planet, an urgent message for audiences around the world.

“The Joyce Theater has seen many a dance troupe, but never one like this – this program is a fascinating one – filled with male bravura and female virtuosity….a feast for the eye!”  – The New York Times

“This is surely a new dimension for some very old dances, and a new development for American dance as a whole…..sheer spectacle with a transcendental spirituality!” – New York Post