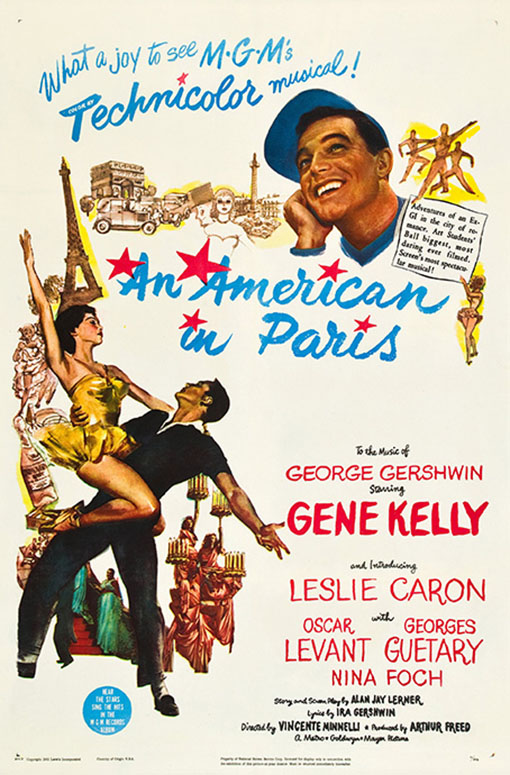 An American In Paris

Winner of six Academy Awards® – including Best Picture – and one of the American Film Institute’s Top 10 Greatest Movie Musicals of All Time, An American in Paris stars Leslie Caron and Gene Kelly and features the timeless original music and lyrics by George and Ira Gershwin.

Sing along to some of the iconic tunes including: “Embraceable You,” “Nice Work If You Can Get It,” “I Got Rhythm,” “’S Wonderful” and “Love is Here to Stay.” And watch as the orchestra accompanies the greatest and, arguably, the most famous ballet ever filmed on the big screen.

An American in Paris has its world premiere with the Indianapolis Symphony March 3-5, 2017.