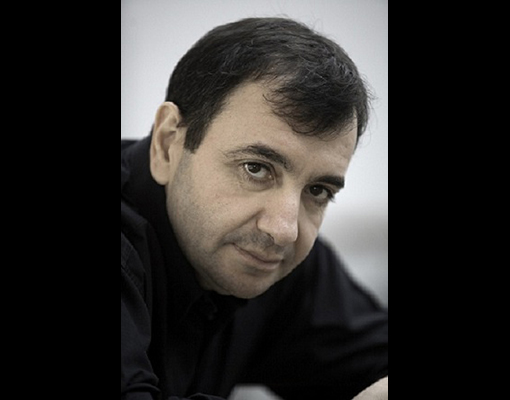 A violinist of an outstanding talent. His powerful, unlimited technique and extraordinary musicality made him legendary from the very young age. Anatol KARAÉV’s performance of “Last Rose of Summer” by Ernst, Capriccios and “La Campanella” by Paganini, “Carmen Fantasy”, Sonatas by Ysaÿe among others amaze and admire today’s audiences.

Antatol KARAÉV is one of the few violinist in the World, who performs all 24 capriccios by Paganini in one concert – live!

Mr. Karaév has frequently performed over the whole former Soviet and in West Europe (since 1992 Mr. Karaév lives in France) with recitals and symphonic programs. His performances of not only Sibelius, Tchaikovsky, Prokofiev, Glazunov, but also Haydn, Mozart, Vivaldi and, certainly, Paganini and Wieniawsky violin concertos (especially No 1 fis-moll) was acclaimed by critics and audience for their stylistic and technical perfection.

Mr. Karaév started his violin studies at the age of 7 and in three years, at the age of 10, he has already made his first appearance with the Byelorussian State Symphony Orchestra. In 1974, at the age of 12, he won sensationally the Whole Belorussian Violin Competition.

From 1977 until 1986 – studies in Minsk and Moscow with professor Maya Glezarova (a famous Russian teacher, whose students was such violinist as Viktor Tretiakov, Vladimir Spivakov, Mikhail Kopelman etc.) and professor Olga Parhomenko (on of the best pupils of David Oistrakh).