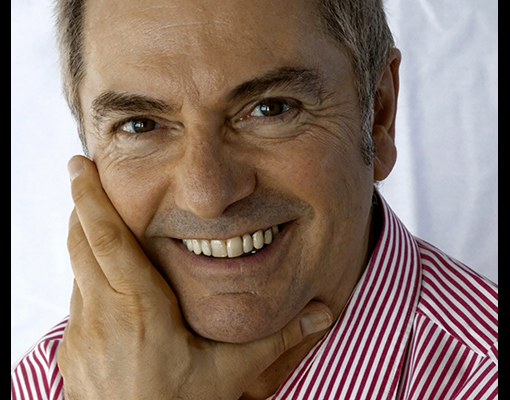 Andreas Jaeggi was born in Basel, Switzerland. After studying with Maria Stader and graduating from the International Opera Studio in Zurich, he went on to perform as an artist-in-residence in the German opera houses of Osnabrück, Kiel and Dortmund (where he learned and interpreted all the roles in his register, from the Tanzmeister to David, from Ferrando to Freddy in My Fair Lady). He was then invited to perform at numerous international opera houses such as the Grand Theatre of Geneva (The Seven Deadly Sins, Mahagonny, Fiery Angel ), the DNO in Amsterdam (Fiery Angel, The Brigands, der Fledermaus), the Cologne Opera House (The Bartered Bride and the world creation of Gauklermärchen by Konzelmann/Ende), the Deutsche Oper am Rhein of Düsseldorf and Duisburg (Flying Dutchman, The Bartered Bride), the Opéra du Rhin of Strasbourg and Mulhouse (Narraboth in Salomé, The Makropoulos Affair, The Voyages of Mr. Broucek), the Lisbon Opera House, Opera Ireland in Dublin (Monostatos in Magic Flute), the Basel Theatre (Bardolfo in Falstaff ), the Nantes/Angers Opera (Lenny in Of Mice and Men by Steinbeck/Floyd, Powder Her Face by Adès, also in Metz and Antwerp).

Since 1976, Andreas Jaeggi has been a member of the Compagnie Alain Germain and has participated in most of the creations of this Paris-based contemporary musical theatre company. He has been a regular guest with the English Bach Festival (title roles in Mozart’s Mitridate and in Gluck’s Orphée, Pylade in Iphigenia in Tauris, Pygmalion and the lead role in Rameau’s Naïs), with performances at the ROH at Covent Garden in London, at the palace of Charles V at the Alhambra in Granada and at the Herodes Atticus theatre at the Acropolis in Athens.

His concert and recital appearances include Haendel’s Theodora at the Opéra-Comique in Paris, Krenek’s Jonny spielt auf for the National French Radio, Mozart’s Mason Cantatas at the Châtelet in Paris, the world creation of Brot und Spiele by Wiesemann with the Symphony Orchestra of Bochum, Schnittke’s Faust Cantata in Rotterdam for the Dutch Radio AVRO, Sprache by Denis Cohen for the Festival Musica in Strasbourg, Martinů’s Juliette ou la Clef des songes with the BBC Symphony Orchestra at the Barbican in London, as well as Schumann’s Dichterliebe, The Journal of One Who Disappeared by Janáček and Debussy’s Five Poems by Baudelaire.

Andreas Jaeggi has participated in the international festivals of Orange, Aix-en-Provence, Athens and Edinburgh. He has interpreted The Seven Deadly Sins by Brecht/Weill and Luci miei traditrici by Salvatore Sciarrino at the National Opera of Lyon, Dr. Blind (die Fledermaus) at the DNO in Amsterdam, Hauk-Šendorf (The Makropoulos Affair) in Strasbourg, staging by Robert Carsen. He has participated in the world creation of The Child and the Night by Franck Villard in Vevey and Geneva.

Andreas Jaeggi also studied visual art at the Basel Art School and pursues both of his artistic careers to the fullest. His art work has been exhibited at numerous art fairs and galleries.

Recent productions include: the Evangelist and the arias in J. S. Bach’s Christmas Oratorio as well as a new children’s version of Mozart’s Die Zauberflöte with the arsmusica Ensemble, Switzerland and the national celebration of the 50th anniversary of the CNES (French National Space Agency) at the CNAM (National Technical Museum) in a contemporary creation by Bruno Ducol with Compagnie Alain Germain, Paris. Furthermore, The Nightingale and Other Fables by Stravinsky at the DNO in Amsterdam (First Tenor in Renard/The Fox), From the House of the Dead by Janacek in Strasbourg (Skouratov), Das Rheingold in Biel/Solothurn (Mime) and Hauk-Sendorf (The Makropoulos Affair by Janacek) at La Fenice in Venice, staging by Robert Carsen.

“In this opera without any main roles, where the prisonners’ stories succeed each other on a practically equal level, one will take note of the beautiful clearness of enunciation as well as of the highly individualized voice timbres, especially in Andreas Jaeggi’s Skuratov. ”

“Andreas Jaeggi offered up for the role of Mime his forceful steel like tenor voice in a playful but precise characterization, both actingwise and vocally.”

“In particular, Swiss tenor Andreas Jaeggi played his roles of Inspector and Dream Clerk to the utmost.”

“Alberich’s brother Mime was humourously portrayed by Andreas Jaeggi in a cunning, underhanded and slimy way, covering his part perfectly actingwise as well as having impeccable transitions between full singing voice and Sprechgesang (speech-song).”