Moscow-born concert pianist Andrey Gugnin is rapidly gaining international acclaim as a passionately virtuosic performer, who possesses an “extraordinarily versatile and agile technique, which serves an often inspired musical imagination” (Gramophone). In 2020, the BBC Music Magazine Awards named Gugnin the winner of the Instrumental Award for his recording Shostakovich: 24 Preludes – Piano Sonatas 1 & 2 (Hyperion). Since winning the prestigious Sydney International Piano Competition in 2016, Gugnin has gone from strength to strength in concerts and recordings which exhibit his impassioned interpretations.

In addition to winning in Sydney, Gugnin also received prizes at this illustrious competition for Best Overall Concerto, Best 19th/20th Century Concerto, Best Violin and Piano Sonata, and Best Preliminaries for his first-round recital.  His also won the Gold Medal and Audience Award at the XCI International Gina Bachauer Piano Competition in 2014, and second prize at the 2013 Beethoven International Piano Competition in Vienna.

Increasingly in demand as a concerto soloist, Gugnin has been invited to perform as a guest artist with notable orchestras worldwide, such as the London Philharmonic Orchestra, the Mariinsky Symphony Orchestra, the State Academic Symphony Orchestra of Russia, the Netherlands Symphony Orchestra, Utah Symphony, West Australian Symphony Orchestra and the Sydney Symphony, and has performed under the distinguished batons of Maestro Valery Gergiev, Jaap Van Zweden, Reinbert de Leeuw, Daniel Raiskin, Stanislav Kochanovsky and Asher Fisch. He has also collaborated in a more chamber context with the Asko Schönberg ensemble, Orchestre de Chambre de Genève, Jerusalem Camerata and Camerata Salzburg and on several occasions as the duo partner of violinist Tasmin Little.

As a recording artist, Gugnin has published a broad scope of repertoire ranging from solo piano to symphonic works. His release of Liszt’s Transcendental Etudes (Piano Classics, 2018) were commended as Editor’s Choice, and distinguished Gugnin as “one to watch” (Gramophone). Other notable recordings include his duo programme with violinist Ioana Cristina Goicea (Atoll Records, 2019), an inspired selection of solo piano suites entitled Pictures (Steinway & Sons, 2016), and a collection of piano duets with Vadim Kholodenko (Delos International, 2010). Andrey has also extensively recorded for TV and radio in Russia, The Netherlands, Croatia, Austria, Australia, Switzerland and the USA.

In addition to these recordings, Gugnin’s Shostakovich Concertos (Delos International, 2007) were selected to feature on the soundtrack of Steven Speilberg’s Oscar®-winning film Bridge of Spies.

In 2020, as allowed by the covid pandemic, Gugnin embarked on performing numerous solo recitals at prestigious venues in Russia, as well as showcasing a new concerto by Alexey Shor in Armenia. Gugnin joined Tasmin Little in her farewell concert at the Southbank Centre as one of her four favourite pianists to collaborate with, which was broadcast live on BBC Radio 3 and for which Andrey was praised for his “emphatic, mesmerising playing” (Bachtrack). He continued his collaboration with Hyperion, recording his next CD of solo works for release in Autumn 2021.

“Andrey Gugnin’s playing leaves one somewhat in awe of his complete command over the instrument and his musical vision, whether the music calls for tenderness, power or full-flight virtuosity.”

“Gugnin, who after all is the past master of the Beethoven-Liszt symphonies, evokes all the colours of Shostakovich’s mature orchestral palette in this stunning performance… the extended finale develops an inexorable momentum and mass that is irresistible.”

“There are moments of tender and profound contemplation that I need to hear again and again.”

“Full credit then to Andrey Gugnin who approached the work in a measured and clearly comfortable manner, bringing purity of tone and lightness of touch…it was a delight, the grace of Gugnin’s performance offering a refinement to the visceral playing of the orchestra.” 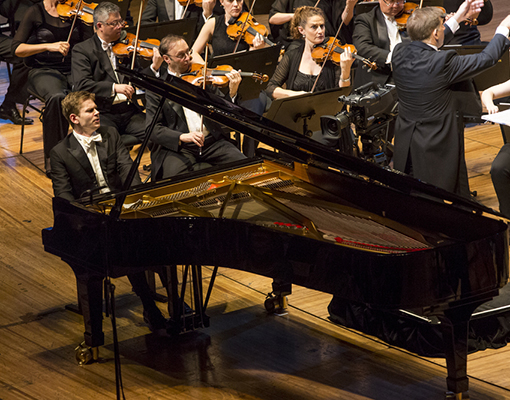 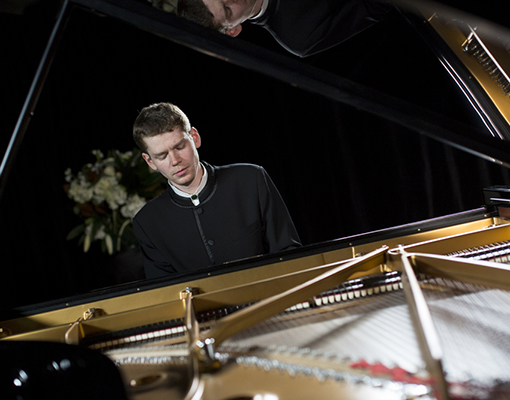 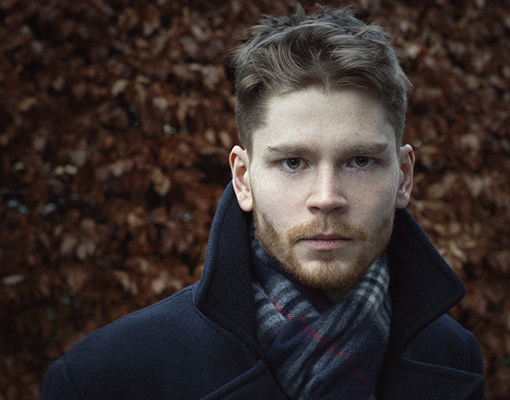 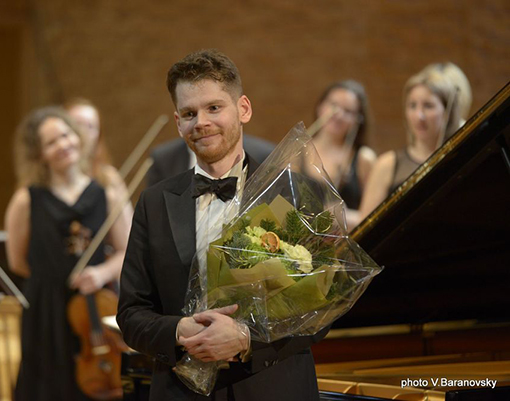