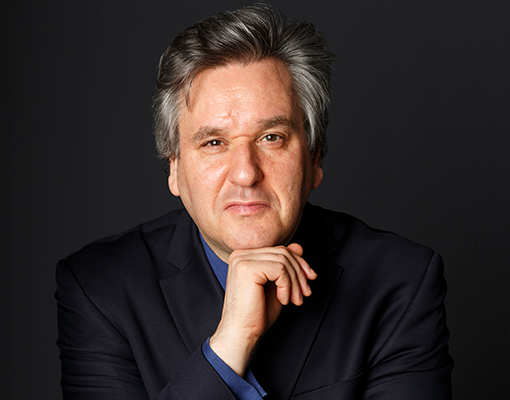 One of today’s most sought-after conductors, acclaimed for his charismatic leadership and inspirational performances in both symphonic and operatic repertoire, Sir Antonio Pappano has been Music Director of the Royal Opera House Covent Garden since 2002, and Music Director of the Orchestra dell’Accademia Nazionale di Santa Cecilia in Rome since 2005. He will also be Chief Conductor of the London Symphony Orchestra from the 2024/2025 season, becoming Designate from the 2023/2024 season. Nurtured as a pianist, repetiteur and assistant conductor at many of the most important opera houses of Europe and North America, including at the Lyric Opera of Chicago and several seasons at the Bayreuth Festival as musical assistant to Daniel Barenboim for productions of Tristan und Isolde, Parsifal and Der Ring des Nibelungen, Pappano was appointed Music Director of Oslo’s Den Norske Opera in 1990, and from 1992-2002 served as Music Director of the Théâtre Royal de la Monnaie in Brussels. From 1997-1999 he was Principal Guest Conductor of the Israel Philharmonic Orchestra.

Pappano has appeared as a guest conductor with many of the world’s most prestigious orchestras, including the Berlin, Vienna, New York and Munich Philharmonic Orchestras, the Royal Concertgebouw Orchestra, the Chicago and Boston Symphonies, the Philadelphia and Cleveland Orchestras and the Orchestre de Paris. He maintains a particularly strong relationships with the London Symphony Orchestra and Chamber Orchestra of Europe, and forthcoming highlights include return visits to the Staatskapelle Dresden, Staatskapelle Berlin and Gewandhausorchester Leipzig, and widespread touring with the Accademia Nazionale di Santa Cecilia. He also has a strong commitment to nurturing young singers and instrumentalists, and the summer of 2020 saw him deepening his connections with the Aldeburgh and Verbier Festivals, leading concerts and masterclasses.

As a pianist, Antonio Pappano appears as an accompanist with some of the most celebrated singers, including Joyce DiDonato, Diana Damrau, Gerald Finley and Ian Bostridge. He has also partnered singers and instrumental soloists on disc, including in operatic recitals with Nina Stemme, Placido Domingo, Anna Netrebko and Jonas Kaufmann, concerto recordings with soloists including Leif Ove Andsnes, Maxim Vengerov, Janine Jansen, Jan Lisiecki and Beatrice Rana, and chamber recitals with Ian Bostridge, Barbara Bonney and Joyce DiDonato.

Antonio Pappano was born in London to Italian parents, and moved with his family to the United States at the age of 13. He studied piano with Norma Verrilli, composition with Arnold Franchetti and conducting with Gustav Meier. His awards and honours include Gramophone’s ‘Artist of the Year’ in 2000, the 2003 Olivier Award for Outstanding Achievement in Opera, the 2004 Royal Philharmonic Society Music Award, and the Bruno Walter prize from the Académie du Disque Lyrique in Paris. In 2012 he was created a Cavaliere di Gran Croce of the Republic of Italy, and a Knight of the British Empire for his services to music, and in 2015 he was named the 100th recipient of the Royal Philharmonic Society’s Gold Medal, the body’s highest honour. He has also developed a notable career as a speaker and presenter, and has fronted several critically-acclaimed BBC Television documentaries including ‘Opera Italia’, ‘Pappano’s Essential Ring Cycle’ and ‘Pappano’s Classical Voices’.

Congratulations to conductors Marcus Bosch, Thomas Dausgaard and Sir Antonio Pappano and pianist David Fray for their victories at the 2021 Opus Klassik Awards. Germany’s most prestigious classical music recording honour, the Opus Klassik awards are presented by the...

IMG Artists Congratulates its Nominees for the 2021 OPUS Klassik Awards

Sir Antonio Pappano and the London Symphony Orchestra celebrate his announcement as its next Chief Conductor, with their tremendous new recording of Vaughan Williams’ Symphonies Nos 4 & 6. Named Recording of the Week in The Sunday Times and on Presto Music, the...

“The best thing about this show — indeed the best thing I’ve experienced in a theatre all season — is Antonio Pappano’s superlative conducting and his orchestra’s stunning playing of Wagner’s epic score. The Royal Opera should rename the opera “Die Meisterinstrumentalisten”, except it might not fit on posters. This is a musical interpretation of exemplary fluidity and pace, stirring in the right places (abetted by a rampant chorus), but also precise, subtle and virtuosic. After five hours and some, I wanted to hear it all again.”

“Keeping the electricity at high voltage throughout is Antonio Pappano, whose conducting cuts boldly into Mussorgky’s rougher edges and eccentricities. Fired by incandescent orchestral playing, this is the sort of major artistic achievement that justifies subsidy for opera.”

“Pappano succeeds in Bruckner where many of his colleagues fail: the fluidity with which he unfolds the musical argument and the supple flexibility of his phrasing. The tempi are kept well flowing, allowing the conductor to construct his interpretation over a convincing internal logic. The orchestra rewarded him with exemplary playing, both in the individual solo lines and in full ensemble. The imposing and majestic setting of Frauenkirche donated its own particular atmosphere… With these concerts, the pairing of Pappano and Santa Cecilia has proven itself as a major artistic brand of our time.”

“Keeping the electricity at high voltage throughout is Antonio Pappano, whose conducting cuts boldly into Mussorgky’s rougher edges and eccentricities. Fired by incandescent orchestral playing, this is the sort of major artistic achievement that justifies subsidy for opera.”

“Pappano succeeds in Bruckner where many of his colleagues fail: the fluidity with which he unfolds the musical argument and the supple flexibility of his phrasing. The tempi are kept well flowing, allowing the conductor to construct his interpretation over a convincing internal logic. The orchestra rewarded him with exemplary playing, both in the individual solo lines and in full ensemble. The imposing and majestic setting of Frauenkirche donated its own particular atmosphere… With these concerts, the pairing of Pappano and Santa Cecilia has proven itself as a major artistic brand of our time. “

“Pappano was incandescent, inspiring his orchestra and chorus to marvels of drama in the big scenes, yet also wondrously detailed, revealing textures in this masterly score of breathtaking transparency and delicacy. Aida in the theatre is rarely, if ever, like this.”

“With all three operas conducted by Antonio Pappano, who seems to have an almost mystical feel that always brings out the best in Verdi’s music, this all added up to a wondrous evening’s entertainment.”

“Sir Antonio Pappano and his ROH Orchestra were magnificient, a riveting account of the score, mind-boggling in its concentration given he has also found time during his run to tour Italy with the LSO and give two London concerts with it […] Verdi’s music runs hot through Pappano’s veins. (Don Carlo)”

“The orchestra, under Antonio Pappano, gives as fine an account of opera’s greatest score as I’ve ever heard, spinning long, long lines, so that the music flows in paragraphs, but with total consideration for the differing abilities and strengths of the singers. (Ring)”

“The Prom performance also confirmed what to me was obvious from the first, that Antonio Pappano is master of the work […] Pappano paced the whole work impeccably. (Les Troyens)”

“Antonio Pappano’s conducting, meanwhile, is electric and eruptive throughout, yet wonderfully attentive to the needs of his singers, so that no one has to battle to be heard against the orchestra. Outstanding. (Otello)”

“This is Pappano’s Figaro, though. His attention to orchestral detail is quite magical and his deft harpsichord flourishes raise continuo-playing to an art form. I’ll go so far as to say that it is the best-conducted account of this opera I have yet heard.”

“An evening as much of Verdi’s music as the singing, driven (we are lucky to have him) by Antonio Pappano’s tremendous feel for drama in music as conductor. “

“The other great stars of the night were in the pit – the Royal Opera House Orchestra absolutely on fire under Antonio Pappano’s inspired direction. The music roared, swooned and sobbed in one unstoppable arch, so much so that the only real break for applause was after Tosca’s aria.” 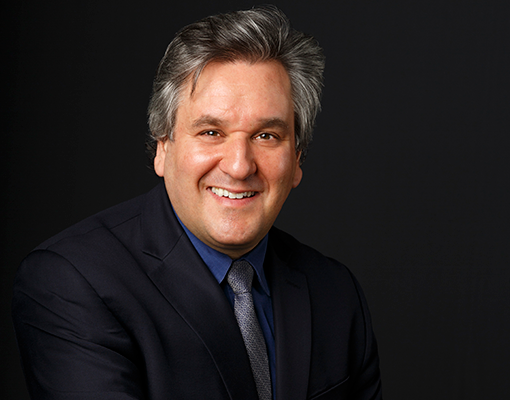 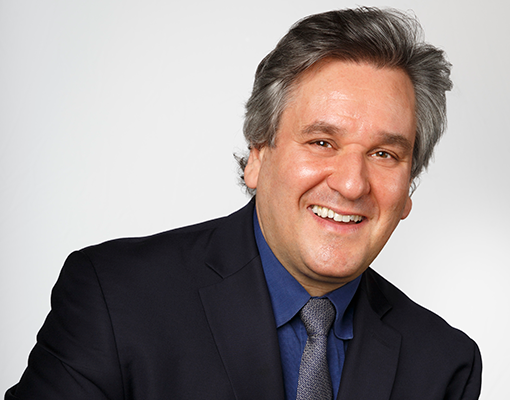 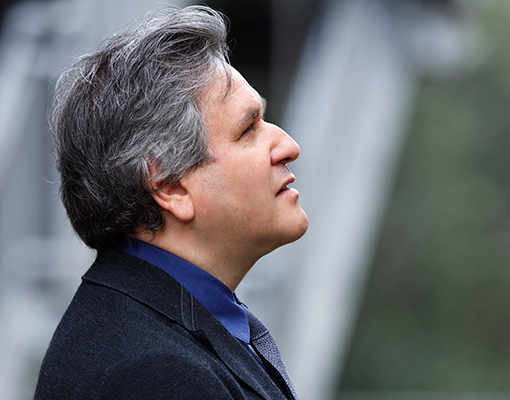 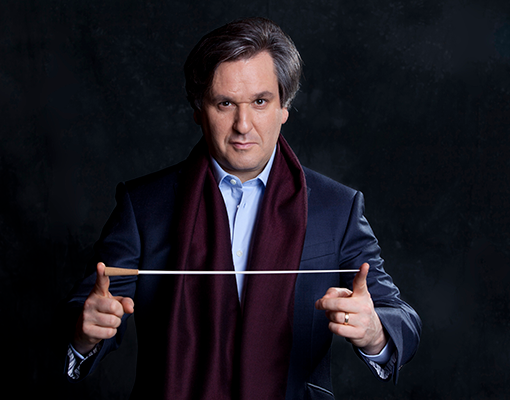 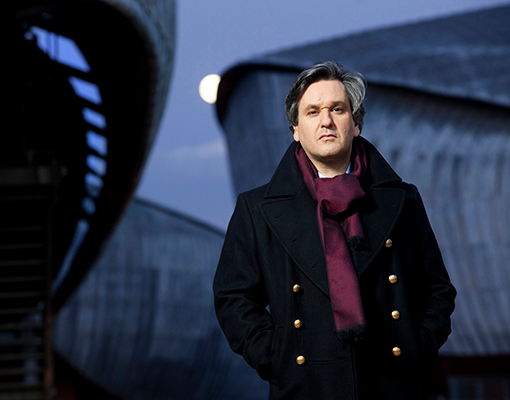 Saint-Saëns Organ Symphony and Carnival of the Animals