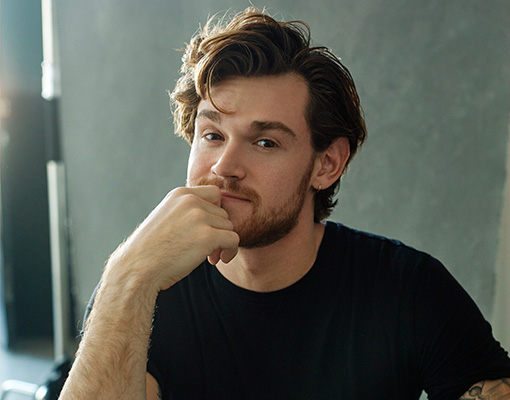 Winner of the Grand Prize at the 2016 Orchestre Symphonique de Montréal Manulife Competition, Blake Pouliot is a Soloist-in-Residence at the Orchestre Métropolitain with whom he performed Mozart’s Violin Concerto No. 5, conducted by Yannick Nézet-Séguin, as part of their digital series last year. 2021/22 culminated with his Philadelphia Orchestra debut, joining forces again with Nézet-Séguin in John Corigliano’s The Red Violin (Chaconne for Violin and Orchestra) in a special concert at the Kimmel Centre.

As a chamber musician, Pouliot brings his artistic flair to the Koerner Hall in Toronto, as well as other recital halls in Temecula, Paris, and Boston. At the latter, his programme features the world premiere of Derrick Skye’s God of the Gaps for violin and electronics. Pouliot rounds out this season with his debut at the Seattle Chamber Music Society and a return to La Jolla Summerfest. He also returns to the National Youth Orchestra of Canada to embark on his second year as Artist-in Residence, following last season’s inaugural residency in which the NYOC welcomed him to cultivate a curated program for students and faculty.

Since his orchestral debut at age 11, Pouliot has performed with the orchestras of Aspen, Atlanta, Detroit, Dallas, Madison, Montreal, Toronto, San Francisco, and Seattle, among many. Internationally, he has performed as soloist with the Sofia Philharmonic in Bulgaria, Orchestras of the Americas on its South American tour, and was the featured soloist for the first ever joint tour of the European Union Youth Orchestra and National Youth Orchestra of Canada. He has collaborated with many musical luminaries including conductors Sir Neville Marriner, David Afkham, Pablo Heras-Casado, David Danzmayr, JoAnn Falletta, Marcelo Lehninger, Nicholas McGegan, Alexander Prior, Vasily Petrenko and Thomas Søndergård.

Pouliot has been featured twice on Rob Kapilow’s What Makes it Great? series and has been NPR’s Performance Today Artist-in-Residence in Minnesota (2017/18), Hawaii (2018/19), and across Europe (2021/22). Prior to that, he was named First Laureate of both the 2018 and 2015 Canada Council for the Arts Musical Instrument Bank.

Pouliot performs on the 1729 Guarneri del Gesù on generous loan from an anonymous donor.

“The 29-year-old is one of the most expressive guest violinists to play with the Bangor orchestra in the past decade. He plays with his entire body — channeling the music from his toes up through his heart, down his arms and out through his deft fingers. […] Pouliot’s performance sets a high standard for future guest soloists.”

“Staggeringly sophisticated in his interpretation of French music, Pouliot showed in his Atlanta debut that the demands of the Sibelius Violin Concerto are well within his wheelhouse too. […] Pouliot played the opening of the first movement mezzo piano and without vibrato—a gauzy, barely audible thread of sound. His playing throughout was immaculate, at once refined and impassioned and characterized by the full use of his bow. Unreserved, he played the violin lovingly and with technical precision. Pouliot is also visually expressive in a distinctive way. When not playing it’s apparent that he’s listening, looking at the orchestra and responding almost as if he’s hearing their part for the first time.”

“Pouliot’s silvery tone carried weight even in the softest passages of the music [Ravel’s “Blues”], as he floated his melodies with the grace of a blues singer. […] Pouliot sculpted each phrase precisely to bring out the colors of Prutsman’s supple harmonies. In the finale, the duo tore through the driving figures with apt gypsy fire to bring the work to a rousing conclusion.”

“Pouliot puts the listener at ease and makes them receptive to what he has to say, executing the concerto with a superb sound and well-placed sweetness. Passing from admirable to overwhelming, there is even a little something in my ears that I can hardly define, a kind of brilliance, with sharp harmonics, and a singing strength in the upper register to equal that of the lower. ” 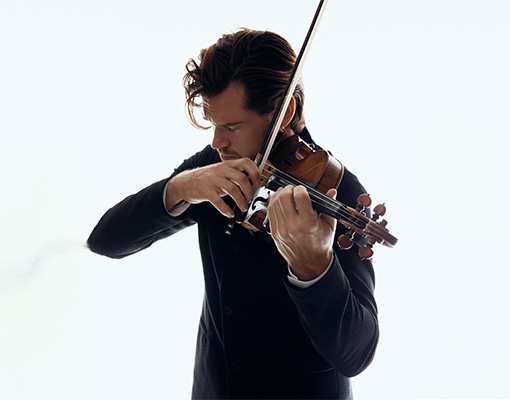 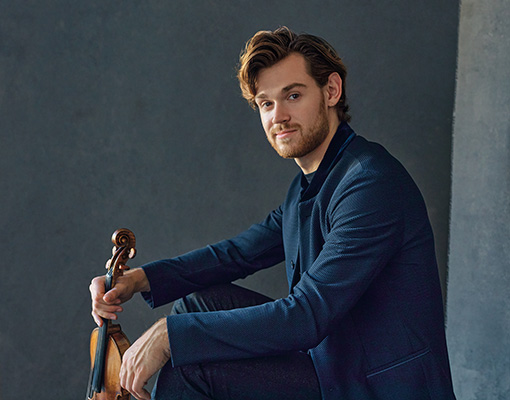 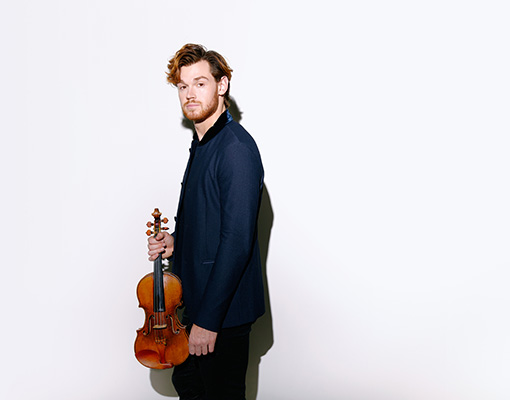