Hailed for her “golden, glowing dramatic soprano with an effortless high range” (Süddeutsche Zeitung), British soprano Catherine Foster has enjoyed international acclaim for her combination of “incisive, clarion tones and exhilarating stamina” (Opera News) and “intense, multifaceted acting” (Süddeutsche Zeitung), as Brunnhilde in the Bayreuth Festival’s 2013-2019 centenary production of Der Ring des Nibelungen, and has attained a strong and distinctive profile for her interpretation of other dramatic roles, including Elektra, Turandot and Isolde at opera houses across Europe and worldwide, including the Deutsche Oper Berlin, Staatsoper Hamburg, Semperoper Dresden, Netherlands Opera, Gran Teatre del Liceu Barcelona, Washington National Opera and from Denmark to Sao Paulo and Valencia to Tokyo.

2022 sees Foster returning to the Bayreuth Festival in a new production of Tristan und Isolde by Roland Schwab, and in addition taking part in gala concerts under the baton of Andris Nelsons. She also returned to Müpa Budapest as Brunnhilde in two cycles of Wagner’s Ring, following her huge success there in 2019 and 2020, and to the Deutsche Oper Berlin as Elektra, as well as singing Isolde and Elektra in the Mai Festspiel in Wiesbaden. The 2022/23 season includes her Australian debut as Elektra with Victorian Opera in Melbourne, Turandot at the Deutsche Oper am Rhein, Elektra at Deutsche Oper Berlin and Brunnhilde with the Dresden Philharmonic.

Highlights of recent seasons have included the inauguration of a major new role as the Dyer’s Wife/Die Färberin in Strauss’s Die Frau ohne Schatten at the Nationaltheater Mannheim, her debut at the Teatro Comunale di Bologna as Isolde, debuts as Leonora di Vargas in Verdi’s La Forza del destino, at the Cologne Opera, and Eglantine in Weber’s Euryanthe with Marek Janowski. She also maintains an active career on the symphonic stage, excelling in a range of repertoire from Mahler symphonies and Strauss lieder, to Verdi’s Requiem, Britten’s War Requiem, Wagner’s Wesendonck-lieder, and the vocal works of Beethoven, Schoenberg and Janacek.

Following studies at the Birmingham Conservatoire, Royal Northern College of Music, and London’s National Opera Studio, and receipt of the Dame Eva Turner Award, Foster attained early successes as Mozart’s ‘Queen of the Night’ with English and Welsh National Operas, before joining the Deutsches Nationaltheater Weimar in 2001, where her leading roles included Elettra in Mozart’s Idomeneo, Mimi in Puccini’s La Bohème, Elisabeth in Wagner’s Tannhäuser, and a number of Verdi roles including Leonora (Il trovatore) and Elisabetta (Don Carlo).

Progressing rapidly into the more dramatic repertoire, she appeared as Leonore in Beethoven’s Fidelio, Senta in Wagner’s Der Fliegende Holländer, Abigaille in Verdi’s Nabucco, and in the title roles of Elektra by Richard Strauss, Wagner’s Tristan und Isolde and Puccini’s Turandot. She made her debut at the Semperoper Dresden as Die Kaiserin in Die Frau ohne Schatten in 2006, and in 2007, she first performed the role of Brünnhilde in Wagner’s Der Ring des Nibelungen in all three parts of the cycle, a production filmed and released on DVD.

A committed and thoughtful stage artist with a deep dedication to her musical craft, Catherine Foster enjoys strong links with notable conductors including Kirill Petrenko, Marek Janowski, Adam Fischer, Philippe Auguin, Simone Young, Juraj Valčuha, Sir Donald Runnicles and Daniel Barenboim. In 2014 she was awarded an Honorary Fellowship of the Royal Birmingham Conservatoire for her work as an international singer. Recently she was awarded the Reginald Goodall award in 2018 for her devotion to the works of Richard Wagner by the London Wagner society.

“Catherine Foster punches out her high notes and appears transformed, biting, energetic, intractable. It was on the same dynamic that she delivered a final Immolation scene in an astonishing mixture of power and nuance that was justly acclaimed at the end of the performance.”

As the ‘Irish Maid’ Catherine Foster brought not only the perfect interpretation but also captivating vocalising. The best Isolde of the world (for me) conquered the score with noble power, thanks to her wonderfully colourful dramatic soprano. Foster invested the proud king’s daughter with a splendidly blossoming sound, technically superb, with excellent articulation. Her wonderfully secure, strong-founded soprano can also seduce in extreme high altitude, with charming soft piani. With cultivated, emotional legato purity, Foster brought forth a wonderful love duet. This excellent artist crowned her interpretation overwhelmingly with deeply touching floating tone during the ‘Liebestod’ and was rightly acclaimed the audience favourite.

“Catherine Foster produced a vocally gripping performance. Singing throughout with a freedom which was tangible, she engaged fully with the character. Her vocal timbre shone brightly with unsuppressed passion in the upper register. The voice is also a marvellously flexible and powerful, and stretched upwards without any loss of quality, always fully under control and able to rise above the orchestra with apparent ease. Yet it is also a voice of beauty, which she used expertly to express her complex array of emotions. The first act aria, “Wie lachend sie,” in which she captured her conflicted feelings for Tristan, was expertly delivered, her voice laden with emotional depth, taking in leaps with ease, and hitting the high notes with power and quality.”

“Catherine Foster presented a true character study both in vocal and performance terms. Foster equips this conflicted figure with all facets of her highly dramatic soprano, finding biting ridicule with steel tone and glistering highs in her arguments with Barak, and in signifying her transformation and commitment to love and the happiness of motherhood she lets her beautifully-timbred soft soprano shine intimately and in the most tender colours.”

Catherine Foster […] should be better known in the UK […] with the impassioned intensity of her singing, her gleaming tone and her ease in surmounting music that swells with ever-increasing power she simply showed us an uneasy, vulnerable woman experiencing human love for the first time.

“The world’s best Elektra and internationally-celebrated Wagner interpreter Catherine Foster made her debut as the Dyer’s Wife at the Nationaltheater Mannheim. With each successive act, the singer deployed her richly-changeable soprano, which speaks strongly in all registers, with ever-increasing grandeur, reaching stratospheric heights, combining soft colouring with persistently powerful, but always rounded vocal attack. Her phenomenal ability to span large dramatic arches with unbroken intensity, without any technical losses in the constant focus of her expressive soprano timbre, seemed spectacular.”
Online Merker, Gerhard Hoffmann, 4.10.2019

“Catherine Foster was remarkable when ratcheting up the intensity in Act 2, as Brünnhilde’s situation goes from bad to worse. Foster can hit a high note with laser precision from a starting point anywhere in the stave below, sustain it as long as she wants and do so without ever going shrill. In the Act 3 immolation scene, she made good use of all that power, but also projected pianissimo clearly, fixing the audience with such a piercing stare that it felt as if she was singing to each listener directly and personally.
Bachtrack, David Karlin, 17.6.2019

“The star was Catherine Foster as Brünnhilde in the second and fourth operas […] Why is Ms Foster so ignored in Britain? She was beautifully nuanced, singing with effortless power and portraying to perfection a role she has previously sung in Bayreuth.”
Telegraph, Mark Ronan, 17.6.2019

“Catherine Foster has internalized the Brünnhilde of the Castorf Ring […] she is in full possession of her possibilities, clearly articulated, with radiance without sharpness and a confident ease when it comes to singing ‘piano’.”
NMZ, Joachim Lange, 4.2.2019

“The fact that she was the only one of the original cast could be clearly seen from the intense, multifaceted acting in every respect. Once again, we were delighted to experience a golden, glowing, youthful, dramatic soprano with an effortless, easy high range, and no loss of vocal presence even in the lower registers.” – Klaus Kalchschmid, Süddeutsche Zeitung, 1.8.2018

“As a brave, mature Brünnhilde, who has evolved through six years of Bayreuth experience, Foster convinces utterly in the existential struggle with her ‘God and Father’ Wotan.”
Udo Badelt, Tagesspiegel, 3.8.2018

“Catherine Foster gives Brünnhilde a real vitamin boost with her bright, happy strength in the clarion calls of the ‘Hojotoho!’. […] She jumps to the top notes of her with the ease and unerring accuracy of a squirrel. But she also has the necessary seriousness and sense of mystery for the Annunciation of Death to Siegmund.”
Jan Brachmann, Frankfurter Allgemeine Zeitung, 1.8.2018

“The singers have always been the strength of the current Bayreuth ‘Walkure’ – this year too […] above all Catherine Foster as Brünnhilde, the face and the voice of the Castorf Ring, celebrated without reservation.” – Die Welt, 3.8.2018

“Catherine Foster, the British dramatic soprano who has been the Castorf Ring’s one and only Brünnhilde for the past six years, once again electrified with her incisive, clarion tones, exciting stamina and bold acting. Her voice has become fuller-bodied and more expressively agile.“ – A.J.Goldman, Opera News, 8.8.2018

“Phrasing, understanding and pronunciation of the text, secure intonation and scenic presence are on an unusually high level! This evening, Ms. Foster succeeded in everything! Her voice was perfectly controlled in all registers up to high C’.”
Der neue Merker, Dirk Schauß, 21.10.2017 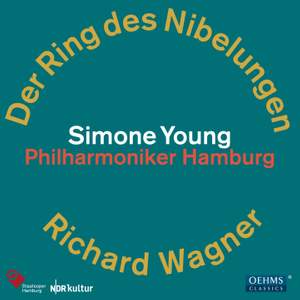