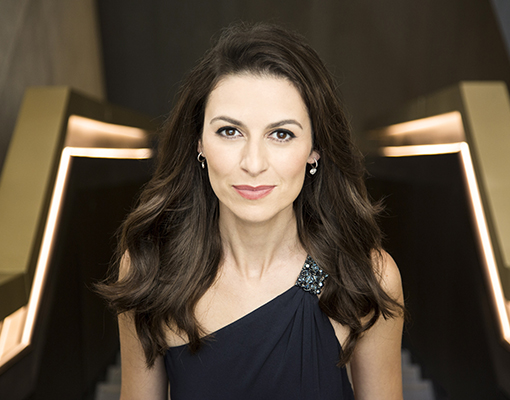 Soprano Chen Reiss has established a strongly-acclaimed and distinctive career, enchanting audiences with “one of the most perfect Strauss voices one could wish for” (Classical Source), “a voice of silver brightness and clarity” (Bachtrack) with “immaculately produced and enticing tone matched by superb musicianship” (Opera News, USA).

Born in Israel, she came to prominence as a member of the ensemble of the Bavarian State Opera under the music directorship of Zubin Mehta, and has for a number of years been a resident artist at the Vienna State Opera. She has also performed leading parts at the Théâtre des Champs-Élysées, Teatro alla Scala, Semperoper Dresden, Deutsche Oper Berlin, Netherlands Opera, Wiener Festwochen, Maggio Musicale Fiorentino, Opera Company of Philadelphia and the Israeli Opera.

Recent highlights include the title role in Cavalli’s La Calisto at Teatro alla Scala, Milan, Ginevra (Ariodante) at the Royal Opera House Covent Garden, her role debut in the title role of Mozart’s Zaide in her debut at the Teatro dell’Opera di Roma, and her role debut as Liu (Turandot) with the Israel Philharmonic Orchestra. She gave her first performances of Strauss’s Four last Songs, Schumann’s ‘Das Paradies und die Peri’, Bruckner’s Mass in F minor and Dvorak’s Stabat Mater, and appeared in concert with signature repertoire including performances of Mahler’s Second and Fourth symphonies with the Munich Philharmonic and Gustavo Dudamel, the Los Angeles Philharmonic and Zubin Mehta, the Royal Concertgebouw Orchestra and Daniele Gatti, and the Vienna Symphony Orchestra under Lahav Shani, as well as at an Israel Philharmonic gala performance to mark Zubin Mehta’s farewell after 50 years as the orchestra’s Music Director. She debuted with the Berlin Radio Symphony under Vladimir Jurowski (Haydn Die Jahreszeiten), the Accademia Nazionale di Santa Cecilia under Antonio Pappano (Brahms Ein Deutsches Requiem), the Berlin and Czech Philharmonics under Semyon Bychkov (Mahler Symphony No.4) and the Filarmonica della Scala (Mozart arias with Zubin Mehta).

Highlights of this season and beyond include Mahler’s Fourth symphony at the Gstaad and Grafenegg Festivals, Das Klagende Lied at the Leipzig Mahler Festival, Bach and Beethoven with the Israel Philharmonic, Berg’s Sieben fruhe lieder with the SWR Symphonieorchester Stuttgart, and Mendelssohn’s ‘Lobgesang’ with the Tonhalle-Orchester Zurich and Munich Philharmonic, and her debut with the National Symphony Orchestra of Washington DC.

Recent CD releases include Mahler’s Fourth Symphony (Pentatone), a disc of orchestral lieder and scenas of Fanny Hensel and Felix Mendelssohn with the Jewish Chamber Orchestra of Munich, ‘Immortal Beloved’ a recording of Beethoven arias and scenas with the Academy of Ancient Music for Onyx Classics, and Mozart’s ‘Ch’io mi scordi di te’ and Beethoven’s Terzetto with Thomas Roesner and the Beethoven Philharmonie for Odradek. Forthcoming releases include Schreker’s ‘Vom ewigen leben’ for Deutsche Grammophon with Christoph Eschenbach and the Konzerthausorchester Berlin.

With the Vienna Philharmonic she was the guest soloist at a gala concert for the 30th anniversary celebrations of Tokyo’s Suntory Hall, and with the Orchestre National de France she took part in the 2019 Bastille Day ‘Concert de Paris’, televised live from Paris’s iconic Eiffel Tower. In December 2014 Chen Reiss was invited to sing for Pope Francis during the Christmas Mass, which was broadcast worldwide. She has recorded a wide range of repertoire including a disc of Mozart, Salieri, Haydn and Cimarosa arias, and a recital “Le Rossignol et la Rose” presenting a romantic compilation of songs with distinguished pianist Charles Spencer (both for Onyx Classics), roles in complete recordings of Die Fledermaus (Capriccio), Don Giovanni and Brahms Ein Deutsches Requiem (Helicon) and Lehar‘s Das Fürstenkind (CPO), and DVD releases of Fauré’s Requiem with Orchestre de Paris conducted by Paavo Järvi, and Mahler’s Symphony No. 2 with the Royal Concertgebouw Orchestra. Accompanied by the Berlin Philharmonic and Sir Simon Rattle, she sang the soundtrack to Tom Tykwer’s film “Perfume: the Story of a Murderer”.

For more information about Chen Reiss, go to www.chenreiss.com

Soprano Chen Reiss and countertenor Christophe Dumaux take to the legendary stage of Milan’s Teatro alla Scala on 30 October for the premiere of La Scala’s first ever production of Francesco Cavalli’s exuberant baroque masterpiece La Calisto, in a new staging by...

Soprano Chen Reiss managed to complete five of the planned six performances as Mozart’s Zaide at the Teatro dell’Opera di Roma before new regulations forced theatres across Italy to close again last weekend. Earlier in the year it looked as if her scheduled debut with...

The Royal Opera House has announced a thrilling an wide-ranging new line-up for its autumn programme. The performances will be performed in front of a live, socially-distanced Covent Garden audience and live streamed to audiences at home. Soprano Chen Reiss and...

“Both eyes and ears are captured by soprano Chen Reiss. With her luscious voice and warm spirit she brings a firm clarity to the songs, sensitively orchestrated by Tal-Haim Samnon, and displays her delicious timbre in piece after piece with a conviction and a sense of drama that find their peak in a superb “Die frühen Gräber” and especially in “Hero und Leander”. This dramatic scene opens a window onto what an opera composed by Fanny could have been. History decided otherwise, alas!”

“In the keystone finale, Chen Reiss brings to the child’s vision of heaven a reading as searchingly poignant as it is sweetly pretty with an appreciable lightness of touch and due sense of wonder.”

“Chen Reiss declaims Mahler 4 with all the poetry and irony necessary. The voice has a communicative warmth. The timbre, like a ripe vintage, blessed with a perfect balance of sweet and sharp. Her technique and breath control allows her detailed attack and phrasing, and high-lying pianos with the most beautiful effect.”

“Despite the complexity of the expanded harmonic language and their technical difficulty, Chen Reiss’s performance [of Berg’s Sieben fruhe lieder] was sublime from the first to the last piece. With a timbre both powerful yet soft at the same time, her voice was full of liveliness and a nuanced pliancy ideal for the repertoire, perfect German diction and a magnificent expressive articulation of the text. Chen Reiss’s voice shone on stage and enhanced the beauty of these songs even more. Particularly beautiful were ‘The Nightingale’ and ‘The Loving Ode’, in which she demonstrated a great melodic sense put at the service of the poet’s lyrics.”

“Chen Reiss brought us all the accuracy and purity of her singing. Very flexible and lyrical throughout the range, she showcases her colours at the highest end of the vocal spectrum, always with excellent command of the text, impeccably pronounced, traced perfectly towards the final phrases of the song.”

The Israeli soprano Chen Reiss takes on the role of the protagonist with sensuality and grace. Her light soprano voice resounds exquisitely and with a beautiful clear and luminous timbre, silvery and bright in the high notes; her interpretation is sympathetic and sensitive, credibly outlining a heartfelt nymph and, when necessary, in love.

Chen Reiss was a Calisto of lyrical voice with airiness at the top, singing with intelligence and a richness of inflection and accent, giving full characterization of the character in the arias.

Soprano Chen Reiss pleased us with a middle register characterized by a beautiful lyrical colour, which expands with softness and naturalness in the high register, well supported and ringing. The voice is expressive and bends well to the interpretative needs of the character of Calisto, a role that passes from the initial imperturbability of the nymph, to the joys of the discovery of love, to then arrive at the sad and dignified resignation in accepting her celestial destiny.

“The performance of Israeli soprano Chen Reiss, whose interpretation of Bernstein’s Chichester Psalms, conducted by John Axelrod, rates as the best I have ever heard. […] Chen Reiss’s voice exactly met Bernstein’s demands – she sounded innocent, heavenly, pure, and very youthful. Chen Reiss acted as if praying while singing, and phrased beautifully with her beautiful voice. […]”

Chen Reiss, making her Royal Opera debut at this performance, made Zerlina a character of both charm and guile, matched by a voice of silver brightness and clarity.

Here it was the Israeli soprano Chen Reiss, making her house debut in this role (she is a regular with the Vienna State Opera). Here is a Zerlina that is no innocent, stripping for the Don and realizing the power she has over the male libido. The duet ‘La ci darem’ was all the more delicious for Reiss’ slight depth to her voice: this is no soubrette Zerlina.

Chen Reiss fields a supple, vernal lyric-coloratura that soars without strain or hardness into the stratosphere. […] she can spin a pure legato and always phrases musically, with rubato growing naturally from the curve of the line and the flux of the harmony. The florid melismas and high tessitura of Krenek’s ‘Die Nachtigall’ – and the tricky, vaulting leaps of the Berg songs are negotiated with effortless grace.

“The sequence of six Richard Strauss songs was drawn from right across his career. Quite frankly Chen Reiss has one of the most perfect Strauss voices one could wish for – think Lisa della Casa – conveying that radiant, soaring ecstasy so characteristic of the composer’s love-affair with the female voice. ‘Morgen!’, topped and tailed by superb violin solos, was especially memorable.

When we reached the concluding child’s vision of Heaven Chen Reiss – now in the simplest gown rather than the sumptuous one she had worn for the Strauss – rose from within the orchestra, a particularly elegant solution to introduce the singer without disrupting the music’s flow. Reiss’s voice may be almost too beautiful and sophisticated for this faux-naif music but far better that than some less-impressive vocalists one has heard.”

The dark-haired, distinctively beautiful young singer never offers the flittery, breathy soprano, which one often hears as Sophie; she presents a substantial, radiant, bright voice with the necessary heavenly high notes in Piano and in Forte. Linguistically perfect, she plays Sophie as confused, yet sympathetic, lively and with a strong personality.

Chen Reiss was a stunning Gilda, her immaculately produced voice and enticing tone matched by her superb musicianship; she was able to reach out emotionally to the audience. 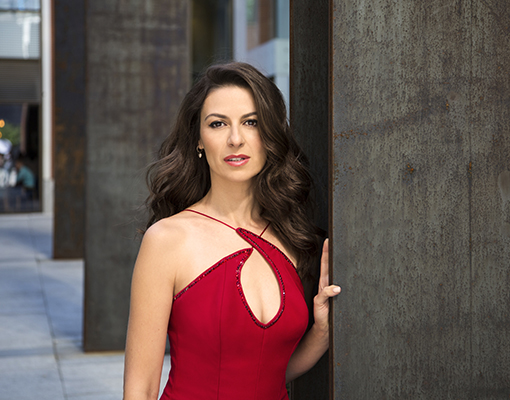 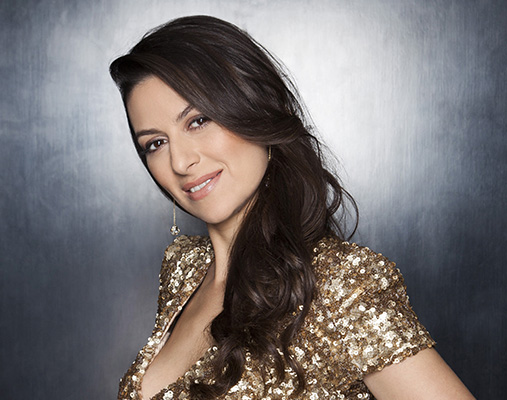 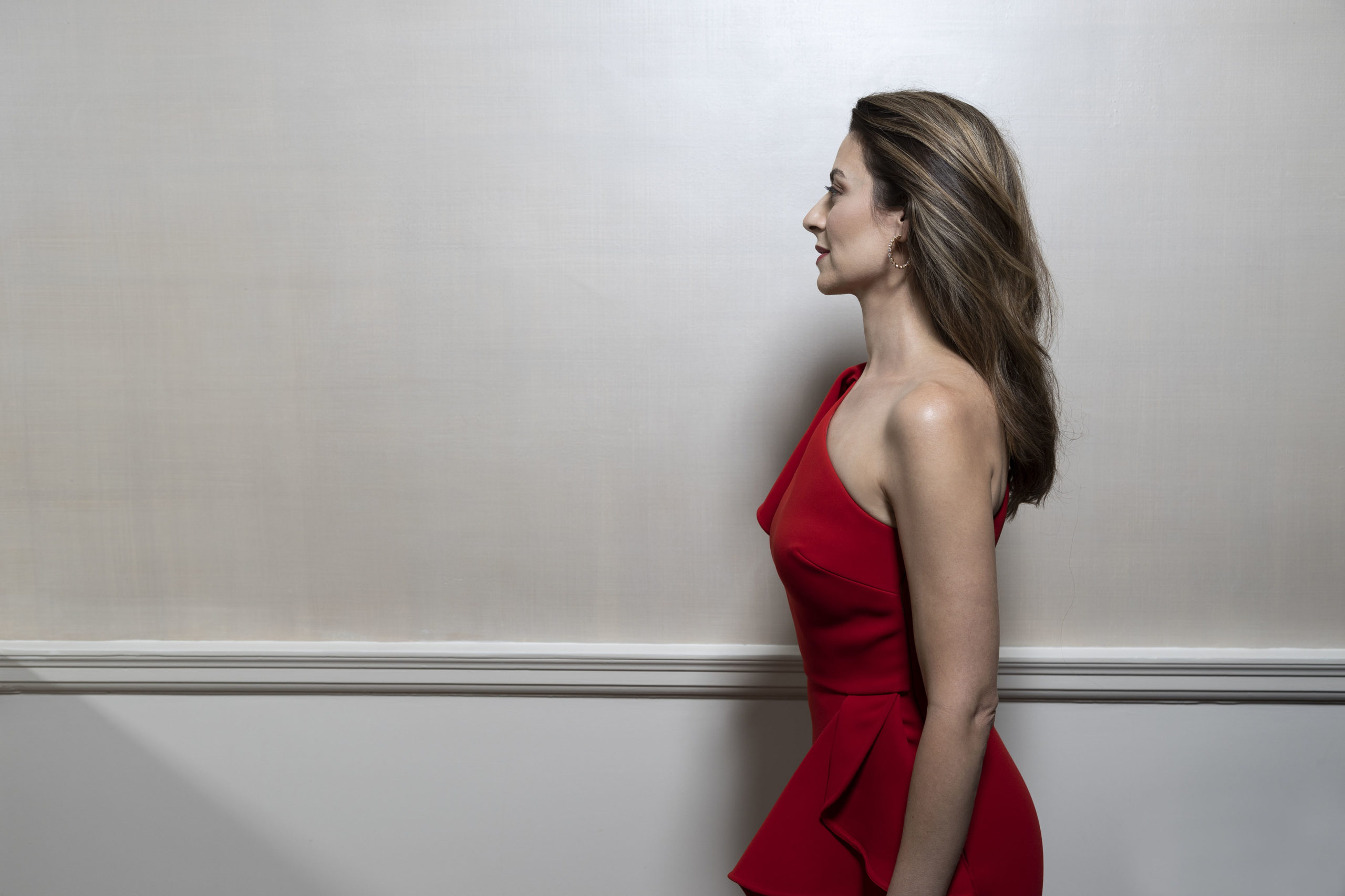 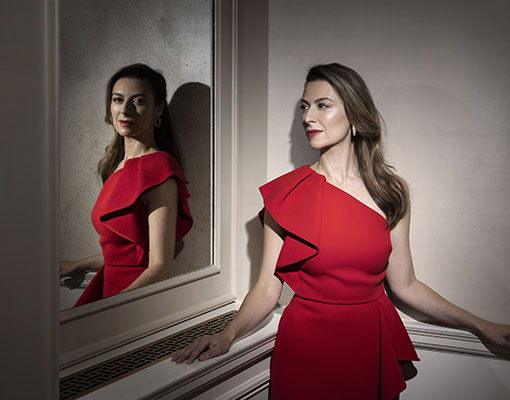 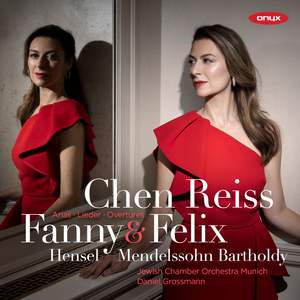 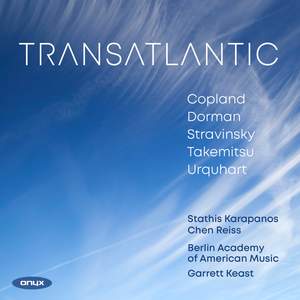 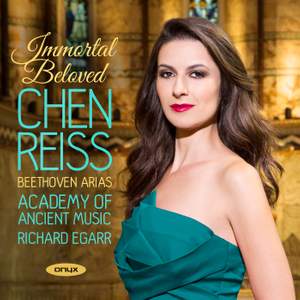 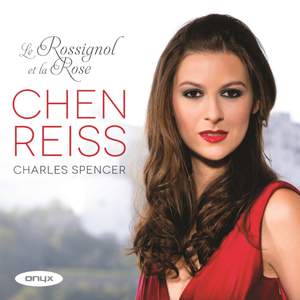