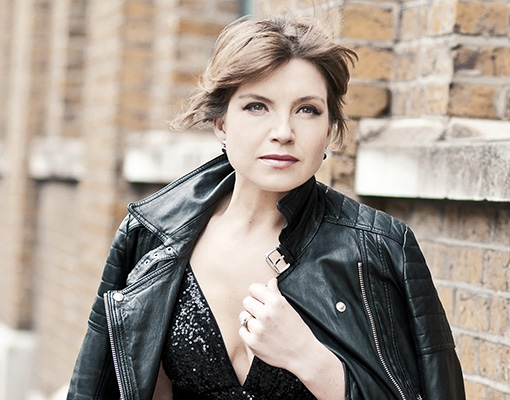 Booth’s plans for 2022 and beyond include a residency at Britten Pears, working on the creation of a jazz rendition of Schumann’s song cycle Frauenliebe und Leben with Alisdair Hogarth and Jason Rebello, and performances with the BBC Philharmonic Orchestra (world premiere of Emily Howard’s Elliptics), Nash Ensemble at Wigmore Hall (including a new work by Julian Anderson), Aurora Orchestra (Britten’s Les Illuminations at Saffron Hall and Southbank Centre). Following her performances of Irene in Vivaldi’s Bajazet, directed by Adele Thomas at the Royal Opera House Linbury Theatre, Booth was invited by Thomas to perform in a semi-staged project at the 2023 London Handel Festival, conducted by Laurence Cummings.

Engagements from recent seasons include the title role in Handel’s Berenice for the Royal Opera House’s first production of the opera since its 1737 Covent Garden premiere, Nitocris in Handel’s Belshazzar for the Grange Festival, Stravinsky’s Pulcinella with the Scottish Chamber Orchestra, Vivier’s Lonely Child with Ilan Volkov and the London Sinfonietta, critically acclaimed recordings of songs by Mussorgsky, Grieg and Percy Grainger, Tippett’s A Child of Our Time with the City of Birmingham Symphony at Hamburg’s Elbphilharmonie, George Benjamin’s A Mind of Winter with the Hong Kong Philharmonic, the world premiere of Alex Woolf’s A Feast in the Time of Plague for Grange Park Opera, and numerous regular collaborations with the Nash Ensemble at Aldeburgh Festival.

She gained notable critical acclaim as “the stunning voice of operatic isolation” for a series of “viscerally powerful” (The Times) performances of La Voix Humaine; following a streamed performance for Grange Park Opera and a video performance specially recorded under lockdown conditions for Welsh National Opera, which earned her Best Actress at the Welsh Theatre Awards, she brought Poulenc’s solo tour-de-force in a triumphant return to London’s Wigmore Hall, with Opera Today praising her “thorough assimilation of both text and music and the intelligence of her delivery. Her intonation is flawless, and her diction perfectly clear […] it is the very unvarnished quality, an honesty of expression, that is perhaps her greatest asset. Such is her portrayal that one watched mesmerised by something excruciatingly real…”

While still a student at London’s Guildhall School of Music and Drama, Booth came to international attention performing the world premiere of Sir Harrison Birtwistle’s Io Passion at the Bregenz and Aldeburgh Festivals, and creating the role of Pakriti in Jonathan Harvey’s Wagner Dream in Pierre Audi’s production for the Netherlands Opera. Subsequent roles have included Rosina in Il Barbiere di Siviglia and Elcia in Mose in Egitto for Welsh National Opera, Janacek’s Cunning Little Vixen for Garsington Opera, Romilda in Handel’s Serse for the Early Opera Company, Dorinda in Handel’s Orlando and Ellida in Craig Armstrong’s The Lady from the Sea for Scottish Opera, Nora in Vaughan Williams’ Riders to the Sea for English National Opera, Adele (Le Comte Ory) for Chelsea Opera Group, Despina for Opera Nantes-Angers, and solo performances at the Royal Opera House Covent Garden of both Kurtag’s Kafka Fragments and Georg Friedrich Haas’ Atthis.

Booth’s wide-ranging concert appearances have included Britten’s Les Illuminations with the BBC Scottish Symphony, Schoenberg’s Pierrot Lunaire with the Psappha Ensemble, Anne Trulove in Stravinsky’s The Rake’s Progress with the City of Birmingham Symphony, Miranda in Thomas Ades’ The Tempest with Amsterdam’s Royal Concertgebouw Orchestra Amsterdam, and Mrs Foran in Turnage’s The Silver Tassie with the BBC Symphony. Booth’s two decades of collaboration with the late Oliver Knussen included her world premieres of his Requiem: Songs for Sue with the Chicago Symphony Orchestra and O Hototogisu! with the Birmingham Contemporary Music Group, and she has given over 60 world premieres of compositions by composers as diverse as Elliott Carter, Tansy Davies, Ryan Wigglesworth, Mark-Antony Turnage, Charlotte Bray and Unsuk Chin, and built close associations with the BBC Symphony Orchestra and the BBC Proms, the London Sinfonietta and Ensemble Intercontemporain, the Aldeburgh and Holland Festivals, as well as working with prestigious ensembles worldwide including the Mahler Chamber Orchestra, Deutsches Symphonie-Orchester Berlin, Boston Symphony Orchestra, and the London and Tokyo Philharmonic Orchestras.

For more than a decade she has collaborated with video director Netia Jones to produce a series of critically acclaimed productions, including her performances of Max in Knussen’s Where the Wild Things Are and Rhoda in his Higglety, Piggelty, Pop! which toured from the Aldeburgh Festival via the Swedish Radio Symphony and the Los Angeles Philharmonic under Gustavo Dudamel, to the Barbican’s own 60th birthday celebrations for the composer. She has worked with conductors including Edward Gardner, Carlo Rizzi, Pierre Boulez, Simone Young, Marcus Stenz, Yannick Nezet-Seguin and Mirga Grazinyte-Tyla, and appeared in recital at include the Aldeburgh, Lucerne and Edinburgh Festivals, at the Wigmore Hall with the Nash Ensemble, Aurora Orchestra and Knussen Chamber Orchestra, and her regular accompanist Christopher Glynn.

Booth’s diverse discography includes Grainger Folksongs and Grieg lieder (hailed as BBC’s Disc of the Month in January 2020), with Christopher Glynn for Avie Records, Wigglesworth’s Augenlieder with the Hallé, Lucia in Britten’s The Rape of Lucretia for Decca, and the melodies of Debussy and Faure with Andrew Matthew’s Owen (CD of the Year 2019 for Classical Source). Other recordings include John Eccles’ The Judgement of Paris with Christian Curnyn’s Early Opera Company and works by Webern, Knussen, Alexander Goehr, Jonathan Dove and Augusta Read Thomas. ‘Unorthodox Music’, a survey of Mussorgsky songs and piano solos with Christopher Glynn was released in Autumn 2021. Booth can also be found as a course director on the Contemporary Performance course at the Britten Pears School in Aldeburgh, and enjoys a burgeoning career as a radio presenter and regular contributor to BBC Radio 3’s Inside Music and Record Review programmes.

“Claire Booth was the ethereal soloist, bringing a feeling of incantation to the vocal line” [Vivier’s Lonely Child with Ilan Volkov and London Sinfonietta]

“The 11-piece orchestra imbues the action with unceasingly inventive dancing rhythms and each singer rises to the challenge of difficult figuration and range — a highlight is Booth’s rendition of Irena’s aria closing Act I.”

“Soprano Claire Booth is superb as the girl-on-the-make Irene — her aria at the end of Act 1 infuses the coloratura vocal inflections with a spoilt rage.” (Vivaldi’s Bajazet, Irish National Opera)

“crafting a detailed, rigorous and complete performance […] a sublime Claire Booth lights up the stage every time she enters, and [her] singing is utterly spellbinding.” (Irene in Vivaldi’s Bajazet, Irish National Opera)

“Booth brings each song to life with operatic vividness, whether it’s the satirical The Goat with which the disc opens, the sadness of bereavement in The Leaves Rustled Softly, or the desolation of On the River, from Sunless. Every one of them becomes a miniature scena, while the piano pieces that Glynn places between them sometimes offer contrast, sometimes reinforcement. The whole thing is a joy, brilliantly conceived and presented with tremendous panache.”

“All of the songs are interesting, and Booth’s superb interpretive skills make them more interesting still. Just listen to the way she tears into ‘Oh, you drunken sot’ and you’ll quickly appreciate her abilities. This is a soprano who has it all. Clearly one of the outstanding vocal albums of the year. You simply won’t believe your ears.”

“The vocals were perfectly suited to the poems (Sir Harrison Birtwistle’s Four Songs of Autumn), with a feeling of being somewhere between singing and speaking, something also shown in the other works for voice performed. Claire Booth felt comfortable in this style and was captivating with her mastery of expression and different sound registers… Booth especially impressed in moments of a cappella singing and sounds that mimicked an owl (in Mark-Anthony Turnage’s Owl Songs) ”

“Claire Booth shines in Turnage’s Owl Songs […] “Owl mimic” is surely a new entry for the soprano Claire Booth’s CV. Yet it’s a skill she employed to convincing effect in Mark-Anthony Turnage’s Owl Songs, one of three premieres in this concert from the shape-shifting Nash Ensemble. The music emulates hoots and calls, certain motifs suggest the flap of a bird’s wing, yet none of it was a gimmick. This was a heartfelt piece, beautifully captured by Booth…”

“Claire Booth sang with character, passion and commitment in all her items […] Colin Matthews’s Seascapes set words in a Bergian, expressionist mode, with a richly lyrical soprano line that Claire Booth clearly relished. Mark-Antony Turnage’s Owl Songs are a tribute to his friend and mentor Oliver Knussen, who died in 2018, and who Turnage nicknamed “Big Owl”. The settings were by turns assertive, sparkling and – in the end – doleful, the cor anglais again underpinning Booth’s poised singing.”

“Poulenc’s monodrama La Voix Humaine, recorded earlier this week on stage by that most questing, resourceful and intelligent of sopranos Claire Booth..“

“Claire Booth and Christopher Glynn’s La Voix Humaine for Grange Park Opera is as good as it gets. …. soprano Claire Booth pours herself into the role of Jean Cocteau’s complicated , self-deceiving heroine Elle, pain and anger spilling over into controlled chaos… it didn’t occur to me to cry, I was far too moved.”

“How faithfully should the sprechgesang settings of the text be observed?….Claire Booth was the soloist here, and got that balance between speech and song exactly right. There was certainly caricature in her presentation – which stayed on the right side of winsomeness – but musical accuracy too.”

“Claire Booth’s Nitocris was devoured by emotional conflict and religious zeal; a barn storming performance by an actor-singer who can raise the dramatic heat as soon as she enters the stage.”

“The role of Berenice, sung with due star quality by Claire Booth, who plays the ill-fated Egyptian Queen with a temperamental dash of Olivia Colman from The Favourite”

“La Voix Humaine is one of the hardest tests for a soprano and in this new production Claire Booth makes it wholly unforgettable… with Booth’s expressiveness so intense, the colours of the voice so beautiful, this doesn’t feel virtual but all too real”

“Booth is an intensely watchable performer, responsible for translating so many contemporary works into emotional language an audience can understand. Here she tackled Haas’ extreme vocal writing with complete conviction”

“Claire Booth was a polished Rosina, singing immaculately with florid vibrato and a feminine guile. Booth deserved credit for performing more of the evening dressed in her underwear than as a wealthy heiress…“

“An epoch-making performance – her force blazes with energy and subsides with exhausted despair. It’s a real tour de force. She has done nothing finer.”

“Claire Booth heads up a fabulous cast with a knockout performance in the title role. Her voice is well suited to choppy writing, but her command of the role’s irrepressible passion exceeds even high expectations, and the scene in which she reflects on having found a true mate is almost unbearably moving.”

“Booth and Glynn are certainly on fire here… Booth goes all out to capture the yearnings and frustrations of (Haugtussa) with a wholly contemporary lack of inhibition… this new recital, strongly recommended, contributes greatly to the catalogue.” 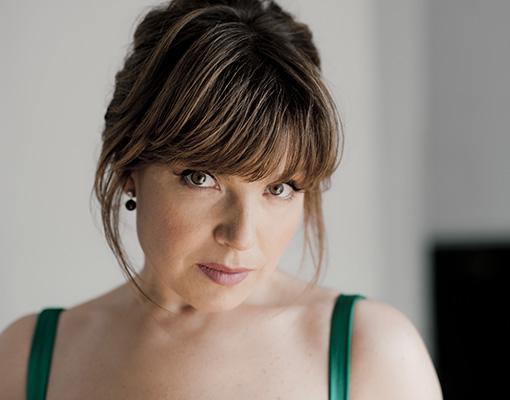 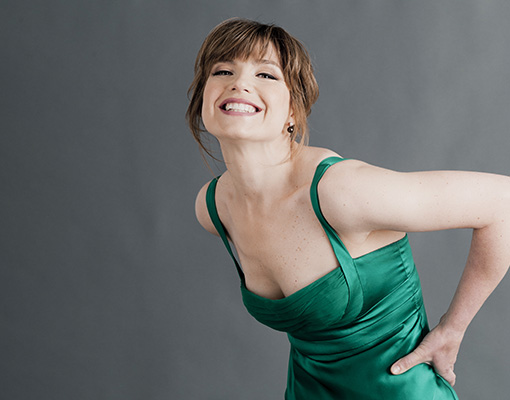 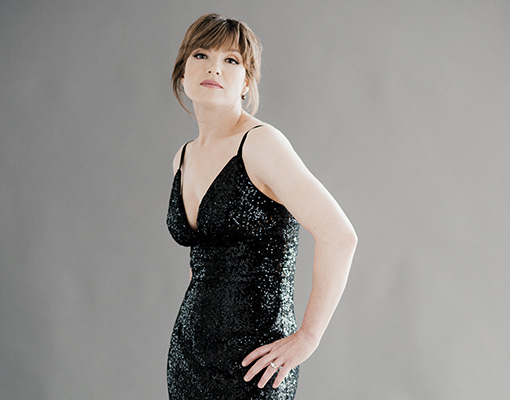 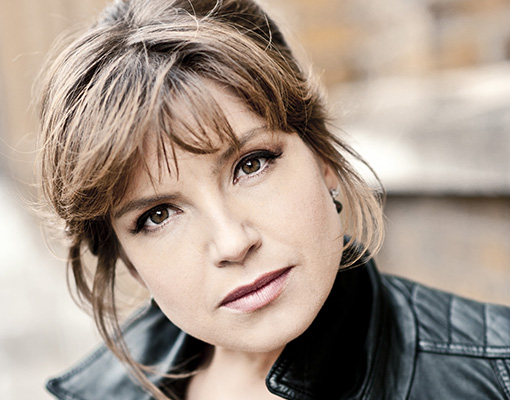 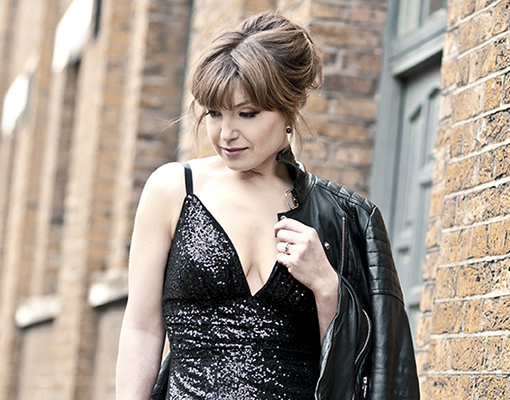 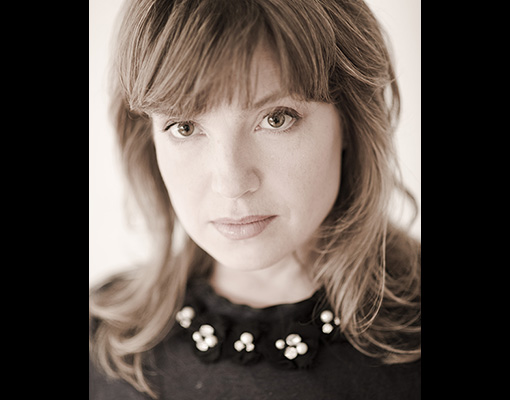 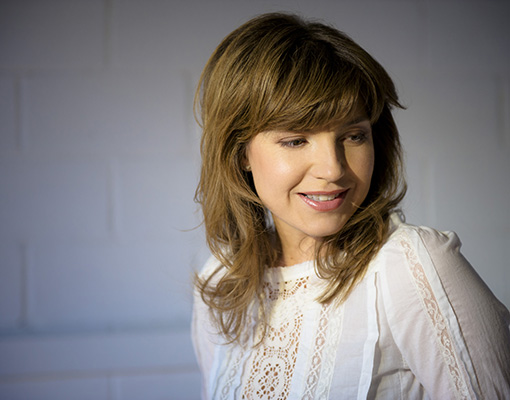 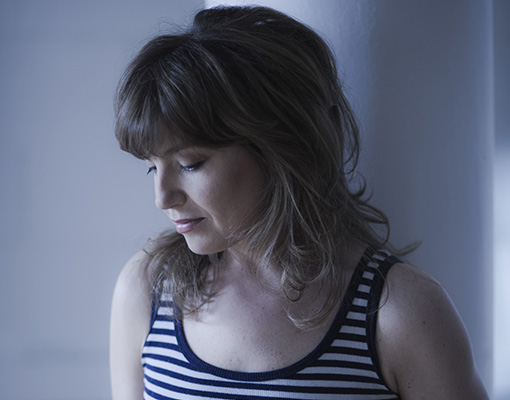 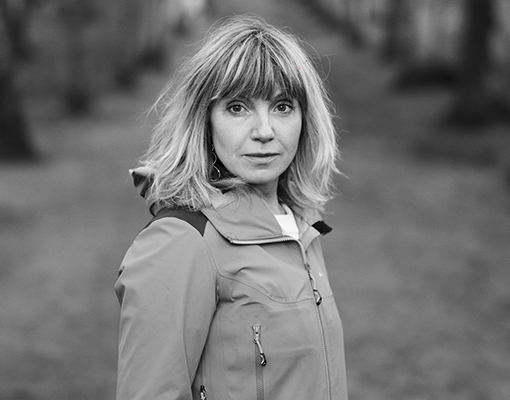 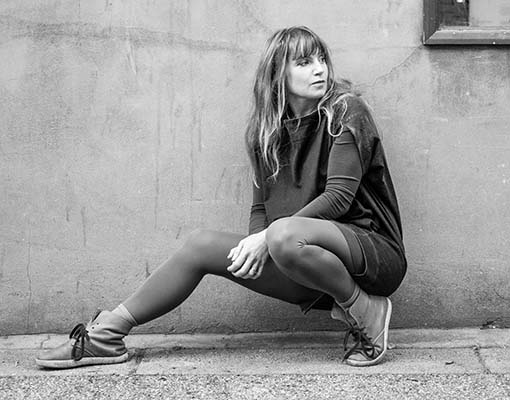 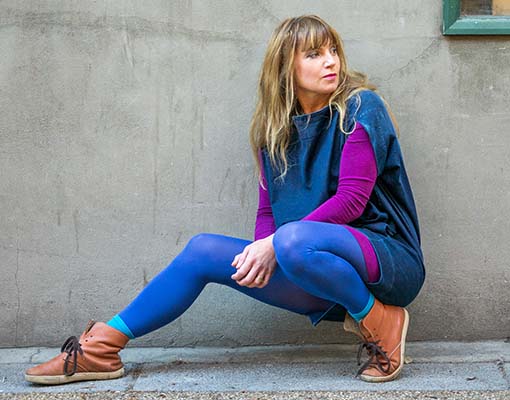 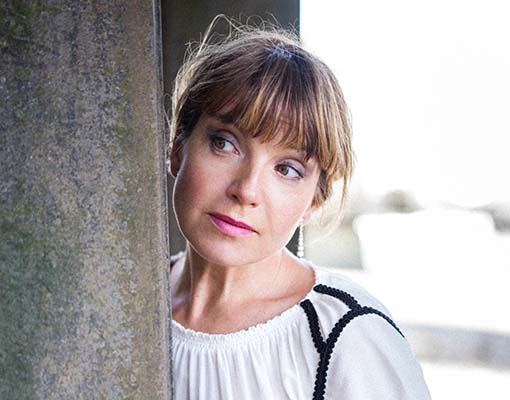 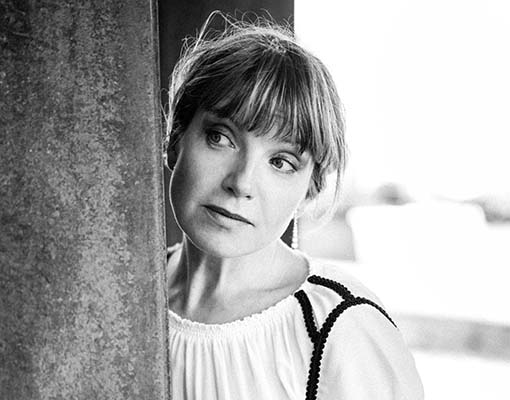 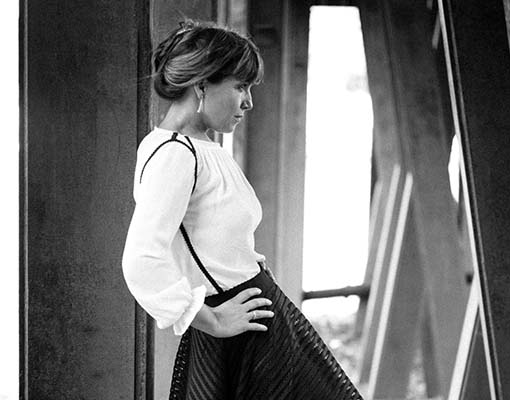 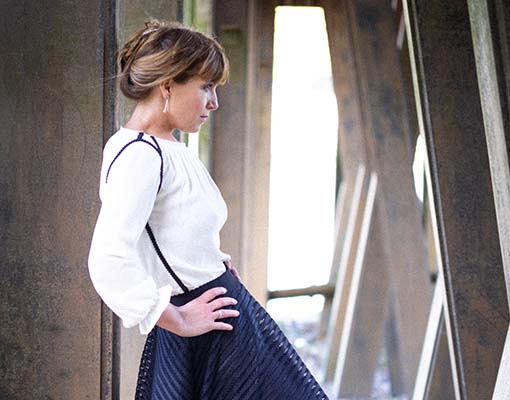 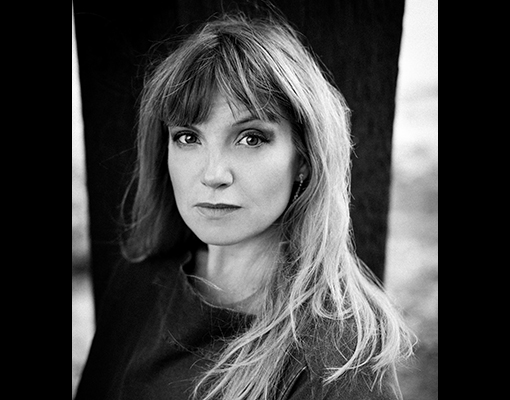 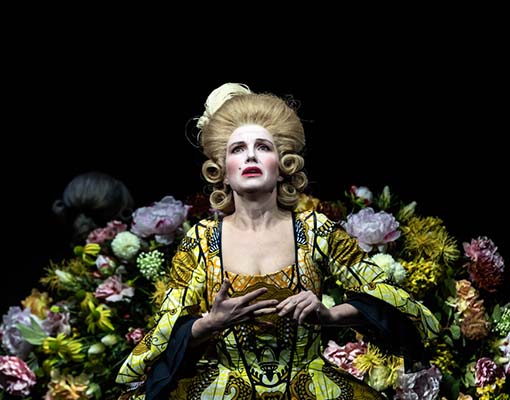 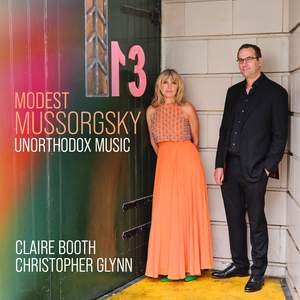 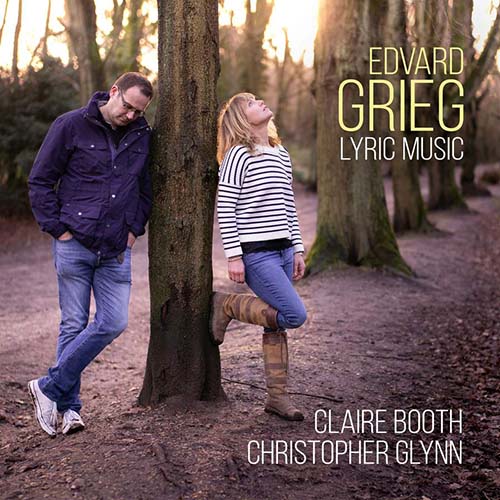 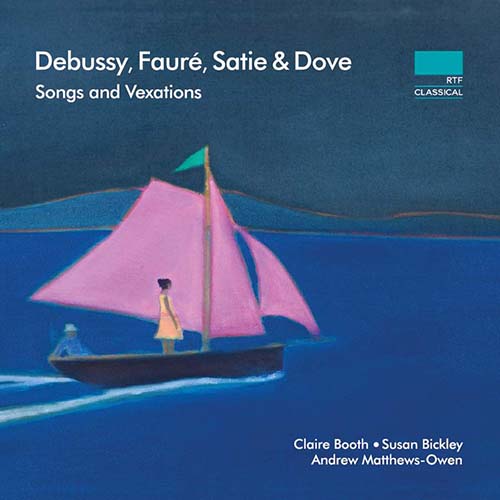 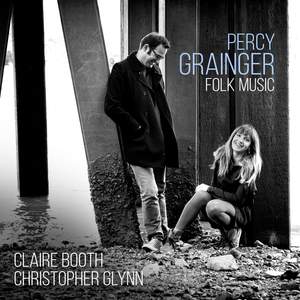