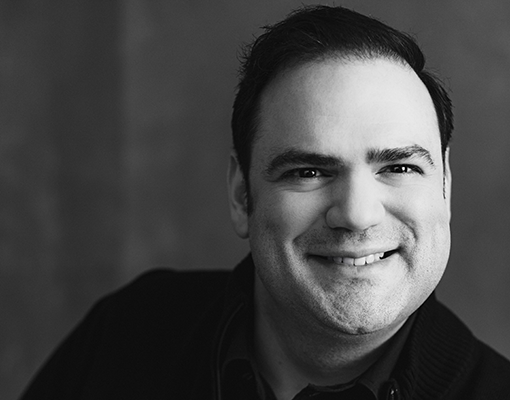 Praised for having “… [a] voice [which] abounds in velvet timbre, which can sound both dramatic and lyrical” and “a real dramatic baritone voice… applying impressive mezza voce in dynamics, but also letting the tone resound evenly in full, voluminous fortes, including top notes”, Spanish-American baritone Daniel Luis de Vicente is quickly establishing himself at an international level. Recently the winner of the 2020 Austrian Music Theater Prize for best male supporting role, he is quickly gaining recognition for his fully scoped and thrilling interpretations of 19th and 20th century Italian repertoire.

On the concert platform, Mr. de Vicente has sung the baritone solo in Dvorak’s Te Deum and Beethoven’s 9th Symphony with the Bochumer Symphoniker in the new Anneliese Brost Musikforum. He was also a featured soloist in a concert with Darmstädter Residenzfestspiele named “Italienische Opernnacht”.

“The Hanover State Opera was able to engage two vocal soloists, who recently excelled in their respective roles at the Bregenz Festival. On the one hand, there is Daniel Luis de Vicente, who is absolutely thrilling in the title role. His Rigoletto oscillates brilliantly between the derided clown of a pleasure-seeking and unsympathetic society and the desperate father who wants to protect his daughter from all the dangers in this world. But he not only succeeds in a completely convincing role as an actor, because with his voluminous, powerful and nevertheless flexible baritone he also knows how to inspire vocally.”

“From a vocal point of view, the new La Traviata is dominated by the performance of the guest Spanish baritone Daniel Luis De Vicente . With the entrance of his Giorgio Germont into the action, the first premiere took on a full-blooded opera soul. Not only thanks to his timbre’s warm, multi-layered, firm and velvety plush material in all registers, but above all for his authentic Italianism and stylish phrasing, which is mentioned in Bratislava’s production notes.”

“Daniel Luis de Vicente is no less convincing as Michele, shuffling and depressed – his great jealousy escalates to the highest vocal level in the murder of his rival. It’s dramatic and compelling. Inspiring as the dazzlingly playful Gianni Schicchi he is a real stage hound who manipulates everyone and everything. His magnificent voice enchants the audience.”