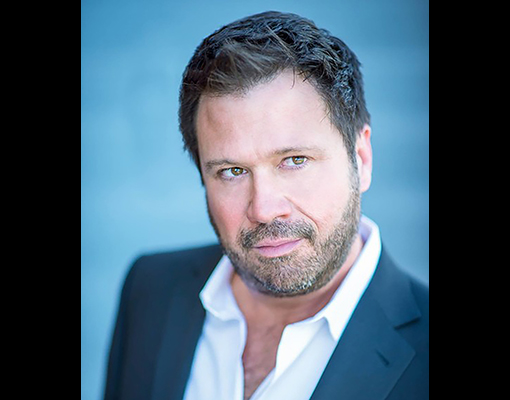 David Daniels is known for his superlative artistry, magnetic stage presence and a voice of singular warmth and surpassing beauty, which have helped him redefine his voice category for the modern public. The American countertenor has appeared with the world’s major opera companies and on its main concert and recital stages. He made history as the first countertenor to give a solo recital in the main auditorium of Carnegie Hall. The Chicago Tribune has called Mr. Daniels “today’s gold standard among countertenors.” Gramophone magazine acknowledged his contribution to recorded excellence as well as his expansion of the repertoire for his voice type by naming him one of the “Top Ten Trailblazers” in classical music today. The 2017 – 2018 season sees Mr. Daniels return to Houston Grand Opera for his role debut as Tolomeo in the James Robinson production of Giulio Cesare.

In the 2016 – 2017 season, Mr. Daniels reprised his acclaimed performance of Bertarido in Handel’s Rodelinda at the Bolshoi Theatre and appeared as a featured soloist on The Metropolitan Opera’s 50th Anniversary Gala. On the concert stage, he performed the role of Orfeo in Gluck’s Orfeo ed Euridice with the Atlanta Symphony Orchestra conducted by Robert Spano which was recorded live, and made his debut with Boston Baroque as the alto soloist in Bach’s Mass in B minor, conducted by music director Martin Pearlman. Mr. Daniels also appeared as artist-in-residence with the Santa Fe Chamber Music Festival this summer where he performed three concerts featuring music of Vivaldi, Handel, and Hahn, as well as return to Wigmore Hall for a recital with Martin Katz.

The world premiere of Theodore Morrison’s Oscar remains a career highlight in a return to the Santa Fe Opera. Mr. Daniels’s performance of the piece, which was written for him, was lauded by The New York Times: “Mr. Daniels was superb, not only singing but also acting the role with a savvy Wildean mix of arrogance and vulnerability. His sustained tone was beautiful, and his occasional purposeful flirtations with a baritonal register were amusing.” Mr. Daniels has since given the East Coast premiere with Philadelphia Opera.

Additional highlights include his debut at the Bolshoi Theatre in Moscow as Bertarido in Rodelinda, the role of Trinculo in Ades’ The Tempest with Wiener Staatsoper, the title role of Radamisto at Theatre an der Wien as well as an international concert tour of the same opera with The English Concert under the direction of Harry Bicket which included performances in Paris, Birmingham Town, London, Toulouse, Ann Arbor, and culminated with a performance at Carnegie Hall.

Highly sought after for the works of Handel, Monteverdi, Gluck, Mozart and Britten, Mr. Daniels has been featured on the great operatic stages of the world to overwhelming critical acclaim. Highlights of recent seasons include multiple appearances at the Metropolitan Opera as the title role of Giulio Cesare in Sir David McVicar’s inventive production, Prospero in the Baroque pastiche The Enchanted Island, and in the title role of Gluck’s Orfeo ed Euridice in a new production marking Mark Morris’ debut at the Met as a stage director and conducted by music director James Levine. Appearances at Lyric Opera of Chicago include the title role in Handel’s Rinaldo, Oberon in Britten’s A Midsummer Night’s Dream, and Lichas in Peter Sellars’ new production of Handel’s Hercules. Additional appearances include Arsamenes in Handel’s Xerxes and Bertarido in Handel’s Rodelinda with the San Francisco Opera. At the Santa Fe Opera his role debut as Roberto in Vivaldi’s Griselda, the work’s first major U.S. production by Peter Sellars, drew rave reviews. Additional highlights include Lichas in the Peter Sellars production of Hercules with the Canadian Opera Company; Ottone in Sir David McVicar’s production of Agrippina with Gran Teatre del Liceu; and Didymus in Handel’s rarely heard Theodora with The English Concert.

Equally at home in recital as on the opera stage, Mr. Daniels has won admiration for his performances of extensive concert and art song repertoire, including song literature of the 19th and 20th centuries not usually associated with his voice type. Following his Carnegie Hall recital debut in 2002, The New York Times reported, “There was a sense of occasion in the air, and he didn’t disappoint. This was a compelling, even exhilarating recital, covering a wide range of bases in six distinctive sets.” Mr. Daniels has given recitals at London’s Wigmore Hall, New York’s Avery Fisher Hall, Alice Tully Hall, and Walter Reade Theater at Lincoln Center; at Munich’s Prinzregententheater and Vienna’s Konzerthaus; in Barcelona’s Gran Teatre del Liceu; at the Edinburgh, Tanglewood, and Ravinia Festivals; as well as in Ann Arbor, Atlanta, Chicago, Lisbon, Toronto, Vancouver and Washington. His French recital debut was a sold-out performance at the Salle Gaveau in Paris.

In concert, Mr. Daniels made his debut with the Berlin Philharmonic in Bach’s Mass in B Minor conducted by Sir Roger Norrington, Bach’s St. Matthew Passion with the Royal Concertgebouw Orchestra in Amsterdam, and he has toured Europe with the Basel Chamber Orchestra and mezzo-soprano Magdalena Kožená. Also in Europe, Mr. Daniels performed works by Bach and Vivaldi with Fabio Biondi and the Stavanger Symphony Orchestra. Mr. Daniels collaborated with Maestro Labadie in Bach’s St. John Passion for his Chicago Symphony Orchestra debut. He has toured extensively with long-time collaborator Harry Bicket and The English Concert, performing in London, Toulouse, Vienna, Munich, Vancouver, San Francisco, Chicago, Los Angeles, and New York City. He made his Philadelphia Orchestra debut under conductor Bernard Labadie, and has sung with the New York Philharmonic and St. Louis and Seattle Symphonies.  He has also sung with the San Francisco Symphony with Sir Andrew Davis.

An accomplished recording artist with several critically-acclaimed and best-selling solo albums to his credit, Mr. Daniels’s latest release was a collection of Bach’s Sacred Arias and Cantatas conducted by Harry Bicket with The English Concert. He has also released a recording of Pergolesi’s Stabat Mater, as well as solo works by the composer in a disc with soprano Dorothea Röschmann and conductor Fabio Biondi.  Showing his diverse musical personality, another release featured Berlioz’s song cycle Les Nuits d’été, and included songs by Ravel and Fauré conducted by John Nelson. The New York Times wrote, “The term ‘countertenor star’ used to be an oxymoron, but David Daniels, for one, has made it a reality. There’s no faulting his artistry. He has an unusually round, warm sound. He certainly knows his instrument.”

Other recordings include A Quiet Thing (with guitarist Craig Ogden), and a recording of Handel’s Rinaldo on the Decca label in which he sang the title role opposite Cecilia Bartoli, and which received a Gramophone Editor’s Choice Album of the Year award. His debut disc was Handel: Opera Arias conducted by Sir Roger Norrington, followed by Sento Amor, with arias by Mozart, Gluck and Handel, and Serenade, a recital of songs by Beethoven, Gounod, Poulenc, Schubert and others with his frequent piano partner Martin Katz.

Honored by the music world for his unique achievements, Mr. Daniels has been the recipient of two of classical music’s most significant awards: Musical America‘s Vocalist of the Year and the Richard Tucker Award.

Mr. Daniels was born in Spartanburg, South Carolina, the son of two singing teachers. He began to sing as a boy soprano, moving to tenor as his voice matured, and earned an undergraduate degree from the Cincinnati College-Conservatory of Music. Mr. Daniels made the daring switch to the countertenor range during graduate studies at the University of Michigan with tenor George Shirley, where he is currently a Professor of Music on the voice faculty.

“Mr. Daniels was superb, not only singing but also acting the role with a savvy Wildean mix of arrogance and vulnerability. His sustained tone was beautiful, and his occasional purposeful flirtations with a baritonal register were amusing.”

“Daniels portrays the cleaned-up Wilde with great sensitivity, and he sings most expressively.”

“Mr. Daniels was superb, not only singing but also acting the role with a savvy Wildean mix of arrogance and vulnerability. His sustained tone was beautiful, and his occasional purposeful flirtations with a baritonal register were amusing.”

“Daniels portrays the cleaned-up Wilde with great sensitivity, and he sings most expressively.”

“The performances and production were first rate, however. Mr. Morrison wrote the opera for the great countertenor David Daniels, and the vocal writing was tailored to show off his melting legato, with a little coloratura. Mr. Daniels stressed Wilde’s vulnerability in a sensitive portrayal.”

“Mr. Daniels, who played Caesar at the Met in 2007 is again remarkable, singing with his full-bodied sound, emphatic delivery and technical command. He conveys the emperor’s vulnerability when he finds himself bewitched by Cleopatra or touched by the anguish of the suffering Cornelia. But when called for, Mr. Daniels can make fun of himself, as in a spirited aria when Caesar must rush from Cleopatra’s chambers to avoid the advancing forces of Ptolemy. As Mr. Daniels stops to dispatch bravura run after bravura run, Ms. Dessay’s frantic Cleopatra keeps trying to push him out the door to safety.”

“To say that he is the most acclaimed countertenor of the day, perhaps the best ever, is to understate his achievement. He is simply a great singer.” 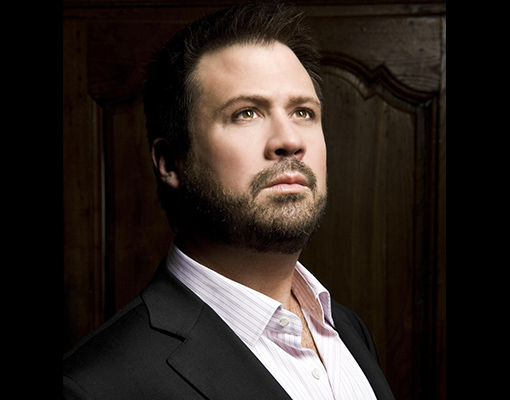