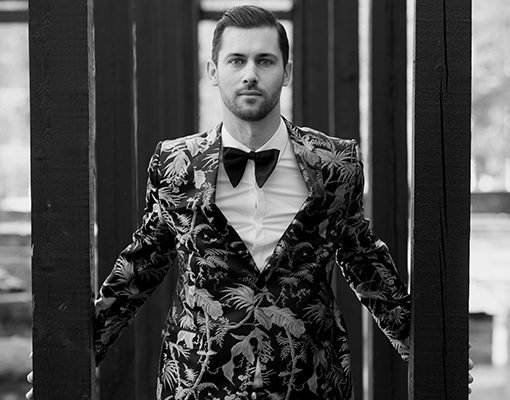 David Hansen was born in Sydney, Australia. He studied singing with Andrew Dalton at the Sydney Conservatorium of Music and furthered his studies with James Bowman, David Harper and Graham Pushee.

In the 2022/23 season, Hansen will sing the roles of Alessandro Cesare in Calixto Bieito’s new production of Cavalli’s Eliogabalo at Opernhaus Zürich under Dmitry Sinkovsky; Smeaton in Donizetti’s Anna Bolena at Théâtre Royal de la Monnaie under Francesco Lanzillotta; and Nerone in Monteverd’s L’incoronazione di Poppea with I Gemelli and Emiliano Gonzalez Toro at the Théâtre des Champs-Élysées and under Jordi Savall at the Gran Teatre del Liceu, Barcelona.

Recent engagements include the title role in Handel’s Serse at the Badisches Staatstheater Karlsrude; The Witch in Hansel and Gretel at Den Norske Opera & Ballett; Sesto in Mozart’s La clemenza di Tito at Theater an der Wien; Broschi’s Merope at the Innsbruck Festival of Early Music under Alessandro De Marchi; Ruggiero in Handel’s Alcina at Theater an der Wien, the Badisches Staatstheater Karlsruhe and the Bolshoi Theatre; Prince Gogo in Ligeti’s Le Grand Macabre at Opernhaus Zürich; Carmina Burana with the Bergen Philharmonic Orchestra under Gardner; and Vivaldi’s L’Olimpiade under Andrea Marcon at the Concertgebouw.

Hansen made his European debut in 2004 for the Aix-en-Provence Festival in Purcell’s Dido and Aeneas. Shortly thereafter, he made his UK debut in concerts with the Scottish Chamber Orchestra under the baton of Emmanuelle Haïm, as well as performing the title role in Handel’s Fernando with Il Complesso Barocco with Alan Curtis.

Concert highlights include Carmina Burana with the Berliner Philharmoniker under Sir Simon Rattle; Handel’s Saul at the Wiener Musikverein under Nikolaus Harnoncourt; the title role in Handel’s Solomon with René Jacobs and the Orchestra of the Age of Enlightenment; Bach’s Johannes-Passion with Les Musiciens du Louvre Grenoble and Marc Minkowski; and Handel’s Messiah with Fabio Biondi.

Hansen’s debut solo recording for Sony/dhm, ‘Rivals – Arias for Farinelli & Co.,’ with Academia Montis Regalis and Alessandro De Marchi was released in August 2013 to critical acclaim. His other recordings include ‘Purcell: Music For Queen Mary’ with the Academy of Ancient Music and the choir of King’s College Cambridge, available on EMI Classics; Cavalli’s Giasone, Hasse’s Artaserse and Vivaldi’s Griselda, all recorded for Pinchgut Opera Live; Bach’s Johannes-Passion with Les Musiciens du Louvre Grenoble with Minkowski for Erato/Warner Classics; and Handel’s Parnasso in festa with Marcon for Pentatone.

“David Hansen, a powerhouse countertenor, grows increasingly unhinged as Nero in a performance that was wholly admirable.”

“The wildly talented Australian countertenor David Hansen, who seethed with manic energy and ethical confusion, was great fun to watch—and to hear. Hansen steals the show every time he sings his impossibly difficult lines, which includes some of the most fantastic coloratura I have ever heard from a countertenor.”

“He sparkled in the decorative runs and jumps with energy levels never faltering.”

“David Hansen, a powerhouse countertenor, grows increasingly unhinged as Nero in a performance that was wholly admirable “

“The wildly talented Australian countertenor David Hansen, who seethed with manic energy and ethical confusion, was great fun to watch—and to hear. Hansen steals the show every time he sings his impossibly difficult lines, which includes some of the most fantastic coloratura I have ever heard from a countertenor. “

“Countertenor David Hansen brought not only striking vocal agility to the role of Nerone (Nero), but also at key moments a certain unhinged dramatic intensity, conveying the sense of an emperor intoxicated not only by Poppea’s charms, but also by his own raw power.”

“David Hansen, as Nerone, is a countertenor with a brilliantly dramatic manner that here not only produces riveting undulations of tone, but also an appropriately irritating quality as the self-absorbed and half-demented emperor. That the performance brings that out while still somehow enabling Nerone as a kind of romantic lead is quite a feat.”

“Poppea’s role is overmatched in the score by her lover Nerone, who is called upon often to rocket suddenly into the coloratura stratosphere, which countertenor David Hansen did with extraordinary power and accuracy on Tuesday… In any case, no one in the cast could match him for vocal prowess, although tenor Zachary Wilder gave him quite a run as the emperor’s friend Lucano in the lightning-fast melismas of their duet ‘Di quel viso ridente’ in Act II. And Forsythe and Hansen blended their sounds superbly in the opera’s famous final duet, ‘Pur ti miro’. “

“You will probably never see or hear a better countertenor in the title role [Giulio Cesare]. David Hansen is dazzling, with a brilliant coloratura and a beautifully even tone. Artistic and emotional, he is highly impressive”

“The big discovery for most of the audience was Australian countertenor David Hansen, who has had a meteoric rise to international fame in the last few years. He was funny two weeks ago, and hilarious here as an ambition-free young man who could not keep his shirt buttoned, or indeed even on, and who has a wickedly good sense of humor, and quite the impressive voice as well. Audiences seem totally delighted with him.”

“David Hansen turned in an excellent portrayal as Agrippina’s son, Nero. His Nero is the prototypic hormonal teenager boy—cocky, deeply insecure, and so full of energy as to seem borderline insane. It’s easy to extrapolate the kind of crazy despot he would become. The role of Nero has little meat on it until the last act, in which Hansen practically exploded. A highlight was his seduction attempt of Poppea (who is also being pursued by his father, Claudius), “Coll’ardor del tuo bel core.” There, he urged his shining countertenor to incredible speeds and deftly used Handel’s virtuoso to portray Nero’s mania.”

“The Australian David Hansen is the current Shooting Star of the counter tenor galaxy. At the Innsbruck Festival concert, on Tuesday evening, at Schloss Ambras, he played the role of the legendary castrato, Farinelli, and proved that he is a vocal acrobat… The flexibility of his voice, the range and the dynamic scope, his art of ornamentation, in arias by Leonardo Vinci, Georg Friedrich Händel and Antonio Maria Bononcini, delighted the audience. “

“[David Hansen’s] high notes in soprano are like lightning, the coloratura always remains supple, and his emphasis on the text allows the listener to stay present.”

“Hansen dazzles throughout with his vocal fireworks…, but his real strengths lie in more lyrical singing which highlights the plangent beauty of his voice. “

“David Hansen, as Ottone, has agility to burn in his spectacular third act aria. With his pure-toned voice and sensitive singing, one can forget that he is playing a rather unlikeable character.”

“As the pretender to Griselda’s affections, countertenor David Hansen has a firm, brilliant sound in the vocally acrobatic numbers but makes no less impact in the slow arias where the edge is tempered.”

“There was a precious moment in this year’s Risør Festival of Chamber Music when I simply sat back and thought Wow! One of the artists had cancelled, and in her place came a countertenor previously unknown to me, the Australian-born David Hansen, now living in Norway. On one evening he sang a Handel cantata, on another the lament from Purcell’s “Dido and Aeneas”. Both were utterly mind-blowing. Hansen’s voice is virile yet mellifluous, words strongly articulated, his performing style grippingly intense and supple of character. He gave an encore of “Dido’s Lament”, ornamenting it differently from before, and I could happily have listened to him do it a third time, or even a fourth.”

“The knockout performance came from counter-tenor David Hansen, who uses his beautiful voice with artistry and intelligence, and some dazzling ornamental pyrotechnics.”

“Hansen gave an electrifying reading of Vivi, tiranno from Rodelinda, packed with fire, risky virtuosic flights and a breath control that bore witness to his ingenuity and stamina. Here is a young artist whose career is clearly on the up.”

“The first half featured the astonishing Australian counter-tenor David Hansen performing three Handel arias with the physical confidence of an Olympic athlete. The Baroque ornamentation he applied to these operatic numbers was the equivalent of a gold-medal-winning pentathlon performance, and the crowd roared with approval as he took his bows.”

“David Hansen, a brilliant young Australian-born countertenor who is singing across the world, made his local stage debut as the Roman emperor Nerone (Nero). His physical and vocal agility were astonishing and, like the rest of the cast, he delivered a powerful, emotionally charged performance.”

““Solomon,” at Lincoln Center, was led by David Hansen, a pure-voiced young Australian who is typical of a new breed of matinée-idol countertenors.”

“Musically, one could not have wanted a more exciting realization of Orff’s exuberant score…the counter-tenor David Hansen had no problem with the mercilessly high part that so frequently cracks up customary tenors trying to sing the poor spitted swan’s lament in forced falsetto.” 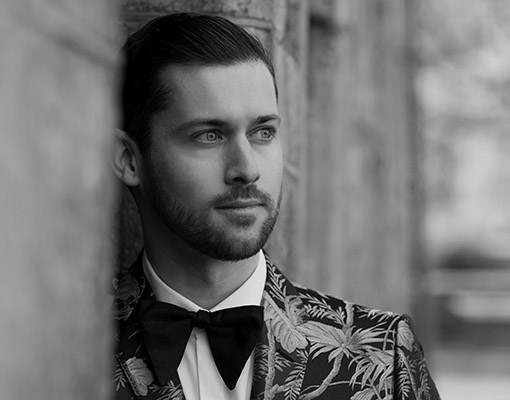 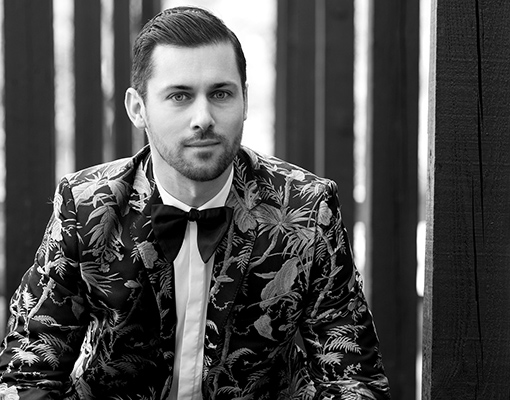 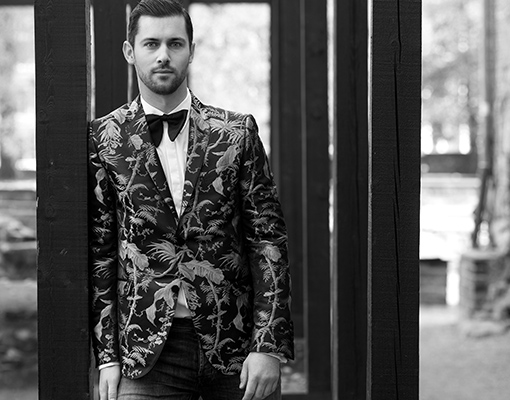 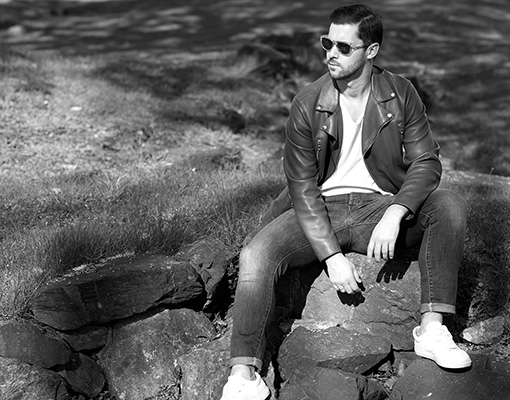 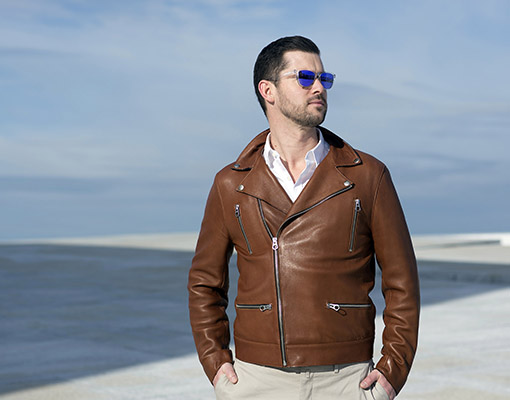 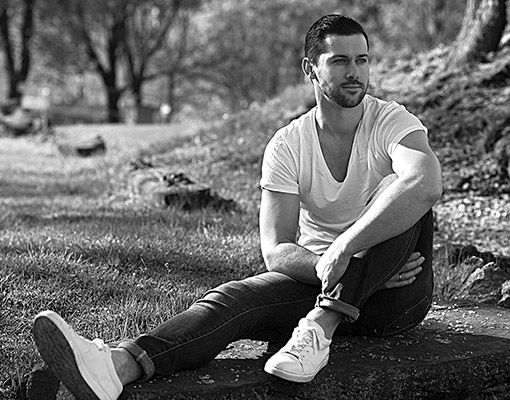 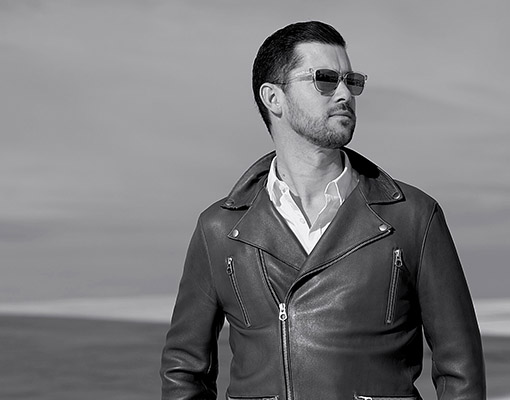