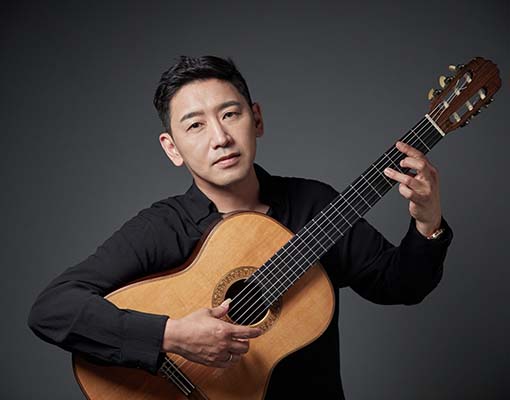 Denis Sungho is a Belgium national, adopted from South Korea at birth, who started playing the guitar at the age of 7. A gifted child, his virtuosic talent stood out at the age of 14 when he won his first competition organized by SABAM, the Belgian Association of Authors, Composers and Publishers. Denis obtained his first diploma at the Royal Conservatory of Brussels in one year with the congratulations of the jury. He then studied for 4 years with the legendary Odair Assad at the Royal Conservatory of Mons. His studies continued with Masters Sergio Assad and Alberto Ponce as his teachers.

Elected “Rising Star”’ by the European Concert Hall Organization network (ECHO) and the Palais de Beaux Arts in Brussels, Denis has performed at various renown venues including Carnegie Hall in New York, Concertgebouw in Amsterdam, Philharmonie de Berlin, and Philharmonie de Cologne among many others. He has been invited by the Ensemble Intercontemporain, Oxalys and is also a laureate of the Belgian Vocation Foundation.

As a young classical guitarist recognized for his ensemble playing as well as his interpretation and promotion of the modern classical guitar repertoire including Korean contemporary music, Denis relocated to his mother country in 2010 and continued his artistry performing with top orchestras and artists in Korea and from abroad.

In 2018, Denis was appointed by the International Olympic Committee as the Artistic Director for the 2018 Winter Olympic Games in Pyeongchang, South Korea. There, he created and directed exclusive concerts for more than 20 Heads of State as well as for hundreds of CEOs of global corporations and personalities from the world of arts, sport and politics.

A frequent soloist with leading orchestras, in 2019, Denis performed at the Korean Presidential House of Cheong Wa Dae for Their Majesties the King and Queen of Belgium as well as the South Korean President Moon Jae-in.

Denis Sungho is a guitarist that goes beyond the classical with passion and vitality to bring versatility to the classical repertoire. Denis’ performances, recordings, and collaborations, which have included artists such as Korean pop singer Kim Bum-soo and legend Insooni, as well as world-renown diva Sumi Jo among others. Denis is the first musician in Asia to collaborate with such artists across genres and also the first guitarist to be invited to Martha Argerich’s Lugano Festival.

Denis has been featured on several South Korean network television including a documentary on his amazing life journey as an overseas adoptee and globally recognized guitarist.

His unique artistry has been described as that of a superb instrumentalist and an elegant musician, possessing seductive sound and uncommon lyrical gifts. Denis’ particular life history and dual identity permeates his music, both as performer and as composer.

“Genius, his fingers literally fly on the guitar, a sonorous fantasy, such mastery of instruments, real miracles.”

“Genius, his fingers literally fly on the guitar, a sonorous fantasy, such mastery of instruments, real miracles”

“The guitar, that worn-out amateur object of the campfire romantics – it can sound so noble and enchanting if you know how to handle it like the Denis Sung-Ho”

“The way he mesmerizes the audience with just one guitar. It was amazing.”

“His album for Naxos (Paganini) was ranked in Korea’s top five for classical music as well as selected in the top 50 guitar albums by the Naxos label.

Classical Guitar – 50 of the Best

“His recording of the Leo Brouwer’s Concerto Elegiaco and quintet (Fuga Libera) feature in the “Guitar TOP 100” (100 best guitar recordings since 1985).

“An album of great Beauty breathes like a simple acceptance of life, sublimated tranquility’”

IMG Artists Seoul  is delighted to welcome guitarist Denis Sungho to its roster for General Management. He will be represented worldwide by Chief Managing Producer Yaejoong Tony Kim and Artists Manager Jiyun Lee from the company’s Seoul office. A sophisticated... 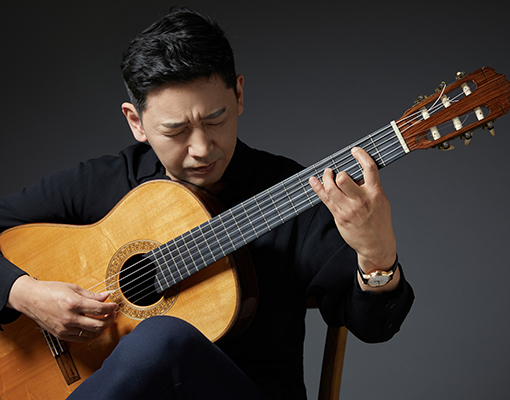 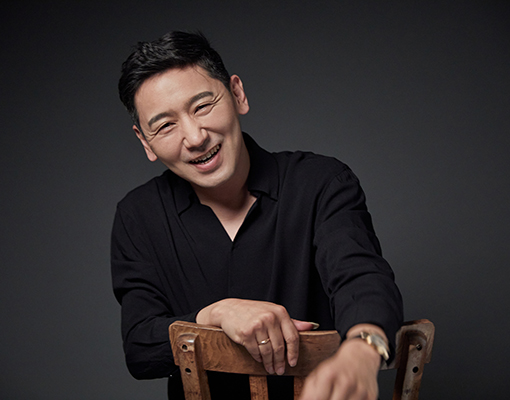 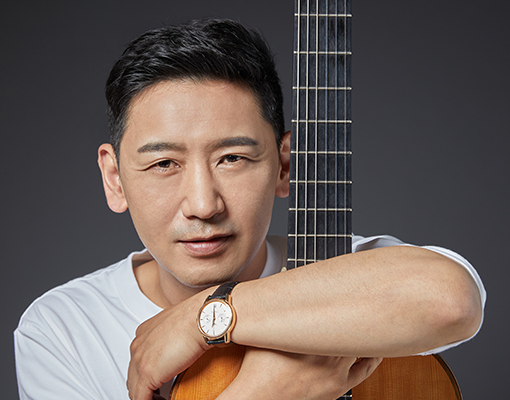 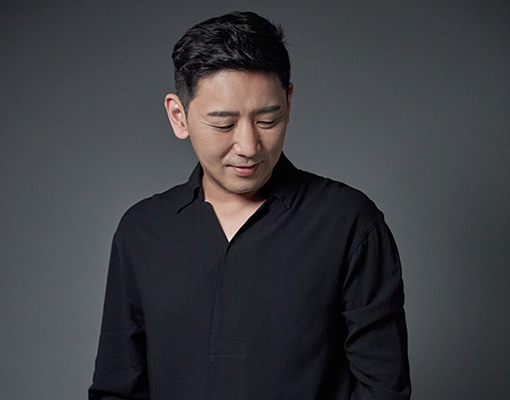 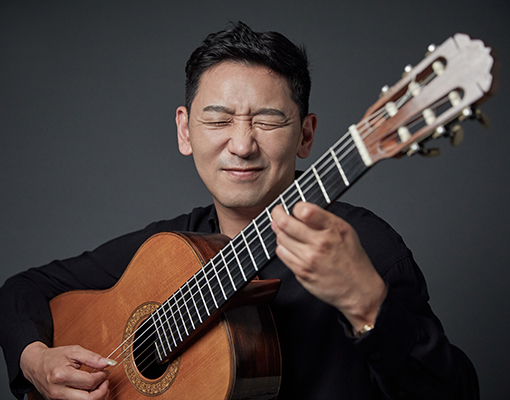 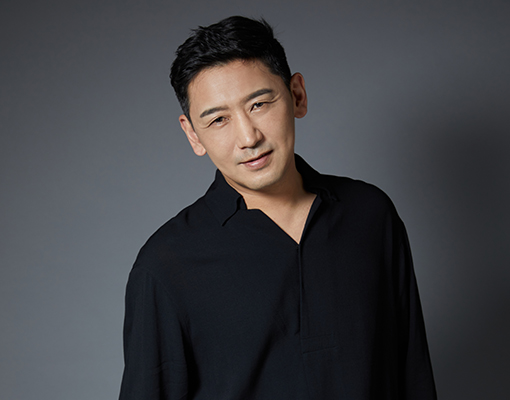 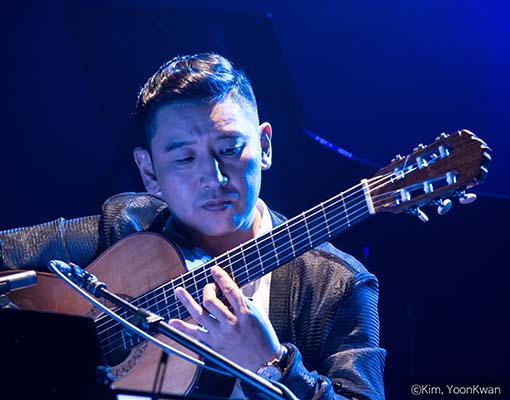 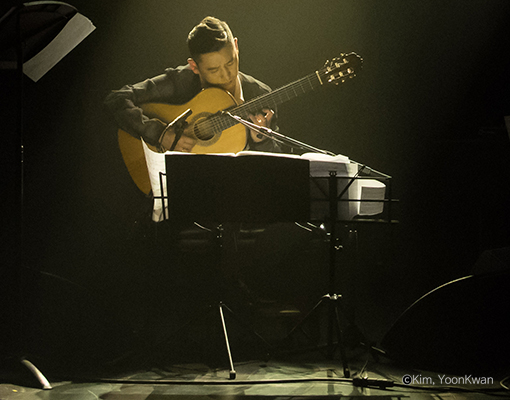 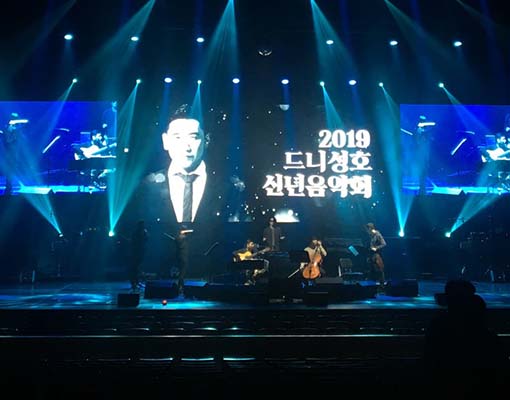 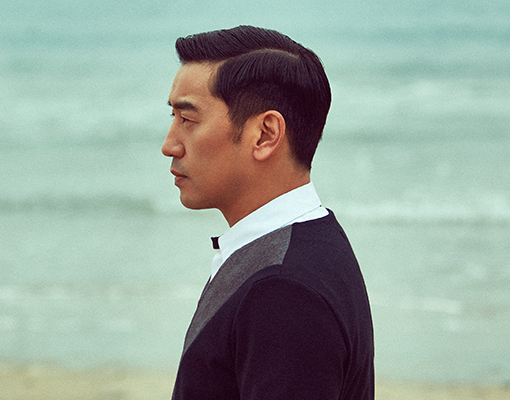 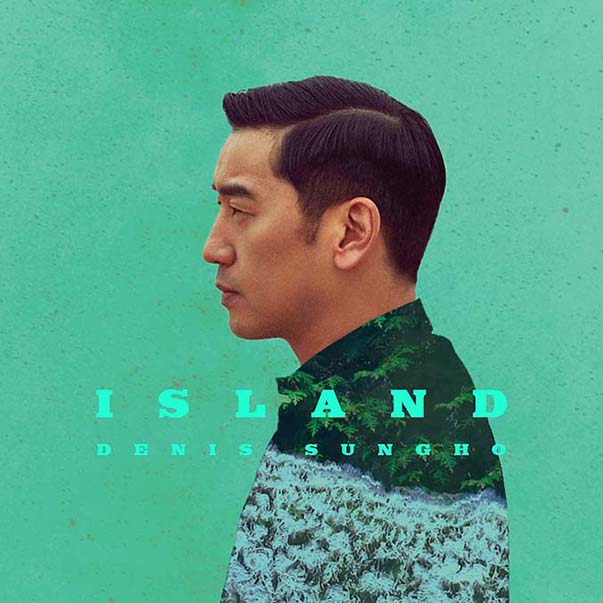 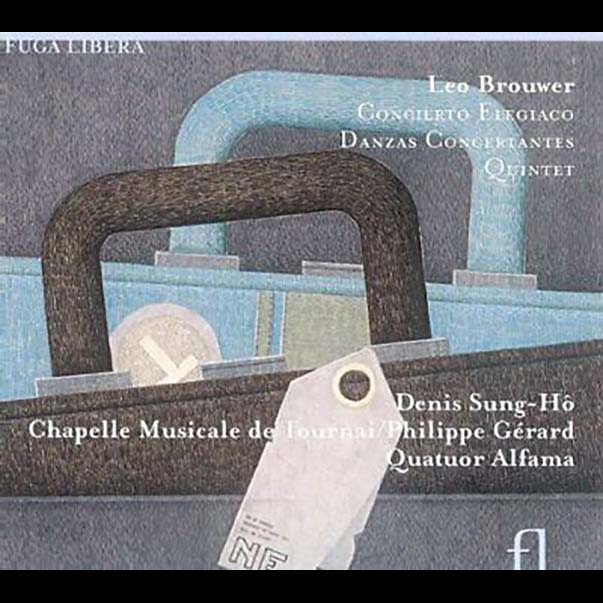 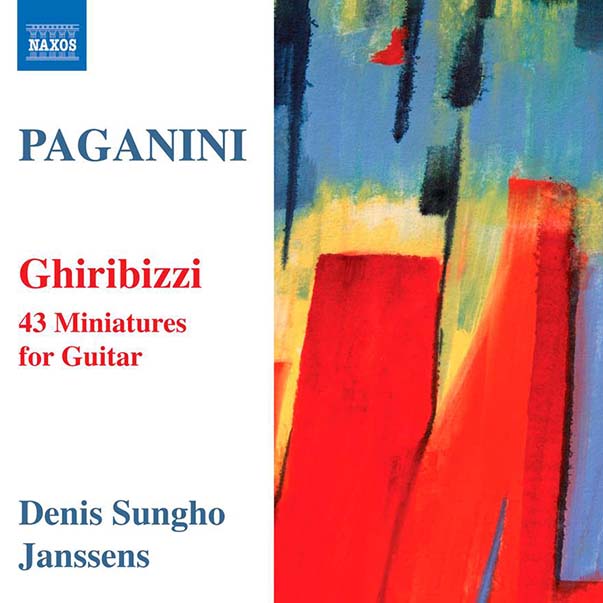 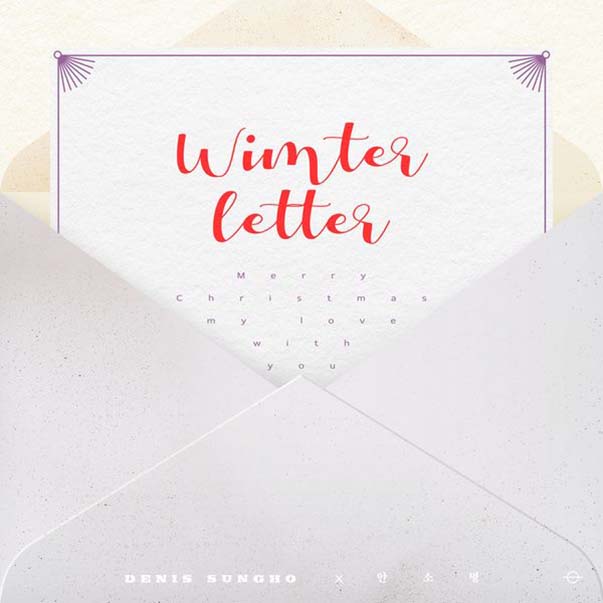