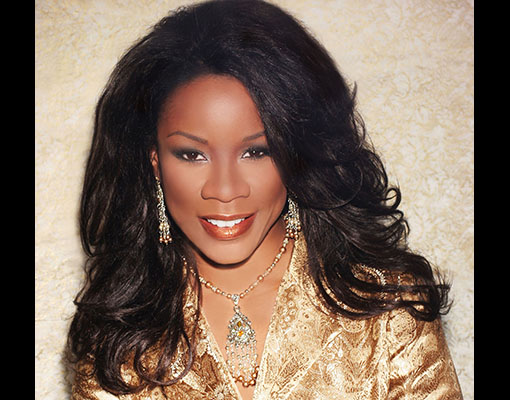 Recognized worldwide as one of today’s most exciting vocal stars, Denyce Graves continues to garner unparalleled popular and critical acclaim in performances across four continents. USA Today identifies her as “an operatic superstar of the 21st century,” and the Atlanta Journal-Constitution exclaims, “If the human voice has the power to move you, you will be touched by Denyce Graves.”

Ms. Graves appears continually on the stages of leading theaters in North America, Europe, and Asia. Highlights have included a Robert Lepage production of The Rake’s Progress at San Francisco Opera; the title role in the world premiere of Richard Danielpour’s Margaret Garner at Michigan Opera Theater, followed by further performances at Cincinnati Opera, Opera Carolina, and Opera Philadelphia; the role of Charlotte in Werther at Michigan Opera Theatre opposite Andrea Bocelli in his first staged operatic performances; and the role of Judith in a William Friedkin production of Bartok’s Bluebeard’s Castle in her return to Los Angeles Opera, a role she has also sung Judith at Washington National Opera and Dallas Opera. Recent appearances include the world premieres of Douglas J. Cuomo’s Doubt at Minnesota Opera and Terence Blanchard’s Champion at Opera Theatre of St. Louis, as well as role debuts of Katisha in The Mikado at Lyric Opera of Kansas City and Herodias in Salome at Palm Beach Opera.

In the 2021-2022 season, Ms. Graves returns to the Metropolitan Opera as Maria in James Robinson’s acclaimed production of Porgy and Bess. On the concert stage, she joins the Metropolitan Opera Orchestra and Chorus under the direction of Yannick Nézet-Séguin for a special, season-opening performance of Mahler’s Symphony No. 2 Resurrection, and joins the Dallas Symphony Orchestra for a concert honouring Justice Ruth Bader Ginsburg. She also gives solo recitals at Ithaca College, the Lawrence University Conservatory of Music, and the Clarksville Community Concert Artist Series, joined by frequent collaborator Laura Ward. Finally, Ms. Graves makes her directorial debut in a new production of Carmen at Minnesota Opera and the Glimmerglass Festival.

In the 2020-2021 season, Ms. Graves makes her debut at the Glimmerglass Festival as the title role in the world premiere of The Passion of Mary Caldwell Dawson, with music by Carlos Simon set to text by Sandra Seaton. She also performs in a program hosted by Tulsa Opera, entitled Greenwood Overcomes, honoring the centennial of the Tulsa Race Massacre. Additionally, she participates in a program hosted by the Trust of the National Mall, as well as a special presented by PBS entitled “United in Song: Celebrating the Resilience of America.” Previously scheduled engagements include performances at the Teatro Colón as Erda in Das Rheingold and at Cincinnati Opera as Madame de la Haltière in Cendrillon.

In the 2019-2020 season, Ms. Graves returned to the Metropolitan Opera as Maria in Porgy and Bess, the recording of which won the 2021 Grammy for Best Opera Recording, while in concert, she sang in the Jacksonville Symphony Orchestra’s annual gala. She had also been scheduled to reprise Emelda Griffith in Champion at Michigan Opera Theatre, as well as Maria in Porgy and Bess at Washington National Opera.

Highlights of recent seasons include Ms. Graves’ return to the stage of the Royal Opera House, Covent Garden, in Sir David McVicar’s new production of Andrea Chénier conducted by Music Director Sir Antonio Pappano, her return to the Metropolitan Opera as the Mother in Nico Muhly’s new opera Marnie, and her role debut as Erda in Das Rheingold at Minnesota Opera. She also reprised her acclaimed portrayal of Emelda Griffith at Washington National Opera, and sang Filippyevna in Evgeny Onegin at Florida Grand Opera, Nettie Fowler in Rodgers and Hammerstein’s Carousel in a new Rob Ashford production presented by Lyric Opera of Chicago, and Madeline Mitchell in Jake Heggie’s Three Decembers at Kentucky Opera. In the service of her country, she celebrated the bicentenary of The American National Anthem in a Star Spangled Spectacular for PBS Great Performances, appearing with Kristin Chenoweth, Smokey Robinson, John Lithgow, and Marin Alsop leading the Baltimore Symphony Orchestra.

Ms. Graves has worked with the finest symphony orchestras and conductors in a wide range of repertoire. She has performed with Riccardo Chailly, Myung-Whun Chung, Charles Dutoit, Christoph Eschenbach, James Levine, Zubin Mehta, Lorin Maazel, Kurt Masur, Riccardo Muti, and Mstislav Rostropovich. One of the music world’s most sought-after recitalists, Ms. Graves combines her expressive vocalism and exceptional gifts for communication with her dynamic stage presence. Her programs include classical repertoire of German lieder, French mélodie, and English art song, as well as the popular music of Broadway musicals, crossover and jazz together with American spirituals. For her New York recital debut, the New York Times wrote, “[h]er voice is dusky and earthy. She is a strikingly attractive stage presence and a communicative artist who had the audience with her through four encores.”

In 2001, Ms. Graves gave a series of appearances in response to the tragic events in New York City, Washington, D.C., and Shanksville, Pennsylvania on September 11th. Ms. Graves was invited by President Bush to participate in the National Prayer Service in Washington’s National Cathedral, in which she sang “America, the Beautiful” and “The Lord’s Prayer.” This event was televised worldwide and was followed by an appearance on The Oprah Winfrey Show in a live musical program of “Healing through Gospel Music.” Ms. Graves appears regularly on radio and television as a musical performer, celebrity guest, and the subject of documentaries and other special programming. In 1997, PBS Productions released a video and audio recording entitled Denyce Graves: A Cathedral Christmas, featuring Ms. Graves in a program of Christmas music from Washington’s National Cathedral. This celebration of music including chorus and orchestra is shown each year on PBS during the Christmas season. Ms. Graves was seen on the Emmy-award winning BBC special “The Royal Opera House,” highlighting her debut performances there, and she has been a frequent guest on television shows including Sesame Street, The Charlie Rose Show, and Larry King Live. In 1996, Ms. Graves was the subject of an Emmy-award winning profile on CBS’s 60 Minutes.

For the past two decades, Ms. Graves has been a prolific recording artist. As an exclusive artist, Voce di Donna, a solo recording of opera arias, was released on RCA Red Seal. The Lost Days, a recording with jazz musicians of Latin songs in Spanish and Portuguese, followed in January 2003. In June 2003, Church was released ‒ this recording, developed by Ms. Graves, brings together African-American divas from various forms of music, all of whom were first exposed to music through their upbringing in church. Participants recorded music of their choice and include Dr. Maya Angelou, Dionne Warwick, En Vogue, Patti LaBelle, and others. Other recordings of Ms. Graves include NPR Classics’ release of a recording of spirituals, Angels watching over me, featuring the mezzo-soprano in performance with her frequent partner, pianist Warren Jones, and an album of French arias, Héroïnes de l’Opéra romantique Français, with the Orchestre Philharmonique de Monte-Carlo under Marc Soustrot. Her full opera recordings include Gran Vestale in La vestale, recorded live from La Scala with Riccardo Muti for Sony Classical; Queen Gertrude in Thomas’s Hamlet for EMI Classics; Maddalena in Rigoletto with the Metropolitan Opera Orchestra under James Levine; and Emilia in Otello with Plácido Domingo and the Opéra de Paris, Bastille Orchestra under Myung-Whun Chung, both for Deutsche Grammophon.

Ms. Graves is a native of Washington, D.C., where she attended the Duke Ellington School for the Performing Arts. She continued her education at Oberlin College Conservatory of Music and the New England Conservatory. Ms. Graves is the recipient of many awards, including the Grand Prix du Concours International de Chant de Paris, the Eleanor Steber Music Award in the Opera Columbus Vocal Competition, and a Jacobson Study Grant from the Richard Tucker Music Foundation. In 1991, she received the Grand Prix Lyrique, awarded once every three years by the Association des amis de l’opéra de Monte-Carlo, and the Marian Anderson Award, presented to her by Miss Anderson. In addition, she has received honorary doctorates from Oberlin College, the College of Saint Mary, Centre College, and the New England Conservatory. Ms. Graves’s dedication to the singers of the next generation continues to be an important part of her career; she is a member of the voice faculty at the Peabody Institute, and recently became a distinguished visiting faculty member at The Juilliard School.

“If the human voice has the power to move you, you will be touched by Denyce Graves.” 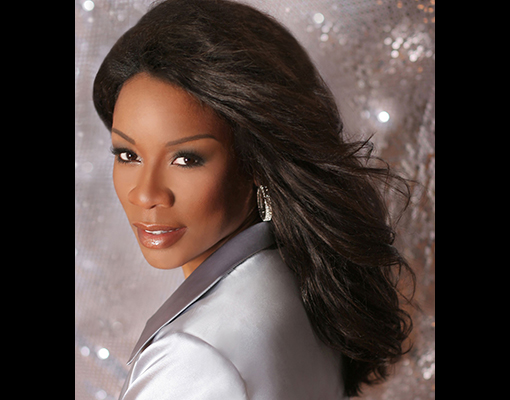 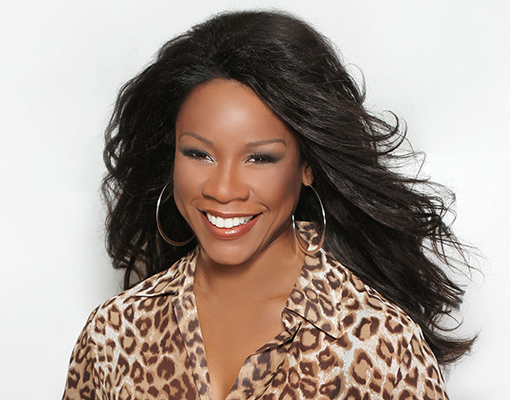