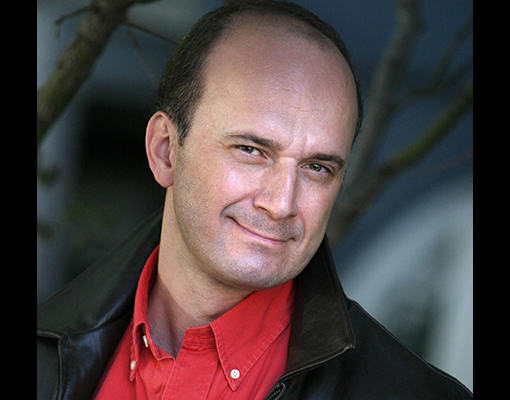 The 1996 winner of the prestigious Richard Tucker Foundation Award, American baritone Dwayne Croft has established himself as a leading artist with prominent opera theaters throughout the world.

Dwayne Croft has participated in seven television broadcasts for the Metropolitan Opera, including their productions of Billy Budd, Madama Butterfly, and Fedora. On five occasions he has been invited to open the Metropolitan Opera season: he participated in their opening gala concert in 2005; he appeared as de Siriex in Act II of Fedora opposite Domingo and Freni in 2002; he was seen as Silvio in I Pagliacci, also opposite Domingo, in 1999; he appeared as Silvio, opposite Teresa Stratas and Luciano Pavarotti, in 1994; and he was seen as Dr. Falke in Die Fledermaus in 1991.

Mr. Croft’s 2014-2015 season began with his return to the Canadian Opera Company as Sharpless in Madama Butterfly, followed by performances of Peter with the Metropolitan Opera under the baton of Sir Andrew Davis. Mr. Croft’s season also featured his company debut with Opera Philadelphia as Walt Whitman in the East Coast premiere of Theodore Morrison’s Oscar, a role he created for the world premiere performances at Santa Fe Opera, as well as performances of Monsieur de Brétigny in Laurent Pelly’s production of Manon at the Metropolitan Opera conducted by Emmanuel Villaume.

Dwayne Croft’s recent seasons include Roucher in Andrea Chénier, Sharpless in Madama Butterfly, Escamillo in Carmen, Ping in Turandot, Chorebe in Les Troyens, and Rambaldo in La Rondine, and Donner in Robert Lepage’s new production of Das Rheingold under the baton of James Levine with the Metropolitan Opera; Escamillo in Carmen at Los Angeles Opera under the baton of Plácido Domingo and with The Dallas Opera conducted by Emmanuel Villaume; Sharpless in Pittsburgh Opera’s production of Madama Butterfly; Dr. Malatesta in Donizetti’s Don Pasquale under the baton of Plácido Domingo at the Washington National Opera; Jack Rance in Puccini’s La Fanciulla del West with the Finnish National Opera; and Harold Hill in Meredith Wilson’s The Music Man at the Glimmerglass Festival under the direction of Tony Award-Nominated director Marcia Milgrom Dodge.

In addition to his work with the Metropolitan Opera, Mr. Croft appeared as Don Giovanni for his official debut with the Washington Opera in 1998, and he returned for acclaimed performances of Posa, Guglielmo, and the title role in Billy Budd. Mr. Croft has appeared with Lyric Opera of Chicago as Figaro in both Il barbiere di Siviglia and in John Corigliano’s The Ghosts of Versailles. Mr. Croft was first seen with Los Angeles Opera as Don Giovanni, and he returned for performances as Germont and Silvio. He has appeared as the title roles of Don Giovanni and Il barbiere di Siviglia with the Santa Fe Opera.  His debut at San Francisco Opera was as Ford in Falstaff, and audiences in Toronto first saw him with the Canadian Opera Company as Count Almaviva. Mr. Croft’s debut in South America was in his first performances of Don Giovanni with the Teatro Municipal in Santiago, Chile, and he has appeared in Japan as Pelléas opposite Teresa Stratas at the Saito Kinen Festival under the direction of Seiji Ozawa.

Mr. Croft made European his debut with the Vienna Staatsoper as Count Almaviva, followed by performances as Don Giovanni and the title role in Il barbiere di Siviglia. His debut with the Salzburg Festival was also as Count Almaviva, and he returned for performances as Posa and Ford, and to create the protagonist’s role of Jaufré Rudel in the world premiere of Kaija Saariaho’s L’amour de Loin. Mr. Croft’s first performances as Posa were with Opéra National de Paris after his successful appearance there in the title role of Eugene Onegin, and audiences in Paris saw him again in performances of the title role of Don Giovanni and as Sharpless in Bob Wilson’s production of Madama Butterfly. Mr. Croft made his debut at Théâtre Musical de Paris, Châtelet in Takemitsu’s My Way of Life. The title role in Eugene Onegin was the vehicle for Mr. Croft’s debut in Italy with Teatro la Fenice in Venice. Most recently he made his debut at the Teatro Carlo Felice in Genoa as the title role in Billy Budd. Other successes in Europe include his debut with the Netherlands Opera as Posa in a new production of Don Carlo, Don Giovanni at the Grand Théâtre Municipal de Bordeaux, and his German operatic debut as Guglielmo with the Cologne Opera, after which he was immediately re-engaged for his signature role of Eugene Onegin.

In 2005, Mr. Croft debuted at the BBC Proms with the Royal Liverpool Philharmonic Orchestra in performances of Vaughan Williams’s Sea Symphony, conducted by Gerard Schwarz. His German concert debut was as Scherasmin in Weber’s Oberon with the Gürzenich Orchestra in Cologne, conducted by James Conlon and recorded for EMI. In addition to the EMI Oberon recording, the baritone recorded for Decca the role of Lescaut in Manon Lescaut with Mirella Freni and Luciano Pavarotti. For Philips he recorded Takemitsu’s My Way of Life, for orchestra and baritone, with the Saito Kinen Festival Orchestra led by Seiji Ozawa. He appeared in London’s Royal Albert Hall for a “Pavarotti Plus” gala concert which was televised and recorded for Decca, and he returned to London for Royal Opera House, Covent Garden’s “Gold and Silver Anniversary Concert” honoring Plácido Domingo and recorded by EMI.

“Baritone Dwayne Croft is magnificent, his imposing voice and bearing creating a general of dignity and fairness”