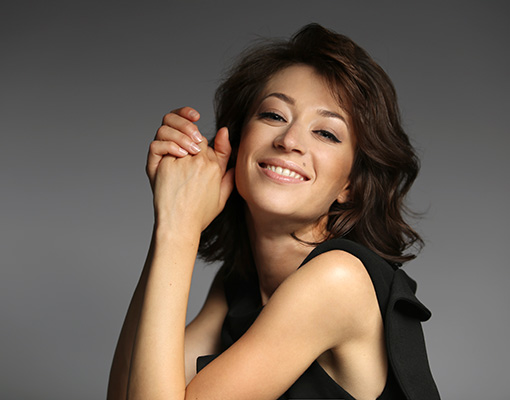 Elena made her debut as Papagena in Die Zauberflöte for La Monnaie, Brussels; Pamina in Teatro Massimo Bellini in Catania, Echo in Ariadne auf Naxos in Théâtre des Champs-Élysées, Paris (a revival of the acclaimed Festival d’Aix-en-Provence production directed by Katie Mitchell) and a return invitation for Opera de Dijon Carmen, performing the role of Micaela, in a new production directed by Florentine Klepper. She was planned to be Nanetta in Falstaff in La Monnaie but the production was cancelled due to the COVID pandemic.

Recent roles include Amour in Orfeo ed Euridice, conducted by Thomas Engelbrock, and Pauline in La Vie Parisienne at Théâtre des Champs-Elysées (Paris), directed by Christian Lacroix, after the acclaimed performances in Rouen and Tours. Prior, she made her debut at Oper Graz singing Contessa di Folleville in Il Viaggio a Reims. She also sung  Pamina in Teatro Verdi in Trieste and Lisette in La Rondine for Théâtre du Capitole (Toulouse). In 2018, Elena also made her opera debut with Festival d’Aix-en-Provence as Echo in the new Katie Mitchell Production of Ariadne auf Naxos.

Other roles include Fiorilla in Rossini Il Turco in Italia in Christopher Alden’s production for Opéra de Dijon; Italian Singer in Strauss Capriccio for the Theater an der Wien and La Monnaie; Servilia in La Clemenza di Tito for Drottningholms Slottsteater, Sweden. She has also had roles in Monteverdi L’Orfeo for Opéra National de Lorraine, Nancy conducted by Christophe Rousset; Sophie in Massenet Werther at the Teatro Verdi, Trieste and Echo in the Opéra National de Lorraine in Ariadne auf Naxos.

In 2009, Elena made her operatic debut with Opéra de Lyon, singing Lyusya in the Shostakovich operetta Moscow, Cheryomushki and was immediately re-engaged to sing Laurie Moss in Aaron Copland The Tender Land (2010). Since then, roles at Lyon have included Zerlina in Don Giovanni, Despina in Così fan tutte, Barbarina in Le nozze di Figaro (2011), Frasquita in Carmen (2012), Italian Singer in Capriccio (2013), Ilia in Mozart Idomeneo (2015) and Eurydice in Gluck Orphée et Eurydice (2015).

A keen recitalist, Elena has sung the lieder of Schumann, Strauss and Wolf and the songs of Fauré, Shostakovich, Tchaikovsky, Rachmaninoff, Taneev and Rimsky-Korsakov at venues including the Festival d’Aix-en-Provence, De Singel Arts Centre, Antwerp, Opéra National de Lorraine and also in Paris, Liège, Nantes, Brussels and Bratislava.

Besides winning Brussels competition, Elena became an HSBC Laureate of the Académie Européenne de Musique of the Festival International d’Art Lyrique d’Aix en Provence and was awarded a special prize at the International Francisco-Vinas Competition in Barcelona.

Elena was born in Dimitrovgrad, Russia and is now based in France and Italy. She originally studied choral conducting at Dimitrovgrad Conservatory before deciding to study singing. In 2007 she graduated from the Moscow Academy of Choral Arts.

“Elena Galitskaya has all the charms of her Fiorilla, a stifled wife, eager for something else, twirling in her physical and vocal seduction, but so moving in her desperate song when she thinks she has been repudiated by her Geronio.”

“The soprano Elena Galtskaya embodies the fickle lover with remarkable precision. Telenovela character, actress and singer, her Fiorilla takes shape and is observed with a thousand facets, sparkling and swift. The arias sound light and effortless, while his detached and free playing atomizes everything in her path. Nobody can resist the finesse of her vibrati and would certainly have awarded her the prize for her acting.”

“… Above all, Russian soprano Elena Galitskaya, who as Fiorilla inspires with her performance and voice. With great flexibility in the breakneck runs, she sings the coloratura clearly with luminous highs and captures Fiorilla’s capricious character theatrically with great joy of playing. While she presents herself quite flighty and diva-like in the two cavatinas at the beginning of the two acts, she scores in her aria at the end of the second act, Squallida veste, e bruna, when she feels abandoned by everyone and regrets her behaviour sympathetically great drama and stupendous top tones.

Elena Galitskaya perfectly plays Fiorilla, the gentle kitten, like the cunning adulteress, you believe everything and she also sings fantastically. No coloratura, no running too fast causes her difficulties, she radiates an incomparable mastery and naturalness.

In Fiorilla, we find with pleasure Elena Galitskaya, winner of the Competition Queen Elizabeth in 2011: the voice of the Russian soprano keeps his flexibility, and it performs the pyro- techniques of the role without failing while also ranting the sensitive dimension and moving character, strong in in addition to a grace, a charism and of a hallucinating stage presence.

“Elena Galitskaya, former winner of the Queen Elisabeth Singing Competition (third prize and public prize in 2011), already well known on the European scene for her brilliant appearances in particular in Rome, Vienna or Aix-en-Provence, takes on the role of Fiorilla which already earned him a triumph in Dijon. Her warm timbre, slightly tart but very homogeneous, her foolproof agility even in the most improbable coloratura, perfectly suit the versatility of the role, from the sardonic air praising feminine inconstancy (the Non si dà follia maggiore of the first act ) until the immense tragic scene, a touch artificial (I vostri cenci… Squallida veste bruna) almost punctuating the work before its moralizing conclusion.”

“Elena Galitskaya was already Fiorilla in Dijon in January 2016: from the heroine who has become a film actress here, she was convinsing with the silhouette  and the acting, and her ease and conviction, even in the tragic open air Squallida veste, e bruna, wins the game.”