Following spectacular debuts at the Paris and Metropolitan Operas and the Salzburg Festival, lirico-spinto soprano Elena Stikhina is making waves in the opera world.

Elena has attracted press reviews describing her singing as both miraculous and luminous, her presence as magnetic and her technique as superlative.

Summer 2022 sees her return to the Salzburg festival to sing the title role of Aida. She then returns to Covent Garden also as Aida in their new production to open the season. During the remainder of the 2022/2023 season, she returns to Paris as Tosca, Zurich as Salomé and the Metropolitan Opera as Elsa (Lohengrin). She finishes the season in a new production of Aida in Munich.

The 2021/22 season included  her return to the Metropolitan Opera and her debut at Covent Garden, singing Tosca in both places to spectacular reviews.  February 2022 marked her debuts with the London Symphony Orchestra and the Wiener Staatsoper.  She began the season with a new production of Salomé in Zurich, a new production of Pique Dame in Baden and Berlin with the Berlin Philhamonic Orchestra and she also made her debut in Naples as Tatyana.

Due to the outbreak of Coronavirus, cancelled performances included returns to the Paris Opera for Adriana Lecouvreur, La Bohème and a new production of Aida, to both London and Amsterdam for new productions of Aida and to the Bayerischer Staatsoper for Tatyana, as well as her debut with the Chicago Symphony Orchestra.

During covid times she sang regularly at the Mariinsky theatre and debuted the role of Renata in their famed production of Prokofiev’s Fiery Angel in a live broadcast and made her debut at La Scala, also broadcast, as Salomé.

Her return to Salzburg to open the centenary festival with Britten’s War Requiem was rescheduled to 2021.

The 2018/2019 season was also marked by her singing Tosca and Leonora (Il Trovatore) in Berlin and Dresden, Senta (Der fliegende Holländer) in Baden Baden and Munich and her Metropolitan Opera debut as Suor Angelica.

Elena completed her studies at the Moscow State Conservatory in 2012 and gained international attention when she won first prize at the Competizione dell’Opera Linz in 2014 and then in 2016 by winning the Audience and Culturarte Prizes at Placido Domingo’s Competition‘Operalia’.

“The voice itself is extraordinarily beautiful and rather wide in what it can do. It has the creaminess of Janowitz yet that rather mezzo-like, shadowy appeal of Ludwig; in a sense it’s febrile, like a molten furnace embracing dark embers from the middle of the chest, right up to a rock-solid spiralling high register that is crystalline. The vibrato is controlled with unwavering precision. Her stage presence is such that she lives the role of Tatyana – and I imagine everything else she sings.”

“Elena Stikhina balanced passion, remorse and piety to create a complex Leonora. Stikhina moved with a natural grace and simplicity and, coupled with the focus and intensity of her singing, it pulled me immediately into her plight. Her voice is of ample size, but clarity and evenness are its most remarkable characteristics. Those attributes, coupled with the expressiveness of her singing, permitted Luisotti to craft the stunning, intimate sonorities that underpinned her touching portrayal of this tragic woman.”

​”Vocally, this production is a feast of beautiful voices which also convince dramatically. Wolfgang Koch is an experienced Jochanaan, whom he portrays with a full-bodied voice and self-confident prophet, at peace with himself and convinced of his message. Elena Stikhina embodies everything one might wish for in a Salome: a wonderfully youthful, light, lyrical soprano with a glorious outpouring of notes, a high sense of drama and a beguiling timbre – a perfect match for this difficult role.”

“Stikhina, a relative newcomer to the Met’s stage, can surely be counted among the great Toscas of modern history. Her voice is rich and warm with a consistency of tone and power seldom seen in even the greatest opera stars. She extracted every ounce of drama from the score with everything from near inaudible pianissimos to thunderous fortes. “Vissi d’arte” was met with such applause that, for just a moment, I anticipated an encore. She was an explosion of virtuosity, a bolt of lightning to the heart that took the audience away from the troubled times we find ourselves in.” 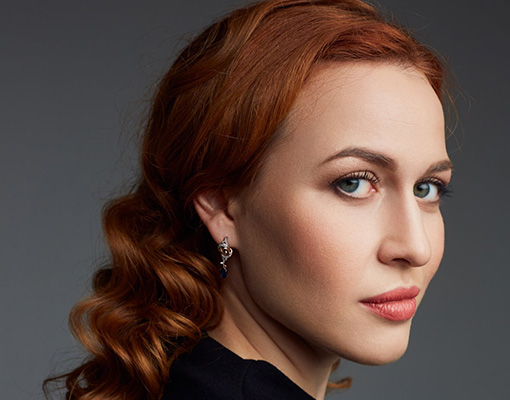 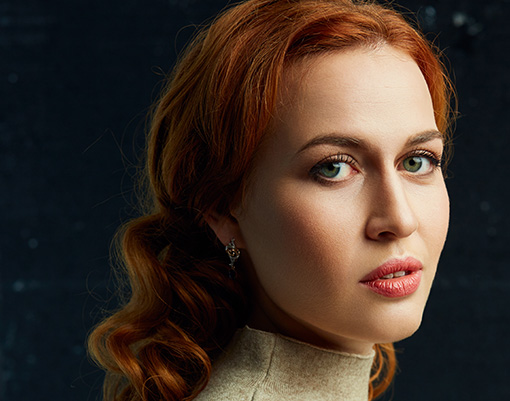