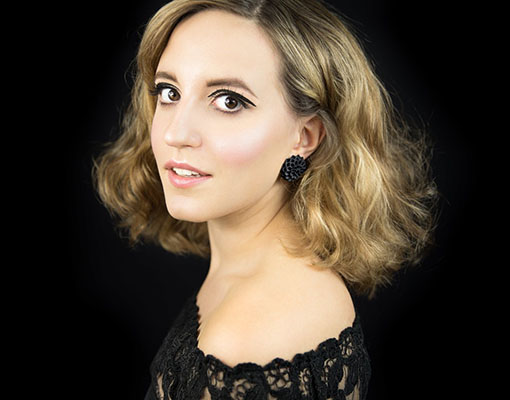 23-year-old American soprano Emily Pogorelc, a recent graduate of The Patrick G. and Shirley W. Ryan Opera Center at Lyric Opera of Chicago, is a newcomer to watch, noted for her “big, soaring voice with wonderfully agile coloratura and zinging high notes” from Chicago on the Aisle. In the 2020/21 season, Ms. Pogorelc joins the ensemble of the Bayerische Staatsoper, performing as Die Zaunschlüpfer in Walter Braufel’s Die Vögel, Gretel in Hänsel und Gretel, Marzelline in Fidelio, Suor Genoveva in Suor Angelica and Cherubino in Le Nozze di Figaro.

Last season, as part of the Ryan Center at Lyric Opera of Chicago, Ms. Pogorelc performed Masha in Tchaikovsky’s Queen of Spades, Noémie in Massenet’s Cendrillon and die Schleppträgerin in Strauss’s Elektra. Additionally, she covered Ilia in Mozart’s Idomeneo, Dalinda in Handel’s Ariodante, Zerlina in Don Giovanni, Waldvogel in Wagner’s Siegfried and Woglinde in both Wagner’s Das Rheingold and Götterdämmerung. She also performed in scenes from Donizetti’s La fille du régiment and Rossini’s Il barbiere di Siviglia with the Civic Orchestra of Chicago, in partnership with the Ryan Center. Other engagements included a recital with Chamber Music at Bethany and the cover of Morgana in Handel’s Alcina at the Glyndebourne Festival.

In her debut at Washington National Opera and the Kennedy Center, Ms. Pogorelc portrayed Cunégonde in Francesca Zambello’s production of Candide. At the Glimmerglass Festival, she starred as Romilda in Handel’s Xerxes, Johanna Barker in Sondheim’s Sweeney Todd and Berenice in Rossini’s L’occasione fa il ladro, as well as covering Laurey in Rodgers and Hammerstein’s Oklahoma! During her time at the Curtis Institute of Music, Pogorelc performed as Lisette in Puccini’s La Rondine, Lucia in Benjamin Britten’s The Rape of Lucretia, Le Feu in Ravel’s L’enfant et les sortilèges, Barbarina in Mozart’s Le nozze di Figaro, and Musetta in Puccini’s La bohéme. She also has participated in residencies at Aix-en-Provence Festival (Mozart Académie) and the Britten–Pears Young Artist Programme at Snape Maltings, in conjunction with the Aldeburgh Festival (Singing Britten Residency).

Ms. Pogorelc is passionate about performing new works. In 2016, she made her debut with Opera Philadelphia in Charlie Parker’s Yardbird singing Chan Parker in the opera’s New York premiere. It was the first opera to be performed at the historic Apollo Theatre in Harlem and was broadcast on New York City’s classical music station, 105.9 WQXR (distributed nationally by the WFMT Radio Network). Ms. Pogorelc also participated in Opera Philadelphia’s Double Exposure project, portraying the title role in David Hertzberg’s The Rose Elf and performed in a masterclass with Dawn Upshaw as part of the Philadelphia Opera’s Composer-in-Residence program, singing an aria from Missy Mazzoli and Royce Vavrick’s opera, Breaking The Waves.

Committed to the tradition of art song, Ms. Pogorelc performed at the Chicago Cultural Center with pianist, Madeline Slettedahl and cellist, Sonia Mantell in conjunction with Musicians Club of Women in their 2019-20 recital series. She has performed in recital at Curtis Institute of Music, Chamber Music at Bethany, Chautauqua Institution and was selected as a competitor at the 2019 Wigmore Hall/Independent Opera International Song Competition with pianist, Chris Reynolds. She also has appeared in recital on the WFMT Ryan Opera Center recital series.

At the inaugural Glyndebourne Opera Cup, Emily Pogorelc was the youngest finalist and the recipient of The Ginette Theano Prize for Most Promising Talent. The competition was featured as part of the Sky Arts series, broadcast all over Europe and in the United States on Medici. In the previous season, Ms. Pogorelc was a semi-finalist in The 2019 Queen Sonja International Music Competition, receiving the honor of performing for Queen Sonja of Norway. She also was awarded the Lynne Cooper Harvey Foundation Award from the Musicians Club of Women and the 2020 Luminarts Classical Voice Fellowship.

Previously, Ms. Pogorelc received first prize in The Carolyn Bailey and Dominick Argento Vocal Competition, first place in the Hal Leonard Art Song Competition, a grant from the Gerda Lissner/Liederkranz Foundation’s Lieder/Art Song competition, and an Emerging Artist Award from Opera Index. In the 2017 competition, she took second place in the Upper-Midwest Region of the Metropolitan National Opera Council Auditions. She has also won first place in numerous competitions, including Classical Singer Magazine Competition, The Schmidt Competition, The American Prize, and Wisconsin Conservatory of Music Art Song Festival. She is the 2014 Gold Award winner in the Classical Voice division at NFAA YoungArts and in June 2014, she was featured on National Public Radio’s, From the Top.

Ms. Pogorelc is a proud native of Milwaukee, Wisconsin.

“As Gretel, Emily Pogorelc is a halfway-sensible sister and lets connoisseurs hear a soprano of the very finest quality, who is destined for greater things.”

“Pogorelc’s instrument seemed to grow more penetrating as it ascended into the upper extension,while never losing beauty of tone; and the coloratura was both legato and precisely articulated,with phrase lengths that made me sympathetically gasp for air. […] [She] is demonstrating mastery of her instrument and maturity in her stagecraft that belie her youth.”

“A few of the current Ryan Center singers already seem ready for prime time. In that category issoprano Emily Pogorelc…The Milwaukee native was the runaway star of the evening in the titlerole Donizetti’s “The Daughter of the Regiment.” She hilariously flubbed her way throughsinging lessons in an Act 2 scene and then lit up the stage with an extended aria that ends withthe patriotic anthem, “Salut à la France.”…It’s imperative in a big show-stopping aria like thisone to seize the music and make it your own, and that’s exactly what Pogorelc did, boundingwith energy and brio. She has a big, soaring voice with wonderfully agile coloratura and zinginghigh notes, and she made sure everything was in the service of the character’s emotions.”

-Kyle MacMillan, Chicago on the Aisle

“American soprano Emily Pogorelc shimmered with musicality in Debussy’s ‘Apparition’ and was pinpoint accurate in coloratura and charm in ‘Myself I Shall Adore’ from Handel’s ‘Semele.’ ”

“Pogorelc’s rendition of “Glitter and Be Gay” is a standout highlight of the operetta. Local opera fans ought to run to see this performance while Pogorelc is still a relative newcomer. Tickets to see the future star will be hard to come by later.” 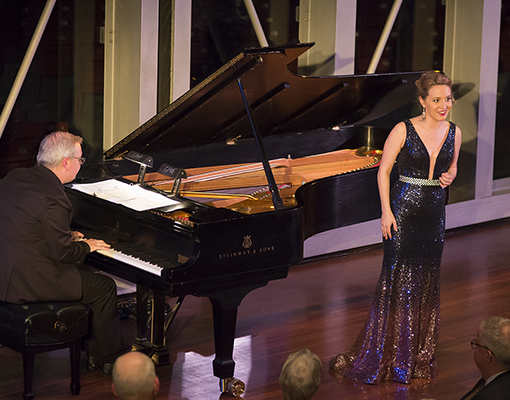 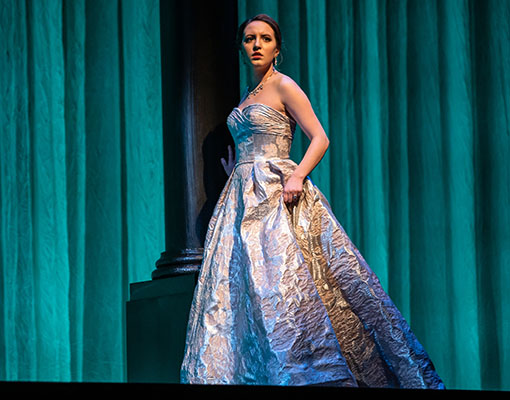 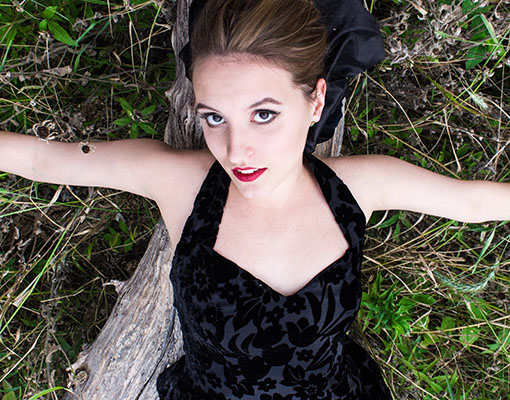 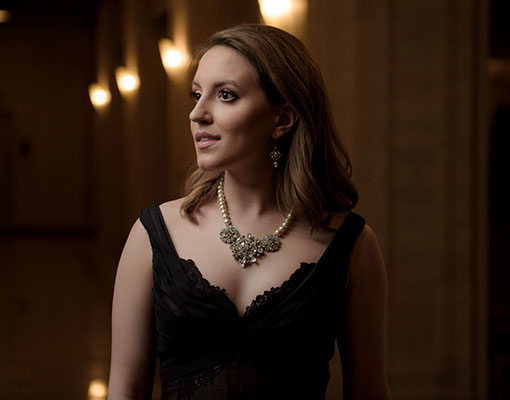