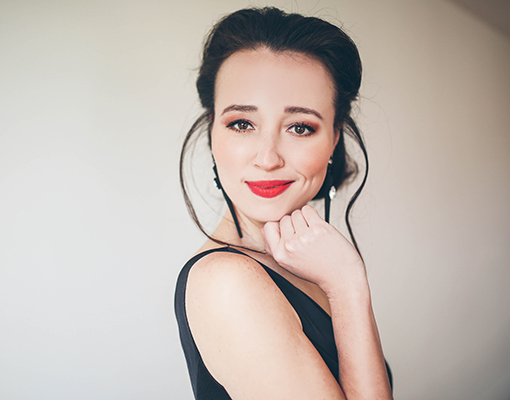 Hailed as a “charismatic star” by the Boston Globe and “a knockout performer” by The Times British-Singaporean mezzo-soprano Fleur Barron is a 2018 HSBC Laureate of the Festival d’Aix-en-Provence and a recipient of the 2016 Jackson Prize from Tanglewood Music Festival, awarded to one outstanding young singer each year. A passionate interpreter of chamber music, concert works, and opera ranging from the baroque to the contemporary, Ms. Barron is mentored by Barbara Hannigan.

Ms. Barron has been chosen by Het Concertgebouw as a “Hemelsbestormer”(Skystormer) and featured artist for the 2022-2023 season. She has also been designated “Artistic Partner” of the Orquesta Sinfonica del Principado de Asturias in Oviedo for several seasons beginning in the 2022-2023 season, for which she will curate and perform multiple projects each year.

In the 2021-2022 season, Ms. Barron has house debuts at Arizona Opera as the title role in Carmen, at English National Opera as Schwertleite in Die Walküre, conducted by Martyn Brabbins, and in Oviedo as the title role in Hänsel und Gretel. She returns to the Festival d’Aix-en-Provence as Ottavia in L’Incoronazione di Poppea under the baton of Leonardo Garcia Alarcon and to Opéra de Toulon for her role debut as Polina in The Queen of Spades. On the concert platform, Ms. Barron joins Barbara Hannigan for Offenbach with the London Symphony Orchestra and appears twice at Wigmore Hall, first in an all-Mahler program with Graham Johnson and Alice Coote, and subsequently in a program for voice, piano, and string quartet with the Kaleidoscope Chamber Collective. She reunites with regular collaborator Julius Drake for concerts in the United States as well as performances of Schubert’s Winterreise in Barcelona, Las Palmas, and Ireland. Additionally, she serves as an artist-in-residence at Denmark’s Oremansgaard Festival with acclaimed cellist Natalie Clein, and joins duo partner Kunal Lahiry for their Empire/Identity recital in Berlin and Stuttgart. Finally, this season sees the release of CDs of Brahms and Samuel Barber songs, and also a world premiere recording of the Handel/Hasse opera “Caio Fabbricio HWV A9″ with London Early Opera for Signum Records, in which she sings the lead role of Pirro.”

In the 2020-2021 season, Ms. Barron made her house debut at Garsington Opera as Olga in Yevgeny Onegin and returned to Opéra de Monte-Carlo as Mercedes in Carmen. She had also been scheduled to make her house debut at Opera Philadelphia as Museum Curator in the world premiere of Jennifer Higdon’s Woman with Eyes Closed and to sing Ottavia at Opéra royal de Versailles. In concert, she gave solo recitals with pianist Julius Drake at Chamber Music Northwest, Het Concertgebouw, and multiple concert series in the United Kingdom, with pianist Joseph Middleton at Leeds Lieder Festival and Blackheath Halls, with pianist Myra Huang at the Cincinnati Song Initiative, with Jocelyn Freeman at The Red House, Aldeburgh, and with pianist Kunal Lahiry at the Festival d’Aix-en-Provence in a program curated around the theme of Empire/Identity. Additionally, she gave a duo recital with tenor Ian Bostridge and Julius Drake at the Oxford Lieder Festival, and another with tenor Nicky Spence featuring Czech song at Opera Holland Park.

In the 2019-2020 season, Ms. Barron made significant role and house debuts, including La Zelatrice in staged performances of Suor Angelica with the Berlin Philharmonic under Kirill Petrenko, the title role in Gluck’s Orphée et Eurydice at Cape Town Opera, and Suzuki in Madama Butterfly at Opéra National de Montpellier. Her concert season included debuts with the Munich Philharmonic in Stravinsky’s Pulcinella under Barbara Hannigan and a performance of Berlioz arias with the Malaysian Philharmonic under Kees Bakels, She also continued her recital partnerships with pianists Julius Drake and Roger Vignoles at Amsterdam’s Concertgebouw, the Aldeburgh Festival, and other festivals in the U.K., and gave a solo recital at the 92nd Street Y in New York City with pianist Myra Huang. Previously scheduled engagements included Ottavia in L’incoronazione di Poppea at the Festival d’Aix-en-Provence, the title role in Giulio Cesare with the NDR Radiophilharmonie, Suzuki with the Hallé Orchestra under Sir Mark Elder, Chausson’s Poèmes de l’Amour et de la Mer with the Orchestre Symphonique de Toulon, and Beethoven’s Symphony No. 9 with the Virginia Symphony Orchestra.

In the 2018-2019 season, Ms. Barron was an artist-in-residence at the Ojai Festival under the leadership of Barbara Hannigan, performing Stravinsky, Walton, Cage and a program of folk songs with chamber orchestra, which she also curated. She debuted at Théâtre Royal de la Monnaie as Baba the Turk in The Rake’s Progress, a role she reprised in a concert version at the Aldeburgh Festival to critical acclaim. She also sang Olga in Yevgeny Onegin at Opéra de Toulon; Balkis in Offenbach’s Barkouf at Opéra National du Rhin; Maddalena in Rigoletto at Northern Ireland Opera; First Witch in Dido and Aeneas at the Festival d’Aix-en-Provence; and Marguerite in La Damnation de Faust at the St. Endellion Festival in the U.K. On the concert platform, she toured with the Orchestre Régional de Normandie as the alto soloist in Pergolesi’s Stabat Mater, and presented recitals with Julius Drake and Roger Vignoles in Spain and the U.K.

In recent seasons, Ms. Barron received critical acclaim for simultaneously singing and dancing Anna I and Anna II in Weill’s The Seven Deadly Sins at the Tanglewood Music Festival. Other  engagements have included Fenena in Nabucco at Opéra National de Montpellier, for which she was hailed as the “revelation of the evening” by Olyrix; the title role in Carmen at the Aspen Music Festival; the title role (cover) in the Purcell pastiche Miranda at Opéra Comique; the alto soloist in Bernstein’s Songfest with the BBC Symphony Orchestra at Barbican Hall; Beethoven’s Symphony No. 9 with the Flint Symphony Orchestra; and Vaughan William’s Serenade to Music with the Chicago Symphony Orchestra.

Ms. Barron holds degrees from the Manhattan School of Music and Columbia University.

“The real stage vibrancy rests with Tatyana’s supposedly more complacent sister Olga, so compellingly acted and sung by Fleur Barron. Her unique mezzo-contralto immediately stood out in the Blackheath performance of Brahms’s Liebeslieder Waltzes; here she proves herself a stage animal as well. You can’t take your eyes off her whenever she appears; Garsington should build a Carmen around her. “

“Barron was incredibly watchable, perfectly incarnating Olga’s irrepressible nature as the life and soul of any party, and particularly impressed with the strength and quality of her low register.”

“The word ‘indisposed’ must send a pulse of dread through the heart of the concert hall director. How is one to find a replacement mezzo soprano who can sing anything from Bach to Berkeley with just 24 hours’ notice? Fleur Barron, who flew into London for this concert with pianist Julius Drake and cellist Natalie Clein did more than simply ensure the ‘show went on’. She brought incredible poise and expressive weight — not to mention a thrillingly dark and rich-veined mezzo, and a striking stage presence, to Kings Place for this concert in the Cello Unwrapped series..”

“The cast… was strong across the board, but mezzo-soprano Fleur Barron as Anna was the charismatic star, projecting her character’s sass but also her sincerity, with a tone that was idiomatically dark and smoky”

“Dido was Fleur Barron: … a striking-looking young woman with an intriguingly dark and complex mezzo voice”

“Fleur Barron was… the one revelation. Her meltingly rich mezzo and flair removed the ridiculousness [of the character].”

“Fleur Barron, an earthy Baba the Turk in The Rake’s Progress, sounded like a Carmen in the making.” 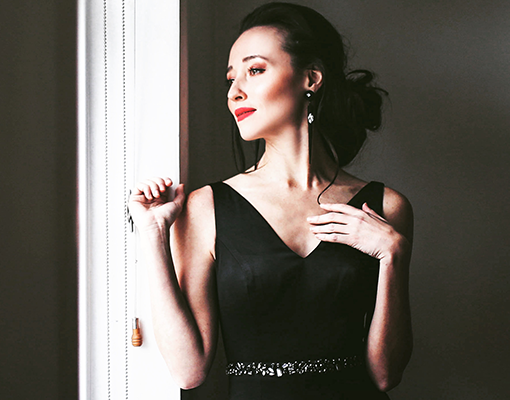 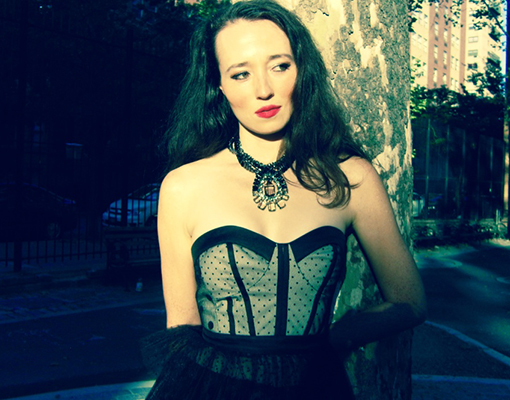 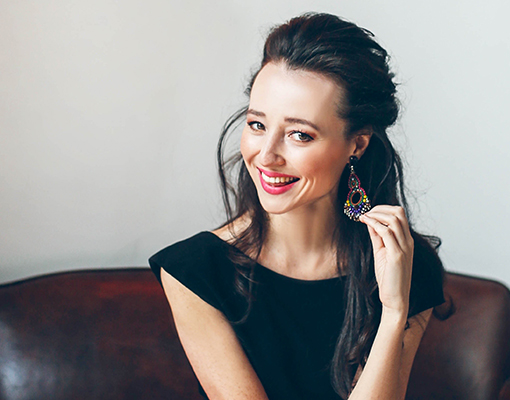 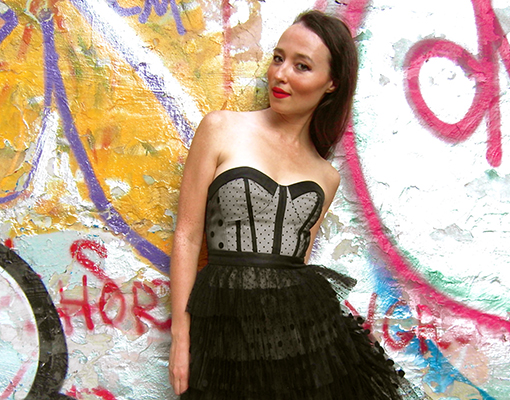 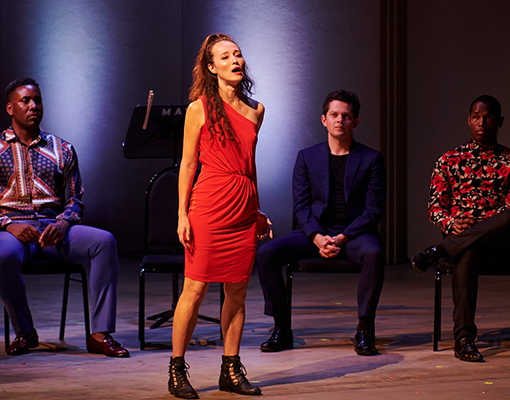 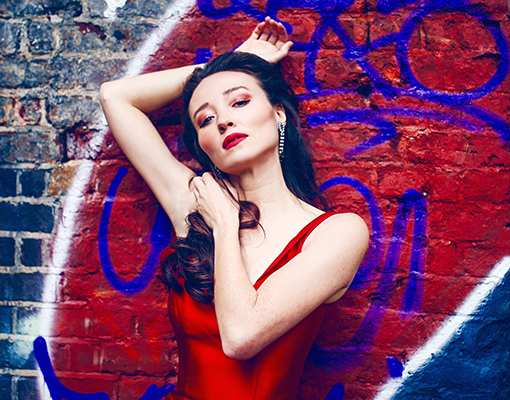