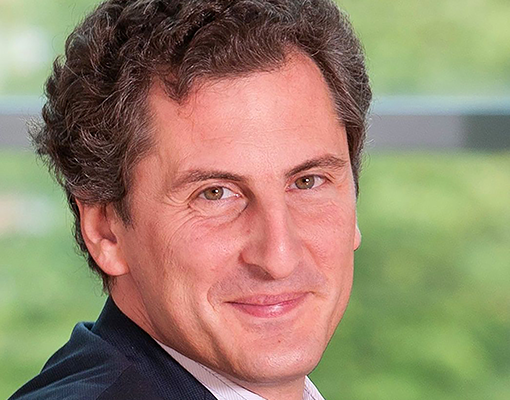 Giordano Bellincampi is the Music Director of the Auckland Philharmonia. Born in Italy and moving to Copenhagen at a young age, he began his career as a trombonist with the Royal Danish Orchestra before making his professional conducting debut in 1994. Previously, he was the Principal Conductor of I Pomeriggi Musicali, Milan, Chief Conductor of the Kristiansand Symphony Orchestra from 2013 – 2018, General Music Director of the Duisburg Philharmonic from 2012 – 2017, General Music Director of the Danish National Opera, Aarhus from 2005 – 2013, Music Director of the Copenhagen Philharmonic Orchestra from 2000 – 2006 and, between 1997 – 2000, he was also Chief Conductor of the Athelas Sinfonietta Copenhagen, the leading contemporary ensemble in Denmark. Bellincampi enjoys regular relationships as a guest with many orchestras around the world, particularly in Scandinavia and Europe, including the Royal Stockholm, Rotterdam and Royal Flemish Philharmonic Orchestras and the St Petersburg Symphony, but also in North America, Asia and Australia. With an enormous repertoire embracing classical, romantic and contemporary music, he is particularly celebrated for his prowess in the Central European, Italian and Scandinavian symphonic traditions, and for his interpretations of significant choral and vocal works.

Highlights of recent seasons have included concert performances of Verdi’s Aida and Mozart’s Don Giovanni with the Auckland Philharmonia, and gala performances of Wagner’s operatic and orchestral music with the Duisburg Philharmonic to mark the re-opening of the orchestra’s home in Duisburg’s Mercatorhalle, as well as a strongly-acclaimed visit to Amsterdam’s legendary Concertgebouw Hall, in repertoire by Nielsen, Sibelius and Beethoven. He returned twice to the Orchestra Sinfonica Siciliana and Canada’s Victoria Symphony, and conducted symphonic performances with the orchestras of Gothenburg Opera and NorrlandsOperan, Umeå, and led a gala performance of works by Nielsen and Glazunov at the Royal Danish Opera with members of the opera and ballet companies. His work with the Auckland Philharmonia included a gala performance to celebrate the renaming of Auckland’s Kiri Te Kanawa Theatre, and a performance of a new horn concerto by Hans Abrahamsen, co-commissioned with the Berlin Philharmonic.

Upcoming highlights in the 2020/21 season include his return as a guest conductor to the Duisburg Philharmonic, Aarhus Symphony, and Kristiansand Symphony. With his Auckland Philharmonia he will conduct a complete cycle of Beethoven’s symphonies to celebrate the composer’s 250th anniversary, and continue his explorations of signature repertoire including Brahms, Mendelssohn, Schumann and Nielsen. He will return to the Estonian National Symphony Orchestra, for a specially-curated programme inspired his native city of Rome, bookended by Berlioz’s stirring Roman Carnival Overture, and Respighi’s glorious technicolour scores Fountains of Rome and Pines of Rome. He will make his debut with the Jacksonville Symphony, showcasing that orchestras soloists in a reduced-scale programme featuring Wagner’s Siegfried Idyll, and Strauss’s virtuosic Le Bourgeois Gentilhomme, and debut with Portugal’s Orquestra Sinfónica do Porto Casa da Música in a performance of Verdi’s Requiem.

Bellincampi has excelled in the field of opera since making his debut with the Royal Opera in Copenhagen with La Boheme in 2000. He has since then conducted many of the great Italian works at the Royal Opera with particular focus on Puccini and Verdi, including leading their acclaimed new production of Aida at the opening of their new theatre in 2005. He has also appeared extensively with Deutsche Oper am Rhein, with whom he closed the 12/13 season with a new production of Luisa Miller, and in 13/14 season he conducted further performances of Luisa Miller and Norma in addition to La Boheme and Cavalleria Rusticana/I Pagliacci. Whilst Music Director of the Danish National Opera, Bellincampi conducted works such as Der Rosenkavalier, Der Fliegende Holländer, Tristan und Isolde, Don Giovanni and Die Zauberflöte. He also maintains close connections with many of the world’s leading opera singers including Angela Gheorghiu, Joseph Calleja and Roberto Alagna, regularly working with them in orchestral galas and recitals, as well as being a much-requested accompanist by leading instrumentalists such as Sarah Chang and Angela Hewitt.

Bellincampi’s extensive discography includes numerous recordings for the Da Capo and Marco Polo labels of Danish composers from the classical era through to the present day including Holmboe, Lumbye, Joachim Andersen, Per Norgard, and the premiere recording of Weyse’s opera Sovedrikken, as well as Italian opera arias with Liping Zhang and the Prague Philharmonia, and Nielsen’s Third Symphony for EMI Classics, and works by Svendsen and Walton. 2016 saw the release of his first recording with the Duisburg Philharmonic, featuring Nielsen’s Violin Concerto with soloist Kolja Blacher.

As Associate Professor at the Royal Danish Academy Giordano Bellincampi is dedicated to the work of educating coming generations of orchestra musicians and conductors, and he also regularly gives masterclasses and serves as a jury member for a number of international conducting competitions. In 2010 he was created a Knight of the Order of the Dannebrog, an award bestowed by the Danish Royal Family for services to Danish culture, and he also holds the title of Cavaliere from the President of Italy for his international promotion of Italian music.

Conductor Giordano Bellincampi has extended his contract with the Auckland Philharmonia in New Zealand for a further three years, taking his tenure up to December 2024. The announcement was made in conjunction with the release of the orchestsra’s 2021 concert season...

Giordano Bellincampi, the Kristiansand Symphony Orchestra’s Chief Conductor from 2013 to 2018, has been named the orchestra’s Conductor Laureate. “Bellincampi's time at KSO was characterised by a very constructive and consistent work on developing the orchestra's...

IMG Artists is delighted to announce that Giordano Bellincampi will continue as another term as Music Director of the Auckland Philharmonia Orchestra (APO). The Italian-Danish conductor has held the position since the beginning of 2016; this three year extension will...

“Giordano Bellincampi is a conductor who physically conveys the sheer joy of music-making from the podium. With Schubert’s rarely-heard Third Symphony, one saw as well as heard that this was a score close to his heart.”

“Giordano Bellincampi has all the stature of the maestros of bygone years, but without the arrogance, or the bullying, dictatorial nature, that often accompanied these men (and they were always men) of interpretive genius. He strode onstage, giving an incandescent smile to both audience and orchestra – a thoroughly likeable maestro. Bellincampi speaks volumes with his remarkably expressive hands. His arms, body, unite in communicating his love and understanding of the music to his orchestra. And, quite clearly, he had profound respect for his orchestra. Especially in the Haydn Symphony, he repeatedly stopped conducting, giving only the occasional inclination of his head, sometimes for quite extended passages. I can think of no greater expression of trust between a conductor and his orchestra.”

“Bellincampi commanded the back-and-forth of this musical discussion superbly. […] Bellincampi’s interpretation was deeply felt and the playing here was thrilling, as effective in the movement’s powerful climax as in its hushed close.”

“When Bellincampi carves out these large gestures, one can feel how much passion he works into the melody. “ 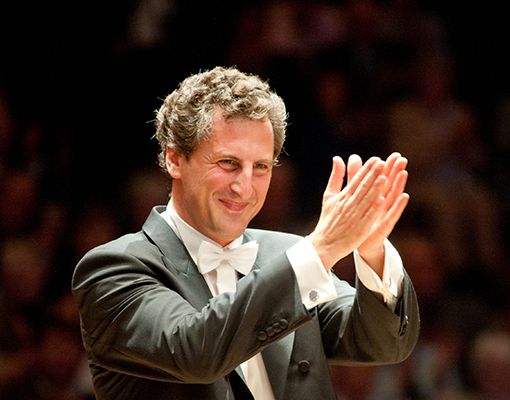 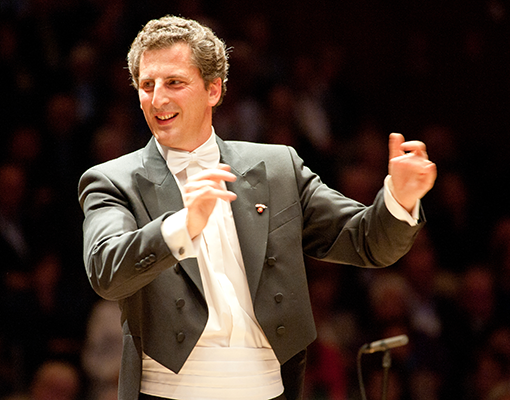 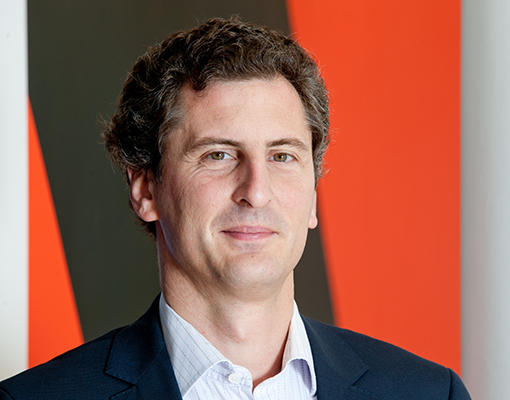 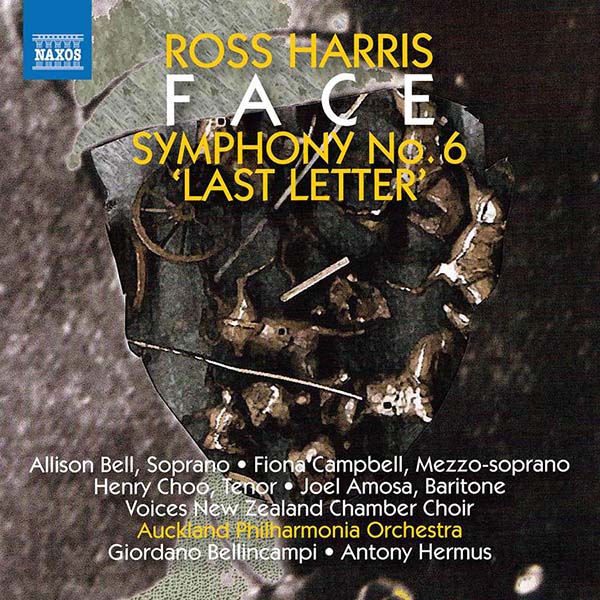