Iceland Symphony Orchestra is not represented by IMG Artists 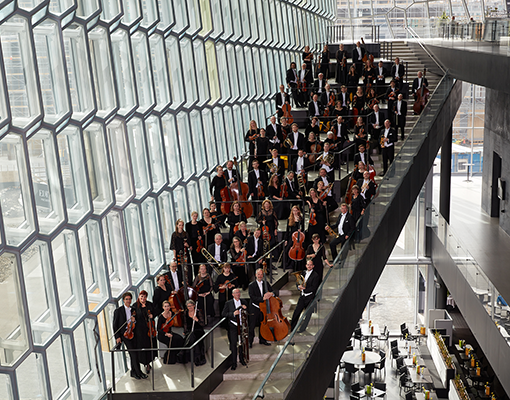 The Iceland Symphony Orchestra is the national orchestra of Iceland and one of the leading institutions in the country’s cultural scene. The orchestra’s home is the award-winning Harpa Concert
Hall in Reykjavík. Widely praised for its performances and recordings, the orchestra presents a full season of subscription series each year, school and family concerts, and concerts devoted to modern music.

Eva Ollikainen is the Chief Conductor of the orchestra, a role previously held by conductors such as Osmo Vänskä, Petri Sakari, Jean-Pierre Jacquillat, Ilan Volkov and most recently Yan Pascal Tortelier. Vladimir Ashkenazy holds the position of Conductor Laureate, and the Icelandic composer Anna Thorvaldsdottir is the orchestra’s Composer-in-Residence.

The Iceland Symphony Orchestra offers a variety of programs, spanning everything from well-known classics to world premiere performances of new works by Icelandic and international composers. A commitment to performing new Icelandic music has been widely praised and recordings by Deutsche Grammophon, BIS, Chandos, Naxos and Sono Luminus include accolades such MIDEM-awards and Grammy Award nominations for Best Orchestral Performance.

The Iceland Symphony Orchestra has appeared widely throughout Europe and beyond, including performances at the BBC Proms, the Wiener Musikverein, New York’s Carnegie Hall and the Kennedy Center. Recent tours include a highly successful visit to Japan with Ashkenazy, pianist Nobu. A year later the orchestra toured Germany and Austria with conductor Daníel Bjarnason and soloists Víkingur Ólafsson and Radovan Vlatković. Now The Iceland Symphony Orchestra returns to the UK in the wake of the great reception it received in 2020 during its first tour, with Yan Pascal Tortelier, Yeol Eum Son and Jean-Efflam Bavouzet. 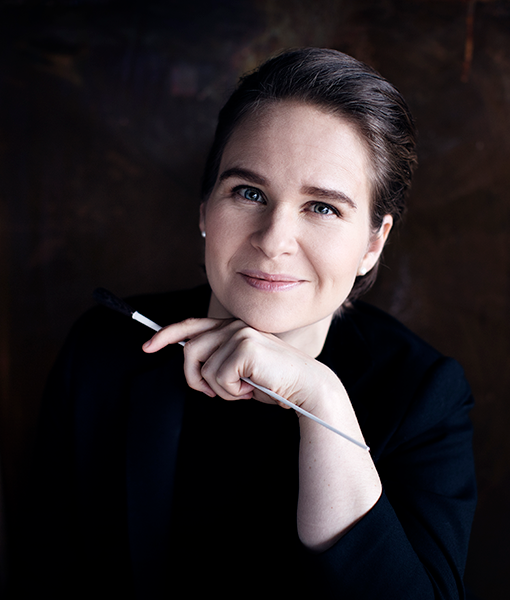 Eva Ollikainen is Chief Conductor and Artistic Director at the Iceland Symphony Orchestra.

Whether in orchestral concerts or leading operatic performances, the young Finnish conductor Eva Ollikainen impresses with her natural authority and infectious enthusiasm, as well as with her elegant and nuanced technique.

Her decision to pursue a career in conducting was reached as a young student at the Sibelius Academy, where she studied with Leif Segerstam and Jorma Panula and also trained as a pianist. At the age of 21 she won the international Jorma Panula Conducting Competition and subsequently worked with the London Philharmonic Orchestra and Kurt Masur as well as the Philharmonia Orchestra and Christophvon Dohnányi as part of the Conducting Academy of the Allianz Cultural Foundation. Also important was the instruction she received from Bernard Haitink and Herbert Blomstedt as a Conducting Fellow of the Tanglewood Music Center.

She has subsequently developed a comprehensive repertoire with a focus on the great German symphonies, and continues to work with the leading Scandinavian orchestras such as the RoyalStockholm Philharmonic, Swedish Radio Symphony, Copenhagen Philharmonic, Turku Philharmonic and the Lahti Symphony. In addition, she is also a frequent guest conductor of the Staatskapelle Dresden and has received invitations to lead the Wiener Symphoniker, the Tokyo Metropolitan Symphony Orchestra, the Deutsches Symphonie-Orchester Berlin, Brussels Philharmonic and the Kennedy Center Opera House Orchestra. Ollikainen also recently conducted the Magic Flute for the Royal Swedish Opera and Carmen for the Gothenburg Opera. 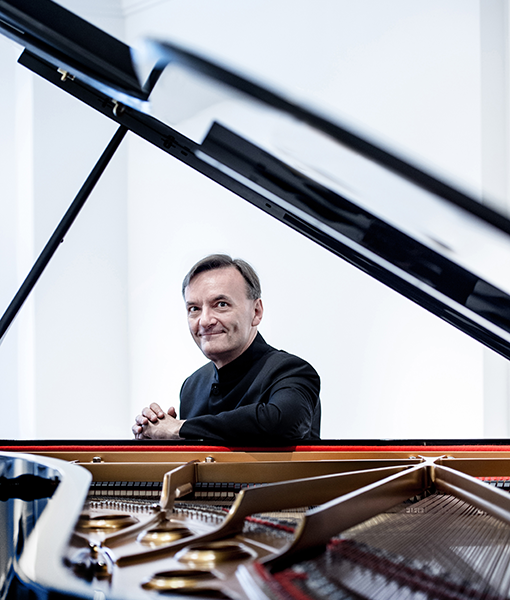 Named by The Economist as one of Twenty Living Polymaths, Stephen Hough combines a distinguished career as a pianist with those of composer and writer. He was the first classical performer to be awarded a MacArthur Fellowship and was made a Commander of the Order of the British Empire (CBE) in the New Year’s Honours 2014.

Hough is a regular guest at festivals such as Salzburg, Mostly Mozart, Edinburgh, La Roque-d’Anthéron, Aldeburgh, and the BBC Proms, where he made his 29th appearance in 2020 with the BBC Scottish Symphony Orchestra. In June 2020 he returned to Wigmore Hall to give the UK’s first live classical music concert in a major venue since the nationwide lockdown earlier that year. Recital highlights in 2021/22 include a return to London’s Royal Festival Hall as well as Caramoor, Toronto, Tallinn, Gstaad and Manchester’s Bridgewater Hall.

Hough’s extensive discography of around 70 CDs has garnered international awards including the Diapason d’Or de l’Année, several Grammy nominations, and eight Gramophone Awards including Record of the Year and the Gold Disc. Recent releases include Beethoven’s complete piano concertos (with the Finnish Radio Symphony Orchestra under Hannu Lintu), ’The Final Piano Pieces’ of Brahms, a Schumann recital, Chopin’s Complete Nocturnes, Brahms Clarinet Sonatas with Michael Collins, and Elgar’s Violin Sonata with Renaud Capuçon (for Warner Classics). His award-winning iPad app The Liszt Sonata was released by Touch Press in 2013.

As a composer Hough’s String Quartet No.1 Les Six Rencontres, commissioned for the Takács Quartet, will receive its world premiere by them in Costa Mesa, California in December 2021 followed by a recording for Hyperion. He has written the commissioned work for the 2022 Van Cliburn International Piano Competition, to be performed by all 30 competitors in May/June 2022 He has been commissioned by Musée du Louvre, London’s National Gallery, Westminster Abbey, Westminster Cathedral, the Genesis Foundation, Gilmore International Keyboard Festival, the Walter W. Naumburg Foundation, the Cliburn Foundation, Orquesta Sinfónica de Euskadi and the Berlin Philharmonic Wind Quintet. His music is published by Josef Weinberger Ltd.