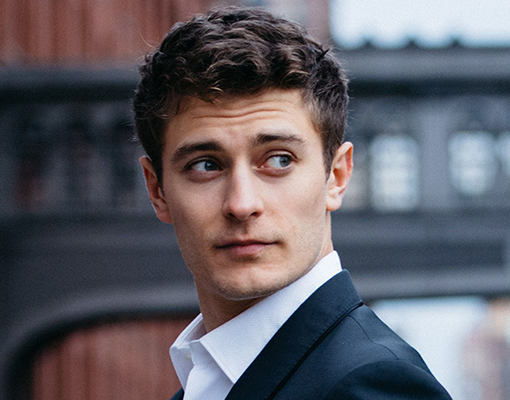 “Orlinski is the real countertenor deal, one of the best I’ve heard on the operatic (or any other) stage: an exceptional legato, no loss of power in the lower reaches, attentive diction, superb histrionic flair. He has, in short, raised the bar decisively for what we can expect of this voice type in this repertory.” Roger Parker, Opera, October 2019

Polish countertenor Jakub Józef Orliński has established himself as one of the world’s leading artists, triumphing on stage, in concert, and on recording. An exclusive artist on the Warner/Erato label, his first rcording, entitled Anima Sacra, earned him the prestigious Opus Klassik award for Solo Vocal Recording, while his second, Facce d’amore, earned him the Recording (Solo Recital) of the Year at the 2021 International Opera Awards. His sold-out concerts and recitals throughout Europe and the United States have attracted new followers to the art form, and his live performance of Vivaldi’s “Vedrò con mio diletto,” filmed at the Aix-en-Provence Festival, has amassed more than seven million online views. Television appearances, including the “Concert de Paris” at the Eiffel Tower and “Rebâtir Notre Dame de Paris,” both with the Orchestre National de France and Les Victoires de la Musique Classique awards concert accompanied by the Orchestre de l’Opéra National de Lyon, have been broadcast to millions worldwide. In 2019, he was the subject of a major profile in The New Yorker and featured in Polish Vogue. His third album – entitled Anima Aeterna, featuring sacred arias and motets from the Baroque era – will be released in October 2021 and toured throughout Europe with Il Pomo d’Oro.

In the 2021-2022 season, Mr. Orliński makes his much anticipated debut at the Metropolitan Opera as Orpheus’s Double in the Met premiere of Matthew Aucoin’s Eurydice, under the baton of Yannick Nézet-Séguin. He also makes his house and role debut at the Royal Opera House, Covent Garden, as Didymus in Handel’s Theodora in a new production by Katie Mitchell. On the concert stage, he joins Il Pomo d’Oro for two European tours featuring his new album, Anima Aeterna, with stops in Bayreuth, Hamburg, Milan, Madrid, and Barcelona, as well as Ensemble Matheus and conductor Jean-Christophe Spinosi for performances in Bratislava and at the Lednice-Valtice Music Festival. In recital, he embarks on his first tour of North America, featuring performances at Spivey Hall in Atlanta, The Broad Stage at Santa Monica College, Stanford Live, Cal Performances, Portland Friends of Chamber Music, the Vancouver Recital Society, and the Club musical de Québec, and subsequently tours Europe, with stops at the Concertgebouw, Berlin Philharmonic, Oper Frankfurt, and Théâtre des Champs-Élysées, joined by his longtime collaborator, pianist Michał Biel. He performs on three occasions at Wigmore Hall as part of a season-long residency.

In the 2020-2021 season, Mr. Orliński joined Il Pomo d’Oro for concerts in Hamburg, Essen, Budapest, Trento, and Lyon, featuring selections from his critically acclaimed album Facce d’amore. He later rejoined the ensemble for additional performances, including at Vesailles, the Aix-en-Provence Festival, and the Festival Castell de Peralada. Other concert engagments included a Baroque program with Il Giardino d’Amore in Barcelona, Bilbao, Castellón, and Madrid; a program entitled Pasticcio with Les Arts Florissants, alongside mezzo-soprano Lea Desandre and led by William Christie; and performances in Poland, with Capella Cracoviensis. He also reunited with pianist Michał Biel for recitals in Moscow, St. Petersburg, and Bydgoszcz, Poland. Engagements canceled due to the Covid-19 pandemic included his house and role debut at the Berlin Staatsoper as Farnace in a new production of Mitridate, re di Ponto; a repetition of Farnace with Les Musiciens du Louvre in cities including Paris, Barcelona, Valencia, and Moscow; a tour of Handel’s Tamerlano with The English Concert traveling to Carnegie Hall, Los Angeles’ Disney Hall, the Barbican Centre, Théâtre des Champs-Élysées, and Theater an der Wien.

Highlights of past seasons include his Carnegie Hall solo concert debut featuring members of New York Baroque Incorporated; his house and role debut at Opernhaus Zürich singing Cyrus in Belshazzar under the baton of Laurence Cummings; his debut in Russia with sold-out concerts during the inaugural season of Zaryadye Hall in Moscow; and debuts with the Warsaw Philharmonic in Handel’s Messiah and with the Montreal Bach Festival. He has performed critically-lauded solo recitals at Wigmore Hall, Verbier Festival, and throughout Spain, Belgium, Poland, Germany, and the Netherlands. He had also been scheduled to make his American operatic debut at San Francisco Opera as Armindo in Partenope, though this too was canceled due to the pandemic.

Mr. Orliński graduated from the Juilliard School in 2017 and immediately began his international career as Orimeno in Cavalli’s Erismena in his debut at the Aix-en-Provence Festival. He followed this with his role debut in the title role of Handel’s Rinaldo at Oper Frankfurt in a stunning production by Ted Huffman. While still at Juilliard, he debuted with the Händel-Festspiele in Karlsruhe with music of Handel and Vivaldi; at Carnegie Hall in New York; as well as with the Houston Symphony. He also collaborated with Les Arts Florissants in Vivaldi’s Stabat Mater conducted by Paul Agnew; performed with Music of the Baroque in Chicago under Jane Glover; and on tour with the English Concert under Harry Bicket as Eustazio in Rinaldo with performances in London, Seville, Madrid, and New York.  Another production of Rinaldo – again in the title role – served as his United Kingdom operatic debut at the Glyndebourne Festival. He performed Unulfo in Rodelinda in both Frankfurt and Lille (DVD with Emmanuelle Haïm), and has performed concerts with numerous groups throughout Europe and the U.S. In addition, he is featured on Warner recordings of Agrippina opposite Joyce di Donato and on a disc of selections with L’Arpeggiata with Christina Pluhar.

While completing his Master’s degree in vocal performance studying with Anna Radziejewska at the Fryderyk Chopin University of Music in Warsaw, he participated in the prestigious young artist program Opera Academy in Teatr Wielki-Opera Narodowa, where he studied with Eytan Pessen and Matthias Rexroth. Mr. Orliński earned his Graduate Diploma at The Juilliard School, studying with Edith Wiens. He was also a recipient of the Fulbright Scholarship in the years 2015-2016 and 2016-2017.

In his spare time, Mr. Orliński enjoys breakdancing, in addition to other styles of dance. His achievements in this arena include prizes in many dance competitions: fourth place at the Red Bull BC One Poland Cypher competition, second place on the Stylish Strike – Top Rock Contest and second place at The Style Control competition, among others. He has also been featured in a commercial for the street wear company CROPP, as well as featured as a dancer, model, and acrobat in campaigns for Levi’s, Nike, Turbokolor, Samsung, Mercedes-Benz, MAC Cosmetics, Dannon, and Algida.

Jakub Józef Orliński and pianist Michał Biel's new album Farewells is available now on Warner Classics. The album is a tribute to 19th- and 20th-century composers of their native Poland. Biel describes the music as, “...a lot of very intense, very Polish,...

Congratulations to the winners of the 2022 International Classical Music Awards (ICMA). The honourees were celebrated during a gala concert streamed live from the Philharmonie Luxembourg Thursday 21 April. The prestigious awards are selected by an international jury...

Jakub Józef Orliński wins acclaim for his debut as Didymus in Katie Mitchell's Handel: Theodora at the Royal Opera House. Not heard in Covent Garden since its 1750 premiere, and sung in the original English libretto by Thomas Morell, this new interpretation conducted...

“The Polish countertenor Jakub Józef Orliński combined beauty of tone and an uncommon unity of color and polish across his range in selections by Britten and Handel.”

“The Endimione, Polish countertenor Jakub Józef Orliński, was the most striking singer in the eager young cast. A skillful actor with a handsome face and figure, Orlinski has a congenially boyish presence; the role of the shepherd who pines for the goddess Diana gave Orliński few opportunities for the florid music that is evidently his specialty, but he phrases with professional-quality musicality and intelligence… He is clearly an artist to watch.”

“The countertenor Jakub Jozef Orlinski was the most appealing of the men.”

“As the shepherd, countertenor Jakub Jozef Orlinski did some very lovely singing.” 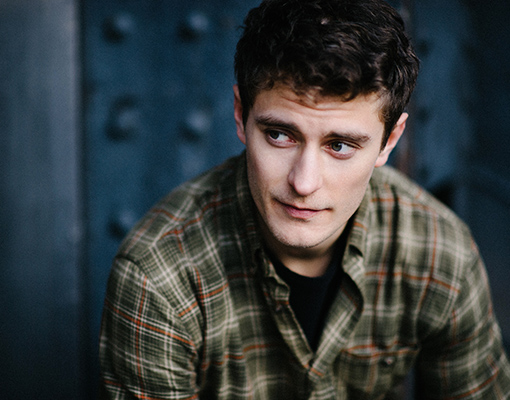 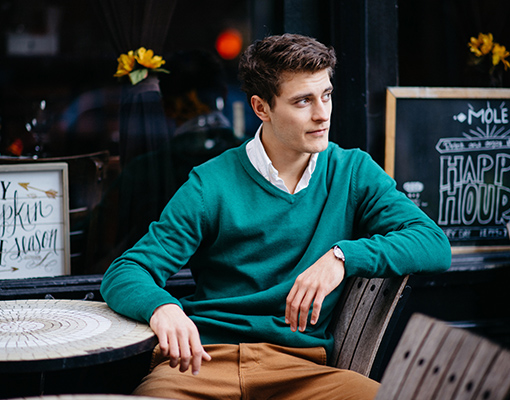 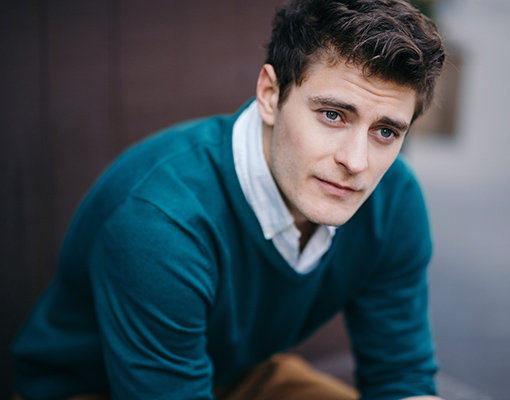 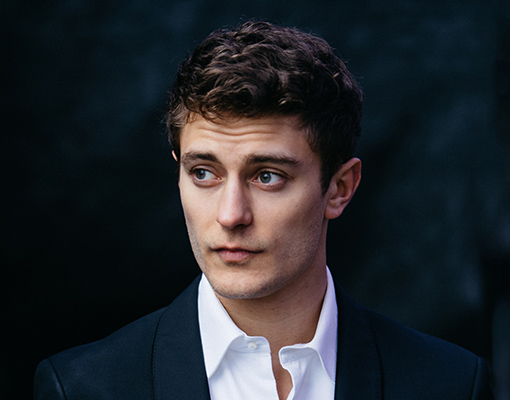 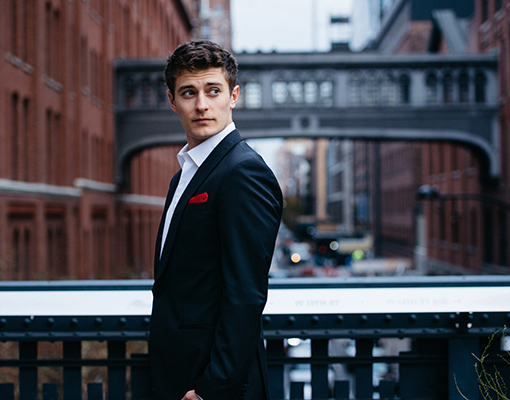 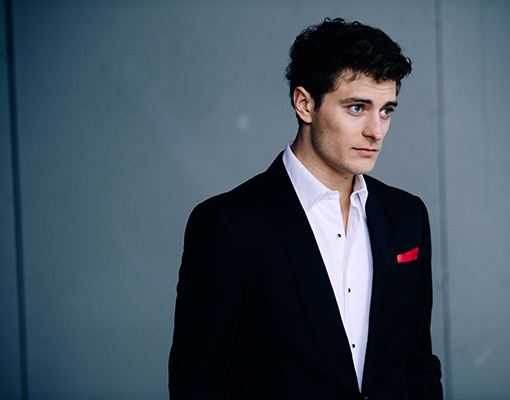 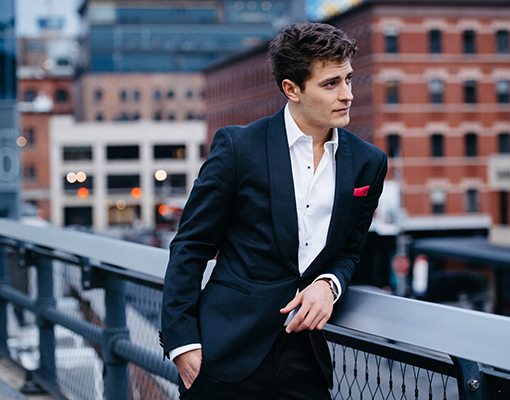 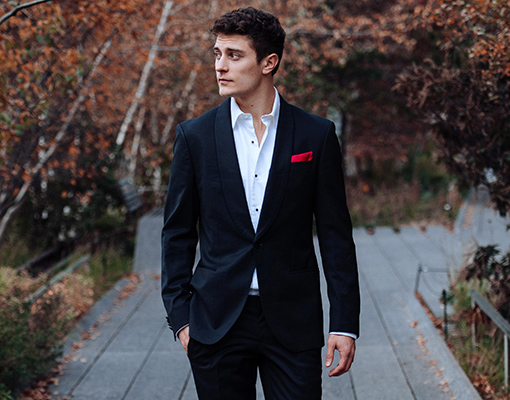 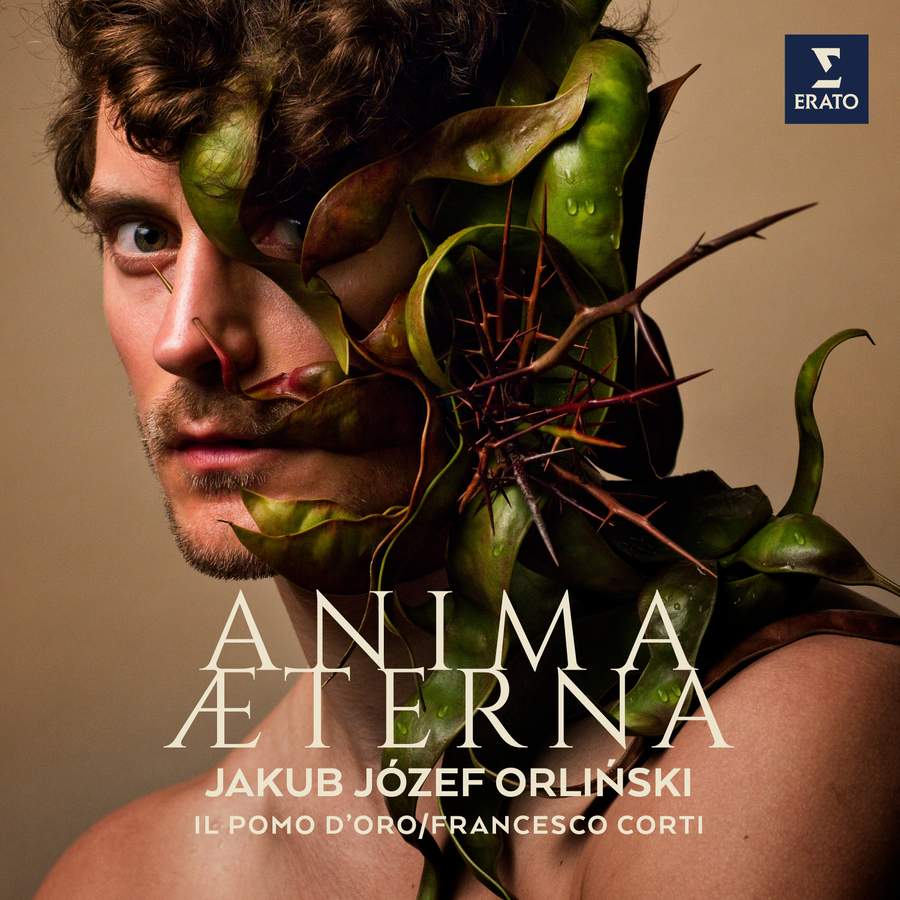