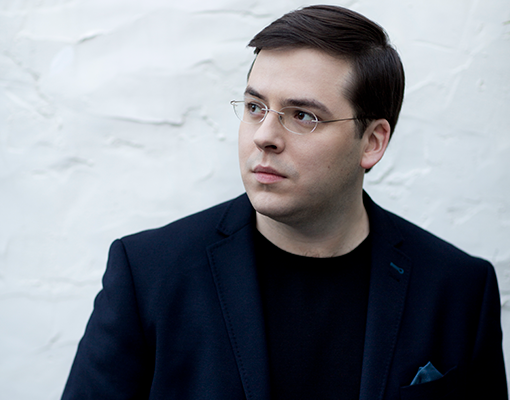 Born in New York and hailed by the Chicago Tribune as “A gifted conductor who’s clearly going places”, James Feddeck has recently been appointed as Principal Conductor of Orchestra I Pomeriggi Musicali di Milano. In addition to numerous engagements in with Orchestra I Pomeriggi Musicali in Milan, in the 2021/22 season he looks forward to engagements with the Tenerife Symphony, Orchestre National de Lille, Bournemouth Symphony Orchestra, RAI Torino, Belgian National Orchestra, and the Auckland Philharmonia.

James Feddeck studied at the Oberlin Conservatory of Music, was Assistant Conductor of The Cleveland Orchestra, and is a winner of the Solti Conducting Award and the Aspen Conducting Prize.

IMG Artists is delighted to announce the appointment of James Feddeck as Principal Conductor of Orchestra I Pomeriggi Musicali di Milano from October 2020. The appointment is the culmination of a number of successful appearances with the orchestra in recent seasons,...

The Detroit Symphony Orchestra (DSO) today announced that conductor James Feddeck will step in for Music Director Laureate Leonard Slatkin to lead the DSO Digital Concert on Thursday, October 1 at 7:30 p.m. Slatkin is healthy, but concerned by an increased number of...

“a name to follow….a great colourist with an attractive, non-managerial flair…all brilliantly realised by Feddeck and the BBCSO”

“A fantastic debut… What Feddeck did with Bruckner’s Eighth Symphony during last Friday’s concert was phenomenal.”

“James Feddeck… seemed to have the work in his little finger, and conducted the RSO Vienna with precision and dynamism.” (Der Standard, October 2016)

“James Feddeck: a gifted conductor who’s clearly going places … a model of firm musical purpose on the podium. His lucid beat and articulate gestures reflected an insightful understanding of the three stylistically disparate scores and a vigorous, but not ostentatious, manner of getting his ideas across to the players. The admirable results made clear why American orchestral managements such as Chicago’s are placing such high faith in Feddeck and his burgeoning career… Feddeck presented this hour-long Russian masterpiece [Rachmaninov’s Second Symphony] note-complete, pacing everything knowingly, allowing the lush melodies enough room to sing and sigh without bogging down the momentum to mawkish effect. His canny application of sonic weight, rhythmic urgency and emotional intensity made certain that the music spoke with a sustained degree of color and excitement throughout. The Adagio, expansively paced without ever surrendering a sure sense of direction, was the pivot point of the interpretation… The CSO players gave Feddeck everything he asked for, and then some.” (John von Rhein, Chicago Tribune, October 2015)

“Feddeck carried [the] programme from A to Z as if it had been flowing through his own veins for a long time. He showed himself inspired and, above all, rightful, as the three works deployed different orchestral textures and colours.” (Christophe Huss, Le Devoir, February 2017)

“Feddeck…received magnificent response from the orchestra and soloist […] everyone kept standing while he was warmly received – a conductor to keep in mind.” (La Opinion, March 2016)

“Feddeck was particularly effective in the driving moments of the symphony, conducting crisply and engaging each appropriate orchestral section.” (bachtrack.com, October 2015)

“The main Friday concert was a winner.  Conductor James Feddeck and the RTÉ NSO were muscular and persuasive in Hindemith’s once-popular, but now too-rarely-heard symphony Mathis der Maler and in Stauss’s Der Rosenkavalier Suite.” (Martin Adams, The Irish Times, October 2015)

“From the consistently first-rate work shown by Feddeck in Boettcher Hall on Oct. 2-3, it was obvious that he is a talent to watch.  His future seems bright… it’s hard to remember the orchestra sounding as polished and energetic as it did at the conductor’s weekend appearances in Denver… How could an orchestra not give its all under a conductor who so visibly loved the music in his care?… Every phrase sounded spontaneous and achingly lovely… Feddeck’s pacing was ideal, causing the flow of variations to emerge as an unfolding drama that moved inexorably to those final stern chords” (Marc Shulgold, Classical Voice America, October 2015)

“Displaying the keen sense of pacing that has earned him plaudits in lengthier works, Feddeck built and sustained a regal drama, all while drawing forth saturated colors and elfin lightness from The Cleveland Orchestra.” (Zachary Lewis, The Plain Dealer, August 2015)

“Best of all was the expansive slow movement [of Bruckner’s Symphony No. 8], where Feddeck drew on wells of deep, luxuriant orchestral color while always keeping the rhythmic impulse from lagging. The movement’s patient march to a long deferred climax made for a superb dramatic arc.” (San Francisco Chronicle, March 2015)

“The result could not have been more impressive… the greatest virtue of Feddeck’s approach to conducting Bruckner was his ability to establish a sense of where the listener was over the course of the journey of each movement. He knew how to clarify the traditional concepts of exposition and recapitulation; and, perhaps even more importantly, he knew how to realize that sense of an ending that the coda heralds…we should all hope that we shall be seeing more of him [Feddeck] in Davies.” (San Francisco Examiner, March 2015)

“But in a fantastic debut with the San Francisco Symphony, conductor James Feddeck reached deep inside the Eighth, and brought out the wealth of wonderful detail that lies just below its seemingly impenetrable surface…What Feddeck did with Bruckner’s Eighth Symphony during last Friday’s concert was phenomenal. The way in which he made sense of the composer’s doleful thematic imagery and the colossal architecture belies the notion that musical maturity only comes with age.” (San Francisco Classical Voice, March 2015)

“[…] he worked up a real heat, inhabiting every bar of Beethoven’s Fifth Symphony as if it were a second skin. The first movement hurtled through like the ‘Feddeck express’, and he handled the jack-in-the box dynamics of the scherzo with such composure that the forte explosions had the force of genuine surprise.” (The Guardian, March 2015)

“The Orchestra of the Deutsche Oper Berlin under James Feddeck knows how to captivate their audience.” (Elena Philipp, Berliner Morgenpost, October 2014)

“I have to acknowledge the tremendous find by the orchestra of James Feddeck, a late substitute, but a conductor who is organised, confident, expert in direction and accompaniment, lets the band play and who, on Saturday, produced wonderful performances….  Musicians of this calibre are gold dust. Listen to the roar of the crowd.”  (Michael Tumelty, The Herald, April 2014)

“Feddeck chose not to take the safe and easy way out; instead he totally rethought Carmina Burana and came up with a strikingly fresh and exciting reading.” (Timothy Robinson, Bachtrack, April 2013) 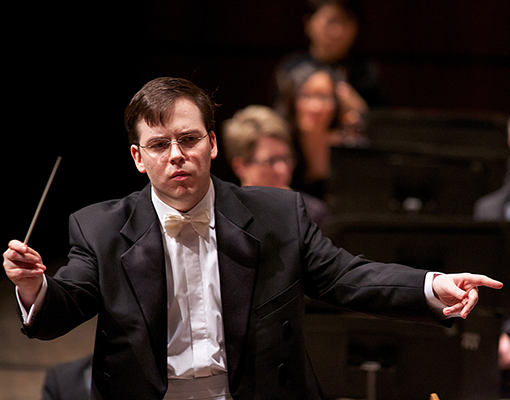 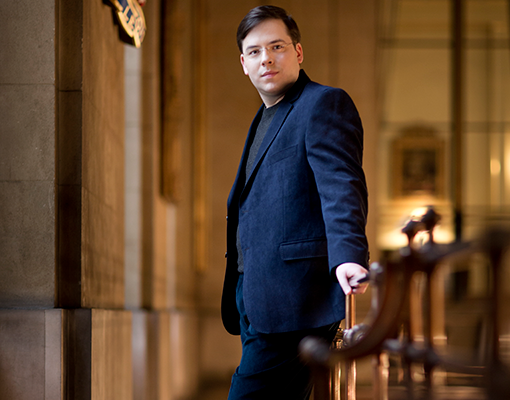 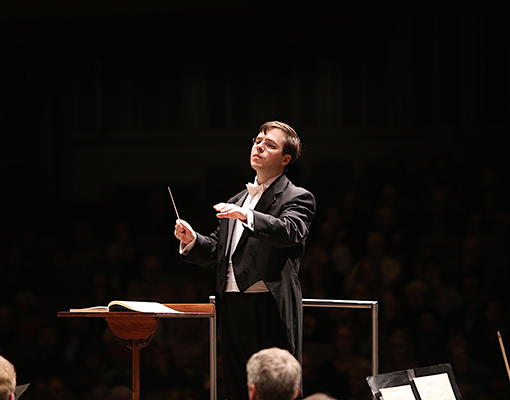