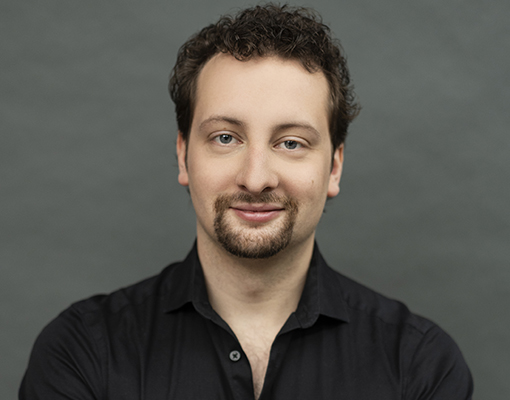 Canadian bass-baritone Joel Allison has earned praise for his “rich, ringing tone” (Ludwig Van Toronto). A graduate of the elite Canadian Opera Company Ensemble Studio, Joel was awarded Second Place in the Christina and Louis Quilico Competition in 2019 and was a semi-finalist in the 2020 Metropolitan Opera National Council Auditions.

Highly in demand as a concert soloist, Joel has appeared throughout Canada with ensembles including the National Arts Centre Orchestra, Thirteen Strings, Theatre of Early Music, Tafelmusik Baroque Orchestra, and Orchestre Classique de Montréal. He has performed with the Toronto Bach Festival, Tilford Bach Festival, and the Festival International de Musique Baroque de Lamèque, singing works by Bach, Mozart, and Purcell. He also sang Handel’s Messiah with Chorus Niagara, the Newfoundland Symphony, and Orchestre Classique de Montréal. In 2017, he was a guest soloist in Canadian composer Larysa Kuzmenko’s “Golden Harvest Oratorio” with the Saskatoon Symphony Orchestra.

Joel holds a master’s degree in Opera Performance from the University of Toronto and a bachelor’s degree in Vocal Performance from the University of Ottawa. In 2019, he was awarded a grant from the Sylva Gelber Foundation. He is an alumnus of the Ontario Youth Choir, Tafelmusik Baroque Summer Institute, Toronto Summer Music Art Song Fellowship, and the Young Singer’s Project at the Salzburg Festival. A committed soloist since childhood, his solo debut was at the age of twelve as the treble soloist in Howard Shore’s “Lord of the Rings Symphony” with the National Arts Centre Orchestra under conductor Alexander Mickelthwate.

“In his lone Aria, the young bass Joel Allison displayed a voice that was striking in its maturity, effortless heft and power and superb control.”

“The bass arias & recitivos (prose) were more than adequately performed by Allison. He has a powerful & emphatic voice that proved the most dramatic of all. A perfect selection for his protagonist characterizations.”

“The second half opened with bass-baritone Joel Allison and Nick Shadow’s “Come Master” from The Rake’s Progress. Allison has a rich, ringing bass-baritone with a solid core and an easy top, which allows him to tackle the Diamond Aria with ease. If his Nick Shadow was impressive, it didn’t prepare me for his “Fra l’ombre e gli orrori,” Polythemus’s aria from Handel’s Acis, Galatea e Polifemo. This aria is well nigh impossible vocally given its extreme range, from low D to high A. A very slow aria, which means all the notes have to be sustained. Allison sang all the notes as written, and with distinction. Bravo!”

“I was also impressed by the Schaunard of ensemble bass-baritone Joel Allison, who sang with plenty of voice and a strong stage presence – this singer will go far.”

“Bass baritone Joel Allison has a beautiful instrument for this repertoire: precise in its intonation and articulation, serene and aristocratic, a little cool and bloodless, but with an appealing, soft fuzziness around the edges.”