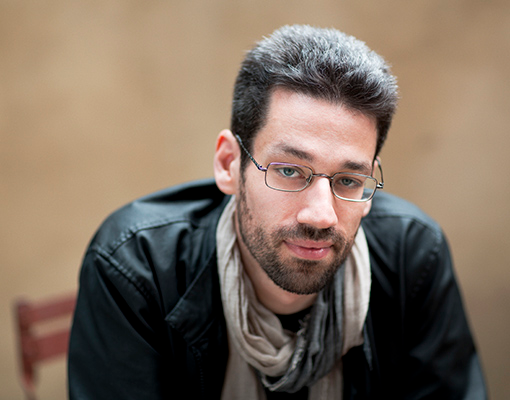 Pianist Jonathan Biss’s approach to music is a holistic one. In his own words: I’m trying to pursue as broad a definition as possible of what it means to be a musician. As well as being of the world’s most sought-after pianists, a regular performer with major orchestras, concert halls and festivals around the globe and co-Artistic Director of Marlboro Music, Jonathan Biss is also a renowned teacher, writer and musical thinker.

His deep musical curiosity has led him to explore music in a multi-faceted way. Through concerts, teaching, writing and commissioning, he fully immerses himself in projects close to his heart, including Late Style, an exploration of the stylistic changes typical of composers – Bach, Beethoven, Brahms, Britten, Elgar, Gesualdo, Kurtág, Mozart, Schubert, and Schumann – as they approached the end of life, looked at through solo and chamber music performances, masterclasses and a Kindle Single publication Coda. And Schumann: Under the Influence a 30 concert initiative examining the work of Robert Schumann and the musical influences on him, with a related Kindle publication A Pianist Under the Influence.

This 360° approach reaches its zenith with Biss and Beethoven. In 2011, he embarked on a nine-year, nine-disc project to record the complete cycle of Beethoven’s piano sonatas. Starting in September 2019, in the lead-up to the 250th anniversary of Beethoven’s birth in December 2020, he will perform a whole season focused around Beethoven’s Piano Sonatas, with more than 50 recitals worldwide. This includes performing the complete sonatas at the Wigmore Hall and Berkeley, multi-concert-series in Washington, Philadelphia, and Seattle, as well as recitals in Rome, Budapest, New York and Sydney.

One of the great Beethoven interpreters of our time, Biss’s fascination with Beethoven dates back to childhood and Beethoven’s music has been a constant throughout his life. In 2011 Biss released Beethoven’s Shadow, the first Kindle eBook to be written by a classical musician. He has subsequently launched Exploring Beethoven’s Piano Sonatas, Coursera’s online learning course that has reached more than 150,000 subscribers world-wide; and initiated Beethoven/5, a project to commission five piano concertos as companion works for each of Beethoven’s piano concertos from composers Timo Andres, Sally Beamish, Salvatore Sciarrino, Caroline Shaw and Brett Dean. The later will be premiered in February 2020 with the Swedish Radio Symphony Orchestra and subsequently performed by orchestras in USA, Germany, France, Poland and Australia.

As one of the first recipients of the Borletti-Buitoni Trust Award in 2003, Biss has a long-standing relationship with Mitsuko Uchida with whom he now enjoys the prestigious position of Co-Artistic Director of Marlboro Music. Marlboro holds a special place for Biss, who spent twelve summers there, and for whom nurturing the next generation of musicians is vitally important. Biss continues his teaching as Neubauer Family Chair in Piano Studies at Curtis Institute of Music.

He was the first American to be named a BBC New Generation Artist, and has been recognised with many other awards including the Leonard Bernstein Award presented at the 2005 Schleswig-Holstein Festival, Wolf Trap’s Shouse Debut Artist Award, the Andrew Wolf Memorial Chamber Music Award, Lincoln Center’s Martin E. Segal Award, an Avery Fisher Career Grant, the 2003 Borletti-Buitoni Trust Award, and the 2002 Gilmore Young Artist Award.

Surrounded by music from an early age, Jonathan Biss is the son of violist and violinist Paul Biss and violinist Miriam Fried, and grandson of cellist Raya Garbousova (for whom Samuel Barber composed his cello concerto). He studied with Leon Fleisher at the Curtis Institute in Philadelphia, and gave his New York recital debut aged 20.

“This was a gorgeous piano performance, with Biss melting tempo for contemplative moments and flirting with rubato by dropping an oh-so-subtle hold into notes — and just the right notes at that. This is a pianist who can actually play a whispered trill, and his work was so focused, so clear that the audience got carried away and applauded after the first movement.”

“Jonathan Biss: one of the great Beethovenians… will surely take his place among the greats.”

“The soloist for the concerto was the distinguished American pianist Jonathan Biss. From the start a lightness of touch and elegance emanated from soloist and ensemble. Biss might even have been considering the sound world of the fortepiano, the instrument for which Mozart composed the work, with playing that was full of light and shade and brimming over with expressive, intelligent rhetoric in every bar. The spring-like frisson of the opening Allegro maestoso led to the sheer and dreamy Andante flowing smooth as silk, each descending scalic expression of the melody ‘sung’ with touching beauty and sincerity. The mischievous Allegro vivace assaiwas fully playful and joyous; both soloist and accompanying ensemble dance partners in perfect rapport. The performance displayed great style, flawless balance and blend, and particularly fine phrasing under Davis’s direction.”

“Beethoven’s personal life may have been short on joy, but listening to Jonathan Biss leaves one feeling grateful that he was able to discover it in composing.”

“His performance of The Tempest reminds us how shocking Beethoven’s innovations still are today. Biss enjoys delving deeply into the dark and enigmatic heart of this sonata, yet his sound is fresh and modern, and he achieves a splendid clarity in the slow movement as he draws each of the themes and the threatening drum rolls. The finale is taken faster than others but he never sacrifices textural clarity. It’s a highly charged, moving interpretation.”

“There is… playfulness, wit – sometimes tigerish, but often surprisingly delicate – and nowhere more so than in the piano sonatas. Not only is American pianist Jonathan Biss a highly refined and intelligent musician, but he also understands this aspect of Beethoven as well as anyone performing today.”

“Biss and the SPCO [seemed] to really throw themselves full force into Beethoven’s “Emperor” Piano Concerto, resulting in one of the strongest interpretations of the work that I’ve encountered in concert. Full of energy, imagination and impeccable precision, it was Beethoven with just the right balance of calm and vigor, managing to be explosive one moment and contemplative the next, yet with nary a mood shift too abrupt. This was smoothness without sacrificing an ounce of oomph.”

In the hush of the concert hall, as Saturday night in Glasgow beeps and bustles just outside the doors, Sally Beamish’s third piano concerto manages to so evocatively conjure the underlying anxiety and jittery disconnection of city living that, although followed by two much-loved works from heavyweight composers, it’s Beamish’s 23 minutes that feel most significant.

Receiving its European premiere this week as part of Beethoven/5, a five-year series of commissions, imagined by self-professed Beethoven obsessive Jonathan Biss, in which different composers are approached to write a piano concerto inspired by one of Beethoven’s five, City Stanzas reminds us, with a quiet confidence, of the excitement (and importance) of music as response to the human condition.

It helps, of course, having the exceptional and engaging Biss as soloist. In the quietly heartbreaking stand-out second movement, Requiem – a response to the recent death of Sir Peter Maxwell Davies – his poetic, beautifully phrased solo becomes one man’s solitary thoughts against a doom-laden backdrop of eerie timpani and bass glissandi, conjuring distant traffic heard from behind a lonely window as a bass clarinet chips in with dark, unwanted thoughts. In the third movement, returning to the irritable chaos of the aural cityscape, Biss’ angular, angry stabs are accompanied by his own anguished shivers and tics as he plays; it’s fascinating to watch.

Sandwiched between this and Brahms’ thickly intellectual yet expressive fourth symphony, Beethoven’s zesty concerto feels like a slice of sparkling relief, aided by Biss’ nimble, gently precise and perfectly understated execution. Even after the athletic scales of its first movement, the real treat is his extended cadenza in the last, a movement-within-a-movement which dramatically channels the spirit of the composer he so adores.

“Biss is one of the great pianists of his generation.”

“There’s a certain type of pianism that presses all the buttons for me. It is that ability to combine flawless technical and tonal mastery with innate musicality without drawing undue attention to either. Jonathan Biss does that here in the fifth volume of his ongoing survey of the complete Beethoven piano sonatas. It opens with a wonderfully clear vision of early Beethoven, the Op2 No3, sweetly nuanced, but with a solidity of touch and weighted charisma that looks forward to the later works. Biss moves on in Beethoven’s timeline with the G major Op79 and E minor Op 90 sonatas, the former a model of precision and clarity, the latter exquisitely contrasting the stormy opening with the dreamy final movement. Biss ends magnificently with the profound eloquence and drama of Op 101.”

“…the tigerish attack with which he brought Mozart’s C minor sonata K457 out of 18th century decorum and into our 21st century sound-world had compelling authority… what Biss did with the later Sonata in F K533 – with its exuberantly lyrical first movement, and its operatic Andante – was very different, but no less riveting… He expertly steered his final work – Schumann’s Kreisleriana – between its polarities of breathless excitement and contemplative calm.”

“Biss’s performance is blazing, nimble, fleet of finger and dangerous. He should complete the project in 2020. We must be patient.”

“This is a marvellously promising beginning by one of the most thoughtful and technically accomplished pianists of the younger generation… But his playing is by no means didactic: it is forceful, fierce but not exaggerated, and sometimes scintillating.”

“Biss, a young American pianist with an exceptional musical pedigree, intense intelligence and a fantastic sense of humour, has all the ingredients he needs to become one of today’s great Beethovians. This disc proves he’s well on the way. He teases out the brilliant and quirky heart of the sonatas; he is affectionate in the reflective slow movements, and witty and light-fingered in the virtuoso sky-rockets. He takes nothing for granted: in his hands Beethoven is no pompous grand master but an energetic radical, bursting at the seams with Jonathan Biss/Beethoven Sonatas Press Quotes: 4 fresh ideas…An exciting and sophisticated start to what promises to be a great Beethoven cycle.”

“The performances – brilliant, precisely thought, yet spontaneous-sounding – are a joy. I also like the way Biss has chosen to begin with four of the least often heard sonatas, then shows how wrong we are not to celebrate them, for in his hands they are a continuous surprise and delight.”

“He doesn’t simply observe Beethoven’s indications; he has internalized them to the point that, for his brain and hands, they have become second nature… This account of Op. 31 No. 3 is the most detailed, vividly imaginative that I’ve heard.”

“His playing, in a golden age of Beethoven pianism, is always masterly and spontaneous-sounding.”” 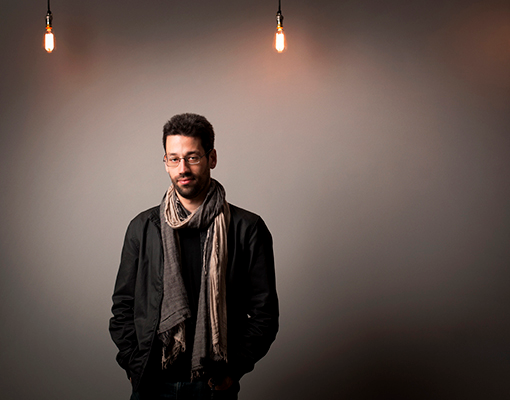 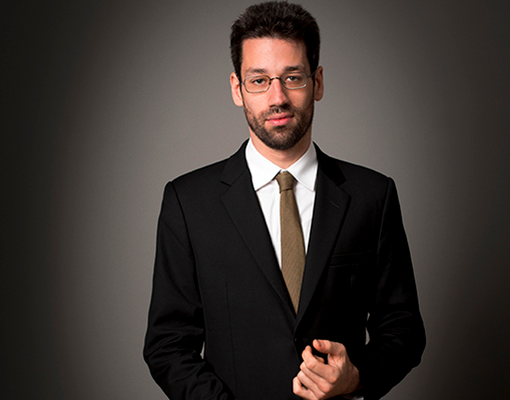