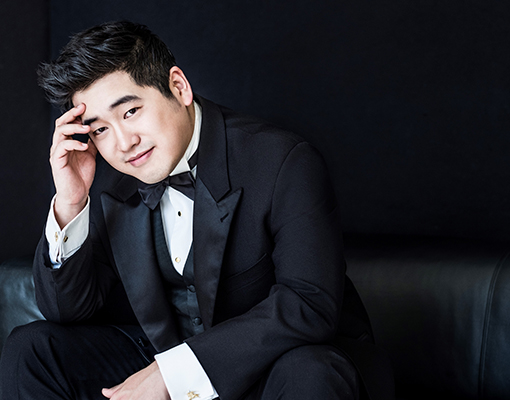 Australian-Chinese tenor Kang Wang is one of the most sought-after young lyric tenors in the opera world. He is a former member of the Lindemann Young Artist Development Program of the Metropolitan Opera and a finalist in the 2017 Cardiff Singer of the World competition.

In the 2021-2022 season, Mr. Wang makes his house and role debut at Washington National Opera as Ferrando in Così fan tutte. He also makes his house debut at Seattle Opera as Rodolfo in La bohème, returns to Opera Australia in the same role, and returns to Opera Queensland as Alfredo in La traviata. In concert, he joins the Melbourne Symphony Orchestra for a performance celebrating the Chinese New Year and the Queensland Symphony Orchestra for a concert of arias.

Last season, Mr. Wang joined Opera Queensland in a performance celebrating the company’s 40th anniversary and for a solo recital with pianist John Woods. Engagements canceled due to the Covid-19 pandemic included performances at the Metropolitan Opera as Tamino in Die Zauberflöte, at Opera Australia as Alfredo, at Kentucky Opera as Rodolfo in La bohème, and at Washington Concert Opera as Gabriele Adorno in Simon Boccanegra. On the concert stage, he had been scheduled to sing Verdi’s Messa da Requiem with the Louisiana Philharmonic and Beethoven’s Symphony No. 9 with the Milwaukee Symphony Orchestra.

In the 2019-2020 season, Mr. Wang made his house debut at Opera Australia as Alfredo, his house and role debut at Pittsburgh Opera as Don Ottavio in Don Giovanni, and his role debut as the Duke in Rigoletto at Austin Lyric Opera. Engagements canceled due to the pandemic included a return to the Metropolitan Opera as Edmondo in Manon Lescaut as well as concert performances with the Accademia di Santa Cecilia for Tan Dun’s Buddha Passion, the Orquesta Sinfonica di Minera in Mexico for Verdi’s Messa da Requiem, and the Darwin Symphony Orchestra for Mahler’s Das Lied von der Erde alongside baritone Nathan Gunn in a staged performance at the Krannert Center in Illinois.

Notable operatic highlights of past seasons include performances at the Metropolitan Opera as Narraboth in a new production of Salome, Mitrane in Semiramide under the baton of Maurizio Benini, the First Prisoner in Fidelio, and the cover of Arturo in Lucia di Lammermoor with conductor Roberto Abbado, as well as Verdi’s Messa da Requiem under James Levine and multiple concerts with the Summer Recital Series in various New York City parks. He also performed Elvino in La sonnambula in a co-production with the Lindemann Program and Juilliard School and a program of opera scenes conducted by James Levine.

In concert, Mr. Wang debuted with the Beijing Symphony Orchestra as the tenor soloist in Mahler’s Das Lied von der Erde in a performance that was subsequently presented by the Kennedy Center in celebration of the Chinese New Year. He also made an exciting last-minute debut in Moscow, replacing tenor Jonas Kaufmann in a New Year’s Eve Gala performance of opera arias with orchestra, and stayed on to perform a solo recital of song repertoire in the Grand Hall of the Tchaikovsky Conservatory. Additionally, he sang Tan Dun’s Buddha Passion with the Los Angeles Philharmonic Orchestra conducted by Gustavo Dudamel, Rossini’s Stabat Mater with the London Philharmonic Orchestra. Mendelssohn’s Elijah with the San Antonio Symphony, and Beethoven’s Symphony No. 9 in his debut with the American Classical Orchestra at David Geffen Hall.

Mr. Wang made his operatic debut as Rinuccio in Queensland Conservatorium’s production of Gianni Schicchi, where he also performed the title role of Tom Rakewell in The Rake’s Progress. He sang Nemorino in RNCM’s production of L’elisir d’amore in 2013 and subsequently Don José in La Tragédie de Carmen at the International Vocal Arts Institute-Virginia in 2014. He was a member of the opera studio of Theater Basel in Switzerland, where he performed roles such as Nathanaël in Les Contes d’Hoffmann and the Male Chorus in The Rape of Lucretia. Additionally, he has appeared as a guest soloist in over 20 concerts with the Queensland Symphony Orchestra and in numerous concerts with Opera Queensland.

Originally from Harbin, China, Mr. Wang is the son of two renowned opera singers. He received an International Artist Diploma at the Royal Northern College of Music in Manchester, United Kingdom, and a Master of Music degree from the Queensland Conservatorium at Griffith University in Australia.

TENOR KANG WANG EARNS PLACE IN FINAL OF BBC CARDIFF SINGER OF THE WORLD COMPETITION; GERALD FINLEY TO COMMENTATE FOR THE BBC 4 BROADCAST ON 18 JUNE

Tenor Kang Wang is moving on to the final of the BBC Cardiff Singer of the World competition this Sunday. The tenor performed four arias in the fourth round competition on Thursday. He kicked off his showcase by singing an aria from Gounod’s “Roméo et Juliette” before...

“The tenor Kang Wang, who was born in China and grew up in Australia, made an endearing Elvino, singing with an ardent voice and sending phrases soaring without any hint of forcing.”

“Kang Wang, with a beautiful and clear tenor, made a successful house debut as Narraboth, a young captain in love with Salome.”

“Kang Wang sang with elegance and fervor as the young Narraboth.” 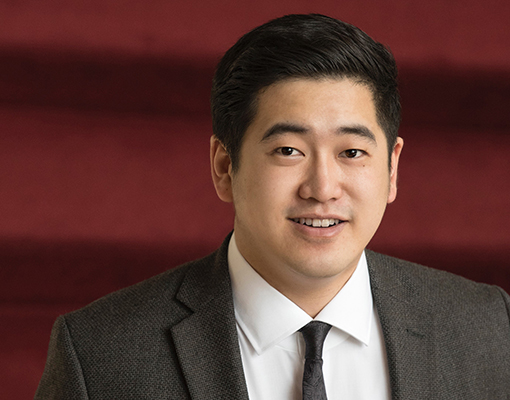