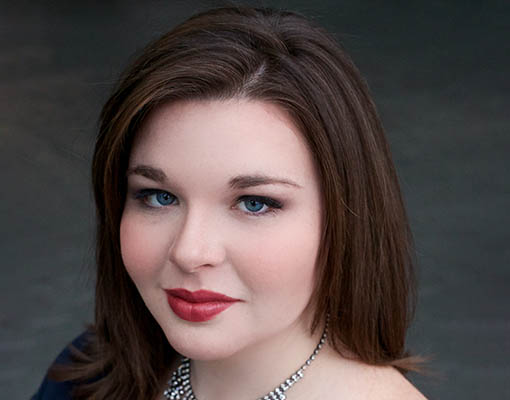 Hailed for her “clean coloratura and silvery voice,” Kathryn Henry is quickly making a name for herself as one of the most promising young sopranos to watch. She graciously moves audiences with her “flawless sense of line” and “shimmering warmth of sound” that “combines dignity and strength with profound sorrow.”

In the 2022/23 season, Ms. Henry has the distinct honor of working with Sir Antonio Pappano and soprano Gweneth Ann Rand as a member of the Britten Pears Young Artist Programme. Following her triumphant debut with the Santa Fe Opera in The Lord of Cries, Ms. Henry reprises the role of Lucy Harker for the East Coast premiere performance and world premiere studio recording of the cast album through the Boston Modern Orchestra Project, Odyssey Opera, and Pentatone Records. She presents a recital of women composers with the Green Lake Festival of Music featuring songs of Clara Schumann, Marguerite Canal, Undine Smith Moore, Libby Larsen, Madison Cunningham, and Joni Mitchell. She also presents recitals with the Collaborative Arts Institute of Chicago and the Beyond the Aria series at the Harris Theater with tenor Lawrence Brownlee and pianist Craig Terry.​

Ms. Henry is a current member of the Ryan Opera Center at the Lyric Opera of Chicago, where she covers the role of Mother in Hänsel und Gretel and debuts in the world premiere of Proximity. She debuts a partial recital with pianist Chris Reynolds on WFMT 98.7FM, Chicago’s classical music station. Under the baton of Maestro Enrique Mazzola, Ms. Henry performs selections from Ernani and Fiddler on the Roof in “Sunday in the Park with Lyric” at Millennium Park. Ms. Henry joins the Aspen Music Festival in the Summer of 2023 as a Renée Fleming Artist where she sings the role of Roxane Cross in Bel Canto.

For the 2021/22 season, Ms. Henry had the distinct honor of working with fellow soprano and mentor Renée Fleming in Carnegie Hall’s Song Studio. Following her success as Micaëla in La tragédie de Carmen, Ms. Henry made her highly anticipated return to the Florentine Opera Company as the title role in Viardot’s Cendrillon. She also made debuts with Sacramento Philharmonic & Opera (Norma), Walla Walla Symphony (Beethoven 9), and Racine Symphony Orchestra (Fauré Requiem). In the summer of 2021, Ms. Henry had the distinct honor of joining the Santa Fe Opera, where she performed the role of Lucy Harker in the world premiere of John Corigliano and Mark Adamo’s The Lord of Cries and covered the role of Helena in Britten’s A Midsummer Night’s Dream.

In her studies as a Toulmin Foundation Scholar at the prestigious Juilliard School in New York City, she was seen on the mainstage as Arminda in La Finta Giardiniera and covered the title role in Janáček’s Katya Kabanova. She had the honor of celebrating the 80th birthdays of William Bolcom and John Corigliano as part of the New York Festival of Song at Juilliard, alongside legendary pianist Steven Blier. Further opera credits include Governess in The Turn of the Screw, First Lady in Die Zauberflöte, and the title role in Suor Angelica. As a Baumgartner Studio Artist with the Florentine Opera Company, she covered the role of La Contessa in Le nozze di Figaro. Additionally, she has covered Juliette in Roméo et Juliette with Wolf Trap Opera and Mimi in La bohéme with the Chautauqua Institution.

Acclaimed for her interpretation of song and symphonic works, Ms. Henry has appeared as a guest soloist with the Milwaukee Symphony Orchestra, Chautauqua Symphony Orchestra, and National Symphony Orchestra. In recital, she has performed alongside pianists Brian Zeger, Craig Rutenburg, and Mikael Eliasen. She continued to work on song repertoire while being a member of the 2020 Steans Music Institute at the Ravinia Festival. In the summer of 2017, Ms. Henry was invited to Japan as a guest singer in the Kyoto International Student Music Festival.

“Soprano Kathryn Henry sang with magnificent color and simplicity. Her pure, shimmering voice beautifully conveyed the emotional impact and transported the music into the realm of the sublime.”

“Henry crafted long, elegant phrases, made artfully reserved use of dynamics, sang with a pure, ringing sound, and gave an intimately expressive delivery. Her flawless sense of line and the shimmering warmth of her sound combined dignity and strength with profound sorrow”

“Ms. Henry successfully holds her own among her seasoned castmates, her crystalline, supple soprano shimmering with heartfelt phrasings. Her voice is even throughout the range, and in her aria… she displays an upper register of considerable sheen and amplitude.”

“Henry triumphed in the part. Her lovely lyric voice met every expressive demand, from her plaintive moments of deep emotion in Act I to the tense, dramatic encounter with Dionysus/Dracula in Act II. “Hush, Darling, hush,” her lullaby to her tortured husband Jonathan in the second act, was especially moving.”

“The part of the program we enjoyed the most was his partnership with soprano Kathryn Henry… Ms. Henry offers a generous sound, a pleasing vibrato, and clear German.  More importantly, she colored each song differently, giving “Zueignung” a full measure of passion, matched by Mr. LaNasa’s piano”

“Ms. Henry need not worry, her voice rang free and clear. Her encore later on was, “It never was you” from Kurt Weil’s “Knickerbocker Holiday.” It was a captivating Broadway song with wistful and beguiling tone and Ms. Henry sang it beautifully. Kathryn Henry is a charming singer with a beautiful voice and a kilowatt smile. All of this was part of her satisfying presentation as a young artist as George Gershwin would say or Georges Guétary in the film An American in Paris “on her way to the stairway to paradise.” 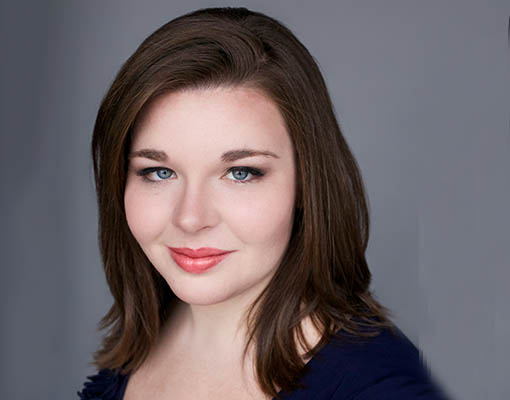 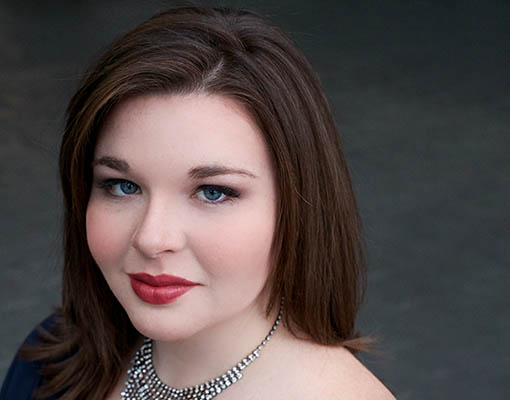