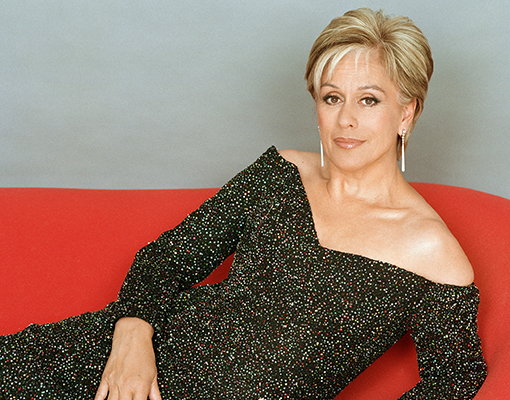 Kiri Te Kanawa gained legendary status almost overnight after her sensational debut as the Countess in Le Nozze di Figaro at the Royal Opera House, Covent Garden in 1971.  From then, she moved rapidly into the front rank of international opera, and has become one of the most famous sopranos in the world.

At the time of her operatic debut she was already an experienced concert and recording artist, and equally at home in front of the cameras as on stage.  Continuing to develop as a recitalist, she is now a much sought-after singer in a wide variety of musical contexts.

In the genre of opera, Kiri Te Kanawa is a familiar figure in the leading opera houses of the world – Covent Garden, the Metropolitan, the Chicago Lyric Opera, Paris Opera, Sydney Opera House, the Vienna State, La Scala, San Francisco, Munich and Cologne.  Her lyric soprano heroines include the three major leading roles by Richard Strauss (Arabella, The Marschallin, and the Countess in Capriccio); Mozart’s Fiordiligi, Donna Elvira, Pamina and, of course, the Countess Almaviva;  Verdi’s Violetta, Amelia Boccanegra, Desdemona; Puccini’s Tosca, Mimi and Manon Lescaut; Johann Strauss’ Rosalinde, and Tchaikovsky’s Tatiana, also Bizet’s Micaela (or Carmen) and Gounod’s Marguerite.
On the concert stage, her natural serenity and vocal beauty have joined with the world’s major orchestral ensembles – Chicago Symphony, Los Angeles Philharmonic, London Symphony and the Boston Symphony under the baton of such conductors as Claudio Abbado, Sir Colin Davis, Charles Dutoit, James Levine, Zubin Mehta, Seiji Ozawa and Sir Georg Solti.
She has appeared at venues both vast and specialised including Glyndebourne, Tanglewood, Ravinia, the arena at Verona, the Hollywood Bowl, the festivals of Aix-en-Provence and Salzburg, and the desert outback of Australia.

Outside the operatic field, her recordings are equally extensive and include:  Mozart concert arias; the Strauss Four Last Songs; and the notably successful Songs of the Auvergne (top of the best-seller charts in Britain); Berlioz’s Nuits d’été; Brahms’ German Requiem; Handel’s Messiah, and the Beethoven 9th and Mahler 4th Symphonies.

With versatility and poise, she joined Nelson Riddle for Blue Skies, an album of American popular songs; followed by albums of Gershwin, Porter and Kern songs and three classics of the light music stage:  My Fair Lady, South Pacific, and Bernstein’s only recording of West Side Story. Dame Kiri released the album Maori Songs in 2000, a tribute to her background and homeland and in 2006 released an exciting album in collaboration with composer Karl Jenkins, entitled Kiri Sings Karl.

As well as being heard, she can also be seen on videos of Don Giovanni (dir: Joseph Losey), Le Nozze di Figaro (dir. Ponelle), Tosca (Paris Opera), Der Rosenkavalier, Die Fledermaus and Manon Lescaut (from Covent Garden), and Otello (from Covent Garden, and live from Verona), Capriccio (from San Francisco Opera) and a concert performance of My Fair Lady from the Royal Albert Hall, London.

Kiri Te Kanawa was born in New Zealand, and carries the exotic blood of native Maori aristocracy.  By the time she was twenty she had won the major vocal prizes available in the South Pacific, and had also started her recording career – unusual for a prima donna in any era.  After moving to London and studying at the London Opera Centre, she was engaged to sing a Flower Maiden at Covent Garden.  Sir Colin Davis’ attention was caught, and the young Kiri Te Kanawa was marked for Mozart’s Countess, after first appearing as Carmen in Britain and New Zealand.

Since that memorable Figaro, she has mastered a large repertoire from the classics of opera to the art songs of French, German and British composers, and a great treasury of contemporary popular music.
Created a Dame Commander of the British Empire in 1982, Kiri Te Kanawa has been conferred with honorary degrees from the Universities in Cambridge, Oxford, Dundee, Durham, Nottingham, Sunderland, Warwick, Auckland, Waikato and Chicago.  She is also an honorary fellow of Somerville College, Oxford, and Wolfson College, Cambridge, and was invested with the Order of Australia in 1990.  In the 1995 Queen’s Birthday Honours List, she was awarded the prestigious Order of New Zealand.  Kiri is an Honorary Member of the Royal Academy of Music.

As a soloist at the wedding of HRH Prince Charles in St Paul’s Cathedral, she faced one of the largest direct telecast audience of any singer in history (estimated to be over 600 million people). Continuing her link to the Royal Family, 2002 saw Kiri Te Kanawa performing at the Gala concert at Buckingham Palace, in celebration of the Queen’s Jubilee and in March 2006 Dame Kiri sang a tribute to the Queen at the Opening Ceremony of the 18th Commonwealth Games in Melbourne
A Gala Concert was given in February 2004 in Auckland, to launch The Kiri Te Kanawa Foundation, a charity which aims to give support and financial aid to dedicated New Zealand singers and musicians. Dame Kiri continues to devote her experience and expertise to organising and appearing at further concerts and Galas to raise funds for this Foundation and the UK based Friends of the Kiri Te Kanawa Foundation.  She has also become the Founding Artistic Director of the Solti Te Kanawa Accadamia di Bel Canto, a summer course based in Italy, training the next generation of opera singers.  Recently launched in the UK by the BBC, Dame Kiri is actively involved in The Kiri Prize, a search for young opera talent of the future through a series of auditions, masterclasses and broadcasts, as well as receiving a Lifetime Achievement Award at the 2010 Classical “Brits”.

“For Dame Kiri, the beauty is the voice itself.”