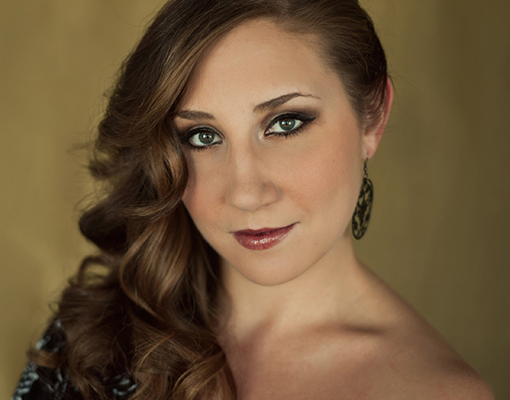 A 2019 Richard Tucker Foundation career grant recipient, American soprano Laura Wilde has been praised by Opera News as having “a ravishingly beautiful sound, [and] a fine sense of style and character.” In the 2022/23 season, Laura Wilde will return to the Metropolitan Opera to sing Ellen Orford in Peter Grimes, debut the role of Floria Tosca at Arizona Opera and Opera Theatre of St. Louis, and cover The Marschallin in Der Rosenkavalier at the Metropolitan Opera.

Highlights of recent seasons include the title role in Janáček’s Jenůfa with the Santa Fe Opera and English National Opera, Fiordiligi in Così fan tutte and Agathe at Staatstheater Stuttgart, the title role of Káťa Kabanová with the Teatro dell’Opera di Roma and Scottish Opera, Washington National Opera as Fiordiligi in Così fan tutte, Donna Elvira in Don Giovanni in a film produced by Seattle Opera, the Opéra national de Paris as the Fifth Maid in Elektra, Freia, Ortlinde and the cover of Sieglinde in Das Rheingold and Die Walküre, respectively, part of David Pountney’s new Ring Cycle conducted by Sir Andrew Davis at Lyric Opera of Chicago, Ortlinde for Act III of Die Walküre with Gustavo Dudamel at the Los Angeles Philharmonic, Gretel with Sir Andrew Davis at the Edinburgh Festival and Melbourne Symphony, The Dallas Opera as Laura in Korngold’s Der Ring des Polykrates, Micaëla in Carmen with Nashville Opera, Opera Theatre of Saint Louis as Vitellia in La Clemenza di Tito, Jane Withersteen in the world premiere of Craig Bohmler’s Riders of the Purple Sage and Mamah Cheney in the world premiere of Daron Hagen’s Shining Brow, both at Arizona Opera, Donna Anna in Don Giovanni with the Berkshire Opera Festival, as well as Freia, and the Foreign Princess in Rusalka with Des Moines Metro Opera. Finally, as a cover, she learned Eva in Die Meistersinger with the Metropolitan Opera.

In concert, Ms. Wilde has shared the stage with mezzo-soprano Stephanie Blythe and baritone Quinn Kelsey in the inaugural season of Beyond the Aria recital series at Chicago’s Harris Theater, accompanied by Craig Terry. She has presented solo recitals at the Marcus Center in Milwaukee, her hometown of Watertown, South Dakota and at South Dakota State University, all with Craig Terry, performed Beethoven’s Symphony No. 9 with the Charlotte Symphony and Strauss’ Vier letzte Lieder with the Elgin Symphony in Illinois.

As a member of the Patrick G. and Shirley W. Ryan Opera Center at the Lyric Opera of Chicago, Ms. Wilde covered Renée Fleming in Capriccio and the role of Marta in The Passenger, performed Marianne Leitmetzerin in Der Rosenkavalier and covered Marschallin. She also covered the Countess in Le Nozze di Figaro, Hanna in The Merry Widow and sang the role of Anna in Nabucco. Additionally, she covered the roles of Foreign Princess in Rusalka, and Vitellia in La clemenza di Tito.

Originally from Watertown, South Dakota, Wilde’s love of music began with the trumpet. While attending the prestigious Interlochen Arts Camp as a trumpet player, she discovered her classical voice and was encouraged to pursue that musical avenue as well. She attended St. Olaf College for her undergraduate degree, focusing first on trumpet performance. Singing, however, became her true musical passion, and she graduated with a Bachelor of Music in Vocal Performance. Ms. Wilde earned her Master of Music degree from Indiana University, where she studied with Costanza Cuccaro. She is a winner of a 2018 Mabel Dorn Reeder Foundation Award from Opera Theatre of Saint Louis, 2017 Sullivan Grant award winner, 2016 Sara Tucker Study Grant from the Richard Tucker Foundation, the 2016 Luminarts Women’s Voice Fellowship, the 2015 Jerome and Elaine Nerenberg Award, and the 2015 Musicians Club of Women Eleanor Pearce Sherwin Award from the American Opera Society of Chicago. She currently resides in Chicago.

“Young Laura Wilde makes a heartrending transition from a spirited, pretty girl in Marian blue to drugged, pale and facially disfigured young mother and on, in Act Three, to a wise woman who’s learnt too much too soon about the disappointments and horrors of life. Throughout, her delivery and body language are truthful, her upper register flawlessly radiant.”

“Of the first-year apprentices, I was most taken with Laura Wilde, an Indiana University alumna who has sung supporting roles in Santa Fe, N.M., and St. Louis. She brought unforced charm and a peaches-and-creamy lyric soprano to the Jewel Song from Gounod’s “Faust.” The sound opened out to a full, steady top, and she has fine stage presence too. Wilde is definitely one to watch.”

“The cast is never less than superb. Laura Wilde excelled as Jenůfa, capturing all the wistful beauty of the young, naïve country girl in the first act in a way that was deeply poignant. Her tone is bright and warm, lit by an upper register that is clear and glorious; her second act prayer succeeded in being both incredibly beautiful and intensely sad. She sang with nuance, and transitioned credibly from youthful optimism into the more knowing woman in the second act who is physically scarred and loses both her lover and her child. The change was heartrending to watch, as it ought to be.”

“In the title role [of Jenufa], American soprano Laura Wilde was a revelation. Making her European debut, Wilde sang with a radiant, richly textured soprano and displayed considerable acting skills. “

“…Ms. Wilde sang Marguerite’s aria, “Oh Dieu! Que de bijoux!,” [“O God! What jewels!”] from Gounod’s Faust; Wilde was careful in observing textual import, so that her decorations on the “princesse,” whom she fantasized at becoming, were especially well chosen. Her final notes showed an emotional outburst that spoke more of the character’s naïveté than of her entrancement with the jewels produced by Mephistopheles.”

“Above all, Laura Wilde, making her London debut as Jenufa, was stunning. A young, emerging American singer, this was a perfect showcase for her beautiful, flexible voice and also her strong acting abilities. She drew us into Jenufa’s world; convinced us of her obsessive love for Steva and her forgiveness of the Kostelnicka; and finally she and Peter Hoare convincingly portrayed the redemptive and musically powerful ending.”

“The cast is never less than superb. Laura Wilde excelled as Jenůfa, capturing all the wistful beauty of the young, naïve country girl in the first act in a way that was deeply poignant. Her tone is bright and warm, lit by an upper register that is clear and glorious; her second act prayer succeeded in being both incredibly beautiful and intensely sad. She sang with nuance, and transitioned credibly from youthful optimism into the more knowing woman in the second act who is physically scarred and loses both her lover and her child. The change was heartrending to watch, as it ought to be.” 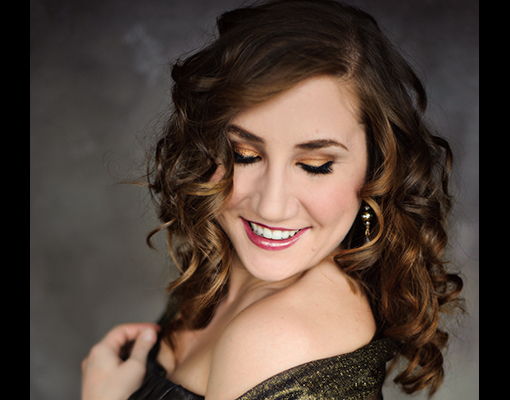 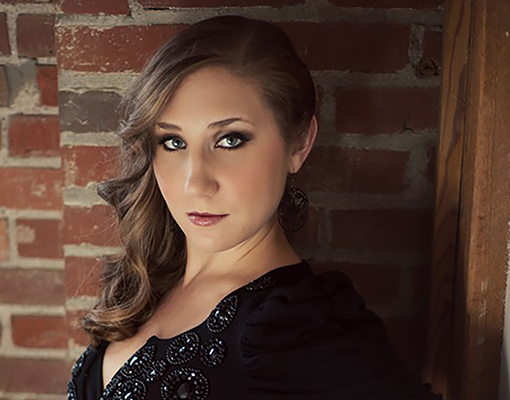 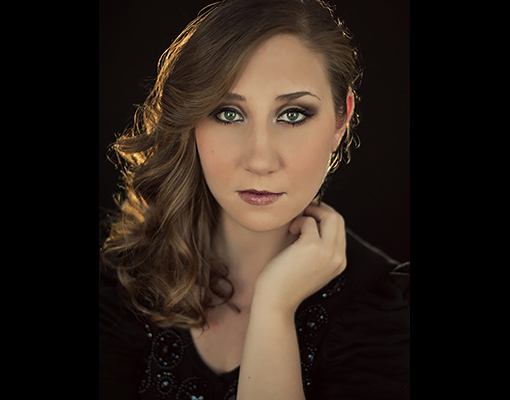