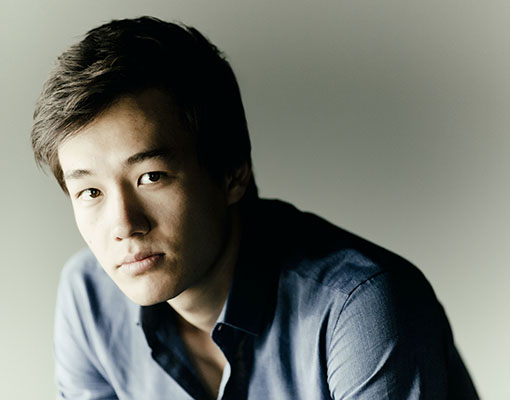 Louis Schwizgebel has been described as “a genuine virtuoso, a spirited young genius with real depth” (Fono Forum) and an “insightful musician” (New York Times). He is praised repeatedly for his poise, elegance, imagination, expressive lyricism and crystalline articulation. He performs regularly in recital and with the finest orchestras across the globe and has received critical acclaim for his recordings.

Schwizgebel’s 2021/22 season include debuts with the Oslo Philharmonic (Gershwin Piano Concerto under Vassily Petrenko), Orchestre National de Metz (Saint-Saens Nr 2 under David Reiland) and Royal Northern Sinfonia in Europe, with Richmond Symphony and Sacramento Philharmonic in the US and with Singapore Symphony in Asia. He will return to the Royal Scottish National Symphony, Bournemouth Symphony, BBC Concert Orchestra (performing their 2022 New Years Concert), Utah Symphony and perform Beethoven Piano Concerto Nr 5 at the closing concert of Septembre Musical de Montreux-Vevey together with the Lucerne Symphony under the baton of Michael Sanderling.

Schwizgebel performs frequently in his native Switzerland; he has played in the major festivals such as Verbier, Lucerne and Gstaad and Meisterinterpreten series at Zurich Tonhalle. In 2014 he made his BBC Proms debut with an electrifying televised performance of Prokofiev Piano Concerto No. 1 and in 2018 at the Festival de Radio France in a televised performance of Gershwin Rhapsody in Blue.

Schwizgebel records for Aparté and his latest recording of Schubert Sonatas D845 and D958 was described as an “album of extraordinary precision” by Le Figaro. Previous releases include Saint-Saens Piano Concertos Nos. 2 and 5 with the BBC Symphony Orchestra, described as “gorgeously singing and wonderfully delicate” by BBC Music Magazine and Beethoven Piano Concertos Nos. 1 and 2 with the London Philharmonic Orchestra hailed as a “beautifully nuanced account” by Gramophone.

Schwizgebel was born in 1987 in Geneva. He studied with Brigitte Meyer in Lausanne and Pascal Devoyon in Berlin, and then later at the Juilliard School with Emanuel Ax and Robert McDonald, and at London’s Royal Academy of Music with Pascal Nemirovski. At the age of seventeen he won the Geneva International Music Competition and, two years later, the Young Concert Artists International Auditions in New York. In 2012 he won second prize at the Leeds International Piano Competition and in 2013 he became a BBC New Generation Artist.

“This concerto allowed him to display all his refined technical skills with absolute assurance; hands were impeccably balanced, right-hand melodies projected with a cantabile tone, scale passages absolutely even, and staccatos crisp. Trills were measured and precise, chords voiced to perfection.”

“with Louis Schwizgebel a clean-fingered and hugely stylish soloist, it was wholly successful”

“Schwizgebel brought a big, bright sound and an unrelenting musical energy to the piece’s striding first movement, making bold, driving musical statements … Schwizgebel turned inward for a completely involving, warm, soulful interpretation of the melodic second movement, built of small, intimate musical gestures and delicate colours of sound. The third movement, which continues from the second without a pause, didn’t so much begin as it launched, beginning with an explosion of sound and energy, unfolding in a delightfully exuberant performance.”
Journal Sentinel, January 2018

“Again this was a superbly nuanced performance, and the delivery of the fiendishly difficult solo part by Louis Schwizgebel had all the brilliance one could wish. The fact that he didn’t use a score (in a work which he is surely not likely to play all that often) also helped communication, and made the difficulties seem negligible.”
Seen and Heard, April 2017

“There was plenty of character and wit in his sparkling interpretation especially in the allegro’s jazz-like cadenza and the rondo’s dance-like rhythms. Schwizbegel is an engaging performer.”
Scotsman, February 2017

“A Schubert album of extraordinary precision”

“He scores again with an approach that lives from its surprise”
Journal Frankfurt, December 2016

“By tackling Franz Schubert in his most recent album, the young Swiss pianist plumbs the depths of the romantic soul, taking a path of nostalgia, vehemence and introspection.”
Radio Classique, October 2016

“Ravel’s Piano Concerto in G major was a thrilling highlight of the evening, Louis Schwizgebel impressively capturing both the sublime melancholy of the second movement and the joviality of the first and third.”
The Latest Magazine, November 2015

“Schwizgebel was most impressive: slight of build but astonishingly powerful, he highlighted the dark drama of Ravel’s sonorities, yet it was the expressivity of the slow poetic lines that were most potent”
Rian Evans, Guardian, September 2014 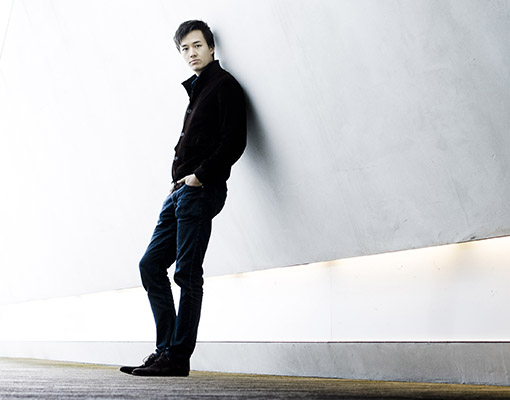 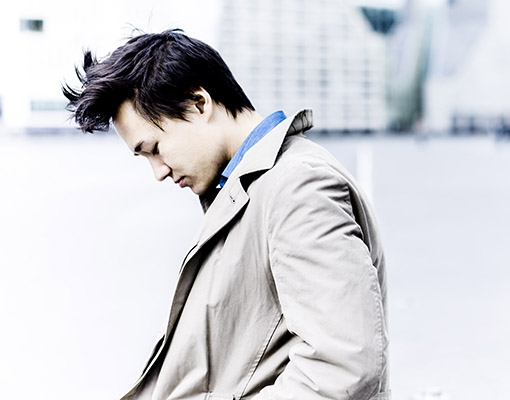 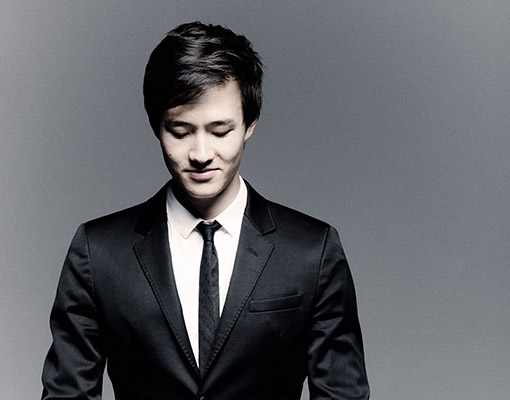 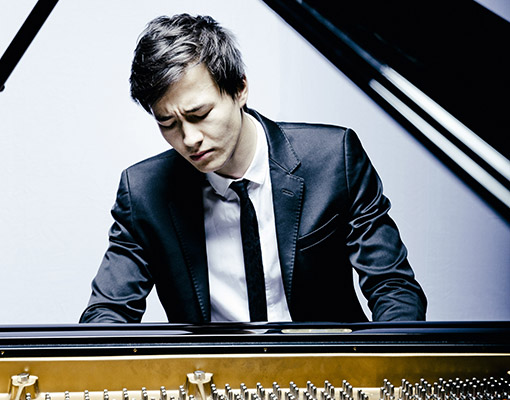 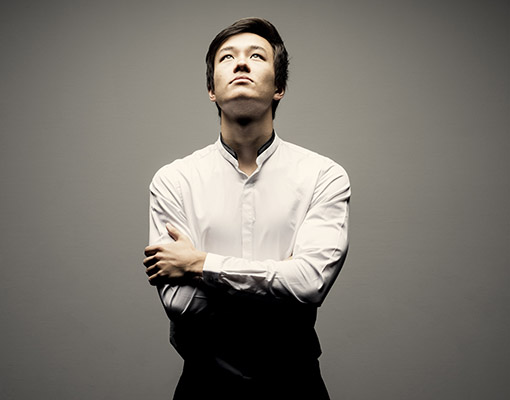 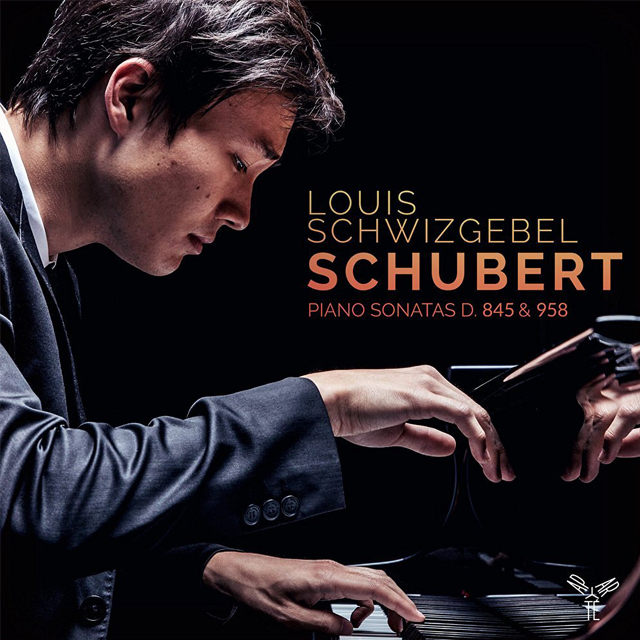 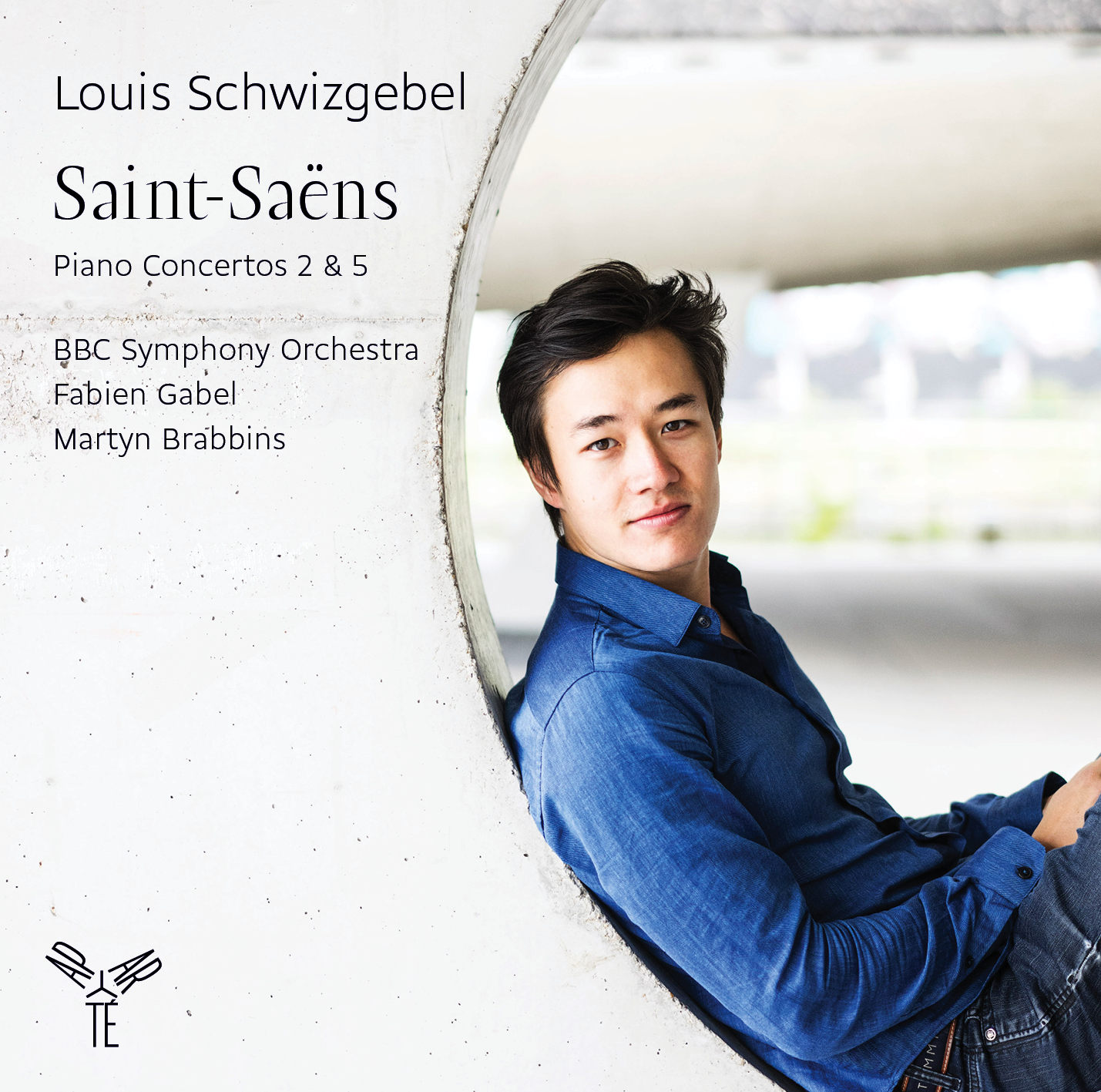 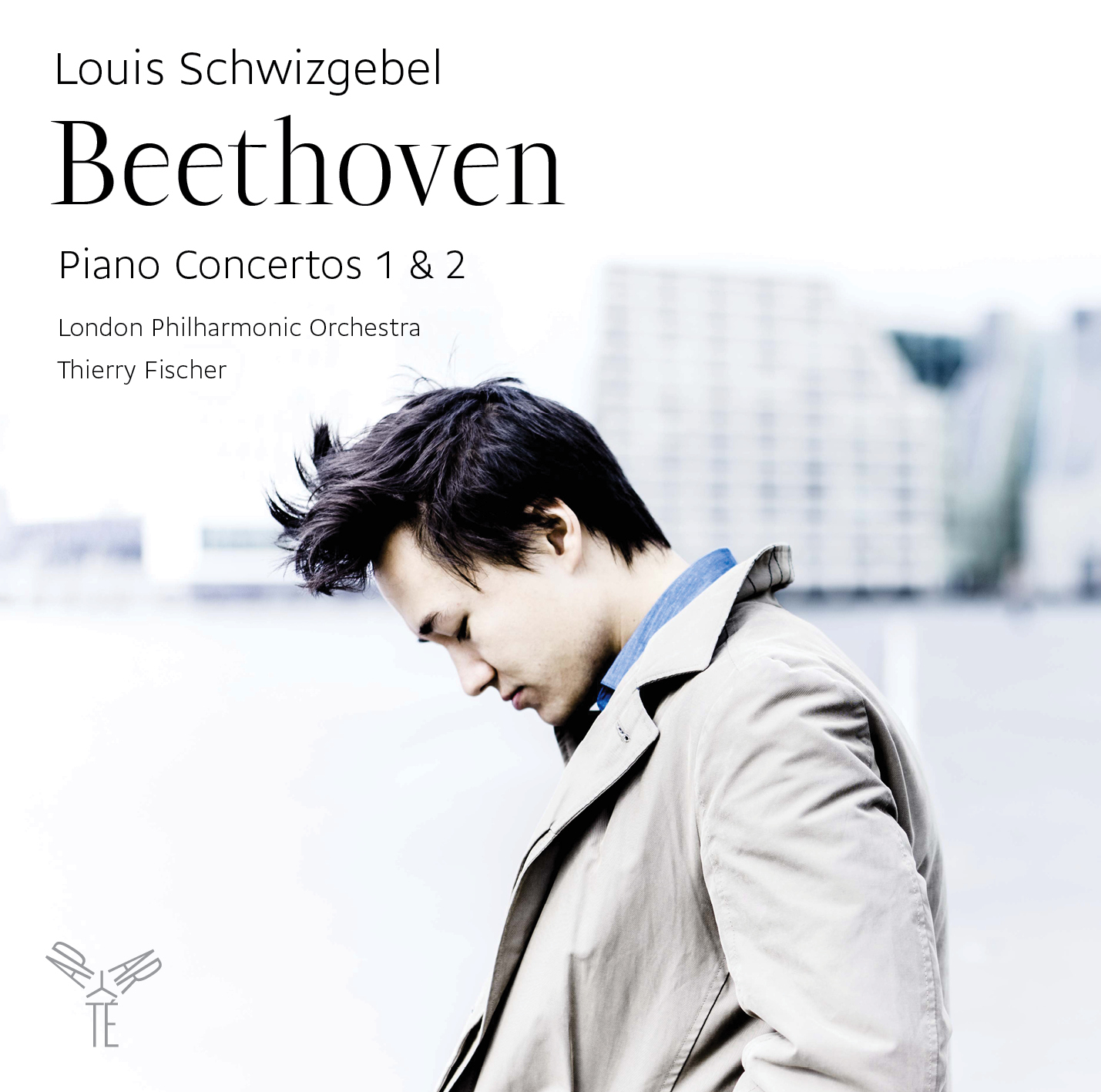 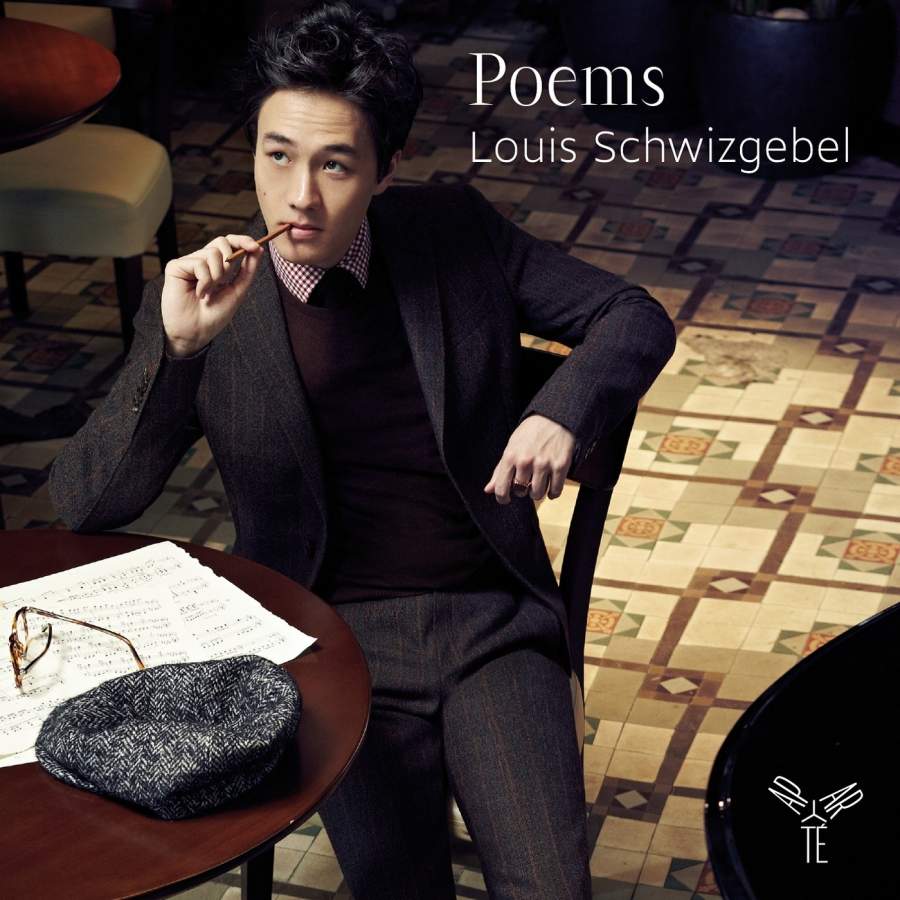