Winner of the 2014 Operalia Competition, Guatemalan tenor Mario Chang has been praised as a “born bel canto tenor” by Anthony Tommasini in the New York Times. In the 2019-2020 season, he sings Duca in Rigoletto in his debut at the Norwegian National Opera, conducted by Keri-Lynn Wilson and returns to the role of Rodolfo in La Boheme at Arizona Opera, under the baton of Christopher Allen and directed by David Paul. On the concert stage, Mr Chang sings Beethoven’s Symphony No. 9 with Los Angeles Philharmonic, under the baton of Gustavo Dudamel, and debuts Rossini’s Petite Misse Solennelle at Washington National Cathedral.

In the 2018-2019 season, Mr. Chang sang Alfredo in La Traviata, marking his debuts with both Washington National Opera and Atlanta Opera. He performed the same role in a return to Oper Frankfurt and returned to Santa Fe Opera to reprise the role of Rodolfo in a new production of La Bohème.

Operatic highlights from Mr. Chang’s previous seasons include a return to Los Angeles Opera as Ismaele in Nabucco opposite Plácido Domingo, and to the roles of Arturo in Lucia di Lammermoor, and Nemorino in L’Elisir d’Amore at the Metropolitan Opera. Chang also sang Nemorino with the Met and Juilliard scene program conducted by James Levine. With Oper Frankfurt, he sang Lenski in Yevgeny Onegin, Duke of Mantua in Rigoletto, the title roles in Werther and Roberto Devereux, and Rodolfo in La bohème. Mr. Chang sang the Italian Tenor in Der Rosenkavalier at the Met under the baton of Edward Gardner, and with the National Symphony Orchestra under the baton of Christoph Eschenbach, opposite Renée Fleming. On the concert stage, Mr. Chang made his Hollywood Bowl debut as Cassio in Otello with the Los Angeles Philharmonic, conducted by Gustavo Dudamel.

Notable debuts from Mr. Chang’s previous seasons include his Los Angeles Opera debut as Rodolfo in La Bohème conducted by Dudamel, his Metropolitan Opera debut as the Forth Squire in a new production of Parsifal, his Santa Fe Opera debut as Edgardo in Lucia di Lammermoor conducted by Corrado Rovaris and his North Carolina Opera and role debut as Alfredo in La Traviata.

Previous concert engagements include Mozart’s Requiem with Orquesta Sinfónica Nacional de Guatemala and Beethoven’s Symphony No. 9 with Orquesta Sinfónica Centroamericana in Nicaragua. Other highlights include a concert in Puerto Rico honoring Giuseppe Verdi with Teatro de la Opera, his participation in the Opera Studio at L’Accademia di Santa Cecilia di Roma in Italy with Renata Scotto, his Carnegie Hall debut singing in a concert with the Musical Olympus Foundation, and his debut with the Orchestre Symphonique de Bretagne in Rennes, France. He was a guest soloist with the Saint Petersburg State Capella Symphony Orchestra at Festival Musical Olympus in Russia, and later returned to Carnegie Hall to appear in recital as part of the Marilyn Horne Song Foundation.

Mr. Chang was a member of the Lindemann Young Artist Development Program at The Metropolitan Opera and the Advanced Diploma in Opera Studies program at the Juilliard School. Mr. Chang and his wife, soprano Maria José Morales, co-founded Querido Arte: Compañía de Ópera de Guatemala – a young, fresh opera company whose goal is to make Guatemala a benchmark for opera in Latin America and throughout the world. Since the company was established, Ópera de Guatemala has produced fully-staged productions of Rigoletto, La bohème and L’Elisir d’Amore. 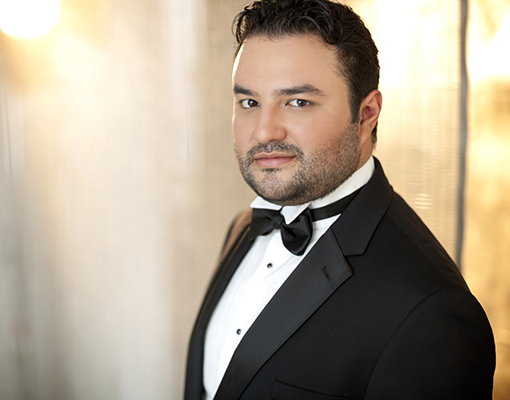 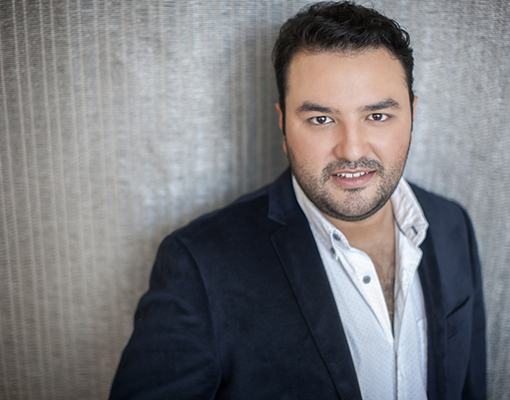