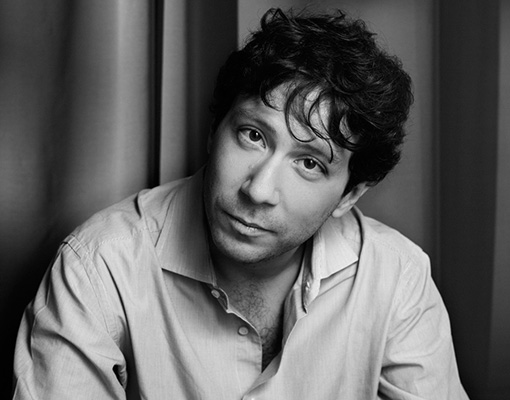 Rapidly establishing himself as one of the most eclectic interpreters of recent years, Michele Gamba made his debut at the London Royal Opera House conducting Mozart Bastien und Bastienne and a staged version of Berios’s Folk Songs at Linbury Theatre.
In 2015, Michele also appeared at the Berlin State Opera for a new production of Le nozze di Figaro directed by Jürgen Flimm, gaining great success from the audience and critic alike.

After being Jette Parker Associate Conductor to Antonio Pappano at London ROH Covent Garden and Assistant Conductor to Daniel Barenboim at the Berlin Staatsoper, Michele made his highly acclaimed debut at the Teatro alla Scala in 2016, stepping in “with 18 minutes notice” to conduct I due Foscari. “Michele was an instant hit (Bachtrack)” and this debut marked his rise to the international scene.

Since then, he has developed a strong collaboration with the famous opera house and orchestra, which led him to conduct seven productions in the past few years, including the world premiere Madina by Fabio Vacchi, the Opening Gala A riveder le stelle in 2020, L’elisir d’amore, Le nozze di Figaro, an all-Schumann recital with baritone Markus Werba and the highly acclaimed new production of Rigoletto staged by renowned director Mario Martone.

Michele is a regular guest at some of the major Opera Houses and Orchestras such as the Dresden Semperoper – where he recently lead Die Zauberflöte for the production which marked the reopening of the theatre after the pandemic, Maggio Musicale Fiorentino (Linda di Chamounix), Hamburg State Opera (Le nozze di Figaro), Stuttgart (La bohème and Sonnambula), Strasbourg Opera (Il barbiere di Siviglia), Toulouse Capitole (Macbeth), Tel Aviv Opera (Idomeneo and a new production of Le Nozze di Figaro directed by David Pountney), Rome Opera and Berlin Deutsche Oper (both Rigoletto).

Devoted to contemporary music, he premiered a wide variety of new commissions by composers such as Francesconi, Saunders, Vacchi, Reich, Adès which he regularly includes in his symphonic programmes, pairing great authors from nowadays to classics of the XX century like Berg, Mahler, Shostakovic, Britten.

“Performing at the piano remains a true need and virtue” for Michele, indeed he keeps collaborating with many chamber-music partners at Munich Gasteig, London Wigmore Hall, Berlin Philharmonie and at La Scala.

Upcoming engagements include Michele’s debut at The Met in New York conducting L’elisir d’amore, the Washington National Opera for Il trovatore, the Teatro Regio di Torino for Aida, the Savonlinna Festival for Il Barbiere di Siviglia a much-awaited return to La Scala, as a pianist this time, with baritone Markus Werba for Schubert Winterreise.

Michele Gamba was born in Milan where he completed his musical studies at Conservatorio “G.Verdi” and read Philosophy at Milan State University, with a dissertation on Hannah Arendt and her essay The human condition. He subsequently attended piano masterclsses with Maria Tipo at the Scuola di Musica di Fiesole, studied chamber music at the Royal Academy in London and orchestral conducting at Accademia Chigiana di Siena and Wien Musikhochschule.

“…his conducting hardly sounded overstretched. Skittering orchestral passages were brilliant and crisp, limpid bel canto lines elegantly shaped, and all was weaved into a lively, spacious whole… Gamba’s communicative podium manner feels fresh. ‘When you enter an authentic dialogue, it keeps it unpredictable and every performance is different’, he (Gamba) says.”

“Happy was the representation from a musical point of view.
On the podium, the thirty-six-year-old Michele Gamba … a sensitive and well-prepared musician, Gamba was able to create the contrast between a generally tight, almost inescapable rhythm and moments of lyrical suspension (including the famous furtiva lagrima, slower than usual but full of ‘inspiration).
The Milanese musician has, as they say, a “happy arm” – as is evident from the excellent concertation – and knows how to give pathos to musical discourse with a continuity that is not always found in more expert mallets. “ 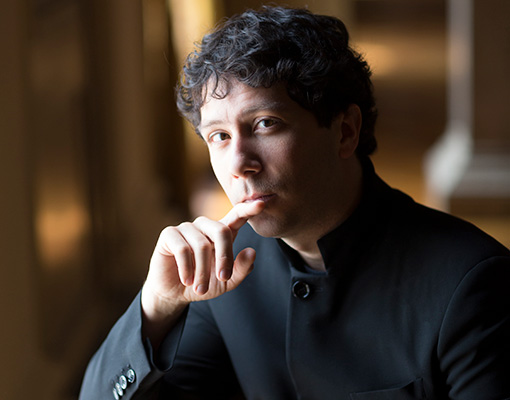 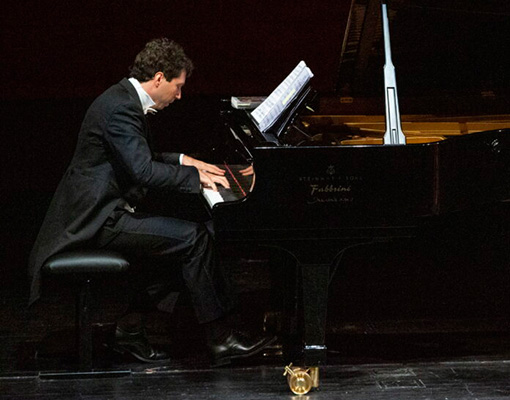 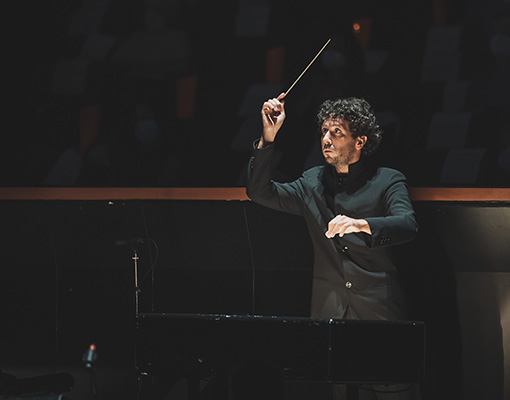 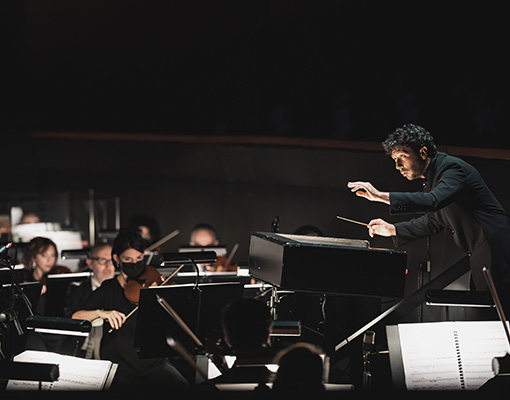