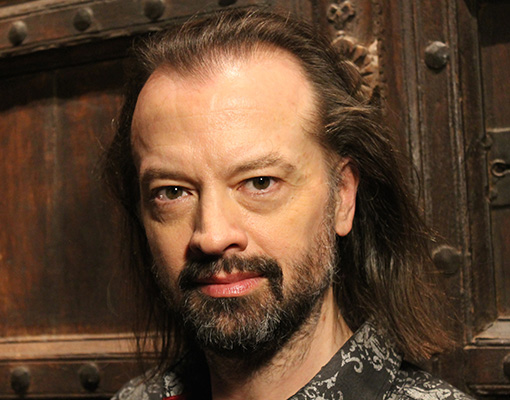 A “tall, majestic bass” with “impeccable technique” and “a palpable presence on stage,” Canadian bass-baritone Nathan Berg has enjoyed a career spannning a vast range of repertoire on the concert and operatic stage. He has recently earned worldwide acclaim for his portrayals of the title role in Der fliegende Holländer in his Bolshoi Theatre debut, Alberich in Das Rheingold with the Seoul Philharmonic Orchestra and Minnesota Opera, Doktor in Wozzeck with the BBC Scottish Symphony Orchestra and the Houston Symphony, for which he won a Grammy Award, and his company debut at Teatro alla Scala in Robert Carsen’s world-premiere production of Battistelli’s CO2.

In the 2021-2022 season, Mr. Berg makes his Metropolitan Opera stage debut as The Father in the New York premiere of Matthew Aucoin’s Eurydice, conducted by Yannick Nézet-Séguin, returns to Theater Basel as Philippe in Don Carlos, and debuts the role of Kurwenal in Tristan und Isolde with the Taiwan Philharmonic. He will also lead a residency with Opera Lafayette in Taos, New Mexico, culminating in peformances of Grétry’s rarely-performed Silvain in both New York and Washington, DC.

Cancellations due to the Covid-19 pandemic include the title role in Der fliegende Holländer with Tampere Opera in Tampere, Finland, Nekrotzar in Ligeti’s Le Grand Macabre with The National Theater of Prague, Alberich in Das Rheingold with Atlanta Opera, Jochanaan in Salome with both Hawaii Opera Theatre and Bard College, and the covers of Don Pizarro in Fidelio and Vodnik in Rusalka with the Metropolitan Opera. In concert, Mr. Berg was to perform Beethoven’s Symphony No. 9 with Filharmonia Narodowa in Warsaw, Poland, the Naples Philharmonic in Naples, Florida, and the Greensboro Symphony Orchestra, as well as Mendelssohn’s Elijah with the Grant Park Music Festival.

In the 2020-2021 season, Mr. Berg made a highly acclaimed debut with Theater Basel in the title role of Messiaen’s Saint François d’Assise. The previous season, he made his role and house debut as Jochanaan in Salome with Atlanta Opera, and returned to the roster of the Metropolitan Opera in Manon and Turandot. On the concert stage, he joined the Toronto Symphony Orchestra as Palemon in Thaïs, the Rotterdam Philharmonic on a European tour as Der Einarmige in Die Frau ohne Schatten, led by Yannick Nézet-Séguin, and the Helsinki Philharmonic Orchestra in Berlioz’s Lélio.

Highlights of recent seasons include reprising the title role in Der fliegende Holländer at the Cincinatti Opera Festival, his debut as Wotan in Das Rheingold at the Badisches Staatstheatre in Karlsruhe, Germany, Alberich in Das Rheingold with Opéra de Montréal, and Alberich in Siegfried with the National Performing Arts Center in Taipei, Taiwan. Mr. Berg also debuted at the Salzburger Festspiele and Whitsun Festival, singing The King of Scotland in Christof Loy’s production of Ariodante opposite Cecilia Bartoli in the title role, and Douglas d’Angus in La donna del lago, again opposite Cecilia Bartoli. In concert, he has performed Delius’ A Mass of Life at the Grant Park Music Festival, Elgar’s The Dream of Gerontius with both the Melbourne Symphony Orchestra, conducted by Sir Andrew Davis, and the Vancouver Symphony, conducted by Bramwell Tovey, and Beethoven’s Missa Solemnis with the Finnish National Radio Orchestra, conducted by Hannu Lintu.

Other career highlights include appearances as Bluebeard in Mariusz Treliński’s new production of Bluebeard’s Castle at Teatr Wielki, Vodnik in Rusalka at Beijing’s National Centre for the Performing Arts, and a return to the Netherlands Radio Philharmonic Orchestra as Doktor in Wozzeck under Markus Stenz. Mr. Berg has also sung with Semperoper Dresden as Zoroastro in Andreas Kriegenburg’s production of Orlando, the Symphonieorchester des Bayerischen Rundfunks for L’enfant et les sortilèges under Esa-Pekka Salonen, the Wratislavia Cantans International Festival for Mahler’s Symphony No. 8 under Jacek Kaspszyk, the BBC Scottish Symphony for Beethoven’s Missa Solemnis under Donald Runnicles, the Frankfurt Radio Symphony Orchestra for Beethoven’s Symphony No. 9 under Andrés Orozco-Estrada, and the Orquesta Sinfónica del Principado de Asturias for The Dream of Gerontius under Rossen Milanov. In North America, he has performed Beethoven’s Symphony No. 9 with the San Diego Symphony, Saskatoon Symphony Orchestra, and Grand Teton Music Festival, the latter conducted by Donald Runnicles, as well as Mozart’s Requiem with the Rhode Island Philharmonic Orchestra under Bramwell Tovey.

As a Grammy, Juno, and Echo Award-winning recording artist, Mr. Berg has performed on over 30 recordings of works ranging from the 17th to 20th centuries with both period and modern orchestras. Early in his career, alongside building a solid reputation in major Mozart roles, Mr. Berg established his name as an outstanding interpreter of baroque and pre-classical music in both concert repertoire and opera. Notable among his many early recordings with Les Arts Florissants are Mozart’s Requiem and Handel’s Messiah, as well as video recordings of Rameau’s Les Indes Galantes (Opéra de Paris) and Lully’s Armide (Théâtre des Champs-Elysées). Other noteworthy early recordings are Dvořák’s Stabat Mater with Robert Shaw and the Atlanta Symphony Orchestra, Peter Hall’s Glyndebourne Festival production of Rossini’s La Cenerentola, and several lieder recordings, including an album with pianist Julius Drake featuring the songs of Othmar Schoeck. Recent releases include Wozzeck (Doktor) with the Houston Symphony conducted by Hans Graf, Dvořák’s Requiem with the Royal Flemish Philharmonic conducted by Philippe Herreweghe, Beethoven’s Symphony No. 9 with the San Francisco Symphony conducted by Michael Tilson Thomas, and Les Indes Galantes conducted by Christophe Rousset with Théâtre du Capitole in Toulouse. Soon to be released are Rusalka (Vodnik) on DVD and La Donna del Lago (Douglas) on CD.

Born in Saskatchewan, Nathan Berg studied in Canada, the United States, and Paris, as well as at the Guildhall School of Music, London, where he won the prestigious Gold Medal for Singers.

“What would this opera be without the sly Alberich? Berg’s performance recalls the almost unparalleled power and vitality of baritone Dietrich Fischer Dieskau, probably the most prominent opera artist of his generation. This comparison is not extravagant: Berg’s interpretation is marked by a pronunciation and a tonic repertoire able to give his presence on stage a shady pedigree. If the ring exerts its charm on its wearer, the performances of Nathan Berg (Alberich) and Roger Honeywell (Loge) were the lyrical gifts of a completely different charm. “

“… a very remarkable level on the part of Nathan Berg (Alberich), the winner of the evening”

“Wearing an eye patch and red leather cape Nathan Berg cut a dashing, pirate-like figure in the title role. His firm, dark, powerful baritone was ideal for conveying the bitterness of the Dutchman, and an ominous undercurrent was evident from his first narrative, ‘Die Frist ist um’ (the term is up). His tormented tone changed little, even in the Act II love duet with Senta, the woman who offers him the possibility of undying love.”

A far more natural approach. . . works especially well for Nathan Berg’s Alberich. As the dwarf who drives the story with his lust, greed and spite, Berg is complex, believable and of magnificent voice. So passionate is his portrayal that the usually scene-stealing Greer Grimsley is left to look on and exude nobility as his rival for the gold, the god Wotan.”

“Nathan Berg makes a star turn, from beginning to end, as a grumpy and grizzled Alberich”

“Staufenbiel’s cast is strong. As he usually does, Greer Grimsley dominated the stage as Wotan, king of the gods. With his powerful baritone, Grimsley vividly charted the character’s obsessive but increasingly uncertain lust for power. The same could be said for Nathan Berg’s Alberich, the tortured troll who trades love for world domination and whose final curse was the evening’s most compelling moment.”
Michael Anthony, StarTribune Nov 13th 2016

“Nathan Berg sang the role of Alberich powerfully. . . Berg conveyed perfectly the dual nature of Alberich’s swagger and desperation. The scene in which he makes his curse on the ring was spine-tingling”
Phillip Jones, Bachtrack – Nov 20th 2016

“It has to be said that theatrically Nathan Berg’s Huascar had a terrifying brutality, and his voice is immense. . . his incarnation is quasi-cinematic. The voice is large and the vocal production solidly in place.”

“A far more natural approach. . . works especially well for Nathan Berg’s Alberich. As the dwarf who drives the story with his lust, greed and spite, Berg is complex, believable and of magnificent voice. So passionate is his portrayal that the usually scene-stealing Greer Grimsley is left to look on and exude nobility as his rival for the gold, the god Wotan.”

“Nathan Berg makes a star turn, from beginning to end, as a grumpy and grizzled Alberich”

“It has to be said that theatrically Nathan Berg’s Huascar had a terrifying brutality, and his voice is immense. . . his incarnation is quasi-cinematic. The voice is large and the vocal production solidly in place.”

“. . . this tall majestic bass is a brilliant actor and a palpable presence on stage””

“. . . bass baritone Nathan Berg was superb as the desperate and furious Sam.”

“We happily find once again the Huascar of Nathan Berg, an extra-ordinary actor, who transfigures his character, plying his resonant voice at the direction of Laura Scozzi, the hymns to the sun become compliments to Phani.”

“The most eloquent music is heard in the final movement, ‘The Mournful Iron Bells’. . . Baritone Nathan Berg looked and sounded the part and his singing had excellent presence and intensity.”

“Nathan Berg, bass-baritone, sang the role of Elijah. He has an enormous voice and his diction was absolutely consistent and superb … Meg Bragle was the mezzo-soprano Friday evening … she and Nathan Berg shared one outstanding characteristic: both of them have the ability to change the quality of their voice to emphasize the drama and the emotion of the particular verse they are singing. Both of them had seemingly infinite control over dynamics.” 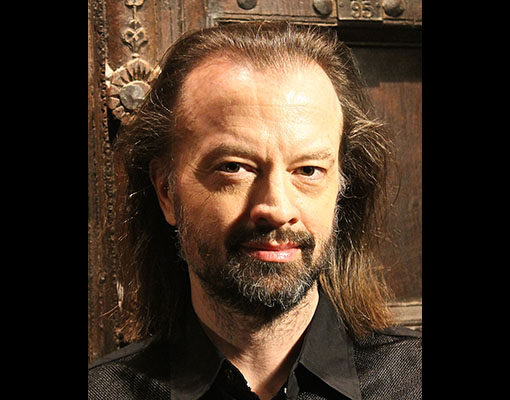 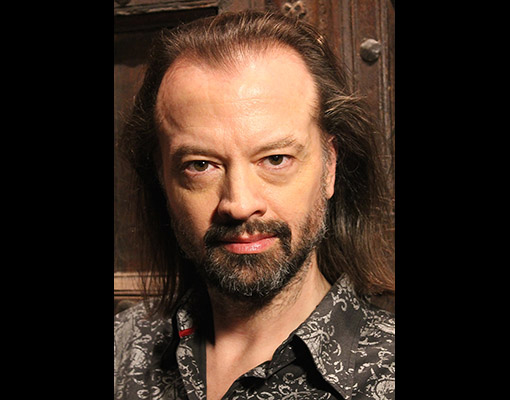