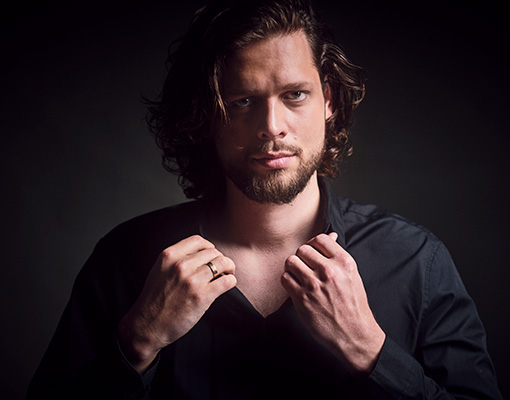 ​Danish bass Nicolai Elsberg’s rich sonorous voice has already caught the attention of contemporary composers Karsten Fundal and Rasmus Zwicki, who have written respectively an opera and an oratorio specifically for his rare Lyricher/Dramaticher Seriöser Bass.

Nicolai Elsberg was the lead singer of the critically-acclaimed Danish band, Spillemændene, and collaborated with the world-famous indie group, Efterklang. Always pushing the limits of genres and experimenting with performing arts—and feeling that the microphone was limiting his voice—Elsberg slowly moved from rhythmic music into the world of classical singing and opera.

In 2016, holding a Bachelor in contemporary music from The Rhythmic Music Conservatory in Copenhagen, Elsberg started studying classical singing at The Royal Danish Academy of Music with the renowned Susanna Eken as his voice teacher. In 2020, he joined the soloists’ ensemble at The Royal Danish Opera.

In the season 2021-2022, Nicolai sang Colline (La Bohème) and Il Commendatore (Don Giovanni) at Royal Danish Opera as well as multiple roles in The Nose by Shostakovich and the bass part in both Mozart’s and Verdi’s Requiem with the Copenhagen Philharmonic.

Previous seasons’ highlights are his performances of Plutone (L’Orfeo), Sarastro (Magic Flute) and Watchman as well as Masquerade Master in Carl Nielsen’s opera, Masquerade, at the Royal Danish Opera. He took part in the Vocal Residency at Festival d’Aix-en-Provence led by Edith Wiens, and sang the role of Il Commendatore in a new interpretation of Mozart’s Don Giovanni at The Copenhagen Opera Festival, where he also sang Colline.

In 2021, Elsberg participated in the BBC Cardiff Singer of the World Competition representing Denmark as one of the sixteen singers chosen from a record high number of applicants. In 2020, Elsberg received three talent prizes from his home country: The Copenhagen Opera Festival Talent Prize, The Léonie Sonning Talent Prize and The Queen Ingrid Honorary Grant.

“…but the most breathtaking, Nicolai Elsberg with an often richly colored, deep bass…”

“Nicolai Elsberg then truly unfolded in the section about the flames of hell, “Confutatis”. He created an intensely lectured scene with equal parts excitement and powerlessness, and no matter where he was, in depth or height, in powerful or soft dynamics, the bass voice was projected into an expressive and sonorous aura.”

“The Great-singing, sky-tall bass Nicolai Elsberg, needs to be highlighted for eminent presence as arrogant Newspaper Clerk in wheelchair and decorative Doctor, as a take-off from the Russian country-aristocracy.”

Talent spotters may already have caught sight and sound of Nicolai Elsberg, a Danish basso profundo who in 2021 represented his country at both Cardiff Singer of the World and Operalia in Moscow. He has swept the board of opera prizes at home in Denmark, where in 2020 he joined the ensemble of the Royal Danish Opera. His voice has extraordinary presence. And as the former frontman of a Danish pop group, he knows how to hold the stage.”

“The sky-tall new Danish Bass Nicolai Elsberg was outstanding as the Commendatore.”

“An elegant performer and a very exciting voice!”

“Elsberg’s coat aria is the best interpretation I have yet heard – maybe helped by that his bass voice was more beautiful than any.” 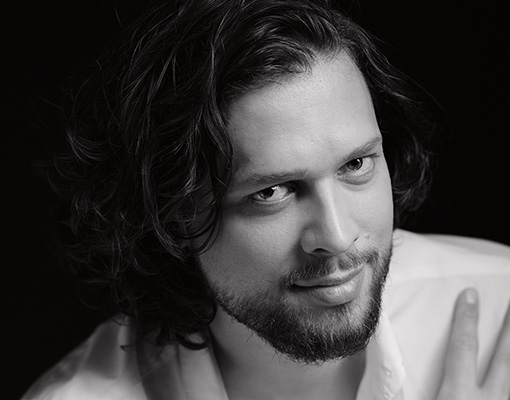 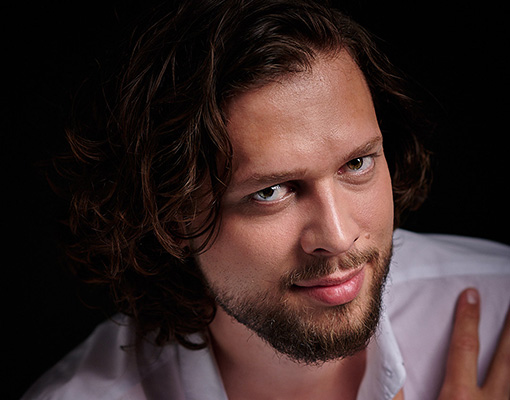 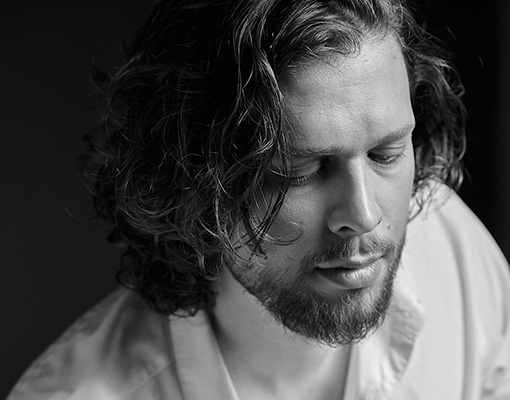 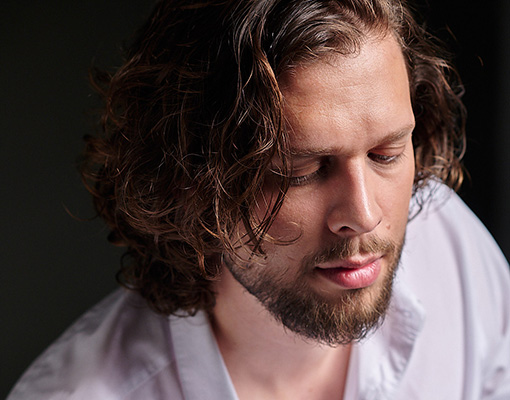 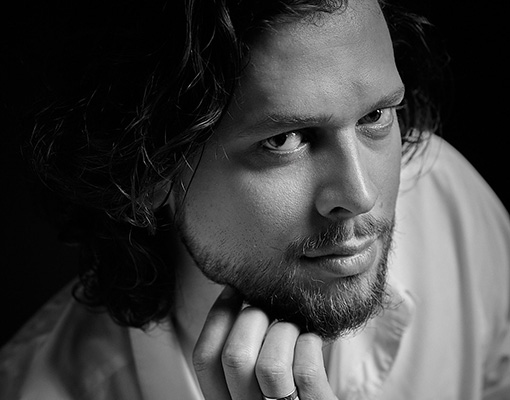 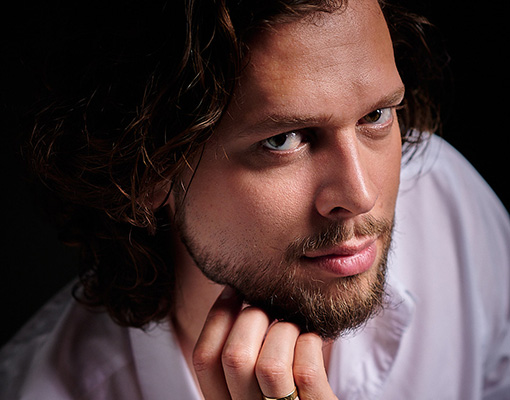