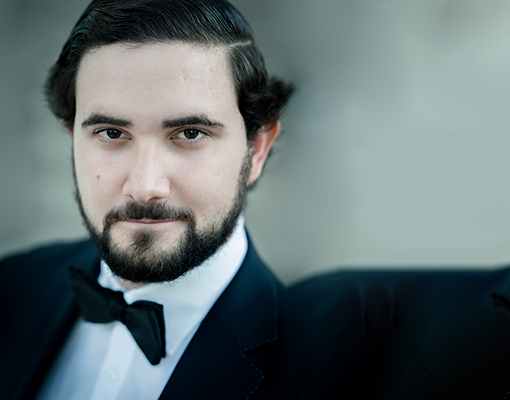 Tenor Omer Kobiljak, born in Bosnia and raised in Switzerland, has been praised by Bachtrack for his “high, luminous tenor.” During the 2021-2022 season, he returns to the ensemble at Opernhaus Zürich, where he sings Tebaldo in I Capuleti e i Montecchi, Macduff in Macbeth conducted by Nicola Luisotti, Ruiz in Il trovatore conducted by Gianandrea Noseda, and Froh in Das Rheingold also conducted by Noseda. Elsewhere, he joins the Bregenzer Festspiele as both Yamadori in Madama Butterfly and Prince Alexis in Giordano’s Siberia.

Since arriving at Opernhaus Zürich during the 2019-2020 season, Mr. Kobiljak has sung a variety of roles, including Cassio in Otello conducted by Daniele Rustioni, Gastone in La Traviata conducted by Fabio Luisi, Nathanaël in Les Contes d’Hoffman, and Abdallo in Nabucco also conducted by Luisi. Previous highlights include his 2016 debut at Operettenbühne Hombrechtikon as Baron von Kronthal in Lortzing’s Der Wildschütz, and his 2017 debut at La Scala as one of the apprentices in Die Meistersinger von Nürnberg.

Mr. Kobiljak was trained by David Thorner, first at the Konservatorium Winterthur, where he studied from 2008 to 2013, and subsequently at the Kalaidos Fachhochschule in Aarau, Switzerland. Since 2010, he has also attended master classes given by Jane Thorner-Mengedoht, David Thorner, and Jens Fuhr. In 2012, he received received First Prize with distinction at the Thurgau Music Competition.

“… Omer Kobiljak sang Ruiz with a high and pleasant tenor. The evening was a resounding success.”