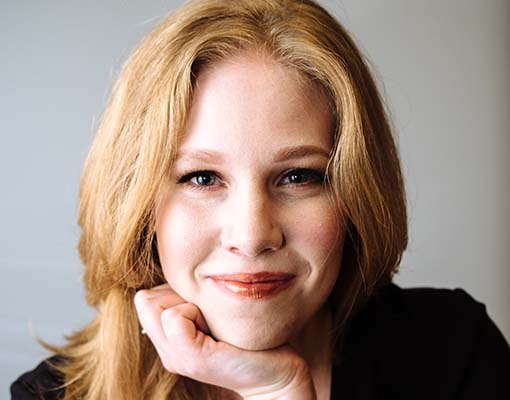 Canadian Soprano, Sarah Cambidge is garnering wide praise for her important house and role debuts both in the U.S. and abroad. Highlights of the 2019-20 season include her Metropolitan Opera debut as the Lady in Waiting in Verdi’s Macbeth under the baton of Marco Armiliato opposite Anna Netrebko, where she will also cover the role of Countessa Almaviva in Mozart’s Le Nozze di Figaro. She makes her Lyric Opera of Chicago debut performing the role of Ortlinde while covering Sieglinde in the company’s full Ring cycle. On the concert stage, Cambidge performs a solo recital with San Francisco’s Lieder Alive and sings Brünnhilde in excerpts from Wagner’s Siegfried with the New York Repertory Orchestra.

The 2018-19 season marked many important debuts, including her critically acclaimed role and house debuts as Sieglinde in Wagner’s Die Walküre at L’Opéra National de Bordeaux, Chrysothemis in Strauss’ Elektra at the Badisches Staatstheater Karlsruhe under the baton of Music Director , and role debuts as the Foreign Princess in Rusalka and the Soprano Angel in Jake Heggie’s It’s a Wonderful Life, both with San Francisco Opera.

A recent graduate of the prestigious Adler Program of the San Francisco Opera, Cambidge’s assignments with the company have included performances of Ortlinde and the Third Norn in the company’s full Ring production, directed by Francesco Zambello and conducted by Donald Runnicles, the Fourth Maid in Strauss’ Elektra, in addition to covering Donna Anna in Don Giovanni, Chrysothemis in Elektra, and Freia in Das Rheingold.

The soprano recently made her role debut as Amelia in Verdi’s Un Ballo in Mascera with ‪Livermore Valley Opera, performed excerpts of Elsa in Wagner’s Lohengrin with the Merola Program, and sang excerpts of Isolde in concert with the Alder Program.‬‬‬‬‬ Additional roles include Elsa in Wagner’s Lohengrin, Donna Anna in Don Giovanni, Mimì in La bohème, the title role in Floyd’s Susannah, Marguerite in Gounod’s Faust, Micaëla in Carmen, and the title role in Suor Angelica. Further concert appearances include the soprano soloist in Beethoven’s Ninth Symphony and Barber’s Knoxville: Summer of 1915.‬

Ms. Cambidge obtained her Master’s and Bachelor’s degrees in music from the University of Denver’s Lamont School of Music and is the Winner of the 2016 Denver Lyric Opera Guild competition. She was a National Semifinalist in the 2015 Metropolitan Opera National Council Auditions. 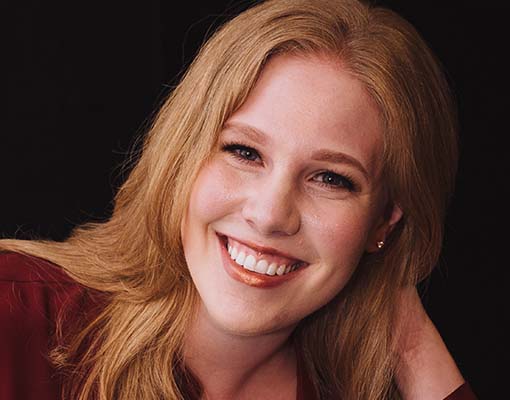