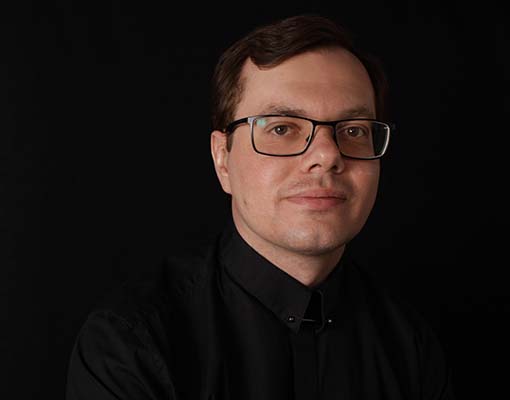 Hailed as “enormously talented” by the Neue Zürcher Zeitung, the Russian-born German conductor Sergey Neller studied composition and piano at the Moscow Tchaikovsky Conservatory, and conducting at the Universität der Künste Berlin. He came to the attention of the classical music world as the 2nd Prize Winner of the prestigious 2016 Gustav Mahler Conducting Competition hosted by the Bamberg Symphony. He has collaborated with such renowned ensembles as the Bamberg, Berlin and Brandenburg Symphony Orchestras, the Gstaad Festival Orchestra, the Orchestre Régional de Cannes, and the Brandenburg State Orchestra of Frankfurt among others, and counts among his mentors such luminary figures as John Carewe, Neeme Järvi, Vladimir Jurowski, Yannick Nézet-Séguin, Jorma Panula, Gennady Rozhdestvensky, Sir Simon Rattle and David Zinman, with whom he worked in orchestral masterclasses with the Tonhalle-Orchester Zurich.

Recent highlights include debuts with the Ulster Orchestra, Verbier Festival Youth Orchestra, Philharmonie Zuidnederland, Szczecin Philharmonic Orchestra, Oulu Sinfonia, the Janacek Philharmonic Orchestra of Ostrava, ensemble unitedberlin in the Konzerthaus Berlin, and Nürnberger Symphoniker, where Neller directed Mozart’s Piano Concerto No. 25 from the piano, and conducted works by Tchaikovsky and Shostakovich. He also conducted a studio recording session of Shostakovich’s 12th Symphony with the Bamberg Symphony Orchestra for Bayerischer Rundfunk, and returned to the orchestra at the end of 2017 for a series of educational concerts. He recently made his US debut with the Jacksonville Symphony, where Neller once again directed from the piano, this time in Mozart’s Piano Concerto No. 21, leading one review to describe him as “a remarkably talented artist”. He also participated as one of four selected conductors in masterclasses with the Royal Concertgebouw Orchestra under the direction of Daniele Gatti, and assisted Vladimir Jurowski at Russia’s State Academic Symphony Orchestra “Evgeny Svetlanov”.

Following a critically acclaimed new production of Rodion Shchedrin’s opera Lolita at the National Theatre Prague, Neller makes his debut at the Mariinsky Theatre with the same work, sharing the conducting duties for the run of performances with the theatre’s Music Director Valery Gergiev. He also takes the podium for a performance of Ariadne auf Naxos during his time at the Mariinsky.

As a gifted composer, from 2002 to 2006 Neller was the recipient of the renowned Mstislav Rostropovich Foundation Award, during which period he composed his first opera, Tintagiles and premiered it at the Helikon Opera in Moscow. Composed to an original libretto based on Maurice Maeterlinck’s play The Death of Tintagiles, the work attracted the attention of the international press and resonated strongly with Russian audiences. In 2010, Neller completed his second opera, Phaedra, composed to a libretto by the contemporary Russian poet and playwright Alexey Parin. Neller has also enjoyed considerable success as a pianist, having won international competitions in Austria, Bulgaria, Italy and the United States, and given concerts throughout Europe, North America and Australia. He has also made several recordings of works by Chopin, Medtner, Oborin and Scriabin.

Following his notable success last year at his debut on the podium of the Prague National Theatre, leading the company’s striking and compelling production of Rodion Shchedrin’s opera Lolita, based on Nabokov’s celebrated and controversial masterpiece novel, Sergey...

Sergey Neller has scored a notable success at his debut on the podium of the Prague National Theatre, leading the company’s striking and compelling production of Rodion Shchedrin’s opera Lolita, based on Nabokov’s celebrated and controversial masterpiece...

Sergey Neller Makes his Debut at the Prague National Opera

The Russian-born German conductor Sergey Neller, who took second place in the Gustav Mahler Conducting Competition in Bamberg in 2016, will make his debut at the Prague National Opera conducting a new production of Rodion Shchedrin’s Lolita at the Estates...

“Neller has the sort of charisma given only to few conductors. […] the Widmann was a riot, despatched with crisp panache, and Neller has a sense of humour. Best of all was the Mahler. This was taken at a genuine Adagio and fully sustained. It was truly impressive with that rare sense of time suspended. […] the Mahler was profoundly impressive. Neller clearly commands the grand manner of some older maestros and he can also get playing of real inwardness and spirituality.”

“Neller is clearly a remarkably talented artist. He never broke a sweat or seemed overburdened in the slightest with his dual role of featured soloist and conductor. He both played and conducted entirely from memory, with wit and delight, earnest and utterly lost in the moment.”

“The Prague performance was anchored firmly in the music. Shchedrin’s score is dramatic, emphatically theatrical, but containing a clearly-discernible internal logic. Neller unveils it all with accuracy and subtlety. He weaves the threads of the mounting uncertainty of the first part – and hits home powerfully with the heavy emotion in the second. Up to the very end, the musical fabric burns and scratches. Neller works hard in shaping an orchestra that is not always ready to be disciplined, and provides total leadership for the choir and soloists.”

“Sergey Neller leads the excellently established opera orchestra through the two-hour performance from the first bar to the last note with precise, no-frills conducting, producing nightmarish, never-ending intensity that ideally accompanies the action on stage.”

“Still, much of the credit for the eveningʼs success lay in the pit, where Russian-born German conductor Sergey Neller did a brilliant job drawing every note and nuance from the State Opera Orchestra.”

“An excellent craftsman who shines with superior understanding and yet shows a modesty. He has done something very beautiful!” – nordbayern.de 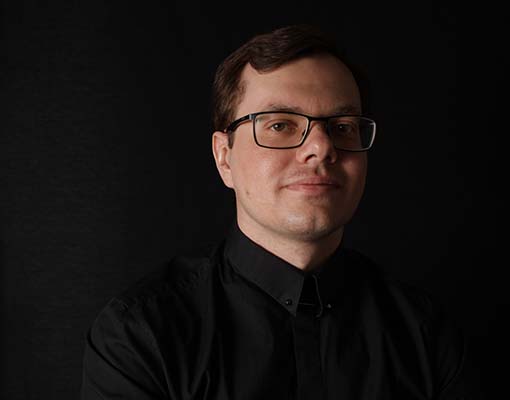