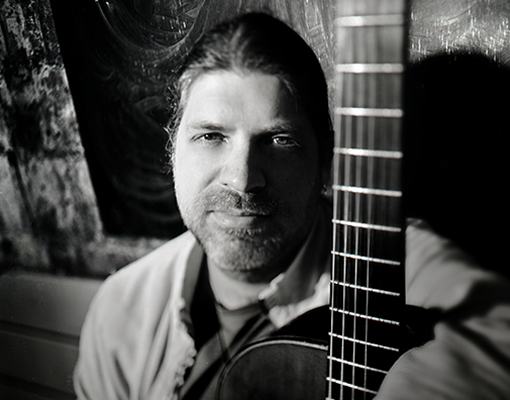 Guitarist Django Reinhardt (1910-1953) is widely recognized as one of the most influential musicians to emerge from Europe in the 20th Century. The creator of what is now known as “Gypsy Jazz”, Reinhardt’s brilliance for melodic invention, and rhythmic drive have awed and inspired fellow guitarists and musicians across genres and generations, and his life story has been told in numerous books and films.

Shades of Django is a musical celebration and journey created by acclaimed French-born guitarist and composer Stephane Wrembel.  From Swing, to Bebop, Impressionism to New Orleans Jazz, Shades of Django pays tribute to the many elements of this legendary musician.

Stephane Wrembel is quite simply one of the finest guitar players in the world.  The breadth and range of his playing and compositions are unmatched. This prolific musician from France has been releasing a steady stream of music since 2002 and has truly made his mark as one of the most original guitar voices in contemporary music. David Fricke at Rolling Stone Magazine called him “a revelation.”

His live performance is unparallel.  Wrembel has headlined Lincoln Center, Carnegie Hall, The Town Hall in NYC and The Lyon Opera House in France, toured with master violinist Mark O’Connor and shared stages with everyone from Sam Bush, Stochelo Rosenberg, Esperanza Spalding, and Al Di Meola.  Wrembel has dazzled audiences at such major gatherings as the Montreal Jazz Festival, Rochester International Jazz Festival, Django Reinhardt Festival in France, Ellnora–The Guitar Festival, Caramoor Jazz Festival presented by Jazz at Lincoln Center and many others. He has toured Canada, France, Israel, UK, India and Nigeria. In 2003, Wrembel created his own annual event, Django A Gogo Festival, where he and others influenced by Reinhardt celebrate the Sinti guitar style. The Gitane guitar company has even named a model after him.

Born in Paris and raised in Fontainebleau, the home of Impressionism and Django Reinhardt, Wrembel first studied classical piano, beginning at the age of four. But in his mid-teens, he discovered that he had an affinity for guitar. A Pink Floyd fan, he “spent hours learning David Gilmour’s style,” he said. “So I had a classical background, a passion for rock music, and then I found out about Django. I fell in love with the very strong impressionist feel in his music.”

Reinhardt was a Sinti (a Roma group from Western Europe) and his style was rooted in Sinti music. Not a Gypsy himself, Wrembel immersed himself in Sinti culture, spending “six, seven years going to the camps, playing for Gypsy weddings, parties, playing with Gypsy friends,” he said. “By going there I started learning the atmosphere of what it really means to play Sinti-style guitar. I learned from the masters, from Angelo Debarre and Serge Krief, and I played in the campsites a lot. That’s how you learn this music, because it’s a specific to a culture.  Music is not only the notes. Without the culture, something is missing.”

And while Wrembel is now considered one of the preeminent master guitarists in the world specialized in the Django Reinhardt style, he avoids the label “Gypsy Jazz” commonly used for Reinhardt’s music. While heavily influenced by Reinhardt, Wrembel’s music incorporates jazz, blues, classical, swing, flamenco and rock. All of these influences come together as a genre identifiable only as Stephane Wrembel.

Wrembel’s breakthrough came with his original composition “Bistro Fada,” a Django-influenced swinging waltz on his fifth album Origins that became the theme song for Woody Allen’s 2011 Oscar®-winning film, “Midnight In Paris.” It was included on the Oscar®-winning soundtrack for the film. Wrembel performed the irresistibly catchy “Bistro Fada” live during the 2012 Academy Awards® ceremony with an all-star ensemble led by Hans Zimmer.

In 2014, Wrembel delivered Dreamers of Dreams, recorded outside of New York City with his band which included bassist Dave Speranza, rhythm guitarist Roy Williams, and drummer Nick Anderson.  In 2016, Wrembel released two masterfully recorded live albums: Live In India and Live In Rochester.  Wrembel is extremely popular in both of those locales.

In 2019, Wrembel produced Les Yeux Noirs, the debut CD by Simba Baumgartner, Django’s great-grandson. Baumgartner, who lives on a gypsy camp in France, was one of the special guests at Django A Gogo 2019.

In October of 2019, Wrembel released Django L’Impressionniste putting the spotlight on 17 little-known solo pieces Reinhardt recorded between 1937 and 1950.  Wrembel is the first interpreter who has performed all of these solo pieces and collected them in one definitive masterwork.  It is available digitally and on double-vinyl with liner notes by David Fricke.

Not one to rest on his laurels, 2020 may prove to be the most prolific year yet for Wrembel.  He recorded the score for the soon to be released Woody Allen movie, “Rifkin’s Festival.”  He has recorded an album with his band and heralded jazz pianist, Jean-Michel Pilc, and Nick Driscoll on saxophone and clarinet, that is set to be released in October of 2020 in conjunction with Django A Gogo 2020.  He also plans on releasing Django New Orleans featuring special guests Russell Welsh on guitar, Daisy Castro on violin, Aurora Nealand on saxophone and vocals, David Langlois on washboard, Joe Correia on sousaphone, Nick Driscoll on saxophone and clarinet, and Scott Kettner on drums.  The Django Experiment VI is also in the works.

Wrembel revels in transcending and expanding.   “I just play my own music,” he says. “I like to believe that it is beyond any one genre and that there is something in it for everyone. It’s not only for the rock music lover, or for the Django lover; it’s not only for the jazz lover.  It’s for the music lover.”

"Perhaps the most creative improviser in Gypsy jazz today, Mr. Wrembel plays the guitar with a rich and colorful lyricism." 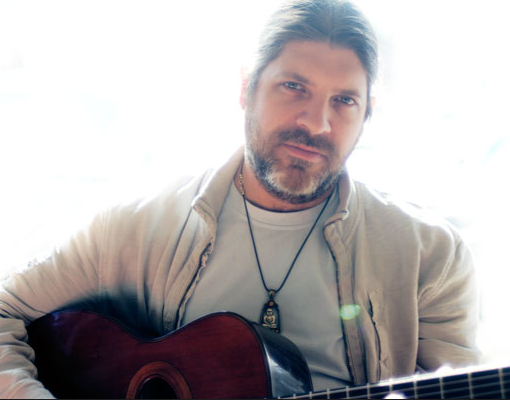 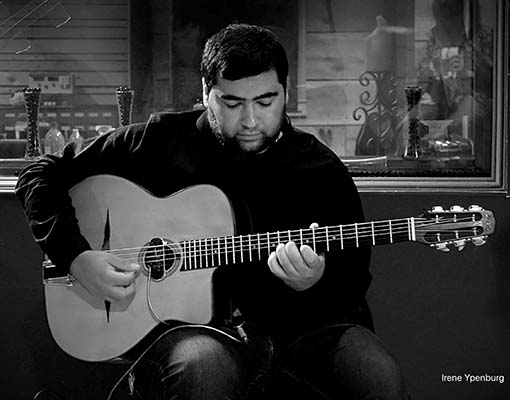