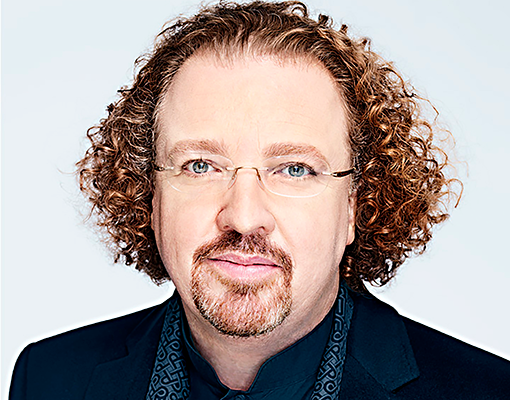 As a recording artist, he has won critical acclaim for his recordings of the works of Poulenc, Debussy, Ravel, Roussel, Franck and Connesson. He is a triple winner of the Diapason d’Or of the Year, has been shortlisted for Gramophone’s Artist of the Year Award, and has won the prize for symphonic music at the International Classical Music Awards. His most recent releases include a live recording of Honegger’s Jeanne d’arc au bûcher with the Royal Concertgebouw Orchestra, and two discs of the works of Guillaume Connesson with the Brussels Philharmonic (the first of which was awarded the Diapason d’Or de l’année, Caecilia Award, and Classica Magazine’s CHOC of the Year).

Stéphane Denève returns to Asia this weekend to conduct two programmes with the NHK Symphony Orchestra in Tokyo. The programme for the concerts on Saturday 11 and Sunday 12 June features Dukas’ “La Péri: poème dansé" (with its appended fanfare), Ravel’s "Schéhérazade"...

Conductor Stéphane Denève  wins acclaim from reviewers following a 6-week tour in the US. He worked with The Cleveland Orchestra, New World Symphony and St Louis Symphony Orchestra, where he is Music Director. Chuck Lavazzi from KDHX writes, "Stéphane Denève opened...

On 23 June, Stéphane Denève will conduct a star-studded evening of music in Washington, D.C., as America’s beloved composer, John Williams, turns 90. The gala concert is part of a three-day festival in June, hosted by The Kennedy Center and National Symphony...

“It might seem reductive to limit a musician to national specialities, but having heard Denève’s Berlioz, Debussy and Roussel in concert, his captivating disc of Poulenc with the Stuttgart orchestra he commands and now his Ravel, I can honestly say there’s no conductor alive I’d rather hear in French music.”

“Ending with colossal energy accumulated throughout the four movements, and then exploding in the final bars, Denève captured the most propitious moment, the one we looked forward to since the beginning of the concert. [Roussel, Symphony No.3]”

“If there’s a composer or genre that Denève doesn’t get, we haven’t yet encountered it.”

“Denève is insanely gifted with a fabulous ear, a staggering mastery of his scores, and a buoyant, bubbly personality that grabs hold of the musicians and makes them want to give a thousand percent … How long is the Denève era in St. Louis likely to last? Ten years, if we are lucky. Fifteen, if we pray very hard. So catch Stéphanomania while you can, and get ready for the ride of a lifetime.”

“By the end of the night, the audience became ecstatic, cheering rock-concert style …”

“[Denève’s] steadily winning over St. Louisans with his combination of personal charm, smart musical choices and carefully thought-out programming … Denève has a terrific grasp of this music, exploring all its facets … a fine collaboration with every section of the orchestra …”
St. Louis Post-Dispatch October 2019

“… one of the best readings of this score I can remember … powerful, memorable … irresistible … ”
St Louis Post-Dispatch September 2019

“…a delightful shock to the senses … captivating … an impressively tight performance …”

“Vivid colors and ecstatic highs mark Denève’s Cleveland Orchestra program … an evening wonderfully out of the ordinary, in both content and musicality.”

“Creative planning and an unrestrained sense of color … I have nothing but praise for Denève’s enthusiastic advocacy [of Scriabin’s Poem of Ecstasy], which emphasized the ebb and flow … the audience loved it, jumping to a standing ovation at the end.”

“… one of the most beautiful things I’ve ever heard … Mr. Denève showed a real love for the music, perfectly shaping the performances and drawing flawless singing and playing from all concerned … both the audience and the musicians appear to love him.”

“A sensational performance of a fascinating programme … unforgettable …”

“… Denève tempered enthusiastic wildness with a sense of poetry, might with a feeling for the distinct personality of orchestral sections and, indeed, discrete instruments … enlightened …”

“… Deneve also has fire in his belly, and it ignited in the Brussels Phil’s electrifying performance of Guillaume Connesson’s Flammenschrift, a pent-up, pile-driving Beethoven tribute whose rhythmic impact and velocity had the small crowd, I kid you not, roaring.”

“… one of the freshest accounts of Beethoven’s Pastoral Symphony I’ve heard … no wonder they all loved him in Glasgow when he was Music Director of the Royal Scottish National Orchestra.”

“Conductor Stéphane Denève was also a force of nature … Denève moulded a performance of the Pastoral Symphony that was strong both in atmosphere and colour. Dynamics were subtly shaded, tempi carefully judged. The transitions between peasant merrymaking, storm and shepherds’ hymn were beautifully handled as tension was tightened, relaxed and allowed to blossom into sublime thanksgiving … Many in the audience stood and cheered. And well they might.”

“… a conductor with flair and charisma. His energising presence and the polished sound he drew from his players was a winning formula … There was no doubting the success of this opening concert.”

“There is a great deal to relish in Denève’s interpretation, not least the hushed opening, the sharp characterisation of the ‘Danse grotesque de Dorcon’ or the liquid ‘Lever du jour’ … Stylistically, Denève is spot on in taste and sonority …”

“… superb … Under Deneve’s direction, [Connesson’s A Glimmer in the Age of Darkness] came across in a shimmering, light-refracting performance … the results were indelible.”

“Stéphane Denève is one of the most exciting conductors on the international scene today.”

“The forces of abandonment, madness and death combined at the end in the “Symphonie fantastique,” which Stéphane Denève vividly — no, viscerally — conducted to crown the program … It doesn’t take a French conductor to do French music, but the French Denève looked at this music from the inside out, as well as the other way around … the play of detail in the still new-sounding orchestration was constantly illuminating, creating moment-by-moment intensity that built into a dramatic arch, a vision.”

“This is what going to the symphony should be like. Hearing a live orchestra has the potential to illicit visceral reactions, to make your hair stand on end, to give you goose bumps, to make you teary-eyed. Based upon the roaring ovation that Denève received at the end of ‘The Firebird’, which concluded the entire program, Philadelphia seems to know how lucky it is to have him, even if only for a couple of weeks.”

“‘The Firebird’… brought out the best in the orchestra and reaffirmed Deneve’s status as a master colorist with music.”

“…main observations must centre on two elements: first, Denève’s maturity in penetrating the core of [Mahler’s Sixth] symphony with his realising in sound that, musically, the symphony is all about the semitone: a single step between major and minor; a mere blink between joy and heartbreak; an intake of breath that signals a transformation of mood and emotional temperature; the infinitesimal difference between a smile and a tear. And second, the rock solid structure and immensely expressive variation the conductor released from the score, all played with amazing integrity and balance by his stunning orchestra.”

“Stephane Denève’s Stuttgart Radio Symphony Orchestra make an astonishing rich, dark sound… In a great performance [of Mahler’s Sixth Symphony], the minutes fly by… Denève’s tempi were well-chosen in the extreme – the first movement’s march theme never feeling rushed, the glorious second subject’s ebb and flow beautifully caught. The pastoral idyll at the centre was sublime… Denève’s first movement coda was brazenly exultant, the Scherzo’s opening bars consequently more oppressive. The Trio’s rhythmic quirkiness was nicely caught, and the movement’s deathly, exhausted winding down was sheer perfection. Performances this good lead you to believe that a triumphant ending could just be within reach, making the last minute collapse that more alarming… the stunned silence which greeted the last note spoke volumes. Unmissable.” 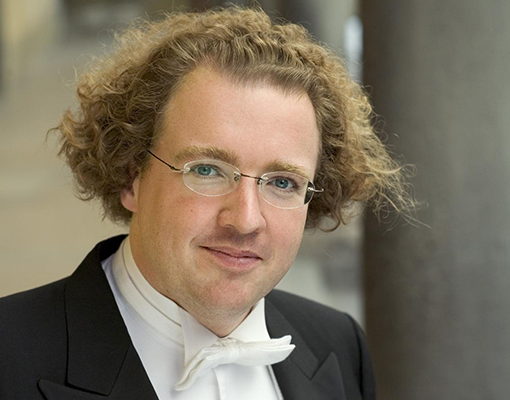 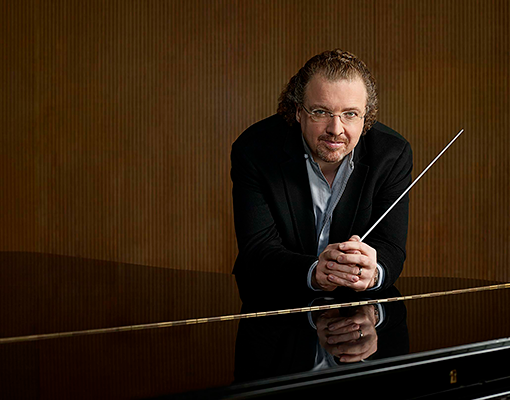 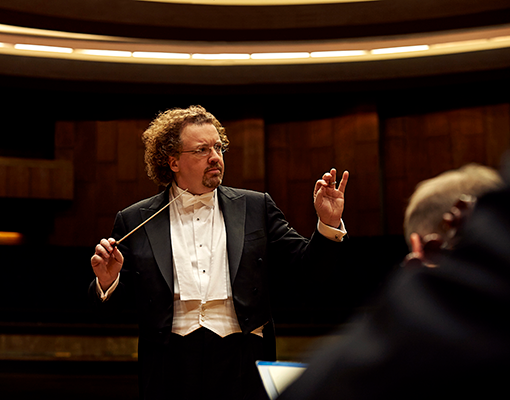 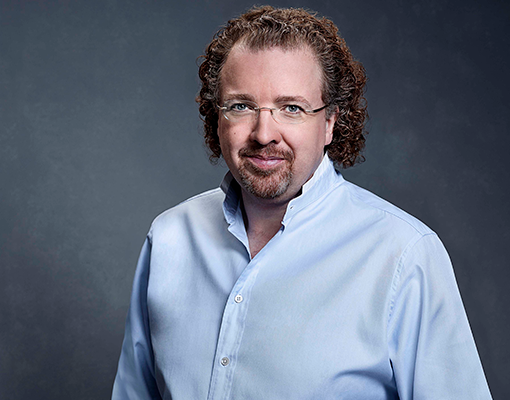 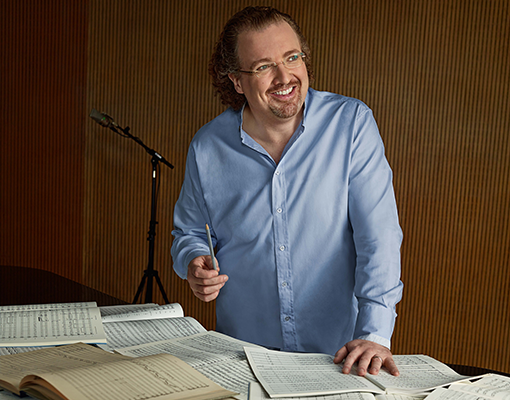 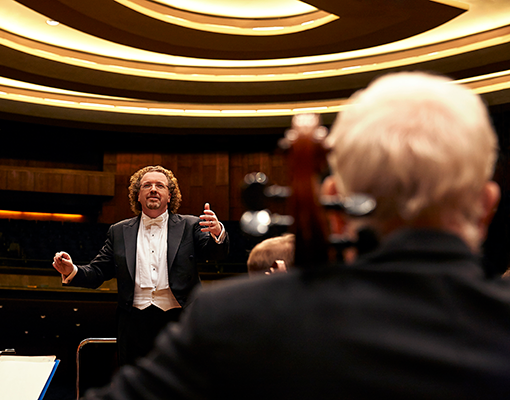 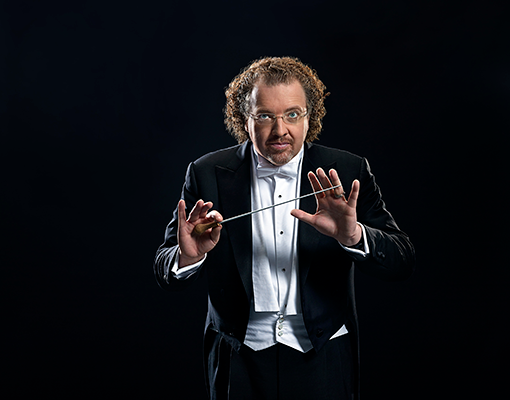 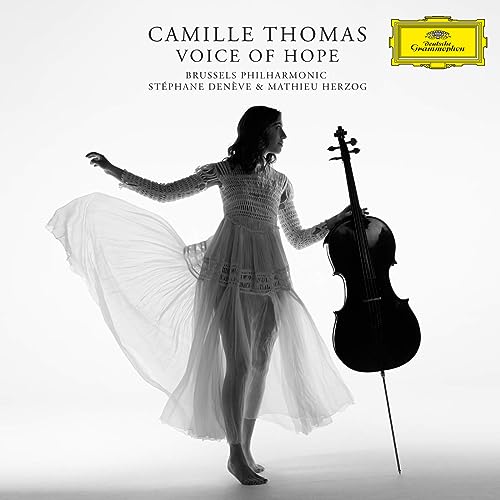 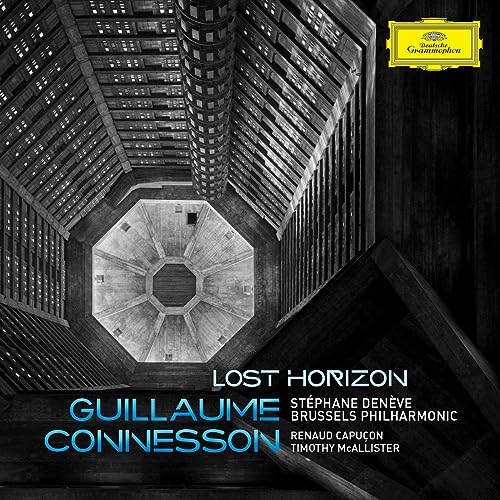 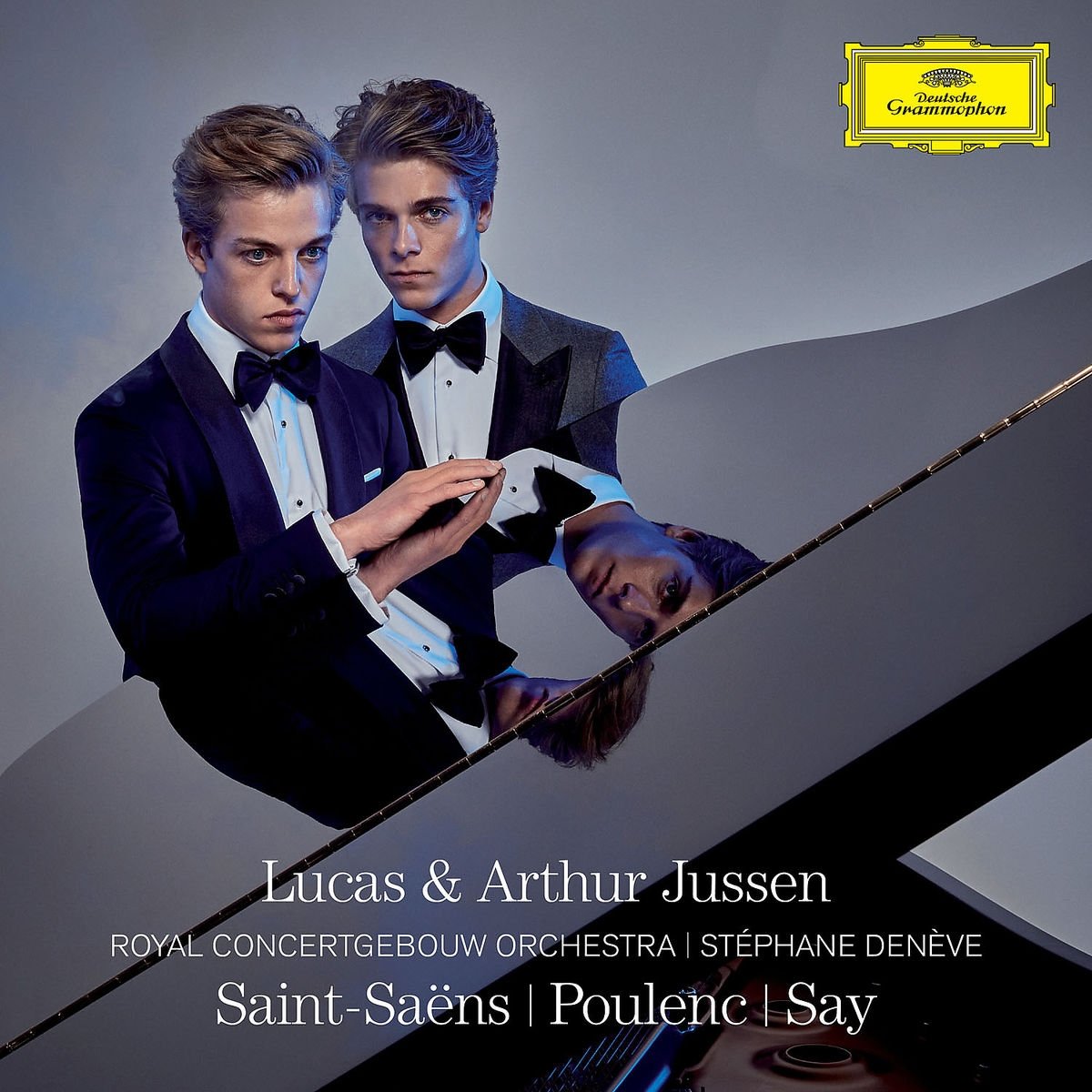 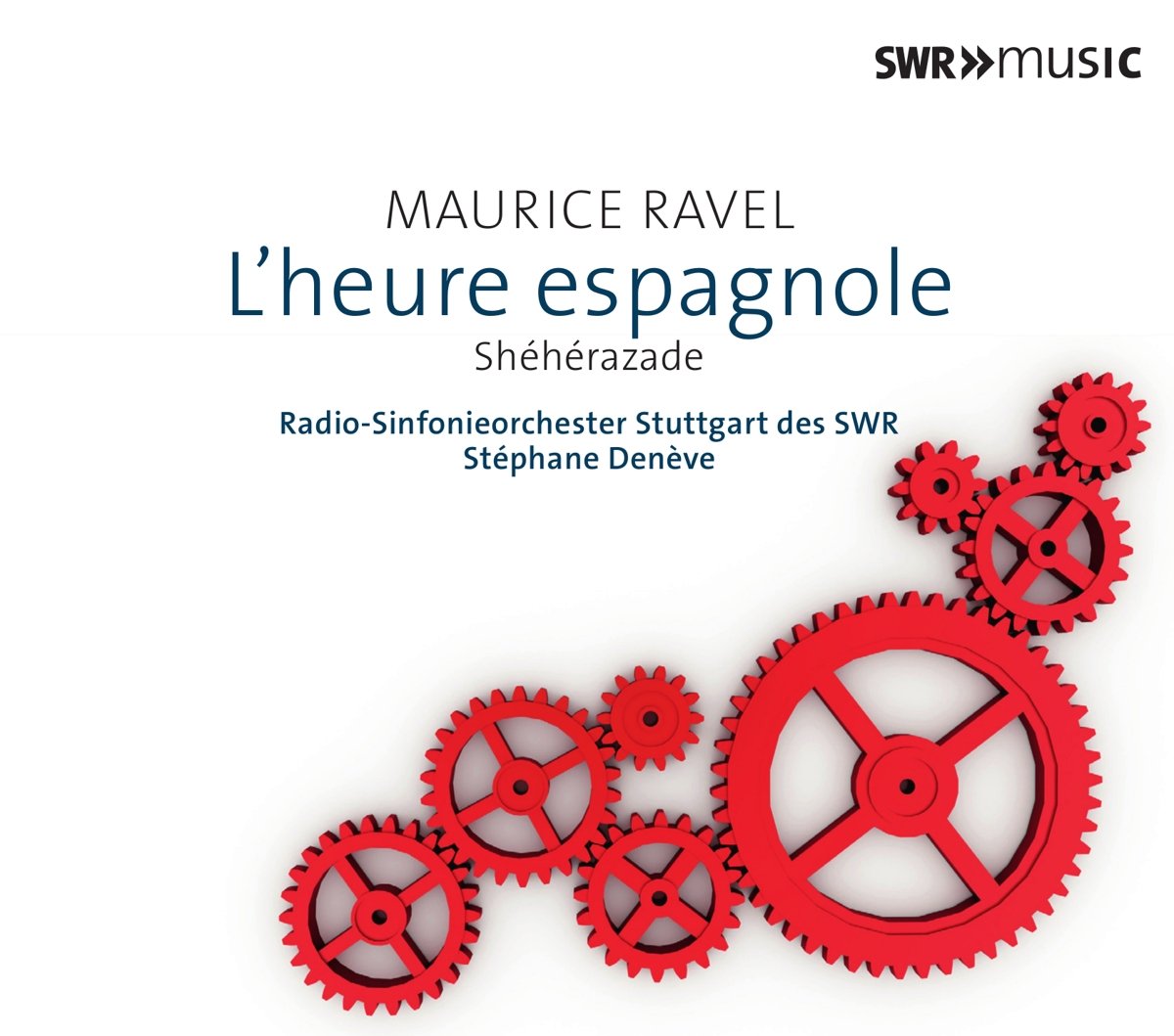 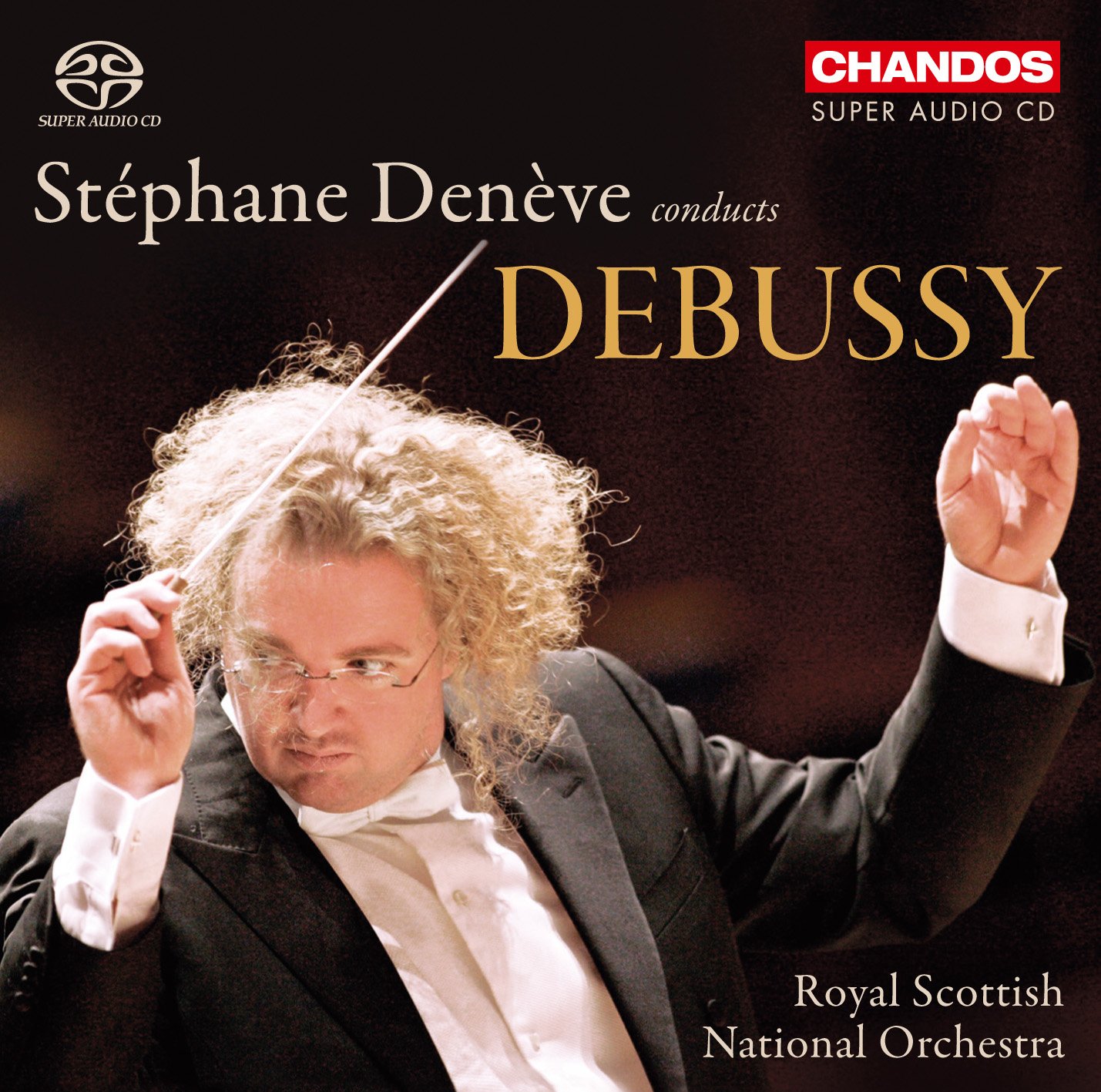 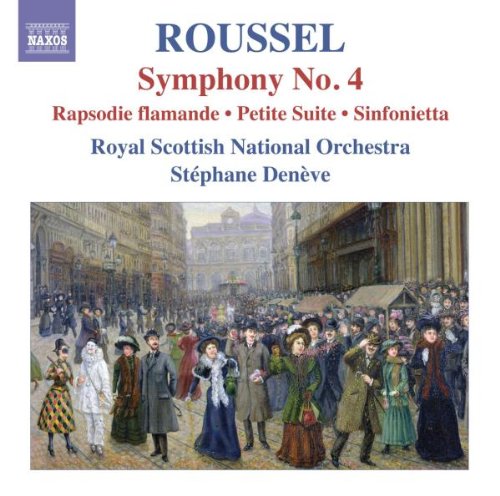 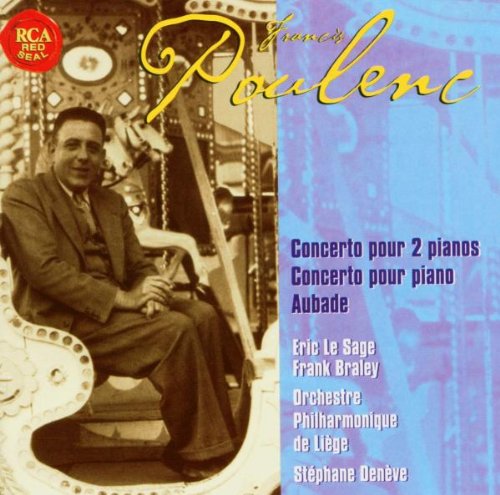 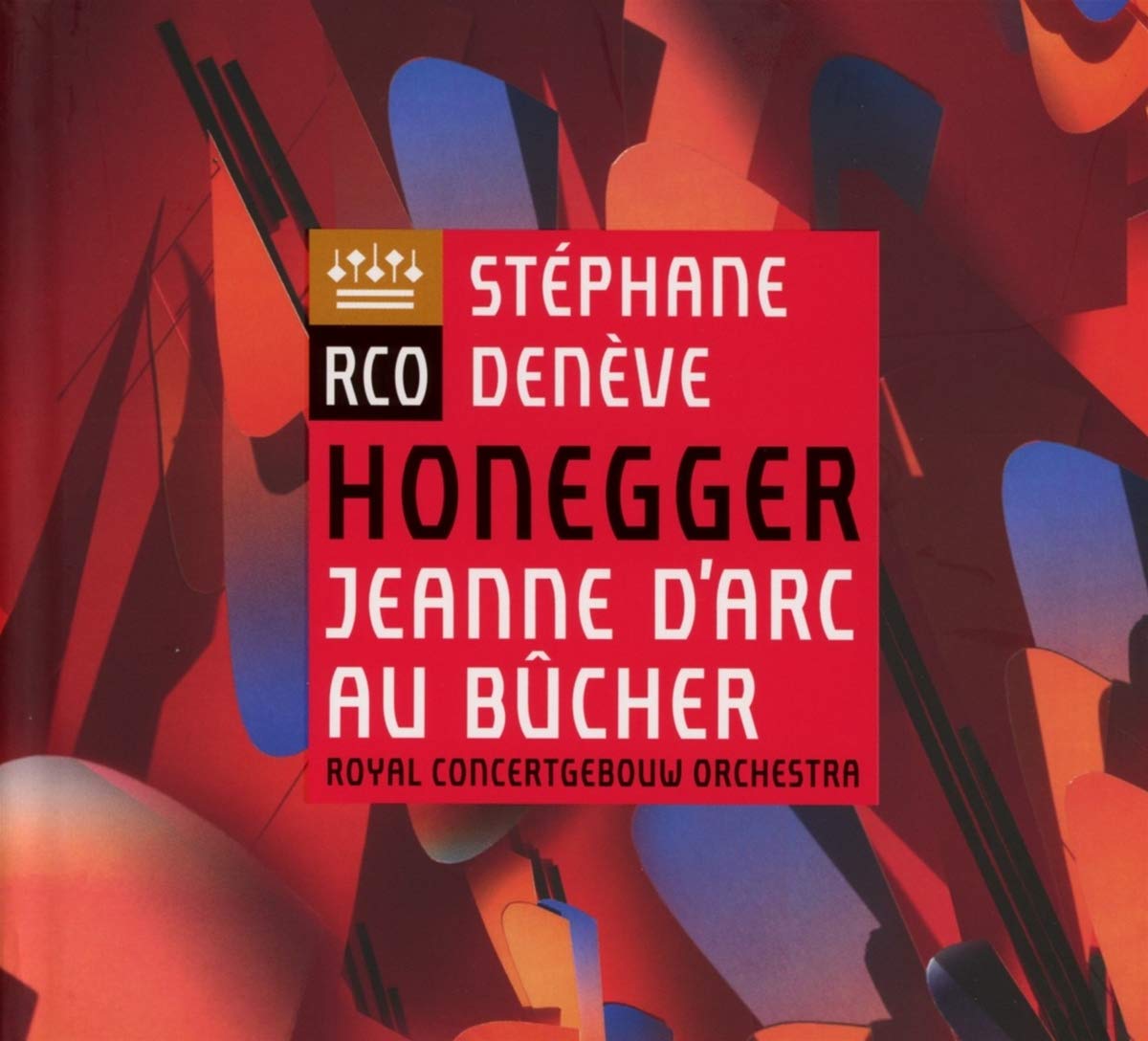 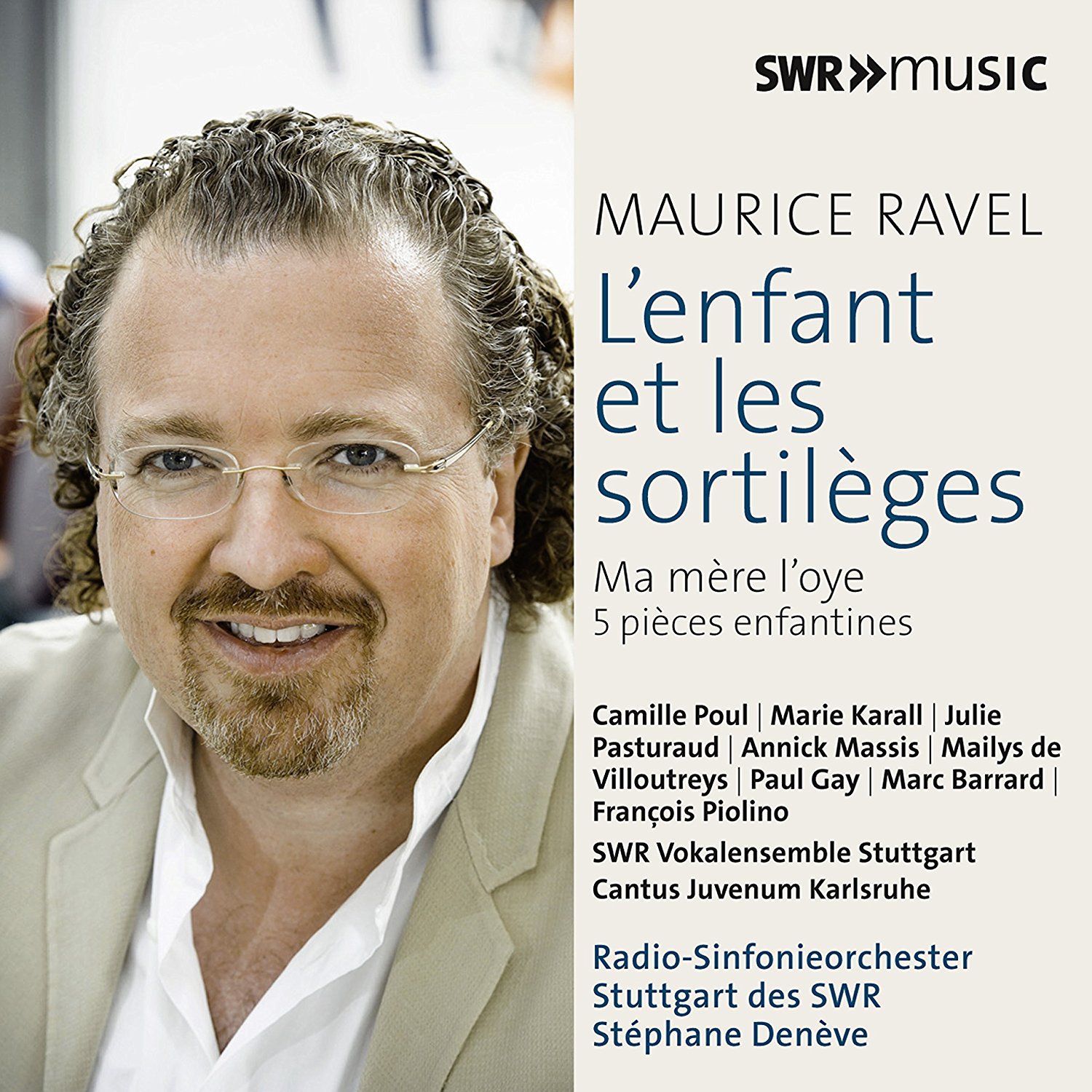 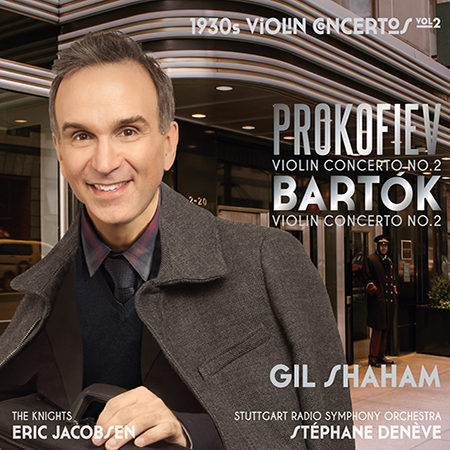 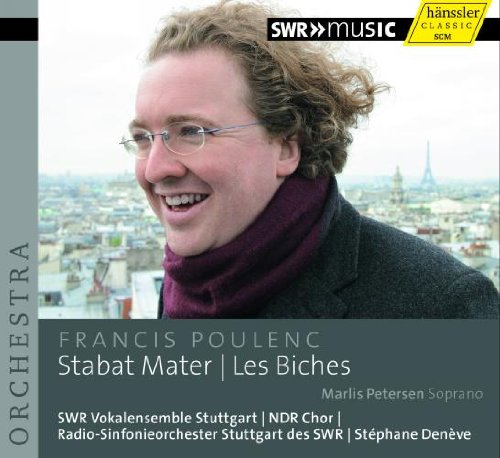 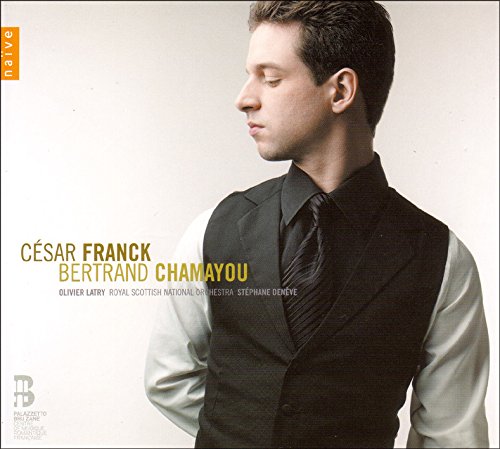 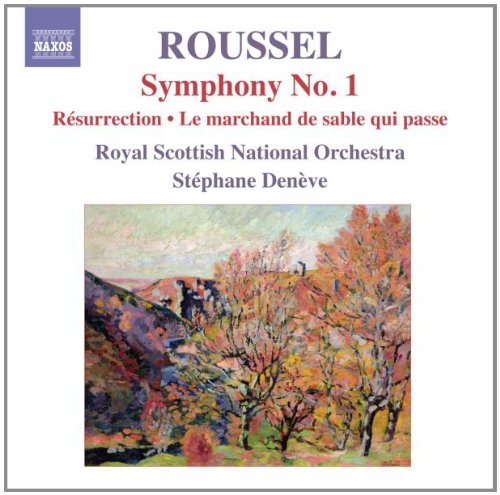 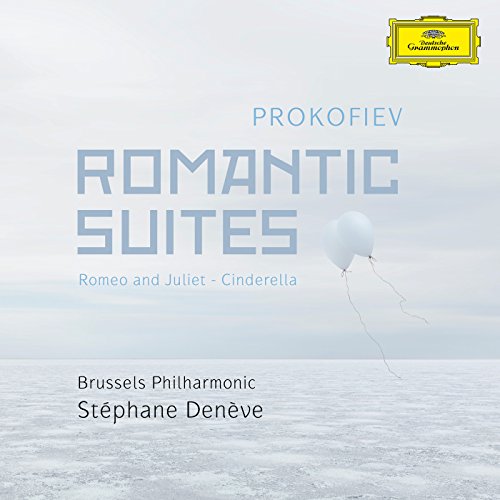 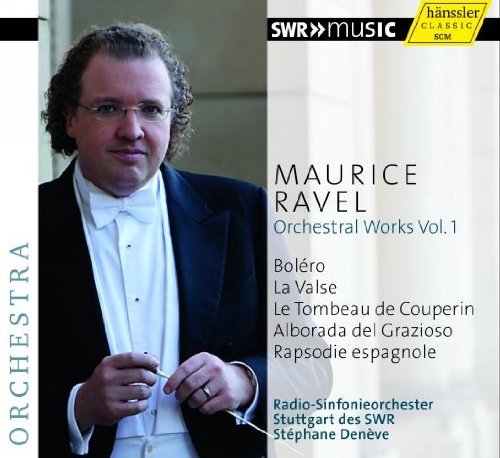 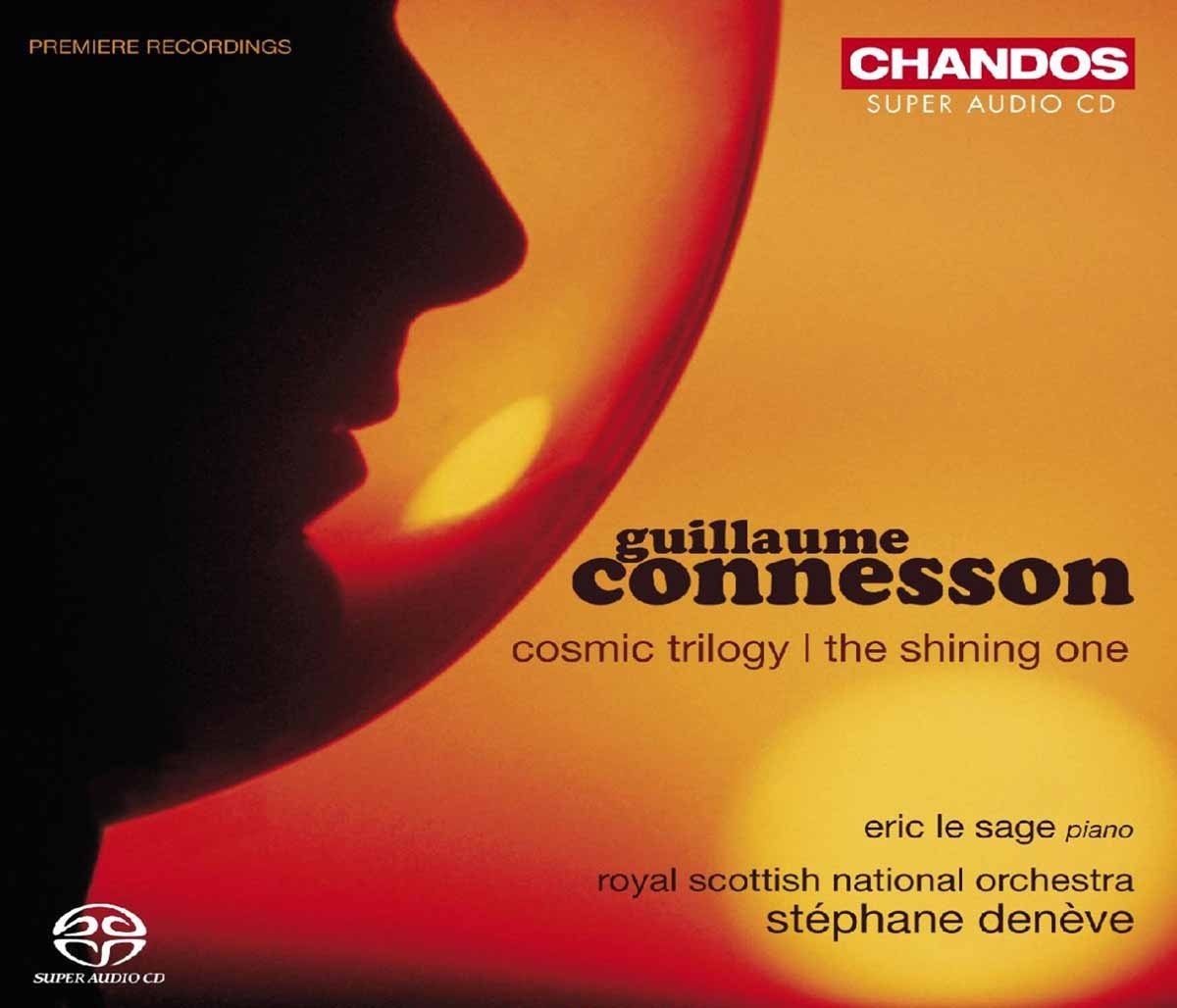 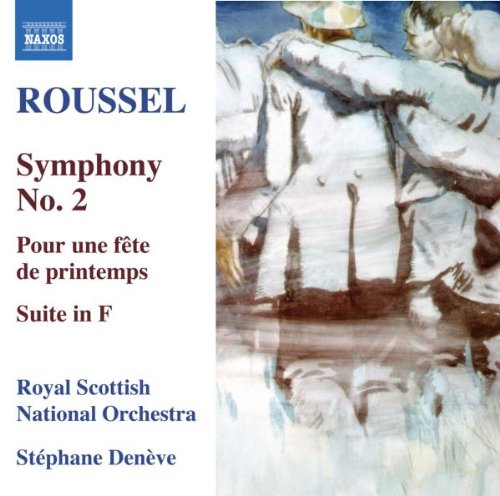 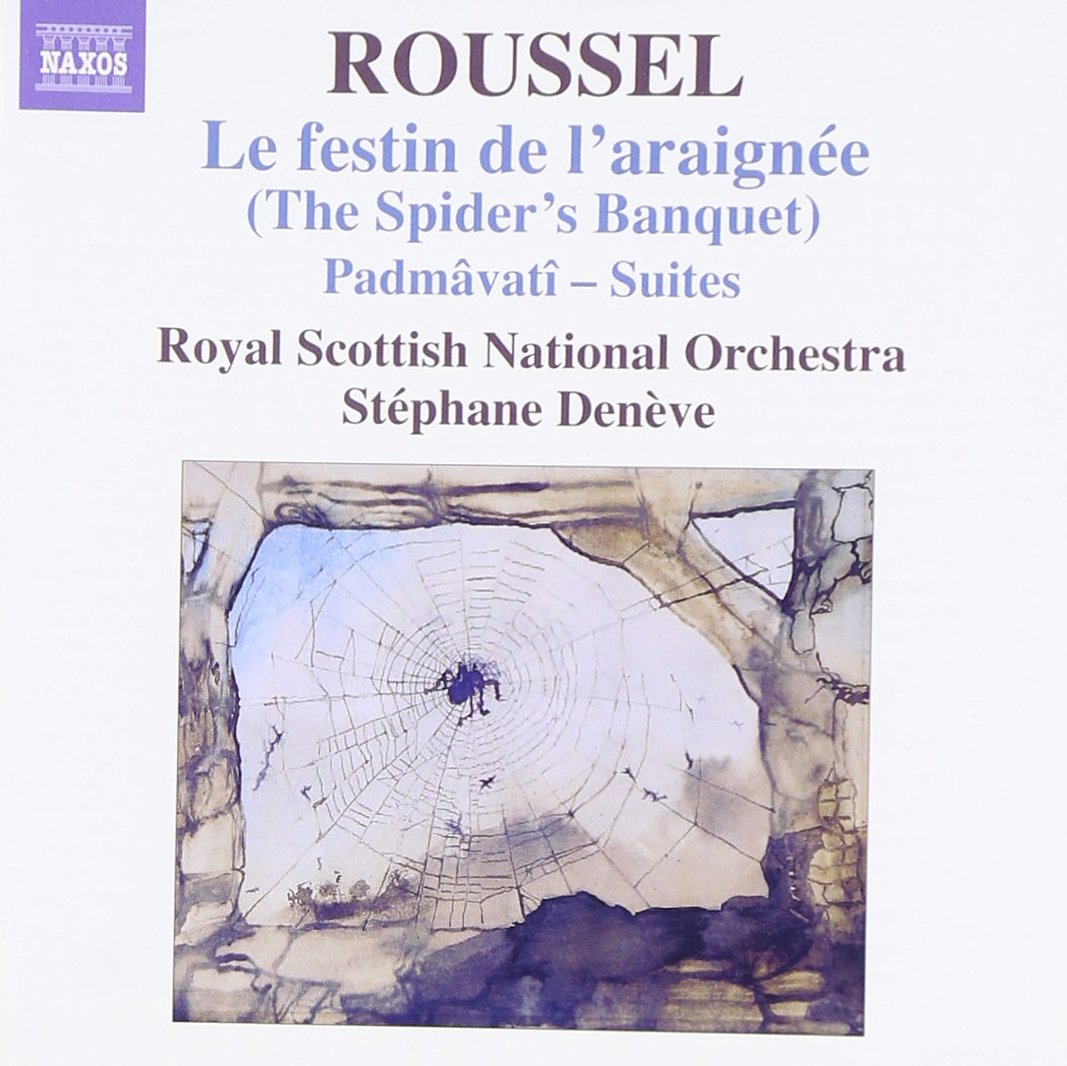 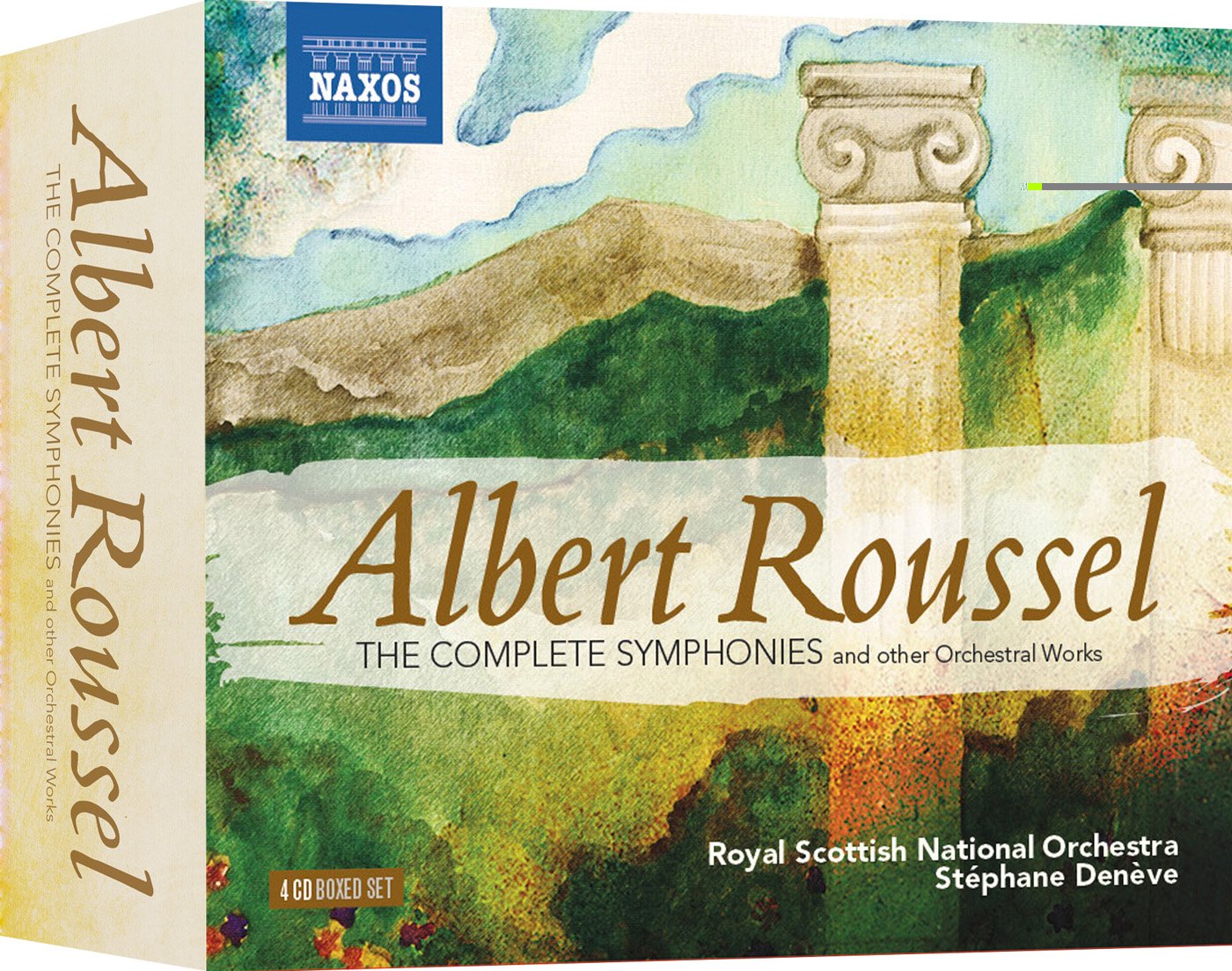